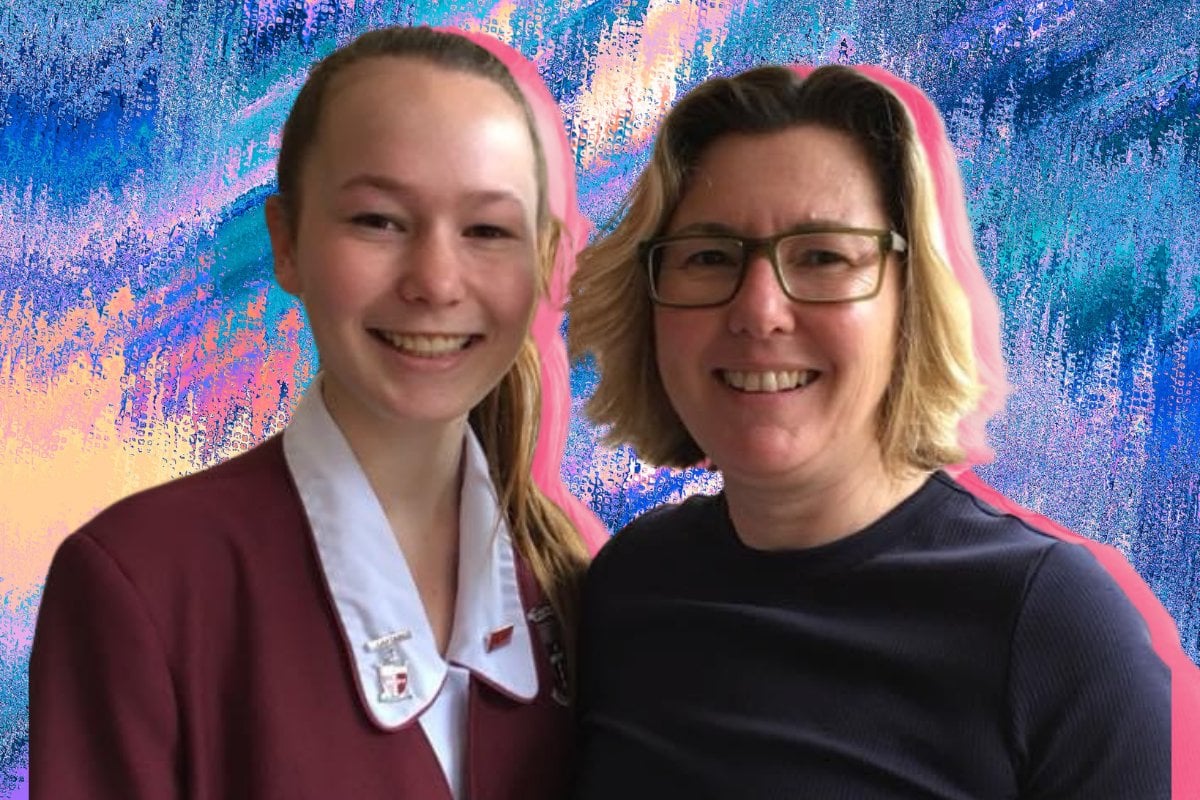 In my final year of high school, my parents separated, and my mum started seeing a 23-year-old woman.

I won’t go into too much detail on the circumstances surrounding it, as really, it shouldn't matter.

Funnily enough though, it wasn’t the complete change of my mother’s identity that was most confronting to me. It was the response of the people closest to me.

Side note: Here are the things mums never hear. Post continues below.

Arriving at friends' houses, I mentally prepared myself for what was to come. Suddenly my friends' parents would want to come down to have a chat and 'see how I’d been'.

After about 60 seconds of small talk, the concerned mother would tilt her head ever so slightly and change tone: "So how are things at home?"

It was often paired with a sad smile as if I was in some kind of dangerous situation (God forbid, I might be living with someone who isn’t attracted to her husband anymore).

Self-deprecation, or I guess, deprecating my mother, was the easiest response. I’d always add in an "at least she’s happy," to which the mums would push back, "no, but what about you? She hasn’t thought of you at all."

Often, I’d get in two-word responses as the women would get increasingly heated.

"Honestly Em, I feel awful for you. It’s disgusting."

“It’s borderline paedophilia,” one even said to me.

Coming to terms with my mother’s sexuality is weird enough on its own. Having my friends' mums offer to take me shopping or make me lunch with the implication that my own was inept was really the hardest part.

I was confused about my mum. I felt angry at her, but I couldn't really pinpoint a reason why. She was still the same person she was a day or a week earlier.

My mum and I at a sports carnival.

But a whole bunch of expectations set on her by society - the ones which kept her ashamed and in an unhappy marriage for far too long - were having a ripple effect on me.

I would cry to friends at school and when they would try to comfort me by questioning how she could put me through this, I would hurt even more.

It was a frustrating back and forth of both believing the picture everyone else was painting of my "absent" mother and having to constantly remind myself that she was still the mum I knew and loved.

It took a lot of courage for my mum to live her truth - something she had been denying for 50 years to fit the mould of marriage with a man, kids and a house in the suburbs.

And it was the overwhelming response of others that show why she kept it a secret for so long. 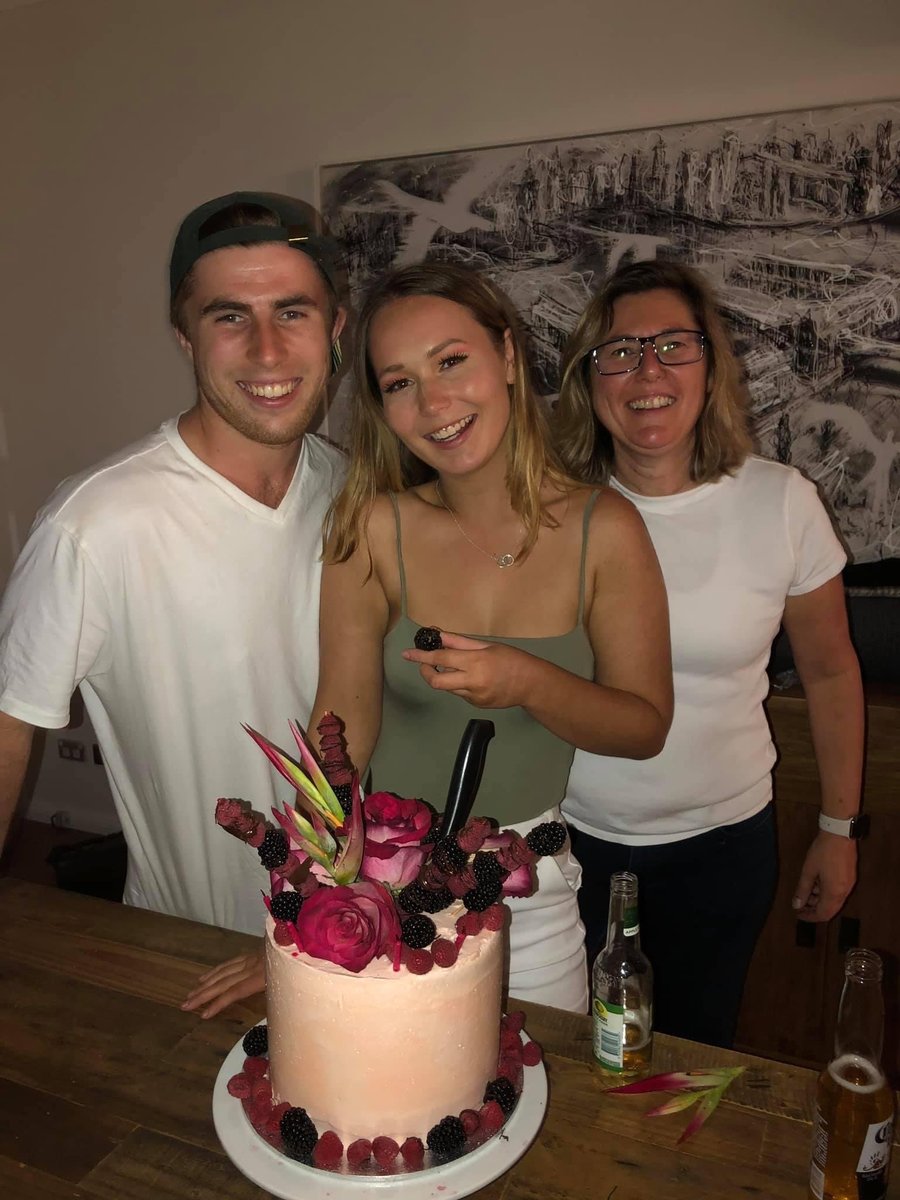 My brother, mum and I on my 18th birthday.

It's been two years since my mum came out, and admittedly, people have had bigger things to worry since then. But I still watch the effect it has had on my mum.

All of our relationships have shifted ever-so-slightly, and it's been a long time coming to terms with the fact that this is only at the fault of others.

Not mine or my mum's. 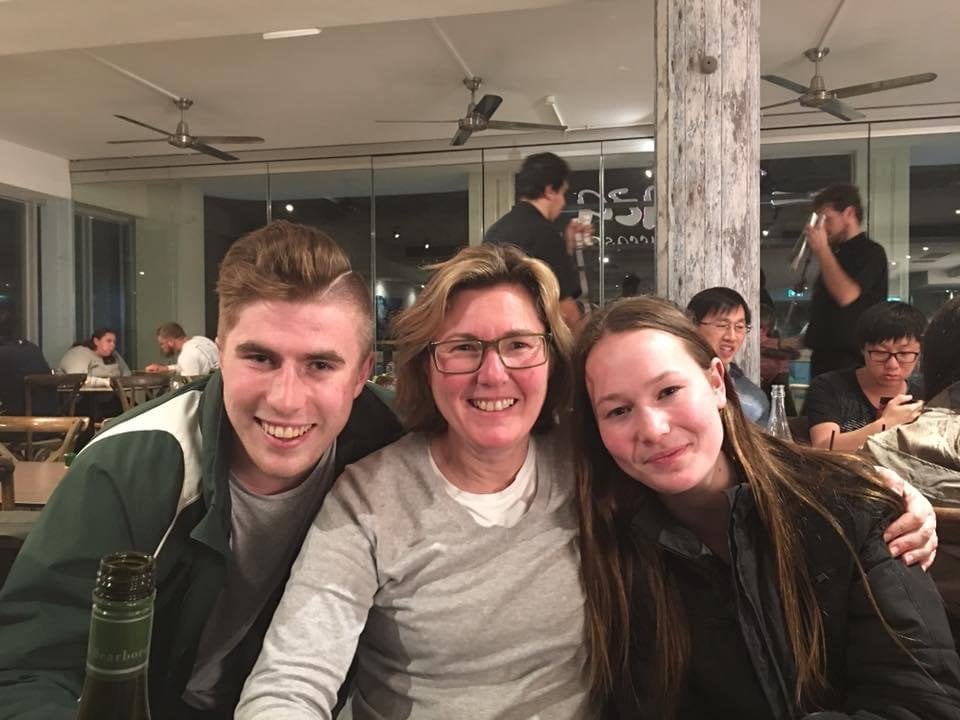 My mum and her girlfriend broke up a few weeks ago and it was interesting to see friends return to her.

The women who were "so sorry to hear" despite icing her out of the group for the duration.

I wish I could've responded in defence of my mum sooner because the shame only satisfied those who were bothered.

I wish I asked the people who thought feeling sorry for me was a warranted response, why?

My mum spent 17 years putting herself after everyone in our family no matter how hard it was for her. She gave me every opportunity she could. She volunteered at the school canteen. She drove me to all corners of Sydney for weekend sport and showed up at all of my performances.

Then she finally put herself first. And I think that was the most valuable lesson of all.

Her sexuality doesn't and shouldn't affect me in the slightest.

And I wish I told everyone who spoke to me as if her role as a mother was no longer valid, that she was a better mother than ever for doing what was right for her.

D
duckling7 a year ago

Reply
Upvote
What a wonderful article , both you and your mum sound like fab people. This is something that strikes a little close to home, except I'm the younger female partner at 24 in a relationship with a woman who's 50, and she has a daughter older than me at 27.  Here's the thing 50 year old women are allowed to have sex lives and if they click with someone younger like me they're allowed to go for it and enjoy. In my case we met on an app, she was 49 at the time and after a few weeks of talking we went on our first date, the attraction was there and we kissed a lot
With lockdown in the way, we decided to have a second date, she was going to be on her own for her 50th birthday so I decided we should spend it together. We ended up spending the entire weekend having sex and just enjoying each other , the age gap actually made the attraction even more intense if anything. We're still together 5 months later, and who knows what the future has in store, but right now we're two women just enjoying the hell out of each other. Well done to you mum for being open minded enough to date someone younger , we're worth it 😊
R
redballoon 2 years ago