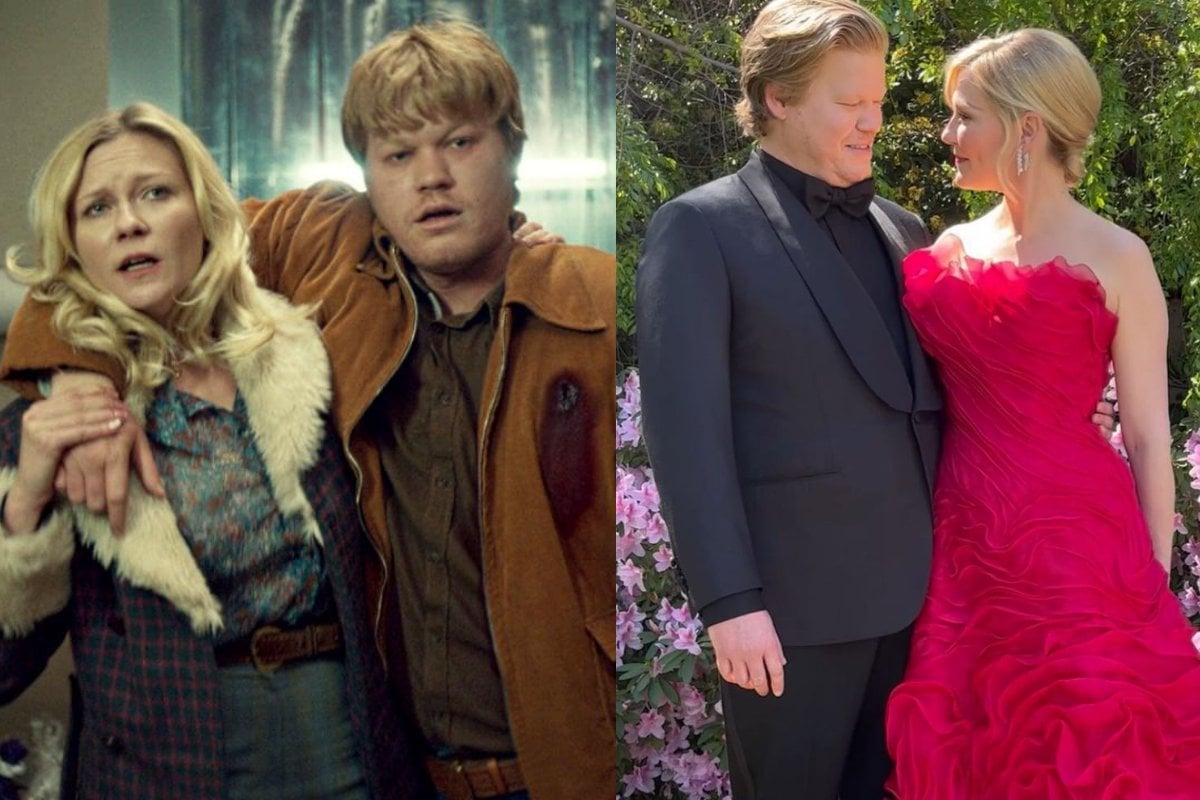 After six years together and four years engaged, Kirsten Dunst and Jesse Plemons have gotten married.

In June, the couple quietly tied the knot in an intimate ceremony at a resort in Jamaica.

Confirming the nuptials to People, Dunst's rep said that "no other details will be provided".

Here's a look back at Dunst's career and relationship.

Kirsten Dunst sees her career as a victim of nostalgia.

Drop Dead Gorgeous, though broadly panned in 1999, is now considered a cult classic. Likewise, the Sofia Coppola-directed confection Marie Antoinette (2006), though booed at Cannes, has attracted a passionate fandom in the years since.

For Dunst, it's simply too late. The critics have had their say, the box offices have closed, and the awards have been handed out.

"I feel like a lot of things I do, people like later," she mused on the In-Depth podcast in 2019.

"I don’t know. Maybe they just think I'm the girl from Bring It On."

Watch: Cheerleading comedy Bring It On is one of the most popular teen movies of the 2000s. Post continues below.

Kirsten Dunst was embedded in the entertainment industry from a young age. Fashion modelling. Television commercials.

A childhood friend recalled the aspiring actor would turn up to their New Jersey school with curlers in her hair in preparation for after-class auditions: "She’d get teased a bit for that," the friend told Vanity Fair. "But she was totally OK with it."

Dunst's mother, Inez (an artist-turned-flight attendant), said though she put her daughter in commercials from the age of three, it was the child who set the pace.

"There were times when I’d say, 'You got a birthday party and a callback, which do you want to do?'" Inez said. "She’d say, 'I'll be late to the birthday party.'"

At six, Dunst landed her first movie role: Woody Allen's New York Stories. But her breakthrough came in 1994's Interview with a Vampire, alongside Tom Cruise and Brad Pitt.

Dunst was only 11, but her performance earned her a Golden Globe nomination and roles in subsequent hit films Jumanji and Little Women. 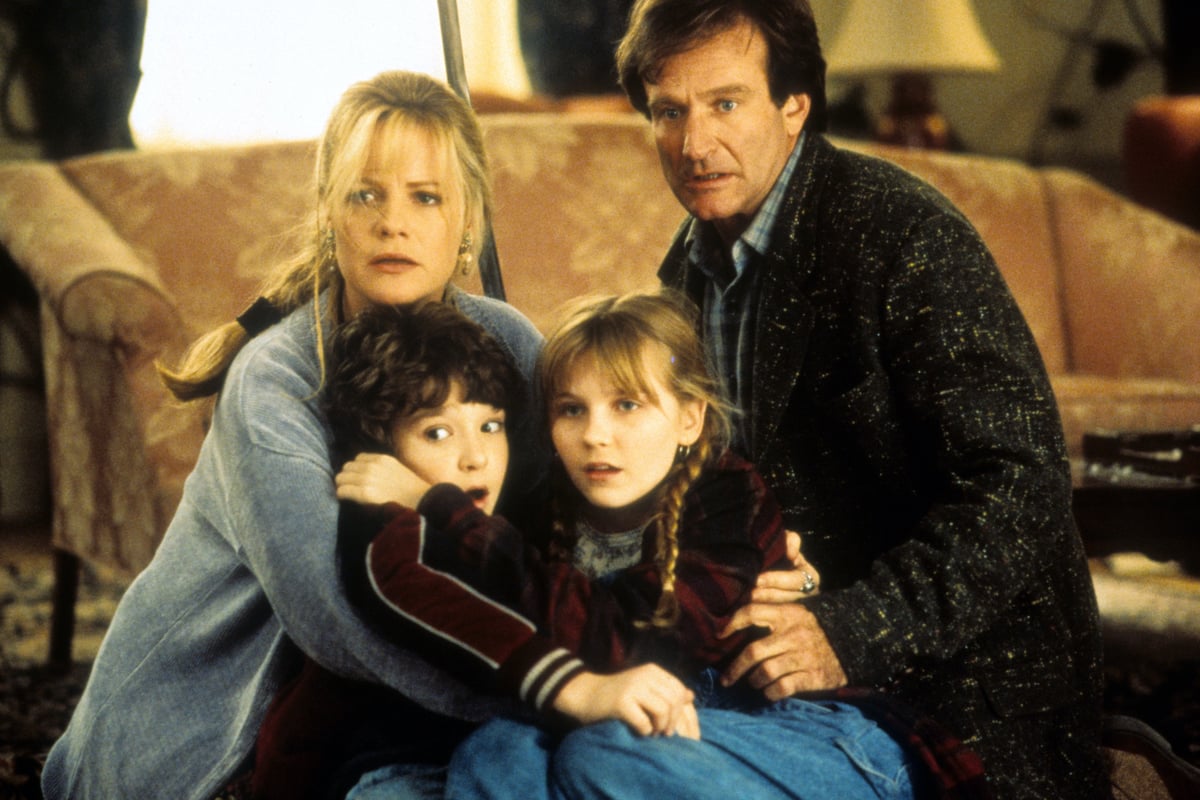 As a teenager, she transitioned into a bonafide lead with the likes of The Virgin Suicides, the hugely successful cheerleading comedy, Bring it On, and then as the titular character's redhead-next-door love interest in Spider-Man.

She feels even more jaded when looking back on that time in her life, recalling an "extreme" salary discrepancy with her Spider-Man co-star Tobey Maguire.

"The pay disparity between me and Spider-Man was very extreme. I didn't even think about it, I was just like, 'Oh yeah, Tobey is playing Spider-Man.' But you know who was on the cover of the second Spider-Man poster? Spider-Man and ME," she told The Independant in November 2021.

Dunst didn't share her salary for the film, which grossed more than US$1 billion at the box office. However, Maguire was reportedly paid US$5.4 million for the debut movie and US$23m for the 2004 sequel, Spider-Man 2. Her rumoured salary was less than half of that, at US$9.5m.

In 2017, she shared a similar sentiment with Variety.

"Because I was young, I thought, 'Oh wow, I'm getting paid a lot of money for the Spider-Man movies,'" she said.

"But definitely the men were getting paid more."

After Spider-Man, the pressure of her public profile proved immense.

In 2008, at 27, Dunst checked herself into a rehabilitation centre in Utah, citing struggles with depression.

There were rumours of substance abuse. But in a 2015 cover story interview, a Town & Country journalist wrote, "Turns out her addiction was to people-pleasing. A lifetime of doing what she was told, always being the good girl, and swallowing her feelings had led to what Dunst later described as 'extreme codependency'." 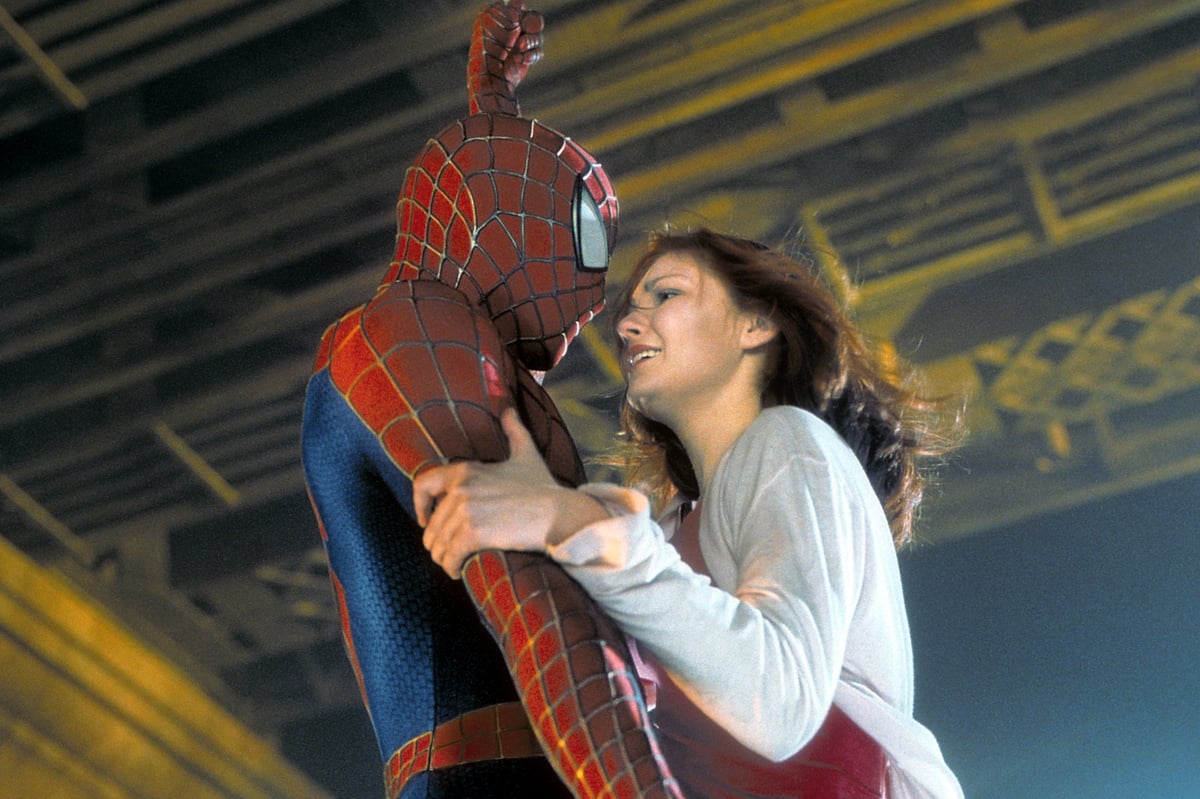 Speaking to the publication, Dunst lamented the "ridiculous" expectations heaped upon actors.

"It's unfair that an artist is expected to speak really well in public and have skin tough enough to withstand sometimes really hurtful criticism, but also, in order to do the job, be really sensitive and in touch with their feelings," she said.

"So all you can do is be yourself — just be who the hell you are."

That sentiment saw Dunst shun the blockbuster in favour of more independent, character-driven projects throughout her 30s.

Among them were several critically lauded performances. Chiefly, her turn as a depressed bride in Melancholia (2011). Though widely considered among her career-best performances, Dunst went unrecognised by the Academy Awards and Golden Globes.

But it was based on that film that Lars Von Trier cast her in the second season of television drama Fargo, for which she received a Golden Globe nomination in 2015. And where she met her now-partner, actor Jesse Plemons. 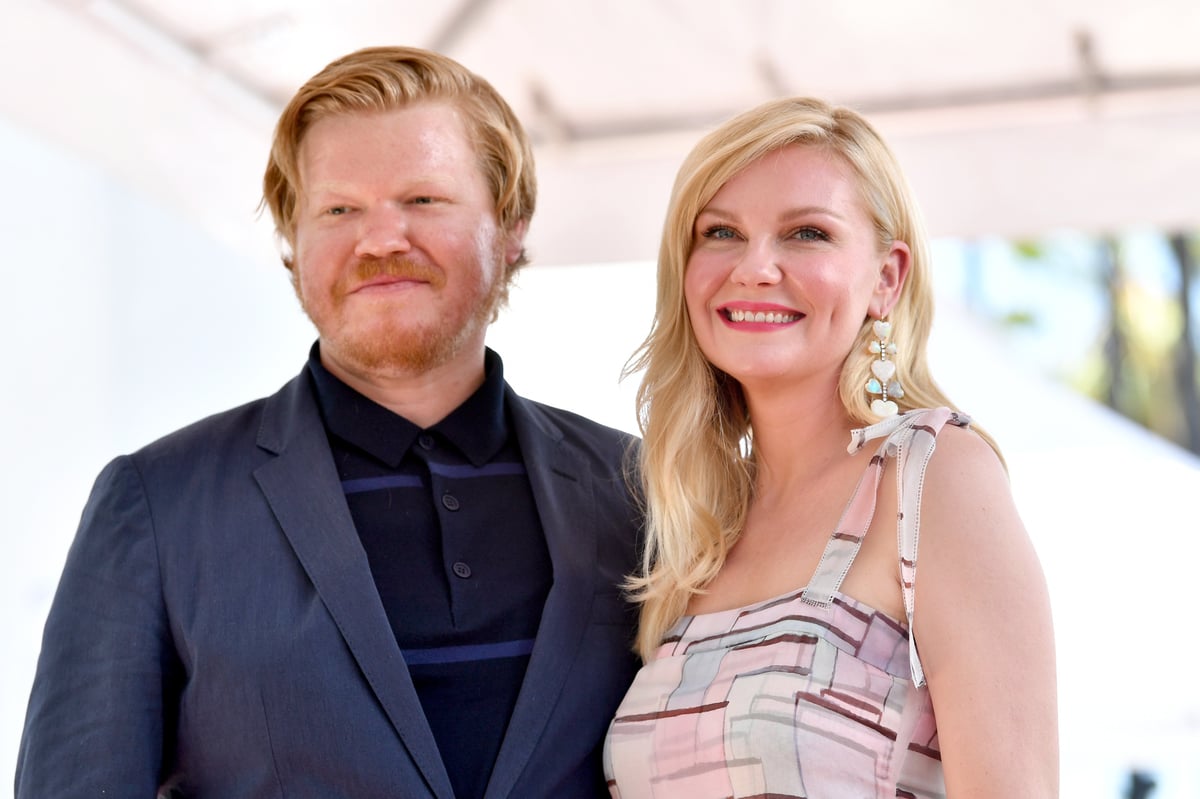 Jesse Plemons and Kirsten Dunst met in 2016 and have been engaged since 2017. Image: Getty.

The couple had their first child, a son named Ennis, in 2018, before Dunst announced she was pregnant with their second in March.

In 2021, the 39-year-old shared that her and Plemons named their second child James Robert, who they welcomed in May.

"This is the newest guy, the Big Kahuna," she said in a new interview with The New York Times

"He's an angel, but he's a hungry angel. And a heavy angel."

Outside of her family life, Dunst has continued acting.

Her role in On Being God In Central Florida brought Dunst her third Golden Globe nomination in 2019.

And in 2021, she appeared in Jane Campion's Netflix film The Power of The Dog, opposite Benedict Cumberbatch and Plemons.

She received Academy Award and Golden Globe Award nominations for Best Supporting Actress for her role.

Not bad for "the girl from Bring It On"?

Perhaps Hollywood is finally catching up.

Reply
Upvote
3 upvotes
All that fame all that money does come at a price! There are Literally thousands of great actors who don't get the recognition or the big $$$ or the opportunity like some of these self entitled Hollywood elites! This whinge fest seems to be a bit of a theme amongst some well known female actors. Of course the lead actor in Spiderman is paid more than the supporting actor who plays his love interest and I'm sure Kirsten got paid more than her male love interest in Bring It On because she was the main character . Thats the way it works! And if Kirsten had been in the sequel to Bring It On ( based on her great performance and popularity in the first movie ) then I'm sure that would have been a box office smash too and her pay would have doubled or tripled based in large part of her ability to get " Bums on seats". This is what people forget when they complain about pay disparity in Hollywood. Meryl Streep has complained of this for over 30 years now but seriously put anyone other than Arnold Scharznegger in a Terminator movie and it will Tank! Meryl's a 10 times better actor than Arnie but its less about acting skill and more about crowd appeal and box office takings!. I do like Kirsten but I really think she should be grateful for the opportunities she's had that very few ever experience.
T
therookie a year ago

Reply
Upvote
At the end of the day, she probably has a nice two story house, with a pool and most importantly a pool room for other important things like memories and baubles and trinkets. She has a life many would happily swap. Millions of dollars and thousands of fans. She has a lot to be thankful for. I would give my left pinky finger to be locked down in a mansion as opposed to my one bedroom unit.
Resources
Very Peri
Skin
News
General
Opinion
True Crime
Politics
Sport
Explainer
Entertainment
Celebrity
Reality TV
Movies
TV
Books
Rogue
Royal
Lifestyle
Beauty
Fashion
Weddings
Home
Wellness
Health
Fitness
Travel
Food
Family
Before The Bump
Pregnancy
Baby
Kids
Teens
School
Parent Opinion
Work & Money
Money
Finance
Career
Lady Startup