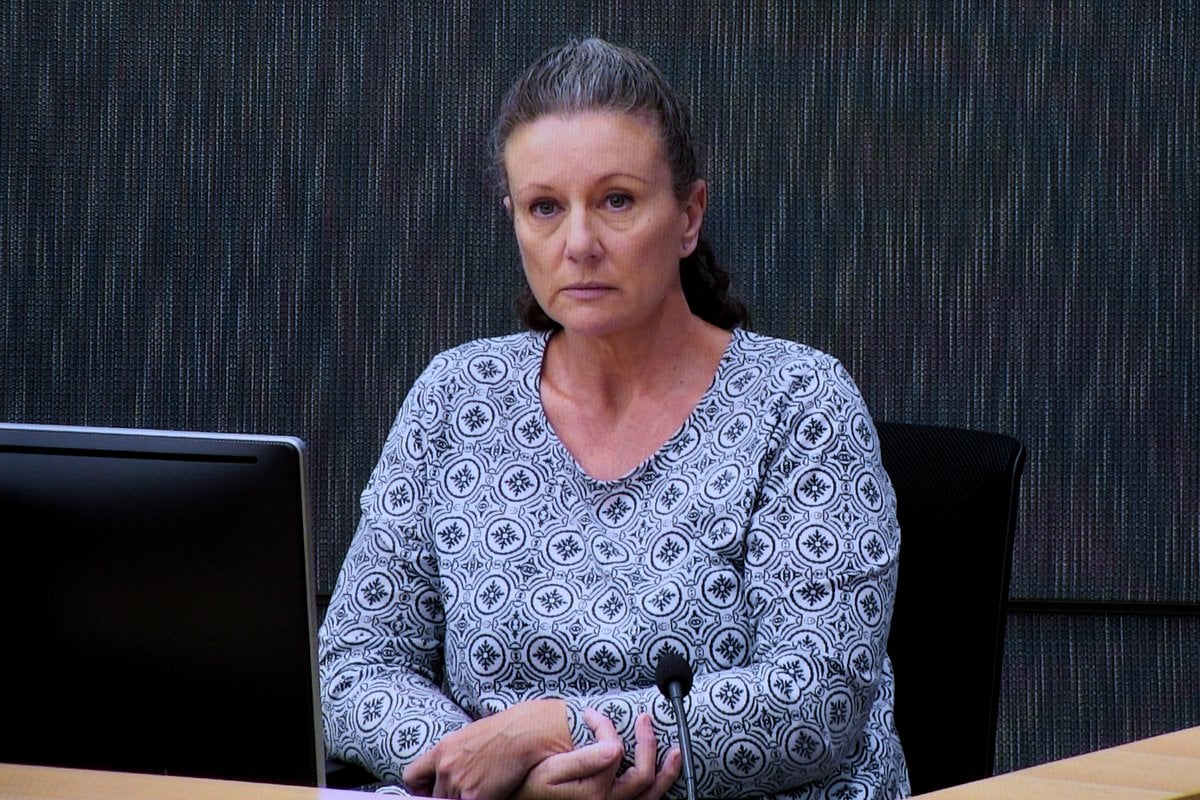 The 53-year-old, currently behind bars for the murder of her four children between 1989 and 1999, has been in prison for the past 18 years, although prominent scientists are currently petitioning for her conviction to be reversed.

But as they rally for her release, Folbigg has reportedly been 'bashed' by a fellow inmate after being transferred to a prison in Northern NSW, according to The Australian.

Here's what we know about Kathleen Folbigg's life behind bars, and why scientists believe she is innocent.

Kathleen Folbigg has spent the majority of her time behind bars in Sydney's Silverwater prison but was recently transferred to the Clarence Correctional Centre in Grafton before New Year's Eve.

In a letter to her friend, obtained by The Australian, Folbigg wrote: "In first 5 days all my forward motion and hard work to be accepted in Main Pop(ulation) in Sydney was destroyed here.

"I was ­assaulted on the 1st. Happy New Year to me. No real damage done. Purple eye, few bruises, all ­because the women didn’t want ‘likes of me’ in their unit."

Her friend told the publication that she fears for Folbigg's life while imprisoned because she is suffering "physical, emotional and psychological trauma".

Kathleen Folbigg was found guilty of killing her four children - Caleb, Laura, Sarah and Patrick - all before they turned two.

Her firstborn, Caleb Folbigg, was born on February 1, 1989. Days after his birth, he was diagnosed with a condition that affected his breathing. He had a mild form, according to court documents, and the paediatrician said he would soon grow out of it. But when he was just 19 days old, Caleb died from what they understood to be Sudden Infant Death Syndrome — the term for an unexpected and unexplained death of an apparently healthy baby.

Sarah Kathleen Folbigg was born on October 14, 1992, and died during the night in August 1993, at just ten months old. She was also born with breathing problems, and her death was attributed to SIDS, like her late brother.

In February 1999, Kathleen and husband Craig Folbigg's fourth child Laura died aged 19 months. It was only after the fourth death that questions started being asked when Craig discovered one of his wife's diaries.

Those diary entries would become one of the main sources of evidence for Kathleen Folbigg's murder trial. 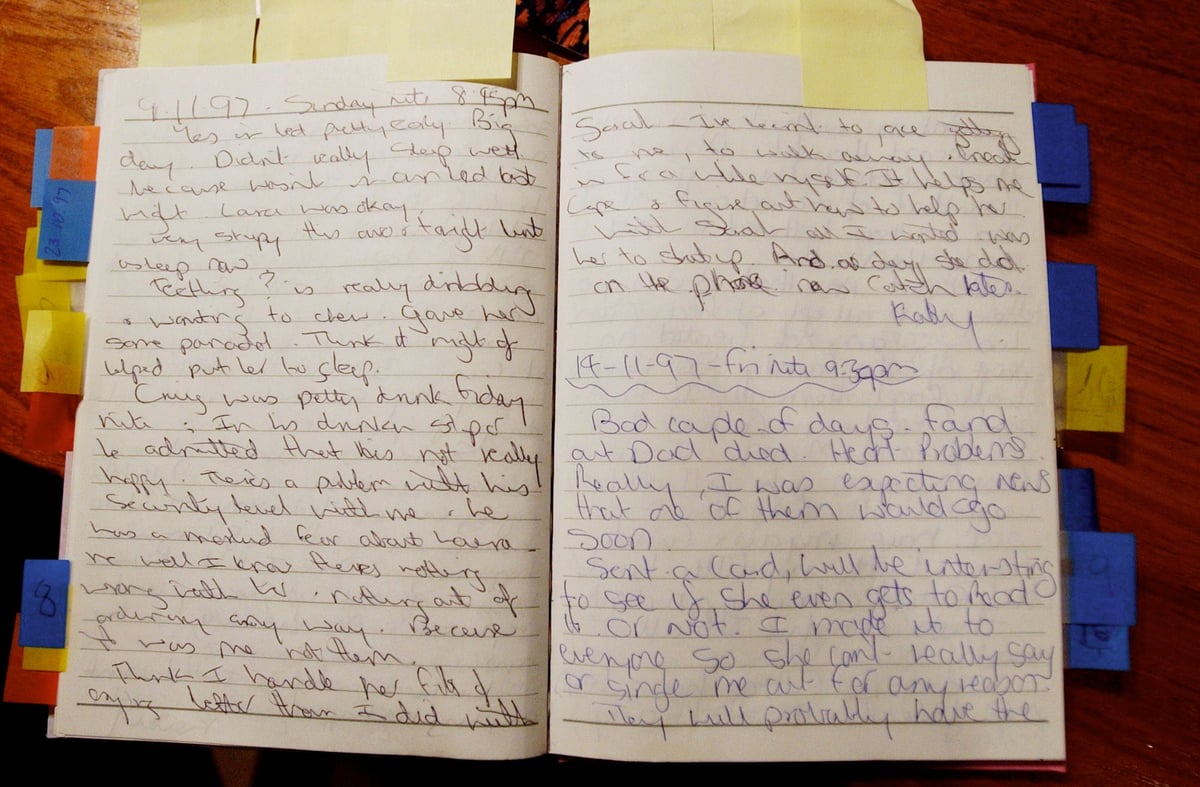 A page from one of Kathleen Folbigg's diary entries, which were used during her trial in 2003. Image: AAP.

The majority of the entries were mundane, the scribblings of an apparently exhausted mother chronicling her daily life and perceptions of parenting. "[The diaries were me] trying to figure out things," Kathleen told ABC's Australian Story in 2018, "Understand the un-understandable."

In November that same year, Kathleen wrote: "With Sarah, all I wanted was her to shut up, and one day she did."

A month later, she wrote, "Laura's a fairly good-natured baby, thank goodness. It has saved her from the fate of her siblings. I think she was warned."

Kathleen was charged with murder. During her seven-week trial in 2003, the prosecution argued that she had smothered her children to death during periods of frustration.

A jury declared her guilty of three counts of murder and one of manslaughter, despite the little physical forensic evidence to support the prosecution's case against her.

Why scientists are asking for Kathleen Folbigg to be released from prison.

There has long been a question mark over Kathleen Folbigg's guilty verdict.

"The key factor is that the science has shifted in this case, through new knowledge, to the point where this long list of incredibly learned and eminent Australians is demanding justice be served," said Ian Connellan, editor-in-chief of the Royal Institution of Australia, last week.

The petition argues that rare genetic mutations could explain the children’s sudden deaths.

"Ms Folbigg’s case also establishes a dangerous precedent as it means that cogent medical and scientific evidence can simply be ignored in preference to subjective interpretations of circumstantial evidence," it reads.

Criminologist Dr Xanthe Mallett has previously spoken with Mamamia about the lack of evidence for a murder conviction in the case of Kathleen Folbigg.

"For each of the child's death, there were natural causes that were identified at postmortem," she told Mamamia's True Crime Conversations podcast.

"Each of the children had a medical condition that was pre-diagnosed before death, and each of the deaths would have been attributed to natural causes had it not been for the fourth instance.

"Given that there was no evidence on any of the children of physical harm, nor had anyone ever seen her physically harm those children, I do not believe there is evidence beyond reasonable doubt to prove murder and the other charges for which she was found guilty. So my sense is, if she is guilty, she still shouldn't be in prison because the evidence just does not stack up."

As for the likelihood of four children dying from natural causes in one family, Dr Mallett said: "What we do know is that once you have one child die from SIDS, you're actually more likely to have another child die of it. That could be environmental, but it could also be genetic, and we just don't understand the causes well enough to be able to understand those links yet.

"But certainly at the time of the original trial there was evidence available from families in similar to the Folbiggs that looked at multiple deaths within one family and actually showed that this wasn't this unique phenomenon that was painted at trial. There is actually a number of families who do lose multiple children including four siblings."

The case for Folbigg to be freed continues.