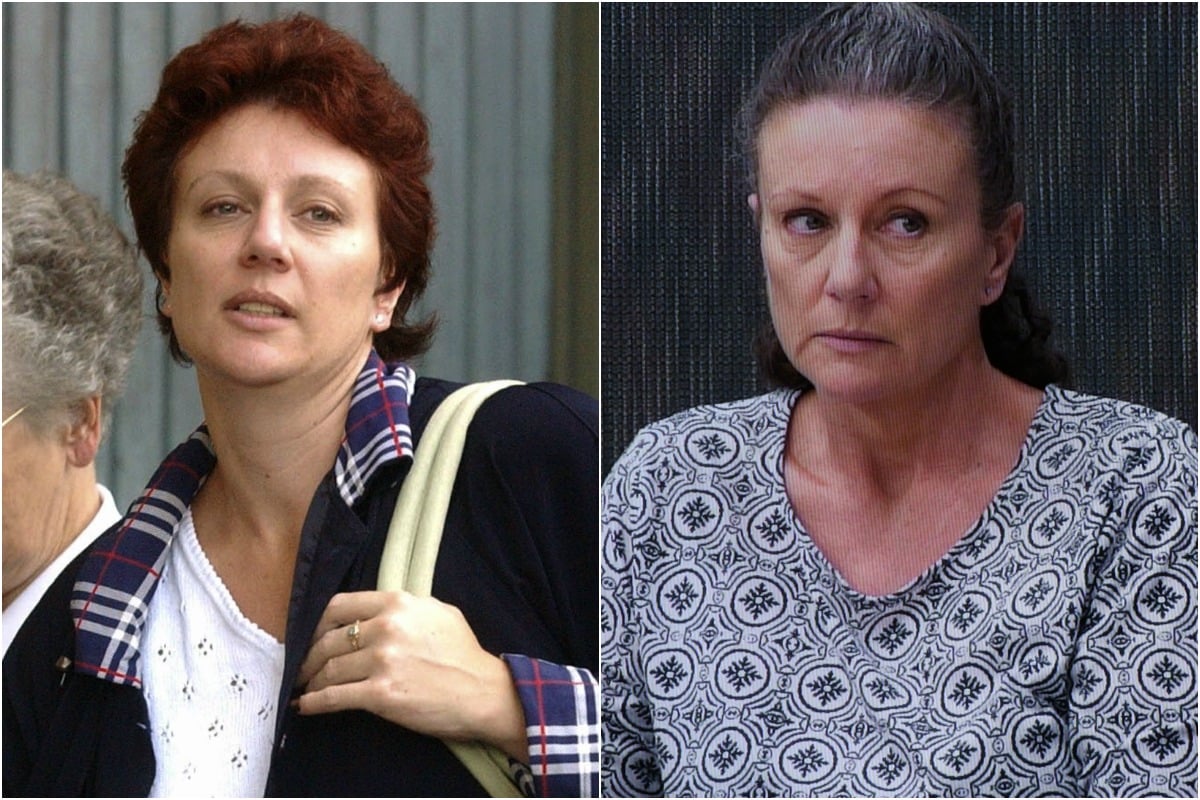 She was sentenced to 40 years in prison in 2003 for killing her four children, Caleb, Laura, Sarah and Patrick, all before they turned two.

The murders took place between 1989 and 1999 and it was Kathleen's personal diary that helped put her behind bars.

Now, 17 years later, a group of international scientists have cast doubt on her conviction in groundbreaking new evidence that suggests the now 53-year-old's children suffered from a genetic mutation that "likely" caused their deaths.

LISTEN: To Dr Xanthe Mallett walk you through the entire case. Post continues after podcast.

The deaths of Caleb, Patrick, Sarah and Laura.

In February 1989, Caleb Gibson Folbigg was found dead in his cot at just 19 days old.

He was the first child of Kathleen Folbigg and her husband Craig Gibson Folbigg, and was born with a number of breathing difficulties. His death was originally attributed to Sudden Infant Death Syndrome (SIDS), and a previous diagnosis by a paediatrician of laryngomalacia - “floppy larynx” - was noted pre-mortem.

A little over a year later in October 1990, Patrick Allen Folbigg was found in his cot not breathing. Craig awoke to the sounds of Kathleen screaming and their young son was rushed to hospital. He survived, but went on to be diagnosed with epilepsy and cortical blindness and died at just eight months old. 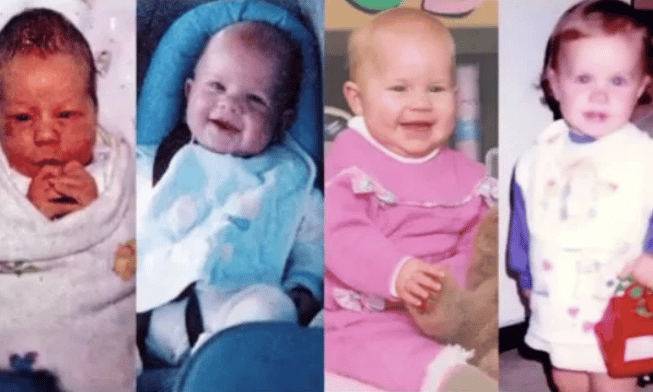 His death was also put down to SIDS.

Sarah Kathleen Folbigg was born on 14 October 1992, and died during the night in August 1993, at just ten months old. She was also born with breathing problems, and her death was attributed to SIDS.

In February 1999, Kathleen and Craig's fourth child Laura Elizabeth Folbigg died aged 19 months. It was only after this death that questions started being asked.

The diaries and murder charges.

It was a grieving Craig Folbigg who discovered Kathleen's diaries after the couple split and she moved out following Laura's death.

﻿It was the contents of that bedside drawer discovery that prompted a murder investigation, with the diaries forming the prosecution's main evidence against 34-year-old Kathleen at trial.

The majority of the entries were mundane, the scribblings of an apparently exhausted mother chronicling her daily life and perceptions of parenting. "[The diaries were me] trying to figure out things," Kathleen told ABC's Australian Story in 2018, "Understand the un-understandable."

But to prosecutors, they were alarming. 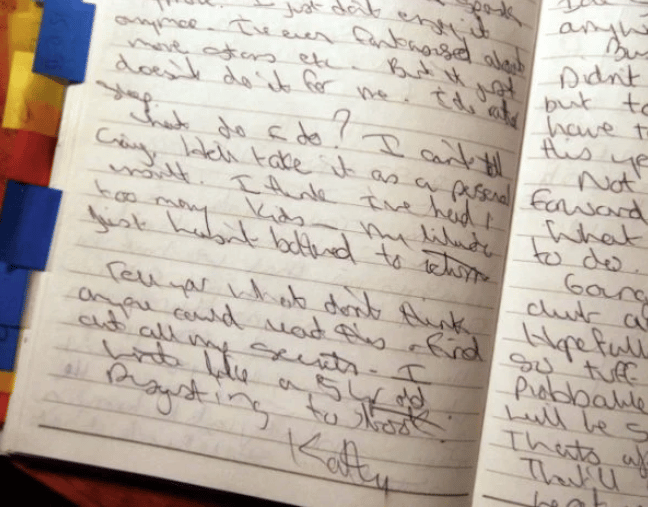 Kathleen Folbigg's diaries made up a large majority of the evidence that led to her conviction. Image: AAP.

In November that same year, Kathleen wrote: "With Sarah, all I wanted was her to shut up, and one day she did".

A month later, she wrote, "Laura's a fairly good-natured baby, thank goodness. It has saved her from the fate of her siblings. I think she was warned".

Kathleen was charged with murder. During her seven-week trial, the prosecution argued that she had smothered her children to death during periods of frustration.

A jury declared her guilty of three counts of murder and one of manslaughter on May 21, 2003, despite there being very little physical forensic evidence to support the prosecution's case against her.

She was sentenced to 40 years in prison, a sentence which was later reduced to 30 years and then 25 years on appeal.

She has always maintained her innocence, claiming the four children died from natural causes.

Kathleen's case had long divided the public, scientific and legal opinion, with many comparing it to the case of Lindy Chamberlain who was jailed for murder after a dingo killed her baby Azaria in 1980.

Alana House, a former schoolmate of Kathleen’s, has spoken out in her defence writing for Mamamia in 2012: 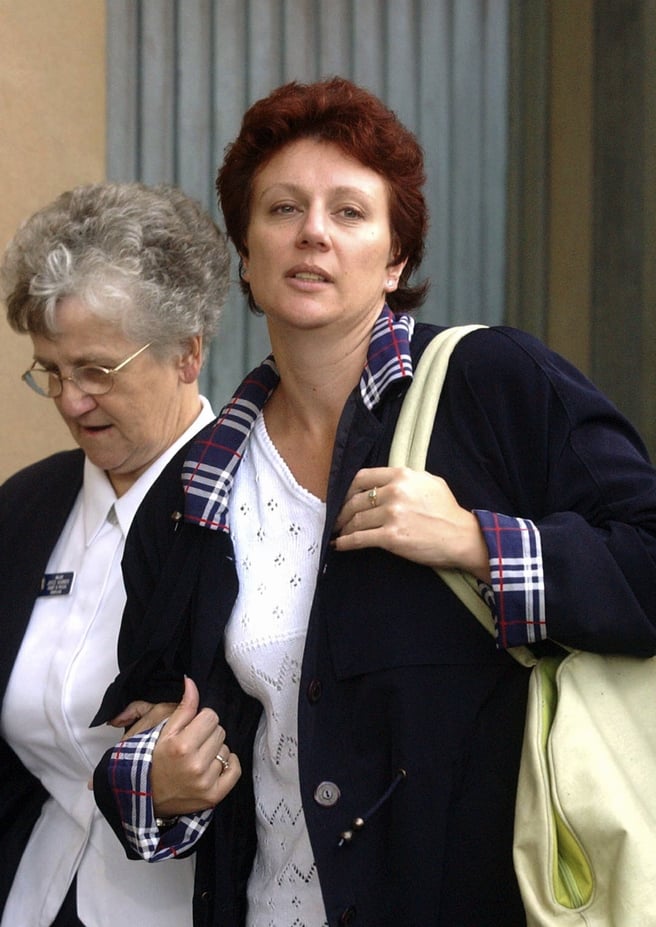 In 2013, 60 Minutes interviewed legal academic Dr Emma Cunliffe about the trial, and in particular, the medical examiner's testimony.

She said: "There was no positive evidence of homicide in relation to any child," pointing out that the medical experts who had originally ruled that the children died of natural causes "changed their opinion" without any explanation to the court. ﻿

But Kathleen's sister Lea Bown, who originally defended her sister, has since accepted her sibling's guilt.

“I went in there both barrels blasting, calling it a witch-hunt because I just couldn’t believe that anybody could do anything to children,” she told the ABC in 2014.

“It wasn’t really until the trial that I started to say yes she’s done it and it broke me, I just broke when I really realised that she had done it.”

Nicholas Cowdery, who was the New South Wales Director of Public Prosecutions at the time, also believes the jury got it right, telling the ABC in 2018: "There's been an exhaustive process. The case has been assessed by a magistrate, by a jury of 12, which was unanimous in convicting, by the Court of Criminal Appeal, and the High Court has seen nothing to be concerned about in the way in which the convictions have been recorded."

Dr Xanthe Mallett, a trained forensic scientist and criminologist and author of Mothers Who Murder, told Mamamia's True Crime Conversations: "for each of the child's deaths there were natural causes that were identified at postmortem, and each of the children had a medical condition that was pre-diagnosed before death.

"Given there was no evidence on any of the children of physical harm, nor had anyone ever seen her physically harm those children, I do not believe there is evidence beyond reasonable doubt to prove murder. My sense is, if she's guilty she still shouldn't be in prison because the evidence just does not stack up."

The 2019 inquiry that 'reinforced' her guilt.

"I don't know why any of my children died, but I didn't kill them," Kathleen told the court during the inquiry. "I didn't kill my children. And these diaries are a record of just how depressed... and [what] a struggle I was having." 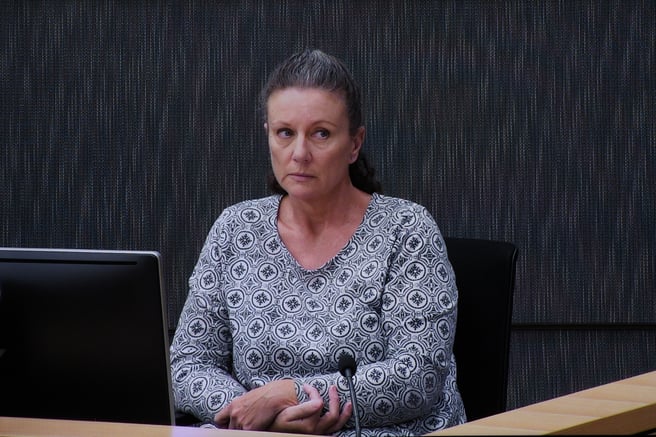 Kathleen Folbigg during the 2018/19 inquiry into her case. Image: AAP/Joel Carrett.

The findings of the year long probe acknowledged that while medical evidence alone "neither proves nor disproves that any of the children were smothered",  the inquiry "failed to identify a reasonable natural explanation" for the children's deaths.

"The investigations of the Inquiry have instead produced evidence that reinforces Ms Folbigg’s guilt," the report read.

"The only conclusion reasonably open is that somebody intentionally caused harm to the children, and smothering was the obvious method. The evidence pointed to no person other than Ms Folbigg."

Fresh genetic evidence has been published in top international cardiology journal, Europace, that raises new questions about the conviction of Kathleen.

In a symposium held yesterday, Professor Carola Vinuesa, from Australian National University, who is an author on the paper, spoke about the research that was pulled together by an international team of 27 scientists from Australia, Denmark, Italy, Canada, the United States and France.

They found that the Folbigg's daughters inherited a never before reported on genetic mutation from their mother that "likely" caused their deaths.

The “G114R” variant in the CALM2 gene, which is predicted to cause lethal cardiac arrhythmias, was found in both Laura and Sarah with the paper stating: "A fatal arrhythmic event in both (girls) may have been triggered by their intercurrent infections."

Professor Vinuesa said: "This discovery could help mothers across the globe. Whole genome sequencing has the potential to explain sudden infant deaths." 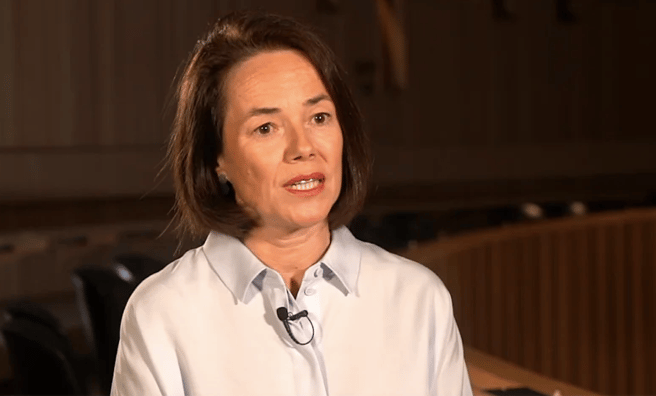 A different mutation was found in the Folbigg's sons, that the team suggested could also explain their deaths.

The scientists found that both Caleb and Patrick carry two mutated copies of a gene which, when defective, causes early onset lethal epilepsy in mice.

Patrick had epilepsy four months before he died.

While Professor Vineusa says further research is required, she says it highlights that a single unifying cause of death in the four children is not needed to explain their deaths.

Speaking to True Crime Conversations in June 2020, mere months before these findings were published, Dr Mallett said: "What we do know is that once you have one child die from SIDS, you're actually more likely to have another child die of it. That could be environmental, but it could also be genetic, and we just don't understand the causes well enough to be able to understand those links yet.

"But certainly at the time of the original trial there was evidence available from families in similar to the Folbiggs that looked at multiple deaths within one family and actually showed that this wasn't this unique phenomenon that was painted at trial. There is actually a number of families who do lose multiple children including four siblings.

"The science just hasn't caught up yet to tell us specifically what genes have caused this. But we're getting closer."

Perhaps these findings are evidence of just that, science catching up.

What's next for Kathleen?

Kathleen remains in Cessnock Correctional Centre, but has a hearing set for later this month to review the findings made by last year's inquiry.

Her lawyers will be using this fresh genetic evidence to push for her case to be referred to the Court of Criminal Appeal.