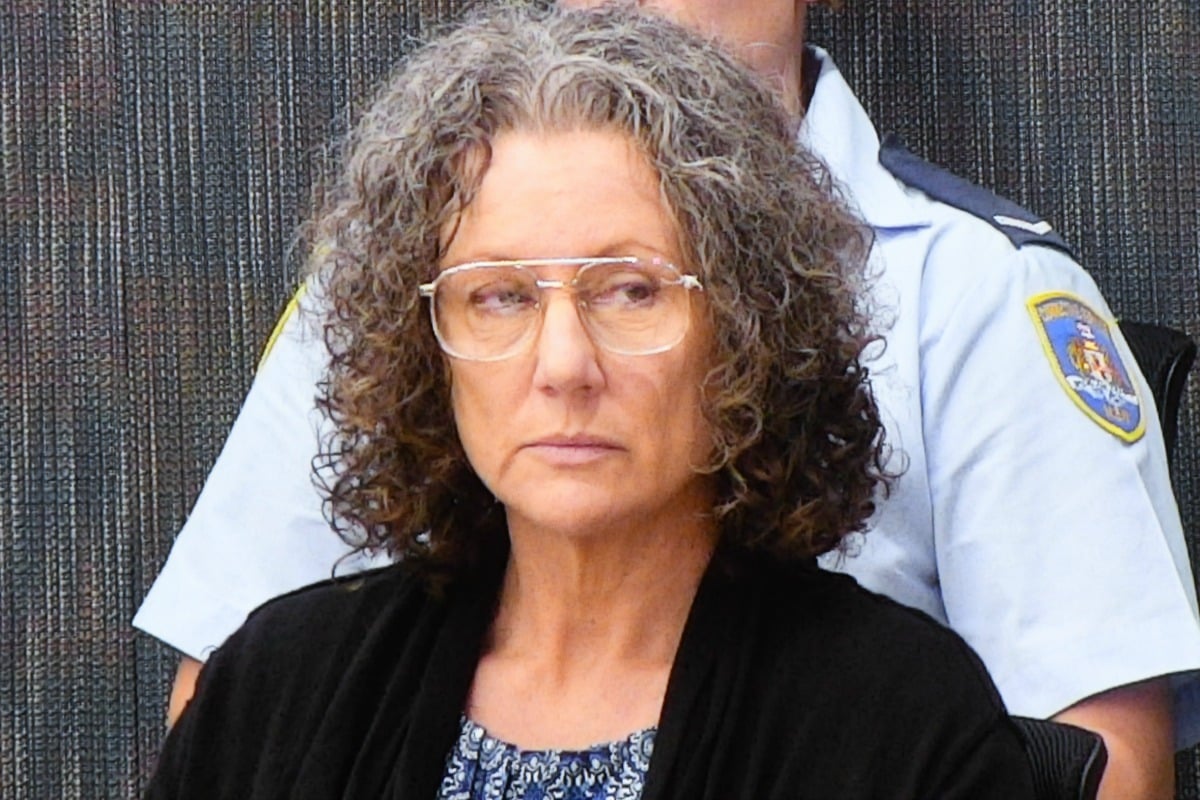 Warning: This post deals with the deaths of four young children.

In 2003, Kathleen Folbigg was jailed for the murders and manslaughter of her four infant children.

Her four children – Caleb, Patrick, Sarah and Laura – were aged between just 19 days and 19 months when they passed away at home between 1989 and 1999.

To this day, the New South Wales based mother has maintained her innocence. After all, for years, it was believed the four children had simply died of natural causes.

Now, over a decade on from her conviction, Kathleen is “always searching for why” her four infant children died.

Watch a clip from Kathleen Folbigg’s story on Australian Story below. Post continues after video…

Taking the stand in the NSW Coroners Court yesterday, Kathleen explained the diary entries uncovered by her now ex husband which painted a damning picture of her guilt and led to her arrest and conviction.

“I’m always searching for why, it never stops,” the 51-year-old, who is serving a minimum 25-year sentence, said on Monday.

Barrister Chris Maxwell QC for the Office of the Director of Public Prosecutions responded, “I suggest you know why and that’s because you smothered them,” which Kathleen denied.

“I don’t know why any of my children died, but I didn’t kill them,” she told the court.

“I didn’t kill my children. And these diaries are a record of just how depressed… and [what] a struggle I was having.”

Six of Kathleen’s diaries are currently being examined before the inquiry.

During the inquiry, the barrister cited an October 1997 entry, four years after Sarah's death, in which Kathleen wrote: "I think I am more patient with Laura. I take the time to figure what is wrong now instead of just snapping my cog".

He argued frustration and "snapping your cog" are completely different concepts.

"At the time I didn't differentiate between them. If I was slightly frustrated that equalled me being out of control in some fashion, which equalled me snapping my cog," she responded.

The diaries also included comments such as Laura being "a fairly good-natured baby" which "saved her from the fate of her siblings".

Kathleen denied this was a "heartless" way to describe her dead daughter.

Mr Maxwell said: "You're saying there that you were that 'bit of help'."

She replied: "I'm saying that God, a higher power or another decision or even my children and Sarah deciding that she didn't want to stay was the 'bit of help', not me."

Following her response, the barrister accused the 51-year-old of minimising the meaning of her words and providing "farcical" explanations.

What's next in Kathleen Folbigg's inquiry?

Ex-NSW District Court chief judge Reginald Blanch QC, who is presiding over the inquiry, will prepare a report on its results for the NSW governor.