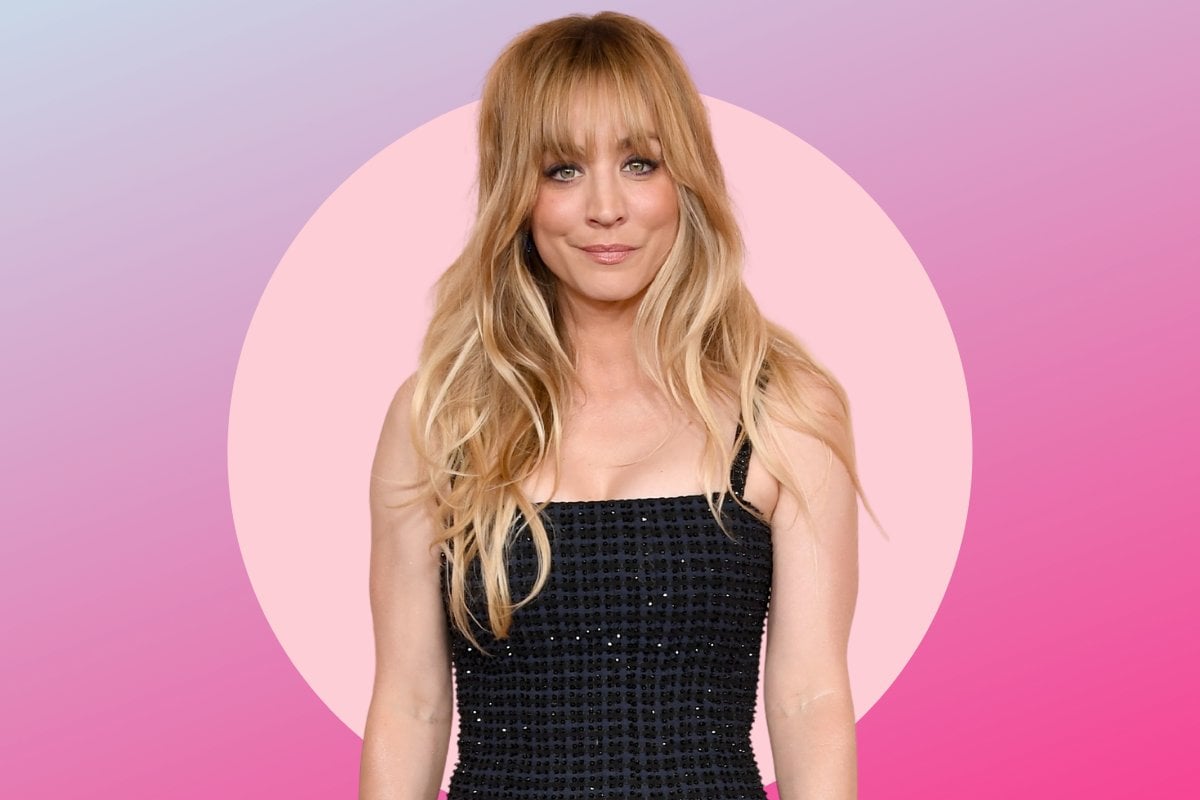 After two marriages, Kaley Cuoco has vowed to never tie the knot again.

Speaking to Glamour for their April cover story, the actress said: "I will never get married again. Absolutely not. You can literally put that on the cover."

"[At my wedding], I felt like a rock star and a badass. What was amazing in that room, it was so full of love. It was like nothing I'd ever been to before, and it was exactly what we wanted it to be. It was the eighth wonder of the world, the greatest wedding of all time." 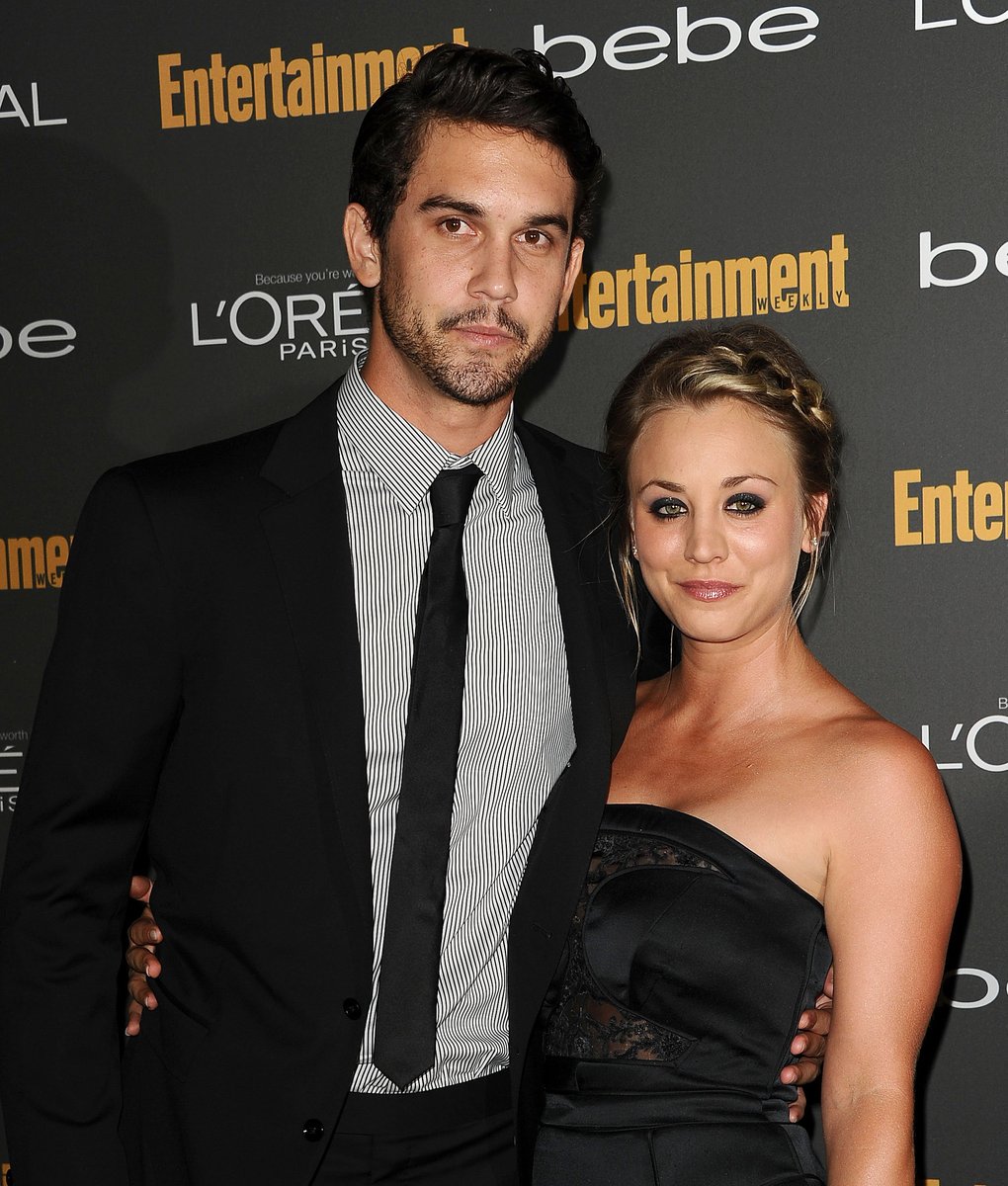 After 21 months of marriage, Cuoco filed for divorce from Sweeting.

She told Ellen DeGeneres in 2016 the divorce had been "rough", and she'd had to cover up a tattoo of their wedding date on her back with a large moth.

"The significance [of the moth] is... it was big enough to cover the numbers," she joked.

She told the New York Post in 2017 she felt Sweeting had changed, and alluded to tabloid speculation of the tennis star's alleged addiction to painkillers: "A little bit after we got married, I started feeling like something was off," she said.

"You just have to want to help yourself. You can love someone so much, but if you don't love yourself, it doesn't matter, because you can't accept love."

The following year, she repeated that sentiment to Cosmopolitan.

"The person I ended up with was not the person I originally met," she said. "And that wasn't my fault. That was his."

Their divorce was finalised in June 2016, two months after she started dating Karl Cook, a professional equestrian and son of billionaire Scott Cook. 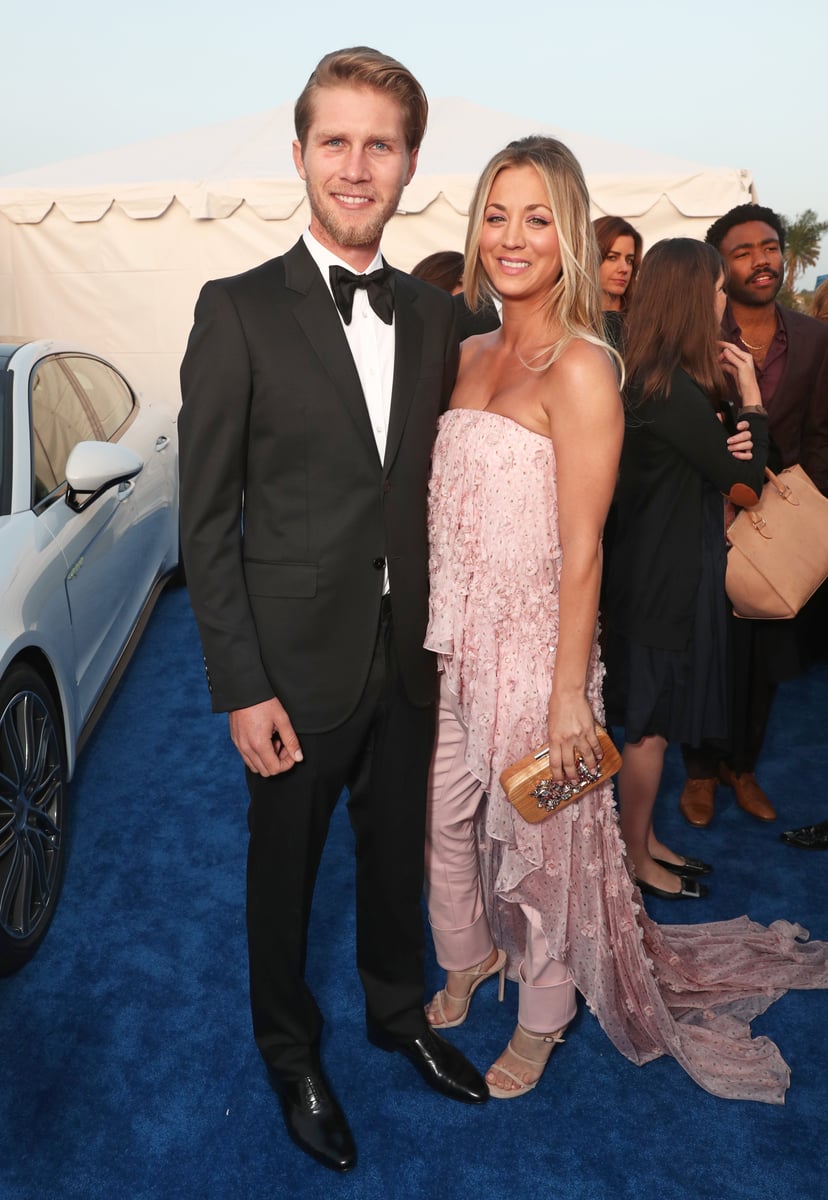 In September 2016, the couple made their red carpet debut at the Longines Masters Los Angeles Gala, and just over a year later, in November 2017, Cook proposed on Cuoco's 32nd birthday.

"After nearly two years I finally got up the courage to ask her to marry me. This is the best night of my life," Cook captioned an Instagram video, announcing the exciting news.

In June 2018, the couple got married at a ranch in San Diego, California, in front of family, friends, and Cuoco's Big Bang Theory co-stars.

After her wedding to Cook, Cuoco announced that instead of going on a honeymoon, she underwent shoulder surgery.

"When your 'honeymoon' is shoulder surgery and your husband looks just as happy lol," Cuoco captioned an Instagram photo of herself after surgery.

After nearly six months of marriage, the couple later went on their honeymoon to Switzerland.

In August 2019, Cuoco shared that she and Cook were still were not living together, but were in the process of building their dream home.

"We have a very unconventional marriage, you know," she told E! News. "We have different locations that we're at a lot. You know, we're not together every single day and I think, personally, it's important, it works well for us."

Appearing on the Brad Behaviour podcast, Cuoco admitted that this time around she was hesitant to "rush into things".

"Yes, we have separate lives and then our lives come together and he's so supportive of me," she said.

"He lets me be me and I let him be him... I've obviously never been in a better relationship and I want this to last the rest of my life so in a way, we're actually taking it slow."

In March 2020, Cuoco shared that she and Cook had moved in together after almost two years of marriage.

A month later, she told Jimmy Kimmel that the COVID-19 lockdown pushed them to take that next step.

"This quarantine has actually forced us to move in together, it's been great for our relationship," Cuoco said. "And we like each other, we realised! Which is even better."

However, she later told Conan that their living situation was temporary.

"He's out. This is just for the quarantine. I don't want to give the wrong impression here," she said.

Three months before announcing their split, the couple celebrated their third wedding anniversary.

"NY, June 30th, 2016 is the year we met. Two years to the day before we got married and now three years married! Why have you stayed married to me for so long?! I’m sincerely impressed," Cuoco wrote on Instagram.

In September 2021, Cuoco and Cook announced their separation.

Sharing the news via joint statement with People, they said: "Despite a deep love and respect for one another, we have realised that our current paths have taken us in opposite directions.

"We have both shared so much of our journey publicly so while we would prefer to keep this aspect of our personal life private, we wanted to be forthcoming in our truth together. There is no anger or animosity, quite the contrary."

The pair added that they have an "immense amount of respect and consideration for one another" and will not be sharing additional information about their split.

When speaking to Glamour recently, the actress said she "would love a long-lasting relationship or partnership", but has no interest in making it legally binding.

"I believe in love because I've had incredible relationships. I know that they're out there," she said. "I like being someone's partner and having that companionship."

Cuoco also admitted that she struggles to balance work and love.

"I'm so black-and-white, and trying to find the grey is just very hard for me," she said.

"I want to have a relationship that I give my time to and that the person feels [like they’re] really part of my life. I get so distracted with work and I want to have that in the future.

She added: "I know now what I wasn't doing [in previous relationships]. I want to change that. I really know where I've f**ked up, and I don't want to do that again."