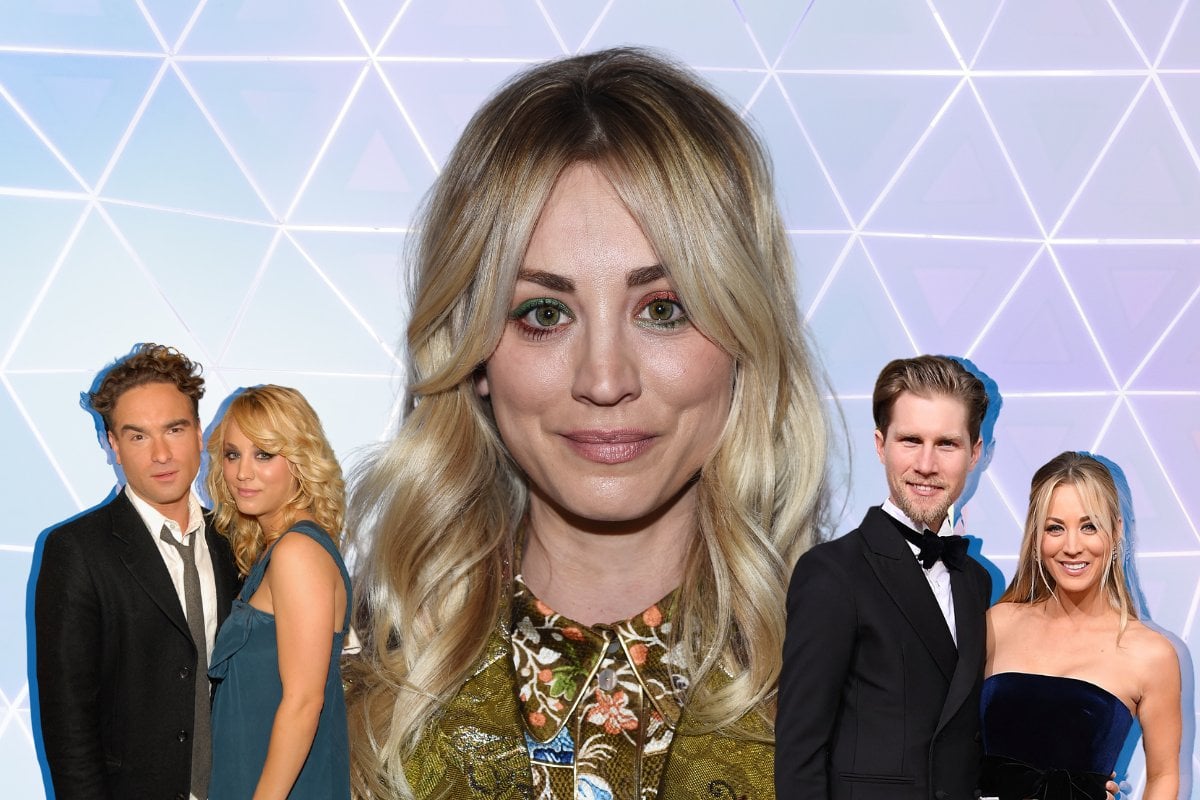 A year on from saying goodbye to her The Big Bang Theory character Penny, Kaley Cuoco is starring in a series that could not be more different.

In The Flight Attendant, which hits streaming service Binge in Australia on Thursday, Cuoco plays an international flight attendant with a drinking problem who wakes up next to the brutally murdered body of a man she'd spent the night with.

Yeah, there are no science jokes here.

In promoting The Flight Attendant, Cuoco has unsurprisingly been unable to avoid questions about Big Bang - not that she even wants to.

"Every job I get, I owe to Big Bang," Cuoco told news.com.au. I feel strongly that way because it changed my life. I wouldn't be here without it, so it would be crazy for me to shy away from it.

"I'm so proud of that show and what we did."

The Big Bang Theory ran for 12 years and made Cuoco one of the highest paid TV stars in the world, but the 34-year-old's career begun more than a decade earlier.

In fact, her first acting credit was in 1992 thriller Quicksand: No Escape, which was released when she was just six. Other early roles included a young Angela Chase in My So-Called Life and young Ellen in Ellen DeGeneres' sitcom Ellen.

In 2002, aged 16, Cuoco began starring as Bridget in 8 Simple Rules, alongside John Ritter and Katey Sagal.

She told Cosmopolitan in 2014 she underwent a breast augmentation in 2004 aged 18, saying it was the "best decision" she ever made.

"I had no boobs," she explained to the magazine. "And it really was the best thing ever. I always felt ill-proportioned. My implants made me feel more confident in my body." 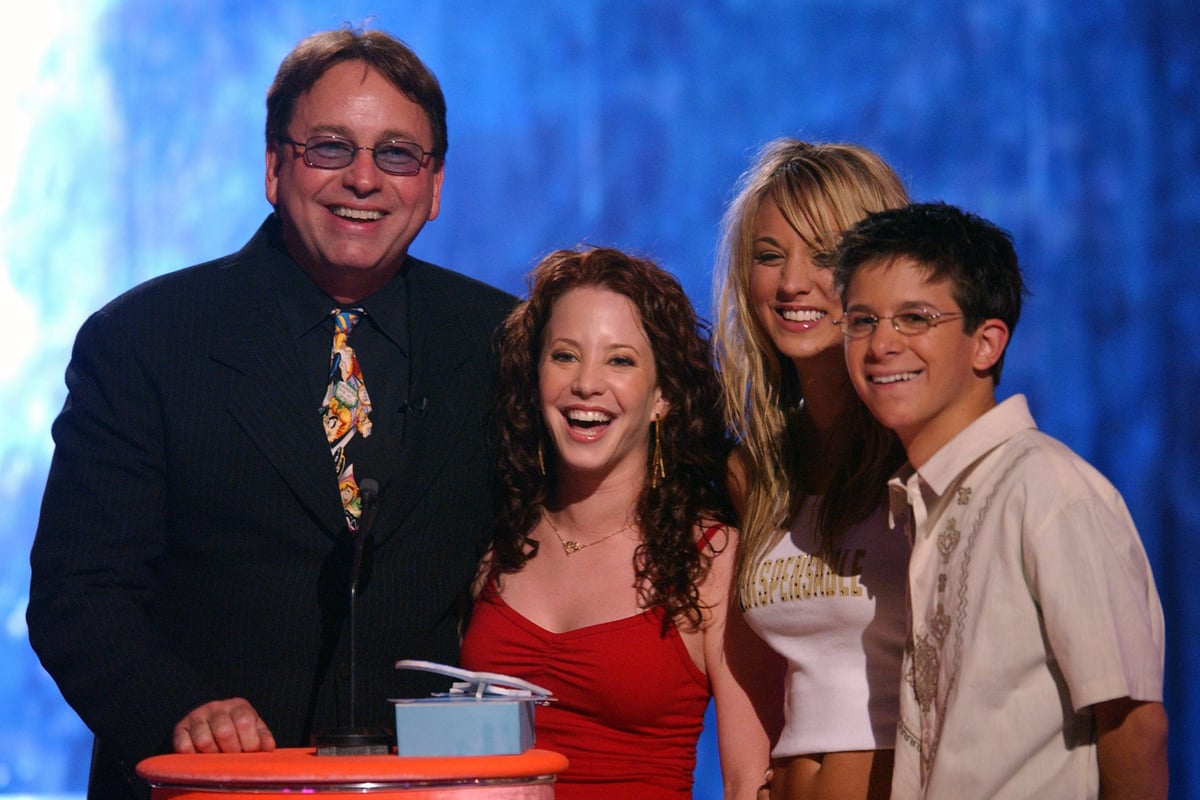 In 2007, The Big Bang Theory began and after a slow start in ratings, grew to television's highest rated comedy.

She only revealed the relationship in 2010, after they'd broken up.

"It was a wonderful relationship but we never spoke a word about it and never went anywhere together. We were so protective of ourselves and the show and didn't want anything to ruin that," she told CBS Watch!.

"But that also made it sad, too. That's not the kind of relationship I want - I don't want to be hiding. We couldn't do anything. It wasn't as fun as we wanted it to be. Everyone was always asking, and we deny-deny-denied. And I'm like, 'Why am I denying this person that I love?' It took a little bit of a toll on me and I think it did for him, too. Not that I want to go traipsing down a red carpet with anyone, but there's got to be a happy medium." 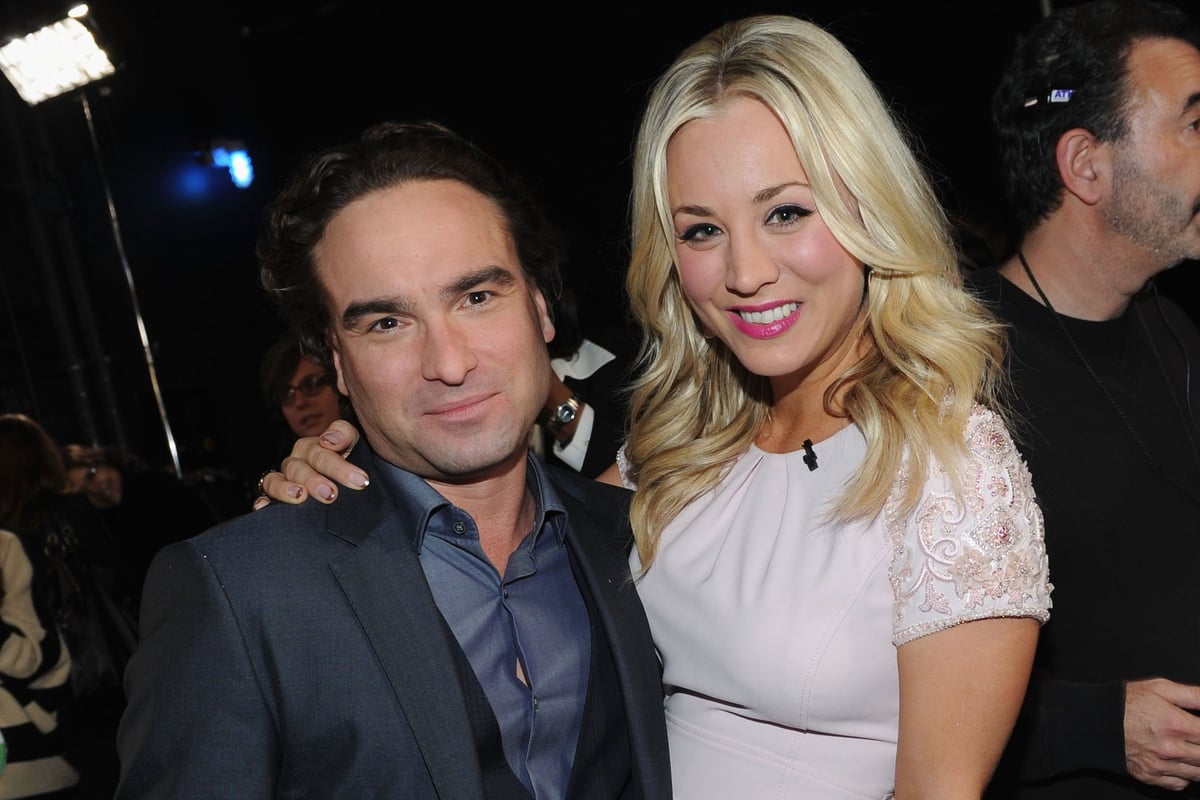 The former couple continued to work together directly after their breakup - and for another 10 years after that.

"We dodged a huge bullet. Dodged a war," Cuoco said.

In 2011, Cuoco became engaged to addiction specialist Josh Resnik, but she told ET in 2012 they had called time on their relationship.

After years of keeping her private life under wraps, in 2013 her dating life was suddenly the topic of tabloid speculation.

All because she'd been spotted with Superman.

Of all her relationships the public knew about, this one was the most inconsequential. In July of that year, Cuoco was spotted multiple times with Henry Cavill - though they split after 10 days and only a handful of dates.

Yet somehow, this was all anyone cared about.

"I had no-one following me until I met Superman," Cuoco told Cosmopolitan in 2014.

"I've been in this business for 20 years, and my whole life I could go anywhere, do anything. There had not been one paparazzi photo of me until like several months ago. The recognition was crazy." 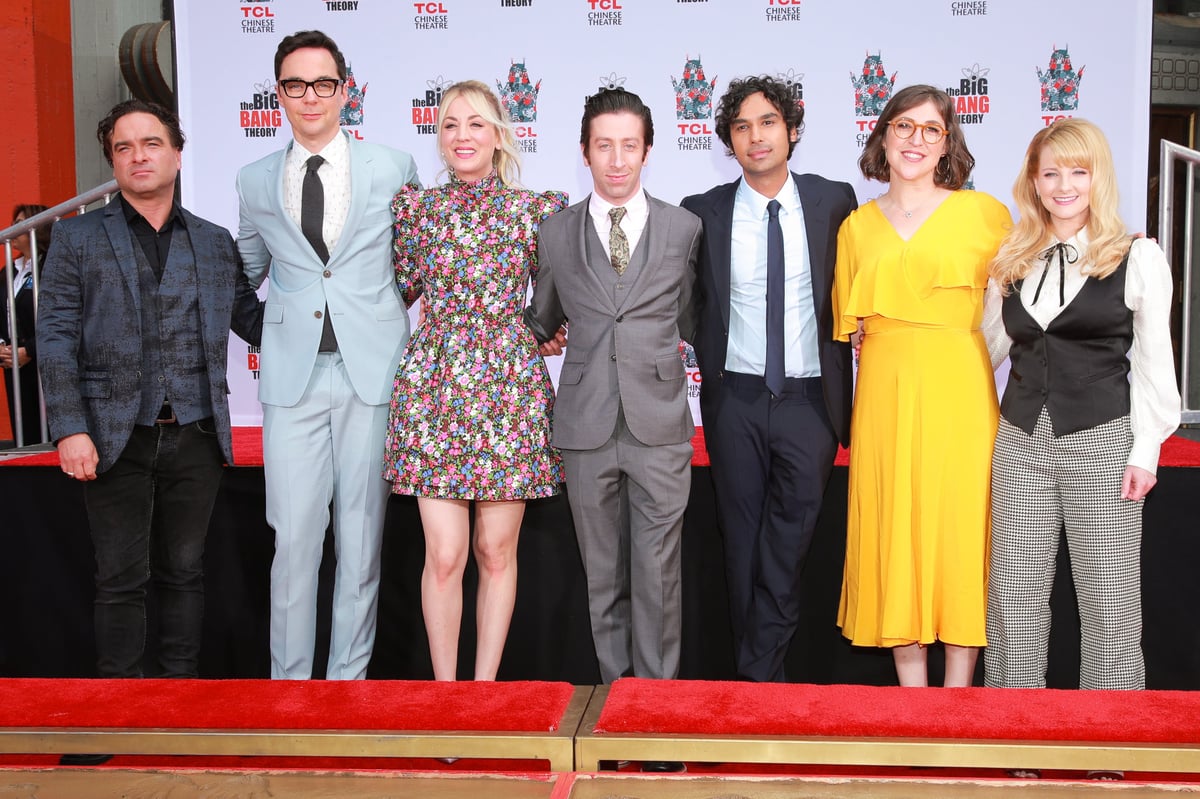 After three months together, they were engaged in September 2013 and married on New Year's Eve that year.

"I admit it happened fast, but that's who I am," she said in her Cosmopolitan interview.

"[At my wedding], I felt like a rock star and a badass. What was amazing in that room, it was so full of love. It was like nothing I'd ever been to before, and it was exactly what we wanted it to be. It was the eighth wonder of the world, the greatest wedding of all time."

She also confirmed Galecki had attended, as he'd become one of her best friends.

"By the grace of God, we became best buddies and moved on in such an elegant way," she explained.

"He's one of my closest friends. He was in the front row at my wedding, with a huge smile on his face."

After 21 months of marriage, Cuoco filed for divorce from Sweeting.

She told Ellen DeGeneres in 2016 the divorce had been "rough", and she'd had to cover up a tattoo of their wedding date on her back with a large moth.

"The significance [of the moth] is... it was big enough to cover the numbers," she joked.

She told the New York Post in 2017 she felt he had changed, and alluded to tabloid speculation of Sweeting's alleged addiction to painkillers: "A little bit after we got married, I started feeling like something was off," she said.

"You just have to want to help yourself. You can love someone so much, but if you don't love yourself, it doesn't matter, because you can't accept love."

The following year, she repeated that sentiment to Cosmo.

"The person I ended up with was not the person I originally met," she said. "And that wasn't my fault. That was his."

The speed of her relationship with Speeding did teach her lessons she applied after meeting equestrian Karl Cook in 2016. 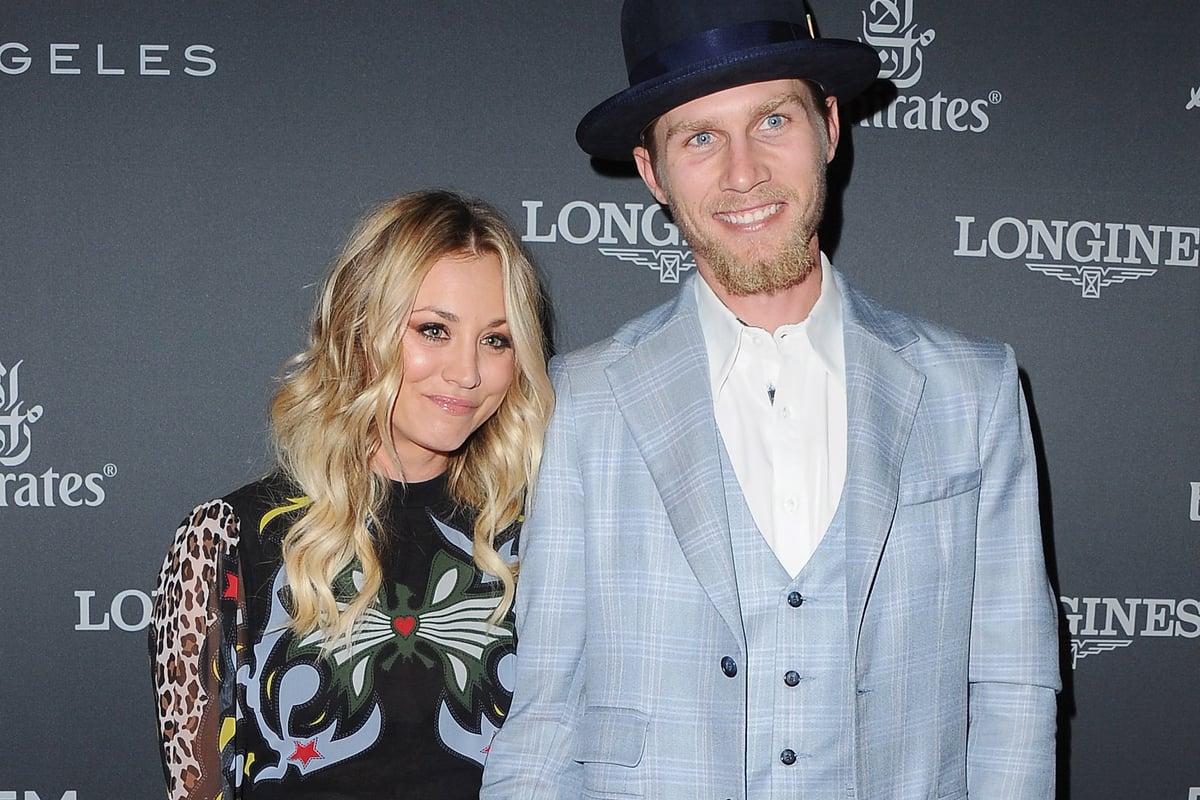 They met at a horse show, thanks to Cuoco's passion for horses, after awkwardly - and literally - bumping into each other, Cook invited her to dinner.

"And we have been completely inseparable ever since. So weird. Literally, boom."

Around this time, Cuoco's career met a major milestone: From 2017 to 2019, she earned US$1 million per episode of The Big Bang Theory, making her the second-highest paid actress on TV for the period (behind Modern Family's Sofia Vergara).

This was even after she and the show's four other main cast members - Galecki, Jim Parsons, Kunal Nayyar and Simon Helberg - all took $100,000 pay cuts so female co-stars Mayim Bialik and Melissa Rauch could be paid more.

She had negotiated a lot for her salary, and told Armchair Expert she knew she'd never receive that level of money again.

"Johnny and I were very close and we were partners in this whole thing so we got to share the celebrations together. We were like 'Can you believe we did that?' We did that together," she said of their negotiation efforts.

"I remember after the first negotiations, we had a lot of the same team so we would get together and have these big meetings. Then after we'd walk outside in disbelief and we would cry. We would have these long late night conversations where we would be bawling because he and I both knew this would never happen again because it won't."

She's probably right about the pay, but Cuoco has been preparing herself for life post-Big Bang for a number of years.

The company also optioned the rights to The Flight Attendant, a book written by author Chris Bohjalian - and the series is set to premiere on Binge on November 26.

It's a world away from Penny and The Big Bang Theory, but Cuoco hasn't been actively trying to escape her most iconic role.

"People like to ask me, 'Oh you must be so excited to get away from Big Bang?'" Cuoco told news.com.au.

"I absolutely dont feel that way... I'm so proud of that show and what we did."