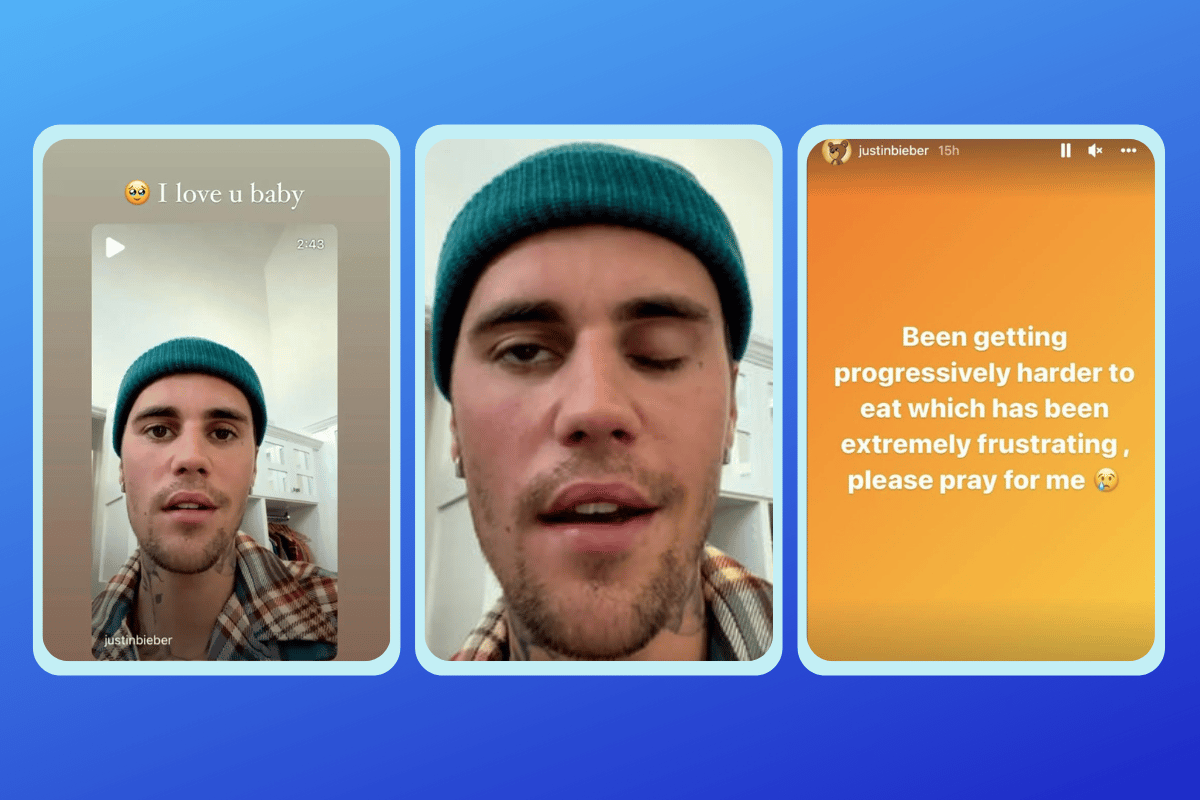 Justin Bieber has had a hellish week.

After abruptly delaying a string of shows for his highly anticipated Justice World Tour, the singer revealed he couldn't blink or smile on the right side of his face.

The 28-year-old informed fans via social media that he was forced to postpone his shows because he suffers from a rare neurological disorder called Ramsay Hunt syndrome.

Watch this brief clip on Justin Bieber explaining why he has cancelled a string of shows for his Justice World Tour. Post continues after video.

Taking to Instagram, Bieber shared his reasoning for suspending his upcoming shows.

Throughout the two minute-long clip, the singer's right eye remained unblinking, and the right side of his face could not move.

"It is from this virus that attacks the nerve in my ear and my facial nerves and has caused my face to have paralysis," Bieber said in the clip.

Due to his condition, Bieber has cancelled three scheduled shows this week.

His timeline for recovery remains uncertain.

"For those who are frustrated by the cancellations of the next shows, I'm just physically, obviously, not capable of doing them," he continued.

"This is pretty serious, as you can see... I wish this wasn't the case but obviously my body is telling me I've got to slow down. I hope you guys understand."

Bieber went on to say it has been getting "progressively harder" for him to eat. He said was resting and doing facial exercises to get his face "back to normal".

"I have hope and I trust god and I trust that this is all for a reason... I'm not sure what that is right now but in the meantime I'm going to rest and I love you guys."

A number of celebrities have sent well wishes to the singer, including Bieber's wife, Hailey Bieber.

"I love you, baby," she shared in one Instagram story.

What is Ramsay Hunt syndrome?

Ramsay Hunt syndrome is a rare but severe condition.

Similar to (but worse than) Bell's Palsy, the disorder is considered the second most common cause of facial paralysis and is caused by the same virus that causes chickenpox and shingles.

Symptoms of the syndrome include facial paralysis or weakness, a rash on the ear, hearing loss, tinnitus, dry mouth and change or loss of taste.

Ramsay Hunt syndrome can be treated with antiviral medications and corticosteroids, however the side effects can be permanent for some people.

Five out of every 100,000 people develop the condition every year in the United States.

Listen to Mamamia Out Loud, a podcast hosted by Mia Freedman, Holly Wainwright and Jessie Stephens. Post continues after audio.

Just how long exactly will it be before Justin Bieber recovers?

Reports show that those with Ramsay Hunt syndrome could take either weeks or months until their facial paralysis completely heals.

Hopefully, Bieber recovers soon and feels well enough to get back on stage.