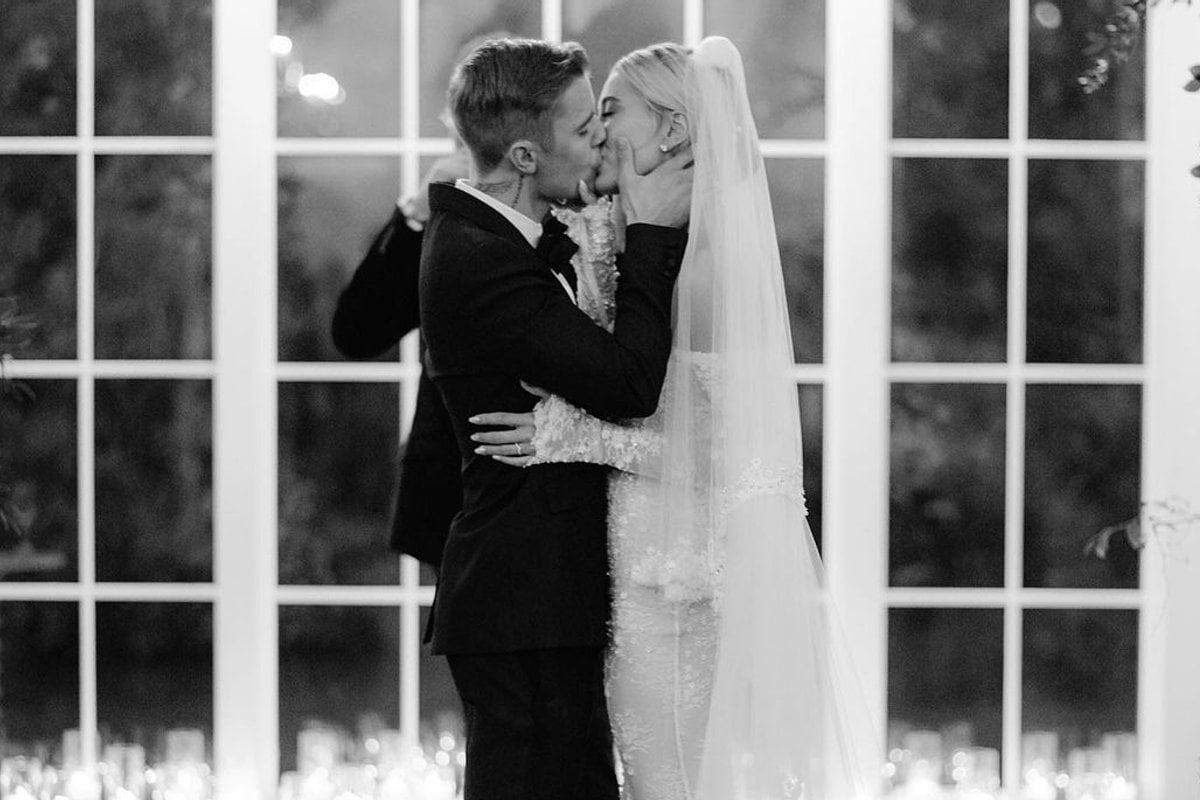 Earlier this week, Hailey and Justin Bieber made headlines after they appeared on the podcast, In Good Faith with Chelsea & Judah Smith.

The couple - who often share curated glimpses into their relationship on social media - candidly spoke to the podcast hosts about the not-so-glittery side of their three-year marriage.

Now, one part of their conversation is stirring some concerning commentary.

During the interview, Hailey Bieber, 24, discussed how during their first year of marriage, Justin, now 27, was working through some intense mental health struggles. And despite doing everything she could to support her new husband, she hit a point where she considered walking away.

"I remember I called [my mum] a few different times, but one particular time when we were in Brooklyn and I was calling her, I was crying, and I was like, 'I just can’t do it. There is no way that I’m going to be able to do this if it’s going to be like this forever,'" she said.

"And I just remember she was so calm on the phone, and she was like, 'It’s going to pass, and you’re going to be fine and he’s going to be healthy and we're here for you.'

"And I do feel like we had a lot of support. I feel like if I didn’t have support, it would've been 10 times harder, and it was already the hardest thing of my life at the time." 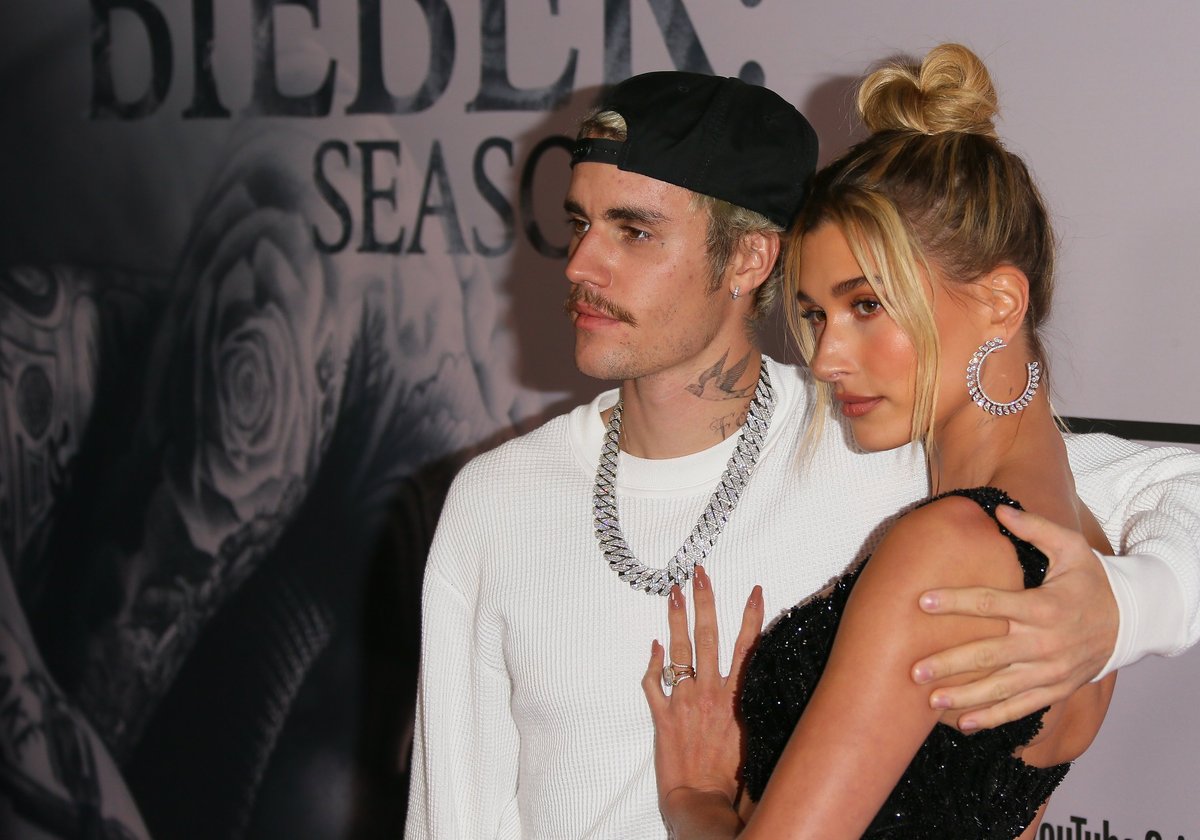 "I also just think I was in it," she continued. "I made a decision. I know for a fact that I’ve loved this person for a very long time, and now would not be the time to give up on him. I just wouldn’t do that to him.

"Imagine abandoning somebody in the middle of the worst time of their life, potentially. I’m not that type of a person. So I was going to stick it out no matter what the outcome was going to be."

"I’m so grateful that you did," Justin replied.

After the conversation went live, fans raised concerns about just how much Hailey puts up with in her marriage to Justin. And in some ways, there could be truth to their concerns.

Selena Gomez, who famously dated Justin Bieber before Hailey, says she experienced emotional abuse in her past relationship with him.

"I've found the strength in it. It's dangerous to stay in a victim mentality," Gomez said of her relationship with Bieber, in an interview with NPR.

"And I'm not being disrespectful. I do feel I was a victim to certain abuse."

But what's more concerning than what might be happening behind closed doors, is just how easily their fan base can spin the narrative around the couple's relationship.

Justin and Hailey Bieber have been at the centre of intense public fascination from the moment they got together.

After briefly dating in 2016, the young couple rekindled their romance in 2018, got engaged that July, and then married at a courthouse in November 2018.

Their lavish wedding the following year looked like something out of a movie, and the gushy photos they share on social media had their fans convinced their relationship was a fairytale.

But after some concerning videos came out, fans started thinking it was all a lie.

In 2020, Hailey uploaded a now-deleted Instagram video, showing off her winning an arcade game. In the video, it showed a not-so-happy Justin, screaming "Baby, I wasn't trying!" at his wife.

"So not only does Justin slam the door on Hailey as she gets out of the car, but he also acts like a raging lunatic when she beats him in an arcade game," one person tweeted.

While another said: "Honestly low-key worried about her. That is not normally healthy behaviour."

Then in July, Justin faced criticism after a short clip surfaced of him yelling at Hailey.

The video captured the couple walking through a casino lobby after his Las Vegas performance in the middle of what fans allege was a heated argument.

The original video was taken down, but others shared it across social media, garnering mixed reactions from fans.

While many argued that Bieber looks "excited" and "fired up from his performance" rather than aggressive, others accused him of mistreating his wife and having "temperament issues."

"He's not happy; his face says he's yelling," someone tweeted, while another added: "Why is he screaming at his wife?"

Listen to co-hosts Kee and Laura discuss Justin, Hailey and the toxicity of Hollywood romances on Mamamia's entertainment podcast, The Spill. Post continues after audio.

There's also a big part of Justin's fan base that have never supported his marriage.

The same year that Justin and Hailey got back together, engaged and married, the musician also ended his eight-year on-and-off relationship with Selena Gomez.

The fans that were so strongly invested in their romance, and disappointed when they didn't work out, transferred those feelings into hatred for Justin and Hailey's relationship.

Just earlier this year, when Hailey and Justin attended the 2021 Met Gala, crowds chanted "Selena" as the couple walked the red carpet.

The moment, which was captured on video, showed Hailey looking tearful as she put her sunglasses on, while her husband comforted her, mouthing "I love you". 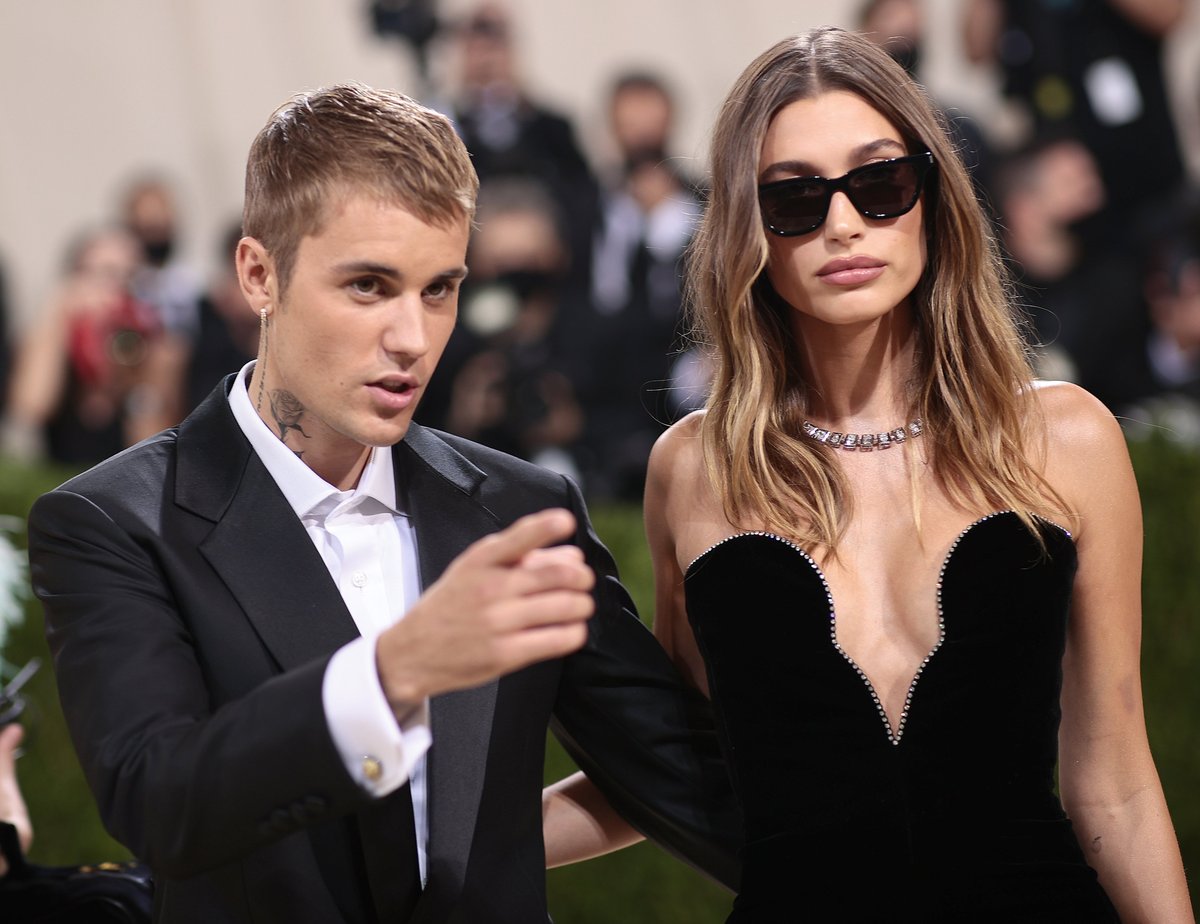 "There are so many narratives that float around about me, about him, about us together," she told Demi Lovato on her podcast 4D with Demi Lovato, in September.

"There's one big fat narrative that goes around that's like, 'Justin is not nice to her and he mistreats her.' It's so far from the truth."

"It's the complete and utter opposite. I really am lucky to say I'm with someone who is extremely respectful of me, who makes me feel special every single day. So when I see the opposite of that, I'm just like, 'Huh?' And everybody around who knows us personally would say the same thing."