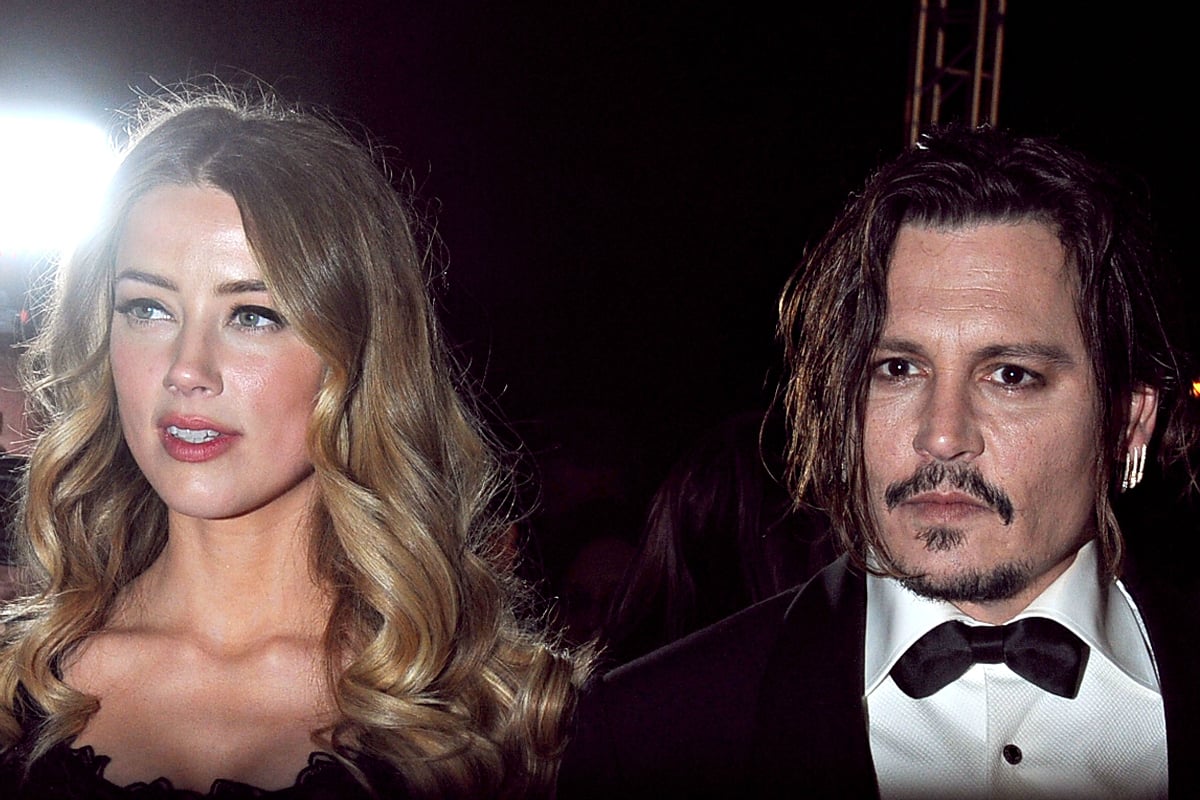 With all his awards, accolades and box-office wins, Johnny Depp earned the kind of rare success that actors dream of. He had the sway to determine his own trajectory in Hollywood, to turn away from projects on a whim.

But over the last decade, since the film star's ex-wife Amber Heard levelled allegations of domestic abuse against him, it's the industry and former fans that are turning away from Depp.

Amber Heard urges survivors of domestic violence to 'speak up'. Post continues below.

The actor, who firmly denies being abusive, has waged a series of legal battles to combat Heard's claims. The latest, a defamation lawsuit against British tabloid, The Sun, over a 2018 article that referred to him as a "wife beater".

More on that later.

Here's how Hollywood's pinup boy lost his appeal, and the lengths he's going to to defend his name.

Johnny Depp's childhood was a transient one. He was raised in Kentucky then Florida, but moved dozens of times. His father, an engineer, was largely absent, leaving him and his three siblings mostly in the sole care of his waitress mother, Betty-Sue.

Speaking about his mother, Depp has painted a picture of a complicated woman, describing her to Inside The Actor's Studio as one of the "smartest, funniest, greatest people" he'd ever known, then in 2018 as "maybe the meanest human being" he'd ever met.

"Yeah, there were irrational beatings," he told Rolling Stone. "Maybe it’s an ashtray coming your way. Maybe you’re gonna get clunked with the phone... It was a ghost house — no one talked. I don’t think there ever was a way I thought about people, especially women, other than 'I can fix them.'"

It was her gift of a guitar when Depp was 12 that set him on the path to stardom.

At 15, Depp dropped out of high school to pursue a career as a musician. He played with various bands, including Rock City Angels, through which he met his first wife, Lori Anne Allison. It was she who introduced him to her friend Nicolas Cage, who recognised Depp's potential as an actor.

Hollywood saw it, too. 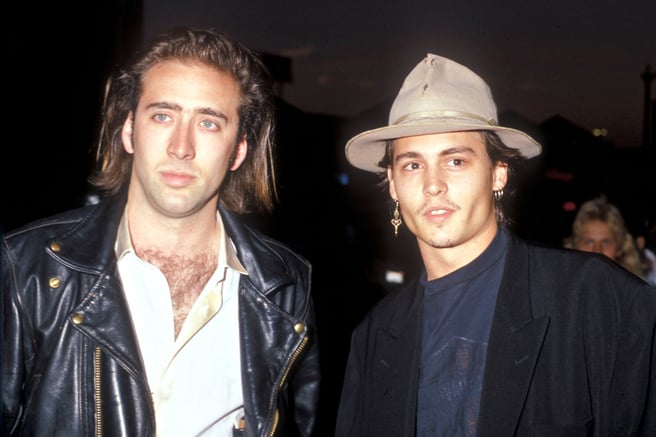 After being cast in cop show, 21 Jump Street, in 1987, by which time his two-year marriage had ended, Depp was propelled to teen heartthrob status. It never sat well with him.

"I was so uncomfortable being a product, and someone else's product," he said on Inside The Actor's Studio. "I couldn't stand it. It was claustrophobic. So I swore to myself that I would chose my own path, and I wouldn't deviate in any way."

Depp made a conscious choice to avoid the leading man roles being thrown at him to play outsiders, "losers", people who had been shunned by society.

Depp's portrayals of these complicated men netted him millions — more than US$650 million to be precise, much of which he alleges was lost to financial mismanagement by his former business managers.

And that's just one chapter in his own complicated storyline.

Among Depp's many tattoos are the words "WINO FOREVER", which are inked on his upper right arm. It once had two extra letters, which he's since erased: NA.

Depp's brief engagement to actor Winona Ryder in 1990 followed two others (to actors Jennifer Grey and then Sherilyn Fenn), and gave way to a four-year relationship with supermodel Kate Moss. 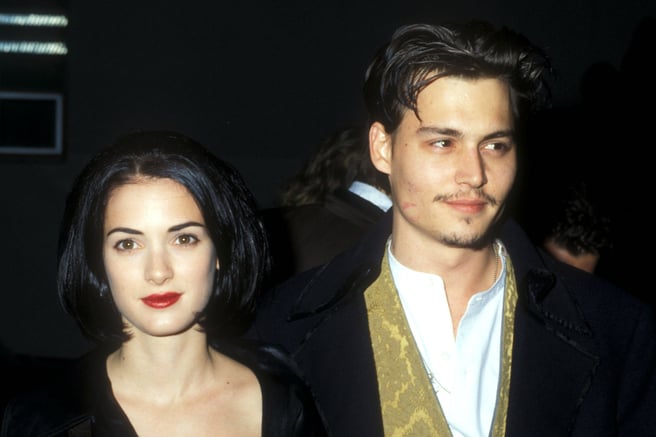 But it was in 1998, while filming The Ninth Gate in France, that Depp met the mother of his children: French actor and singer, Vanessa Paradis. Their daughter, Lily-Rose Melody Depp, was born the next year, followed three years later by their son, John Christopher "Jack" Depp III.

Days prior to announcing their separation in June 2012, Paradis gave an interview to Harpers Bazaar, in which she described love as "the strongest and most fragile thing we have in life."

"Nothing is ever for sure, but when something in love doesn't work from the beginning, it's never going to work," she said. "Don't push it."

Amber Heard and her "monster".

Months after his divorce, Depp was linked to actor and model, Amber Heard, whom he'd met the previous year while costarring in the movie, The Rum Diary.

They married at their Los Angeles home in a small ceremony in February 2015. And from the outside, all seemed well. The biggest headline of their marriage was a bizarre tousle with Australian border control after they illegally smuggled their Yorkshire Terriers, Pistol and Boo, into the country on a private jet.

But when their relationship crumbled after 15 months, far more serious allegations emerged.

In filing for divorce from Depp in May 2016, on the eve of his mother's funeral, Heard applied for a temporary restraining order. She alleged that she had experienced "excessive emotional, verbal and physical abuse" by Depp throughout their relationship, including an event just days prior in which, she claimed, he threw a mobile phone at her cheek, "continued screaming at me, pulling my hair, striking me and violently grabbing my face".

A leaked video later published by TMZ, but allegedly shot months prior, captured him raging in their kitchen, hurling verbal insults and slamming cupboards.

Depp, who was never charged or convicted in relation to the claims, firmly denies allegations of assault.

In fact, when Heard penned an op-ed for The Washington Post in 2018 titled 'I spoke up against sexual violence — and faced our culture’s wrath. That has to change', he sued for defamation seeking US$50 million.

In the process, he also made counter allegations that she physically assaulted him and tied his sacking from the Pirates of the Caribbean Disney franchise to her article. The case is yet to be heard before a jury. 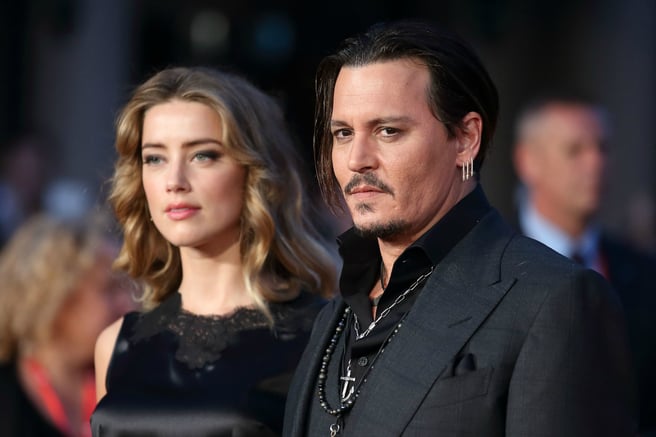 Their back-and-forth claims have been teased out in courts and the media ever since, and that continues with Depp's latest suit against The Sun.

The court has heard evidence from the newspaper's lawyers that, over the course of three years starting in 2013, Depp violently attacked Heard on at least 14 occasions, a number of which occurred while he was under the influence of alcohol or drugs.

In an unsent email submitted as evidence, Heard described Depp as "the monster": "It’s like Dr Jekyll and Mr Hyde," Heard allegedly drafted to her then-husband, according to Deadline. "Half of you, I love. Madly. The other half scares me. I can’t take him. I wish I could, but I can’t."

Depp's lawyers described allegations of abuse as "complete lies", and resurfaced counter claims of domestic violence against her.

The actor told the court that Heard once hurled a glass bottle at him during an altercation in an Australian apartment, where he was staying while filming Pirates of the Caribbean in 2015. He said the bottle severed his finger and conceded that he then used the blood to scrawl messages on the wall.

After five days of evidence, Depp's time in the stand is now over. Amber Heard will give hers starting Friday.