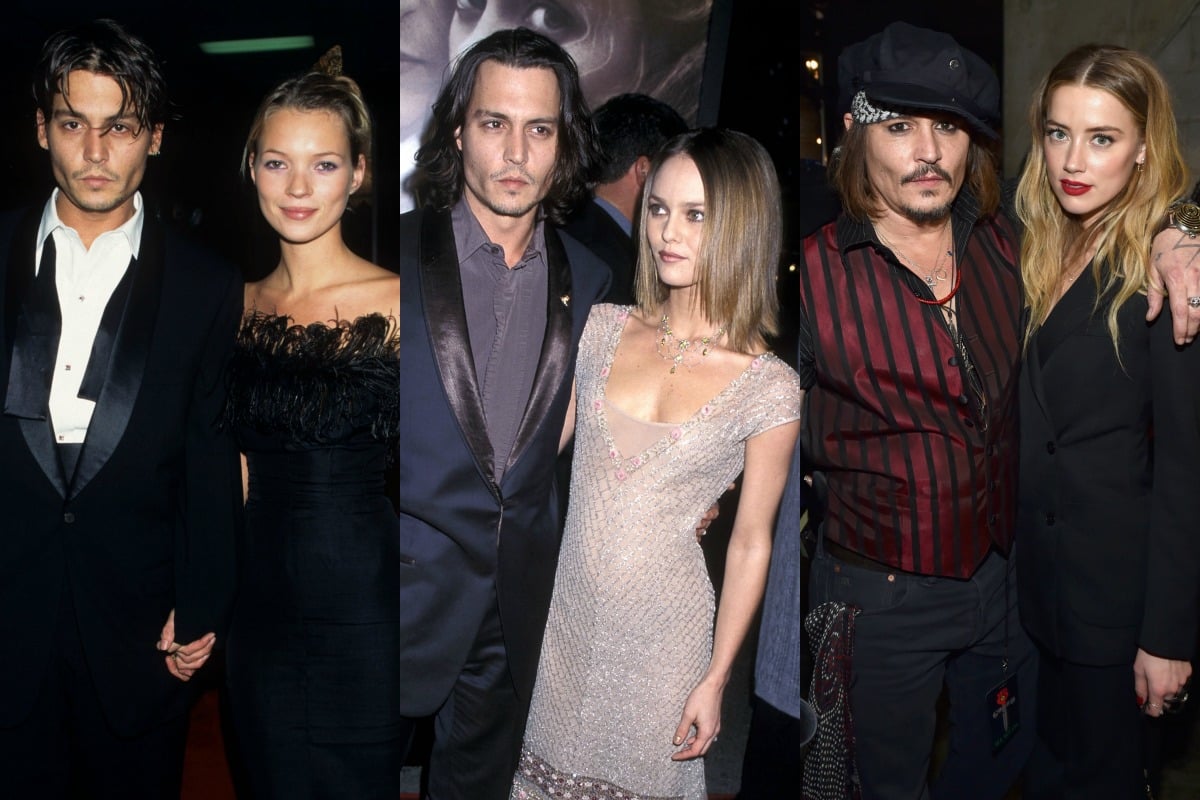 Three years on from their divorce, Johnny Depp and Amber Heard are providing evidence in court regarding their relationship.

Depp, who first arrived at the High Court in London on Monday, is suing The Sun's publisher, News Group Newspapers (NGN), over an article which referred to the actor as a "wife beater".

While the tabloid referred to "overwhelming evidence" that the 57-year-old had attacked Heard during their relationship, The Pirates of the Caribbean actor is denying ever being violent to his ex-wife.

NGN, on the other hand, are defending the article as true, claiming that Depp was "controlling and verbally and physically abusive towards Heard" throughout their relationship.

As the three-week trial continues, Heard, 34, is expected to give evidence.

As the case continues, we decided to take a look back at Johnny Depp's relationship history.

While the couple's marriage only lasted two years, Allison introduced Depp to actor Nicolas Cage, which eventually led to Depp landing a role in the horror film Nightmare On Elm Street.

After their marriage ended, the actor was briefly linked to actresses Sherilyn Fenn and Jennifer Grey in the late 1980s.

In 1990, Depp famously proposed to his Edward Scissorhands co-star, Winona Ryder after just five months of dating. At the time, Depp was 26 and Ryder was just 17.

The pair initially met after being introduced by a mutual friend after Depp spotted Ryder at the 1989 premiere of the film Great Balls of Fire! 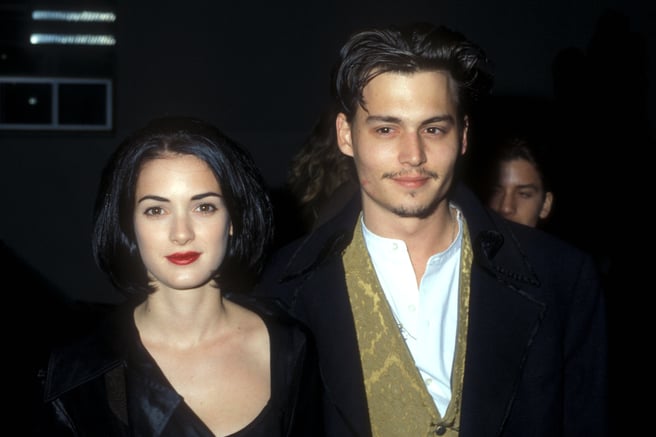 In the early months of their relationship, the pair frequently gushed about each other in the media.

"There’s been nothing in my 27 years that’s comparable to the feeling I have with Winona… I love her so much. I don’t know what I would do without her. I love that girl. I love her almost more than I love myself," Depp said in an interview.

In another interview, Ryder shared that Depp was her first everything.

"When I met Johnny, I was a pure virgin. He changed that. He was my first everything. My first real kiss. My first real boyfriend. My first fiancé. The first guy I had sex with," she said.

According to director Tim Burton, who has frequently worked with Depp, the actor "wasn't the same" following their split.

During their relationship, Depp even got the words 'Winona Forever' tattooed on his arm, which he later had changed to 'Wino Forever'. 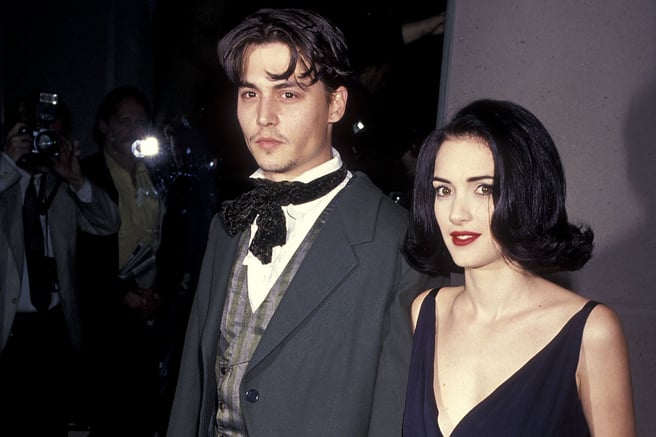 "To have the tattoo removed, or erase it, is to try and say it never happened," he said.

"If I alter it in some way, make it funny – put her next boyfriend’s name on top of it, say – it would still be honest."

"I knew from the first moment we talked that we were going to be together," Moss later shared.

Throughout their relationship, Depp and Moss were one of the most photographed couples of the 90s.

But behind the scenes, their relationship was known for being particularly volatile.

In September 1994, Depp was arrested at New York's Mark Hotel after allegedly trashing his hotel room. The sounds of shattering glass and snapping wood had reportedly awakened nearby guests in the hotel.

While Depp was found "in a state of possible intoxication", Moss was uninjured. 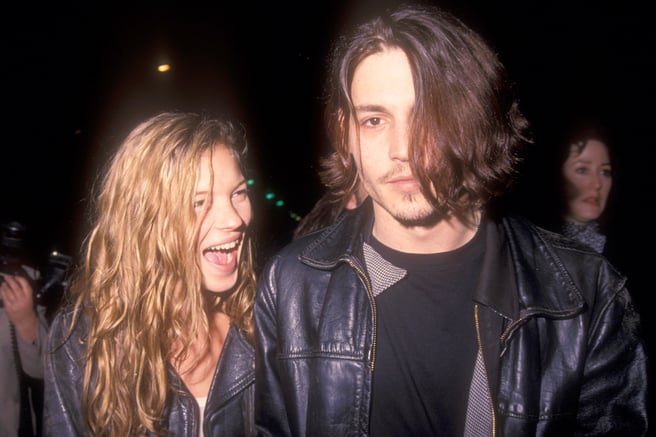 After four years together, the couple ended their relationship in 1997.

In an interview with Vanity Fair in 2012, Moss shared that she cried for "years" after their relationship came to an end.

"There’s nobody that’s ever really been able to take care of me. Johnny did for a bit. I believed what he said. Like if I said, 'What do I do?,' he’d tell me. And that’s what I missed when I left. I really lost that gauge of somebody I could trust," she said.

Shortly after Depp's relationship with Moss ended, he met model Vanessa Paradis while filming The Ninth Gate in 1998.

"I saw her across a room and I thought: 'What’s happening to me?'" Depp shared. "It was one of those instant connections. You have this feeling – I can’t really explain what it was."

"Everything changed once I held my daughter in my arms. Until that moment, I had been possessed with me; suddenly, there was someone who depended on me. It was like some veil had been lifted, or a layer of fog had been removed and I suddenly had clarity," he told The Independent in 2006. 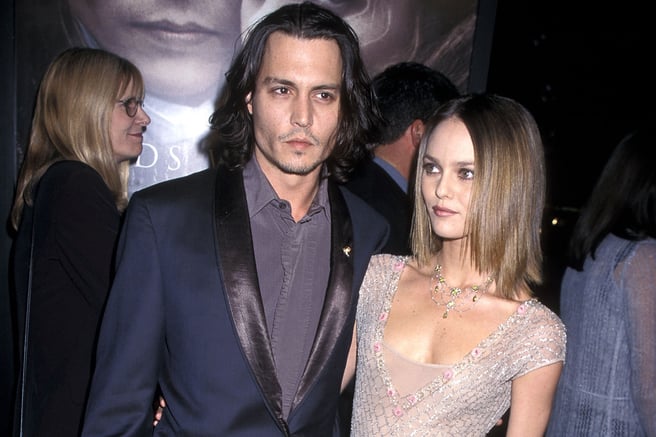 Although the couple were together for 14 years, they never felt the need to get married.

The pair also described their relationship as "unconventional", as they spent a lot of time apart due to Depp's filming schedule.

In June 2012, news broke that Depp and Paradis had officially separated. 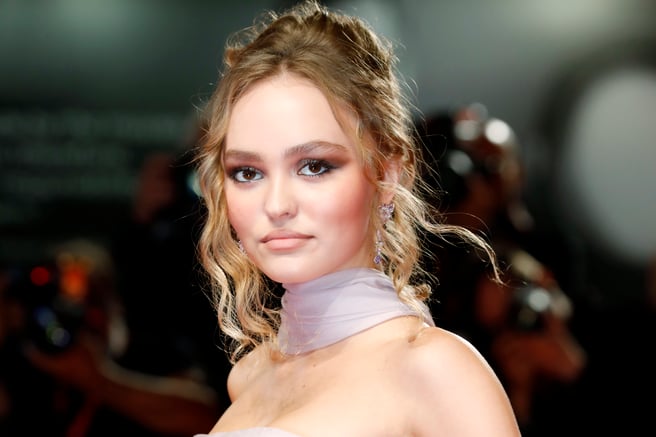 Speaking in court earlier this week, Depp described the end of their relationship as "very painful".

He told the court: "I would definitely say that towards the end of my relationship with Ms Paradis, the mother of my children, it was a very painful time – to break up with someone that you have been with for 14 years and that you have two children with.

"So it was a very painful time and I was more than likely trying to numb myself as much as possible."

Johnny Depp and Amber Heard began dating after meeting on the set of The Rum Diary in 2011.

Several years later, the fellow actors were married in a private civil ceremony in February 2015 at their home in Los Angeles.

In mid-2016, however, the Aquaman star filed for divorce from Depp.

At the time, court documents from the settlement were obtained by the press which revealed Heard was seeking a temporary restraining order against Depp, alleging she’d been subjected to verbal and physical abuse after a drunken argument in their LA apartment.

The court documents claimed that Depp "became extremely angry", throwing a phone at Heard, hitting her cheek and eye "with extreme force". 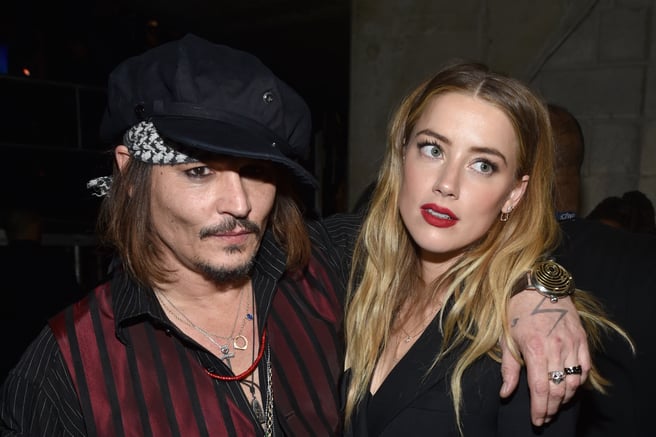 In August 2016, the former couple settled their divorce and the domestic abuse case against Depp after Heard withdrew her request for a temporary restraining order.

"Our relationship was intensely passionate and at times volatile, but always bound by love," the former couple said in a statement.

As part of the settlement, Depp paid Heard US$7 million, which she split evenly between two charities.

Although Depp and Heard's divorce was finalised in January 2017, the abuse allegations didn't falter.

In December 2018, Heard wrote an op-ed for The Washington Post about her experience with domestic abuse.

Though Heard didn't mention Depp by name, she gave insight into what happened when she became "a public figure representing domestic abuse", and how she was left to endure "the full force of our culture’s wrath for women who speak out".

In early 2019, Depp sued Heard for US$50 million for defamation over the op-ed she wrote, which "depended on the central premise that Ms. Heard was a domestic abuse victim and that Mr. Depp perpetrated domestic violence against her". 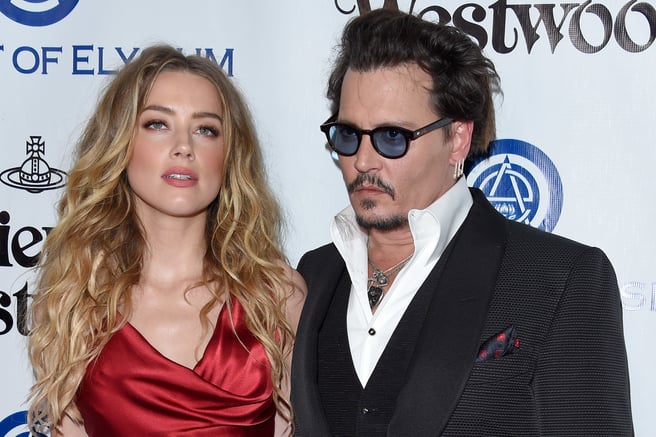 As part of the lawsuit, Depp claimed that Heard had physically abused and "threw objects" at him during their marriage.

In response to the case, Heard denied Depp's claims and released a 300-page filing, which outlined the alleged "horrific" abuse she suffered at the hands of "the monster" during their relationship.

The case included multiple photos of herself with bruises on her face and scars on her arm, which Depp later responded to with photos of scratches and his fingertip, which was allegedly severed from a glass bottle thrown by Heard.

In February 2020, audio surfaced of Heard admitting to "hitting" her ex-husband.

In the leaked audio recording, which was reportedly released by Depp himself, the actor accused Heard of punching him in the face. Heard is also allegedly heard admitting to striking Depp with pots and pans and throwing vases at him.