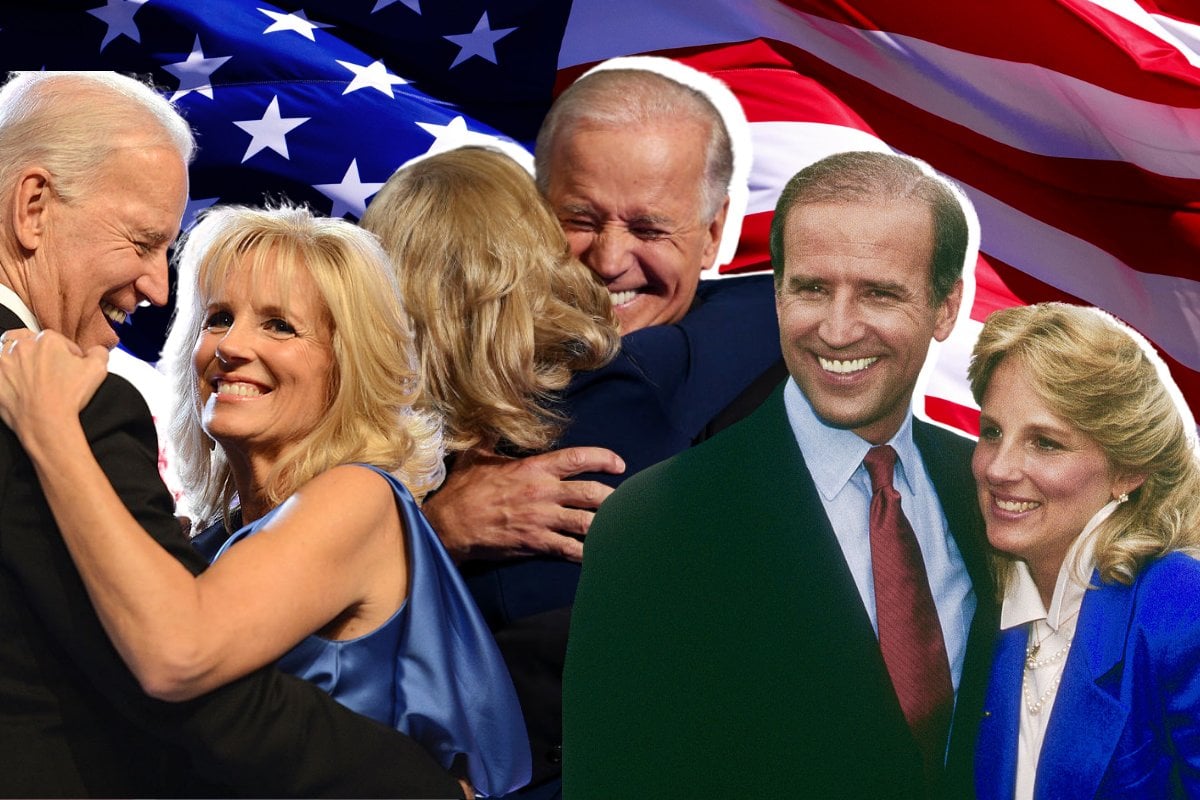 It was 1972 when US President Joe Biden was first elected to the Senate.

"I can remember the thought as if it was yesterday," campaign staffer Ted Kaufman told NPR in 2007. "'I will never again think of something as impossible.'"

But Biden's joy was short-lived.

On December 18 that year, his wife, Neila, and their one-year-old daughter, Naomi "Amy" Christina, were killed in a car crash on the way home from Christmas shopping. The couple's sons, Beau and Hunter, survived.

Watch: Joe Biden recalls the phone call he received when he was told his wife and daughter were dead. Post continues below.

Writing about the accident in his 2007 memoir, Promises to Keep, Biden shared, "Well, I didn't want to hear anything about a merciful God. No words, no prayer, no sermon gave me ease. I felt God had played a horrible trick on me, and I was angry."

He wanted to resign from his position but was convinced to stay and was sworn in less than a month later at his sons' hospital bedside.

For years, Biden travelled over an hour to Washington D.C. each day so that he could continue raising the boys at the family home in the state of Delaware.

Then, three years later, the newly solo parent met his now-wife, Jill, on a blind date organised by his brother. 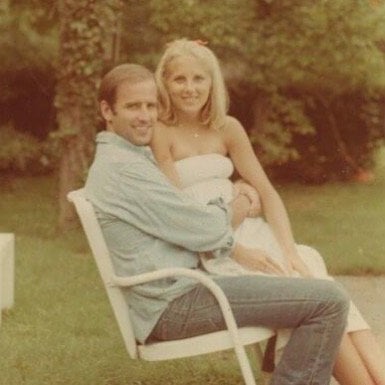 “She gave me back my life,” Biden said in his memoir.

“She made me start to think my family might be whole again.”

When the pair first started dating, Biden described it as "fun" adding that it was a while before she was introduced to his kids.

Once she was though, they hit it off.

Biden wrote in his memoir about the moment Hunter and Beau, aged six and seven respectively, asked him to marry the New Jersey woman.

"Finally, Hunter spoke up: 'Beau thinks we should get married.'

"'I think that’s a pretty good idea,' I told them. I’ll never forget how good I felt at that moment," he wrote.

It then took five proposals for the pair to finally be wed, as Jill Biden explained to Vogue in 2016.

“[After each proposal], I said, ‘Not yet. Not yet. Not yet.’ Because by that time, of course, I had fallen in love with the boys, and I really felt that this marriage had to work, because they had lost their mum, and I couldn’t have them lose another mother. So, I had to be 100 per cent sure.”

The couple finally married in 1977 at the United Nations chapel in New York City, with Hunter and Beau joining them at the altar.

"The way they thought of it, the four of us were getting married," the President wrote.

When they welcomed their daughter into the world four years later, the boys chose her name: Ashley Biden.

Over the next six years, the Bidens pursued their respective careers in politics and education. 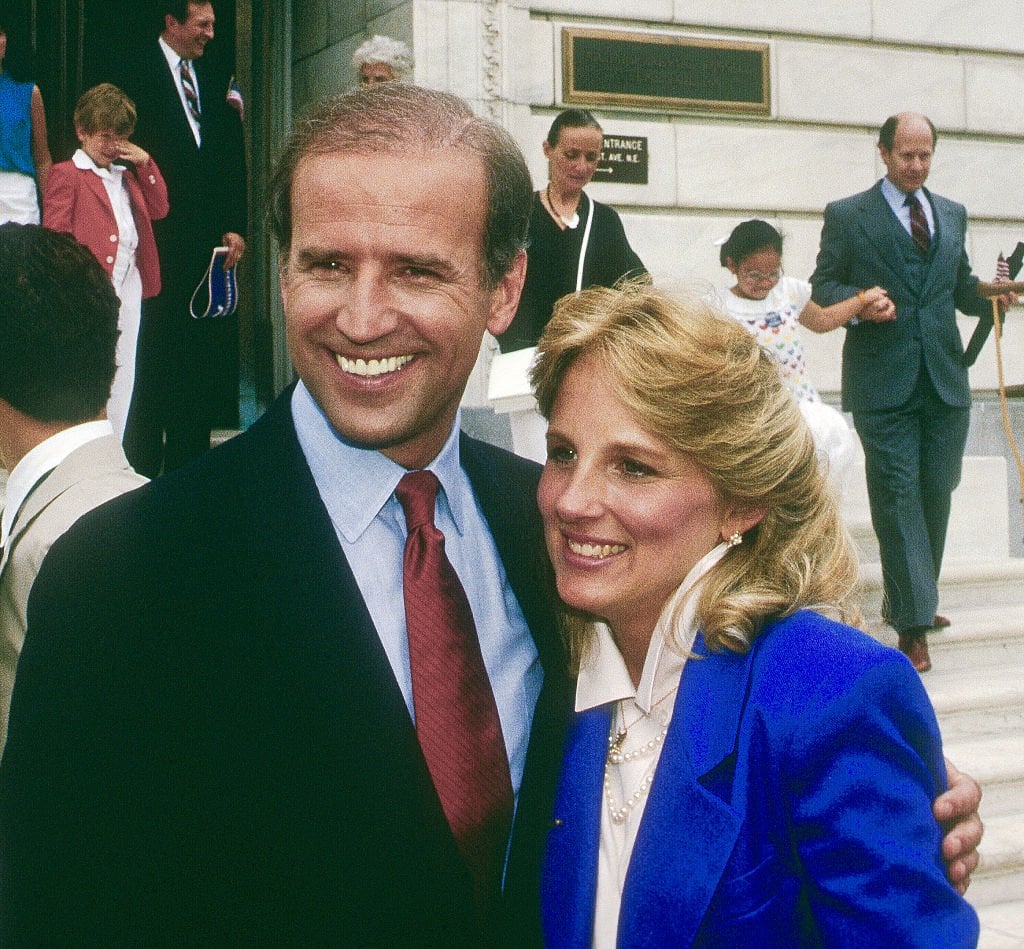 The senator, of course, went on to become the vice president to Democratic pick Barack Obama, with whom he served two terms from 2008.

Meanwhile, Mrs Biden, who already had two master's degrees under her belt, became Dr Biden. Ed.D. — a Doctor of Education. 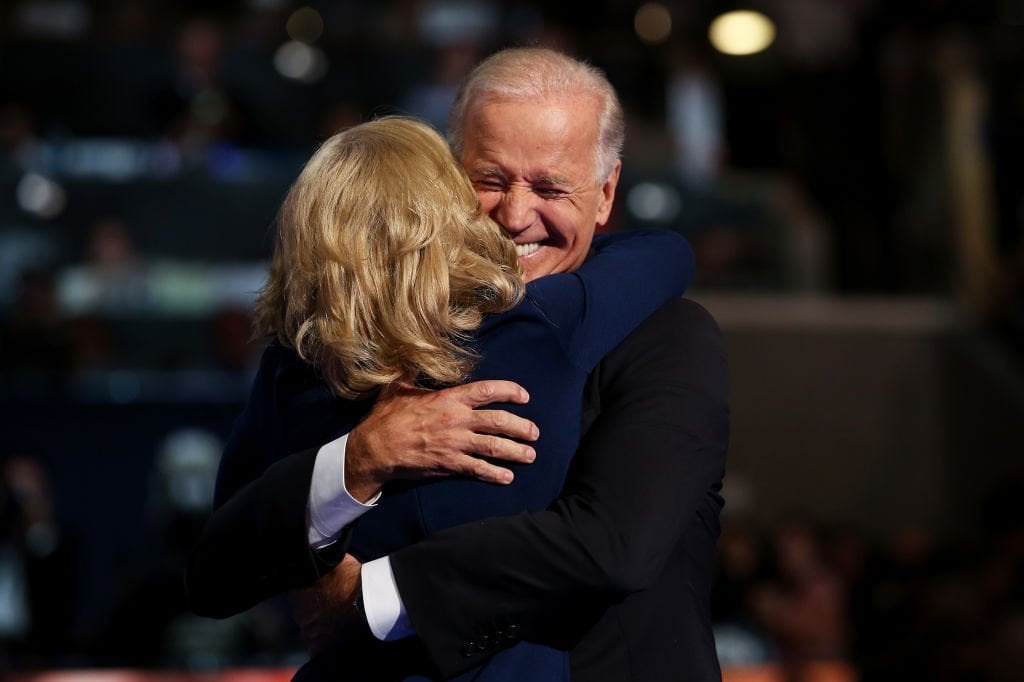 Joe and Jill Biden on the campaign trail in 2012. Image: Getty.

But 2015, tragedy struck again when their son, Beau, died of brain cancer. Joe Biden was in the race for the Democratic presidential nomination at the time, but withdrew so he could grieve.

"It was totally shattering," Jill said in an interview.

"My life changed in an instant. All during his illness, I truly believed that he was going to live, up until the moment that he closed his eyes, and I just never gave up hope."

“He (President Biden) also surprised Jill on Valentine’s Day in 2010 with a plaque on a tree in the backyard, which reads “Joe Loves Jill.” ❤️ https://t.co/vEzb2jVmBf pic.twitter.com/FlhaPcNQ9o

It was 2019 before the couple decided they were ready to make another bid for the White House.

For the first time since 1981, Dr Biden took a break from teaching to help her husband on his campaign trail, and their hard work paid off.

When accepting his hard-won presidency in November 2020, President Biden thanked his wife for her tireless support throughout his campaign.

"Folks, as I said many times before, I'm Jill's husband," he said.

"And I would not be here without the love and tireless support of Jill and my son Hunter and Ashley, my daughter, and all our grandchildren and their spouses and all our family. They're my heart. Jill's a mum, a military mum, an educator."

He will be a President for all of our families. pic.twitter.com/iGPKLMMIcK

And she will remain an educator throughout his term.

By retaining her role as a professor of English at Northern Virginia Community College, Dr Biden will be the first working first lady in United States history.

Despite the chaos of the election and tumult of the handover period, we have watched their love continue to flourish.

In the minutes leading up to President Biden's January 20 inauguration, he shared a short video of them holding hands.

"I love you, Jilly," he wrote, "and I couldn’t be more grateful to have you with me on the journey ahead."