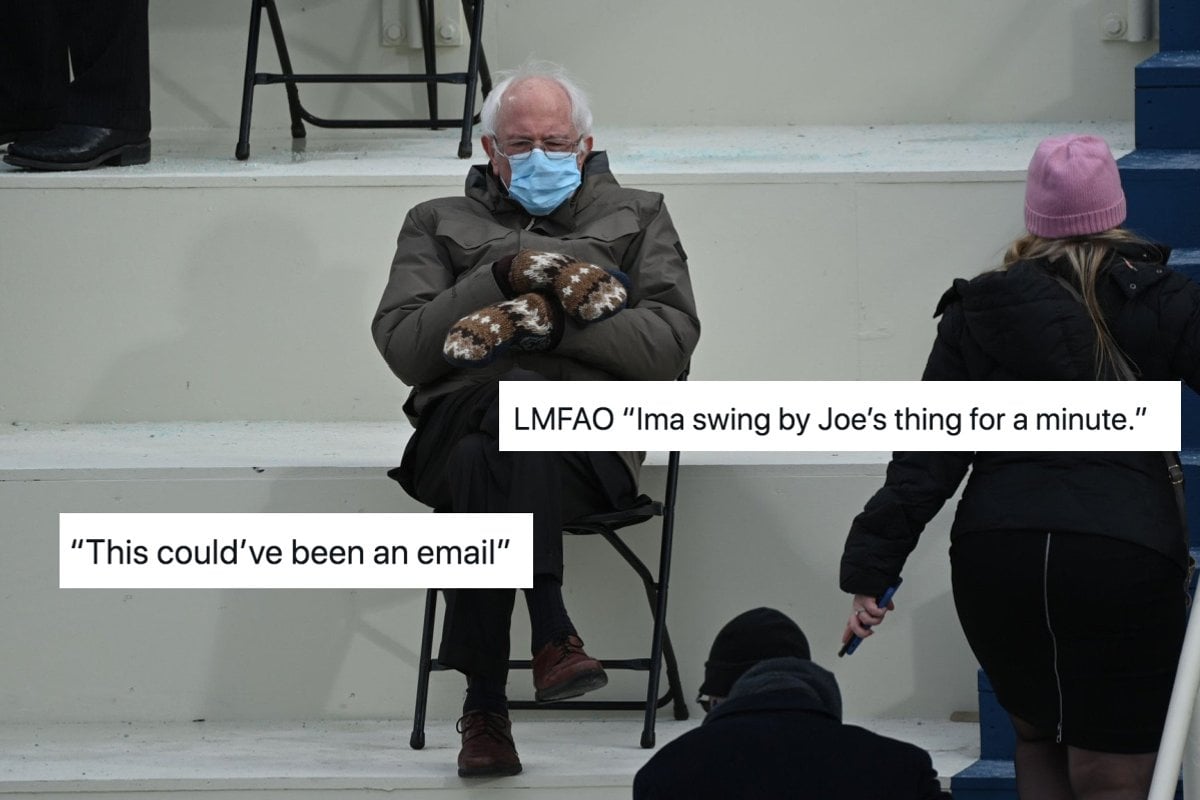 In case you missed it (you definitely haven't), Donald Trump has left the building.

On Wednesday morning, local time, in Washington D.C., Trump boarded Marine One for the last time as he left the White House, breaking tradition by not attending Joe Biden's inauguration.

Tens of millions watched on as Trump left and Biden arrived, with many taking to Twitter to share their delight at the departure of America's most controversial president.

Yes - memes were in grand supply. And they are just as glorious as you'd expect.

Here are the best memes from the past 24 hours, because there's no better medicine than laughter.

Of course, the Internet couldn't let Donald Trump walk of the White House before prov

and it ends just as it began pic.twitter.com/lJWSm1EC5C

Moving boxes at the White House. The one marked “FRAGILE” is for his ego. pic.twitter.com/eIRJEYh4yF

today is literally the only day you can retweet this bc HES GONE. TRUMP IS GONE !!!! #WorstPresidentEver pic.twitter.com/bKAEdDOG6t

Hey you forgot your kid pic.twitter.com/rBCUput3kJ

Trump: We love you. Have a good life.

Thinking back to Trump's inauguration ... pic.twitter.com/6BNjr6HRWx

Tomorrow, Trump is the hell out of there. #ByeFelicia pic.twitter.com/AeP2rJ30lG

The hair is laid; the outfit is on point. Michelle Obama came to slay, yass! #InaugurationDay pic.twitter.com/nVPoozl1O3

Today we are all Leslie Knope. pic.twitter.com/ptarUSoDMN

Guess we're done being subtle about it, huh? pic.twitter.com/ogGg50K7Ht

And of course, one of the shining stars of Biden's inauguration: Bernie Sanders' mittens.

I've seen enough. This is the winner. pic.twitter.com/DuDeUGnGz4

LMFAO “Ima swing by Joe’s thing for a minute.” https://t.co/FBo5IoxFA1

“This could’ve been an email” pic.twitter.com/kn68z6eDhY

In all the inauguration fashion news, let us not overlook Senator Bernie Sanders’ mittens pic.twitter.com/BlZivZ8cMP

Out on the town having the time of my life with a bunch of friends pic.twitter.com/Qu7UpVTKgQ

a person only needs one good coat https://t.co/TYtoS0Hb8h