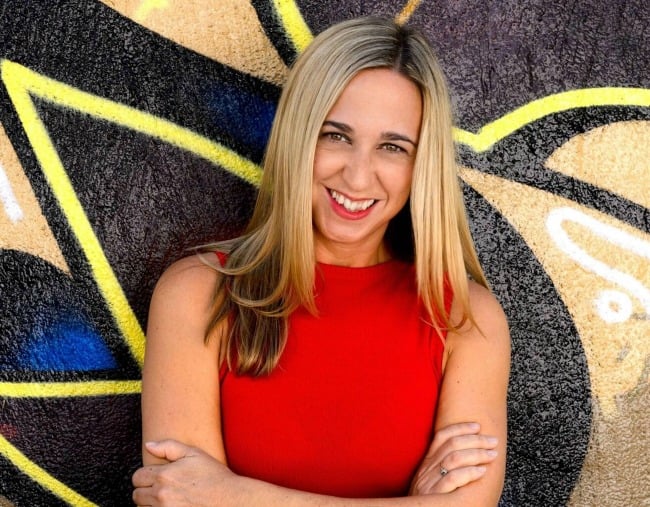 The anxiety was overwhelming. I decided to get out of Melbourne. If my brain would not give me peace, I could at least go to a place where the external environment was peaceful. A friend invited me to her in-laws’ holiday house to hunker down for a few days.

We watched trashy television in our pyjamas, ate chocolate, and lay in the sun. Each evening, her husband came home from work, offering life-giving bear hugs and home-cooked meals. I tried to stay present, but my mind was speeding into the future. I felt wretched.

I took long walks by the water and sat on the sand, breathing in the salt air, hoping that nature’s calm would seep into my cells and bring me respite. But anxiety was an extra limb. There was no leaving it at the front door while I took a vacation.

I thought back to all the overseas holidays I’d taken, many of which I’d embarked upon with the sole purpose of switching off. They had rarely induced any meaningful sense of slowing down. When your brain is pre-wired to panic mode, the gentle tropical breeze could be whispering your name and playing pan pipe lullabies and you’d still struggle to relax.

One morning, as we lay on the beach watching the waves gently rolling, I asked my friend to take a picture. I sat cross-legged in my bikini, facing the ocean, hugging my knees close to my chest, my back to the camera. Afterwards, I surveyed the result on my phone, filtered the image, making the sky bluer and the sand warmer, before posting it on Instagram, captioned with the word ‘therapy’ and the praying hands emoji. What a tranquil sight. What a supremely chilled-out being. What an absolute crock of shit.

I was as far from calm as it was possible to be and yet to the outside world I was projecting a picture of serenity.

This elaborately curated theatre had become a habit. It felt as though there was barely a thought that entered my head that I wouldn’t immediately share with the world. Any moment of silence, stillness, or delay led me straight to my phone.
The more anxious I became, the more I scrolled. Over the years, I had learned to share everything. An early morning start at the gym: must tell Twitter. The sunset that left me breathless: Insta perfect. Dancing in my kitchen to a favourite song from my youth: straight to Facebook with the hashtag #lovinglife. The 90-second wait at the pedestrian lights was too long to just stand, doing nothing, when there was a world of stuff happening right there in my hand.

The advent of Snapchat and Instagram ‘stories’ only heightened my compulsion. I could add endless images and videos to the narrative of my day, giving the world a front-row seat to the movie reel of my life. Nothing went undocumented. I’d find myself on the tram live tweeting an eavesdropped conversation between a bunch of hysterical schoolgirls and wonder what had happened to my life.

I can’t remember exactly what the tipping point was for me. It may have been that first tweet from the toilets at work. Or the day I felt a phantom phone vibration in my hip pocket. But by the time I started waking up in the middle of the night feeling the overwhelming urge to reach across and check my notifications, I knew something had gone awry.

But it’s not only the addictive nature of social media that piques my anxiety. If my life is out of balance, Facebook can tip me further over the edge. When things were really bad, it wasn’t just my performance art that was problematic, it was other people’s. Every time I logged on, it felt like a punch to the solar plexus. Everyone was successful and content. Everyone belonged. Everyone had their shit together. By comparison, I was a sad, lonely outcast, too mad to work and utterly incapable of finding a way to be happy like all those shiny people kicking goals and #lovinglife in their pleasing autumnal tones.

I couldn’t bear all the grinning couples, faces squished together as they snapped a selfie in eveningwear at some glamorous event for glamorous people. Or the tight-knit circles of friends, their abundance of love engulfing a sunset dining extravaganza on a beach next to impossibly blue waters. en there’s always the family snaps — chubby, giggling babies, and groups of handsome relatives in pressed linen and boat shoes, gathered together in homes straight out of a Laura Ashley catalogue. Nobody was yelling at their partner for leaving pubic hair in the shower. ere was no sign of a melancholy cousin in trackpants eating cereal straight from the box in the corners of these pictures. People definitely weren’t weeping at Qantas ads or rolling home drunk at 4.00 am and making their cat slow-dance to Adele songs. Babies did not vomit or shit or cry. Life was perfect.

I had lost the capacity to contextualise. I couldn’t see that the image I was viewing was a split second in time. I couldn’t see the effort that had gone into the framing and the filters and the carefully drafted captions. I couldn’t see the backstory, or the events that unfolded before or after the picture was posted. I only saw evidence of my own failings. Everyone else was happy. They all belonged. What the fuck was wrong with me?

The link between Facebook-envy and depression is well established. It’s not that the social networking site necessarily causes mental-health problems, but a number of studies have shown that for those already struggling, it can exacerbate distress.

In 2015, a University of Houston paper published in the Journal of Social and Clinical Psychology found that Facebook users felt depressed when comparing themselves to others. The study’s author, Mai-Ly Steers, said that controlling the impulse to compare was difficult: ‘Most of our Facebook friends tend to post about the good things that occur in their lives, while leaving out the bad. If we’re comparing ourselves to our friends’ “highlight reels” this may lead us to think their lives are better than they actually are and conversely, make us feel worse about our own lives.’

She went on to say that the longer people with emotional problems spend on Facebook, the more intense those depressive symptoms can become, compounding feelings of loneliness and isolation. Thee act of socially comparing oneself to others was related to ‘long-term destructive emotions’.

The advent of social media has bolstered the notion that happiness is life’s ultimate goal by selling us the myth that everyone else is living their bliss.

Sometimes it feels as though we’ve become characters in a Truman Show–style version of our own lives. We know that the storyline is fake, the words are scripted, and the whole set so flimsy it could collapse in a light breeze, and yet we play along for fear of busting the fairytale.

Being accepted remains a primal instinct built on the evolutionary will to survive. Consciously or not, it’s what we all crave. In the digital era, our social media following is our tribe. As Abraham Maslow observed with his hierarchy of needs, craving approval from our peers is a basic human requisite. For our ancestors, being accepted by the group meant there was less chance of being eaten or succumbing to starvation or hypothermia. In order for the group to thrive, the weakest members of the tribe were often expelled. Conformity was crucial.

Fast-forward some 300,000 years, to an age of convenience food, climate-controlled homes, and limited risk of being devoured by big cats, and pack living is no longer a human necessity. Yet, being accepted remains a primal instinct built on the evolutionary will to survive. Consciously or not, it’s what we all crave. In the digital era, our social media following is our tribe.

In therapy, I started to unpack this further. Social media had become a crutch for me as I struggled with that core belief of not being enough. Reaching for my phone was a reflex action. When my anxiety was peaking, the child part of my brain that craved love and acceptance was unconsciously substituting online approval for parental nurturing. Every like and comment on Facebook fed that need for validation. But the satisfaction was short-lived, so I kept scrolling, refreshing, checking, looking for more, and the anxiety only ramped up.

After my beach therapy post, I could no longer lie to the world or to myself. I wasn’t fine. There was no filter that would change that. The least I could do for my over-stimulated brain was to switch off the noise for a few weeks. I deleted Facebook, Instagram, Twitter, and Snapchat from my phone, and for a while things were calmer. I tried to find a connection to myself rather than seeking comfort from the outside world.

After the initial FOMO, I settled into a daily pattern that wasn’t governed by screens. No longer was I losing hours hooked into Twitter mentions or falling down the rabbit hole of a friend of a friend’s Facebook comment thread. My head was no longer cast downwards during tram journeys. I wasn’t tuning out in the middle of a conversation with someone over lunch because I couldn’t stop thinking about the events I was missing in my pocket.

Looking at my phone or checking in to social media was a convenient way to avoid feelings I didn’t want to face. Mindlessly scrolling through the internet served the same purpose as drinking to excess. It was a numbing agent — a distraction. A way to fill a void.

My challenge, once I gained this knowledge, was to let go of the fairytale filter and find new ways to plug the gap.

This is an edited extract of HAPPY NEVER AFTER: Why the happiness fairytale is driving us mad (and how I flipped the script) by Jill Stark (OUT NOW, Scribe $35).