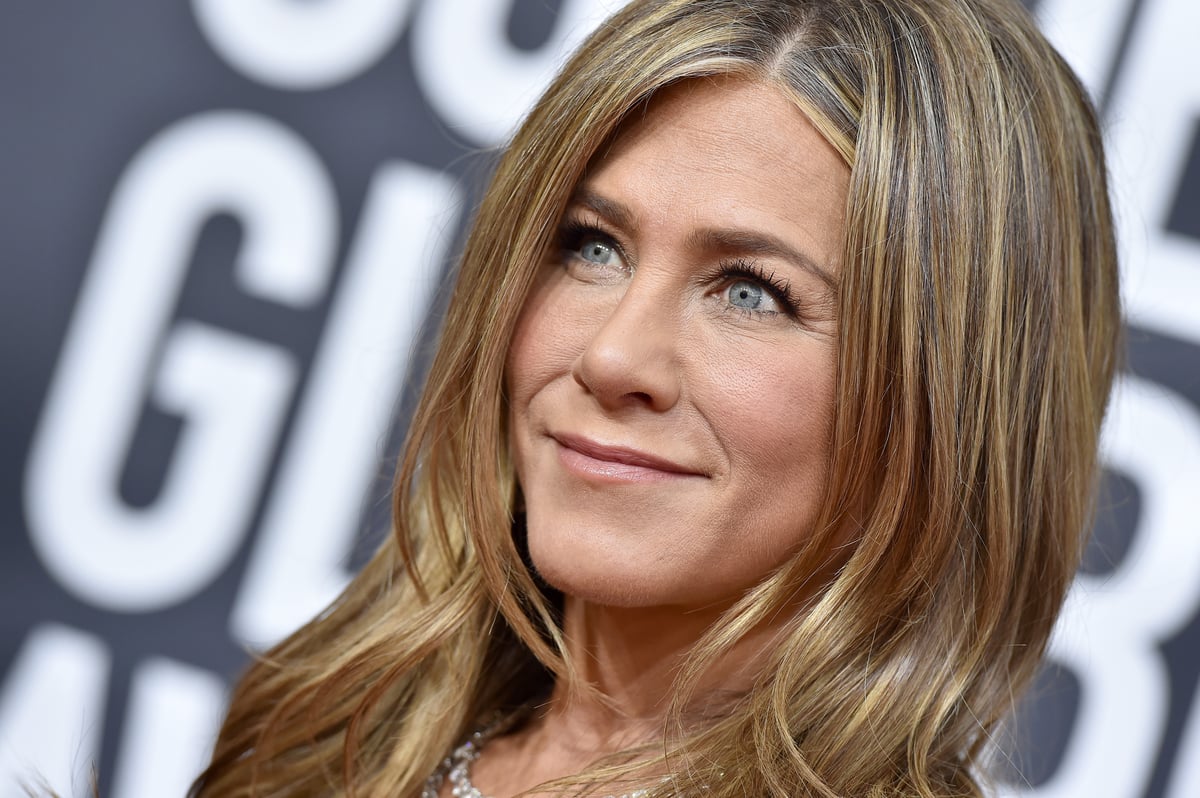 When Brad Pitt and Jennifer Aniston began dating in the late 90s, they quickly cemented themselves as Hollywood's first modern power couple.

It was the stuff of tabloid dreams. While Pitt was moving into certified leading-man status, Aniston was the biggest star in the biggest sitcom of all time, commanding a paycheck of $US1 million for each episode of Friends.

But within just five years, it all came crashing down.

Watch: The things we'll never say in 2021. Post continues below.

It all began in 2004, when Pitt signed on to make Mr and Mrs Smith alongside Angelina Jolie.

As filming for the movie began, rumours of an affair between the co-stars started. Shortly afterwards, Pitt and Aniston separated.

Within just a couple of months, Pitt and Jolie became an official couple, posing together in an intimate W magazine shoot titled "Domestic Bliss".

Much like the rest of the world, Aniston was, understandably, "shocked".

It was around this time that a particular narrative began to take shape in the tabloids as Jolie and Aniston were plastered on magazine covers worldwide.

While Jolie was painted as the "bad girl" and a "home wrecker", Aniston was portrayed as "poor Jen". The innocent woman scorned. 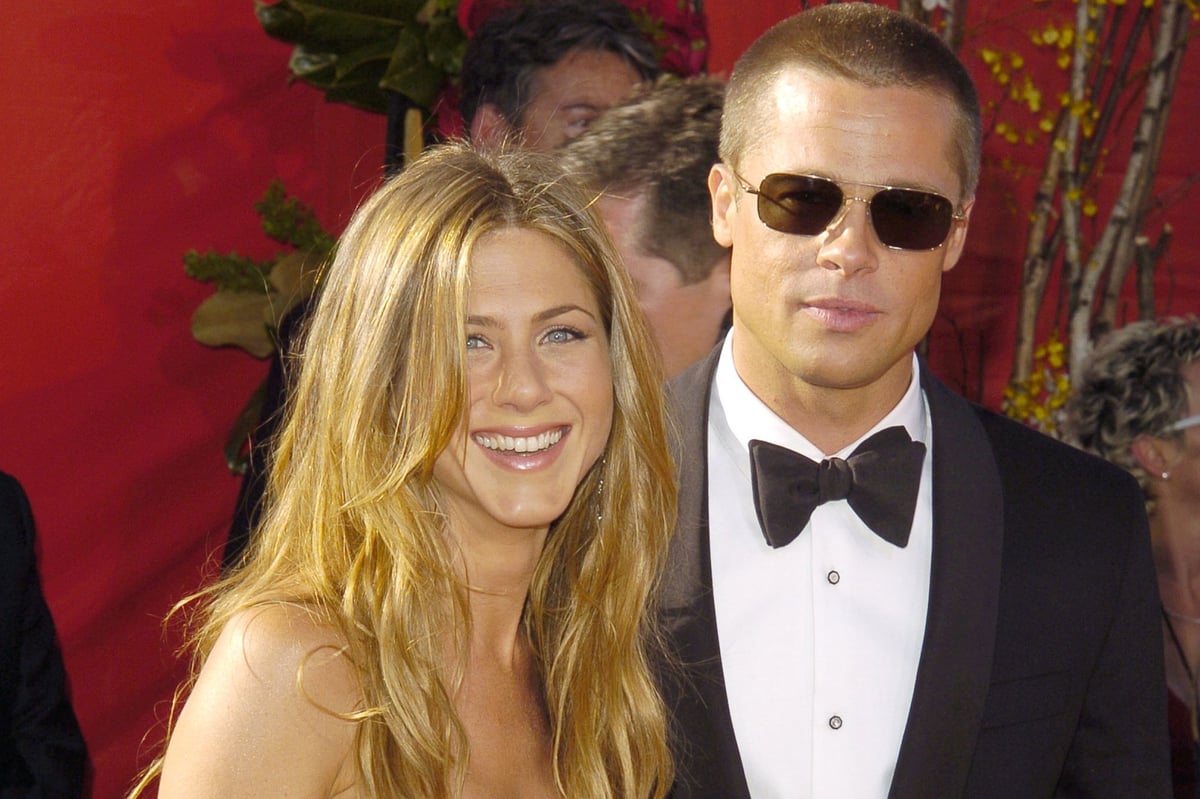 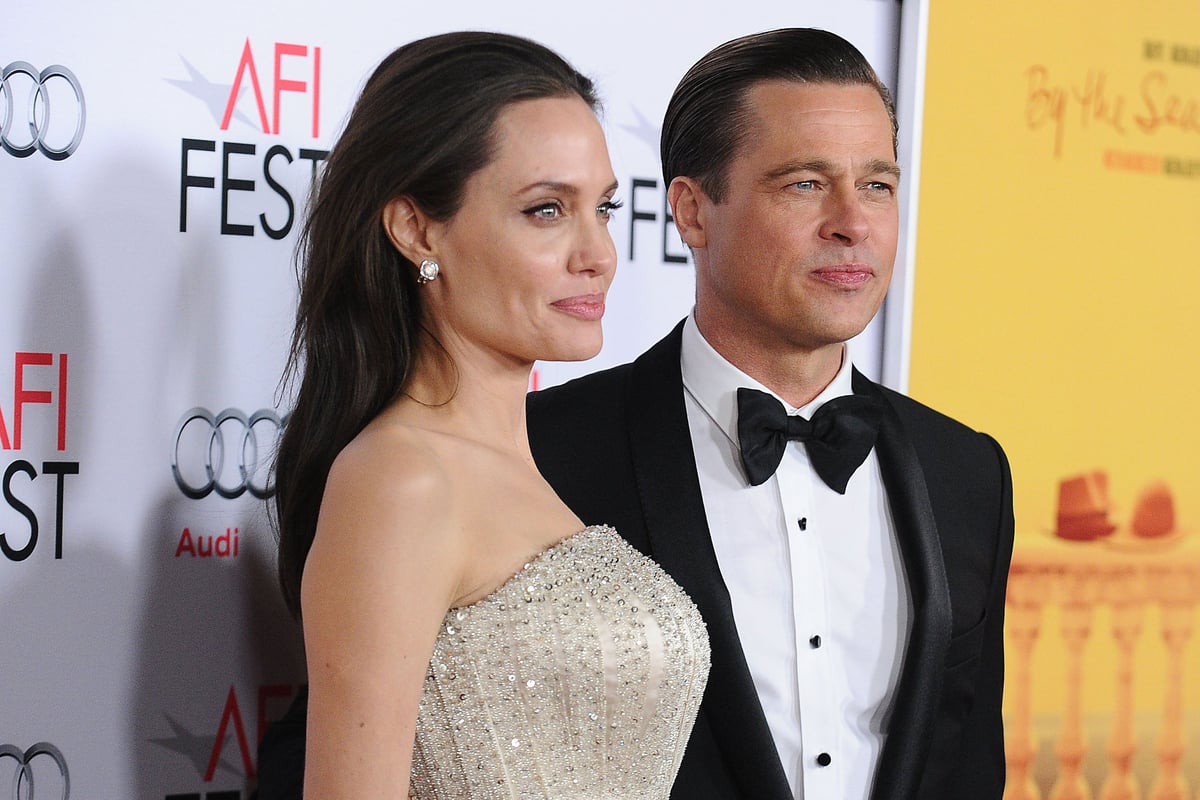 Aniston's split from Pitt was over 15 years ago. Yet, to this day, the 'poor Jen' narrative persists.

Over the years, the sentiment has remained strong in the tabloid headlines - from her split from second husband Justin Theroux, to the fact that she hasn't had children. And Aniston certainly knows it.

In a profile with The Hollywood Reporter this week, Aniston reflected on the incessant attention paid to her private life.

"I used to take it all very personally - the pregnancy rumours and the whole, 'Oh, she chose career over kids' assumption. It’s like, 'You have no clue what’s going on with me personally, medically, why I can’t... can I have kids?'" she said.

"They don’t know anything, and it was really hurtful and just nasty."

For years, Aniston has faced intense speculation about why she didn't have children, coupled with endless pregnancy rumours when she has dared to touch her stomach in public.

Over the course of her career, Aniston has had at least 83 phantom pregnancies. And yes, she's also been pregnant with twins.

Well, according to the tabloids at least.

"What the tabloids and the media did to people’s personal lives back then, regular people are doing now," Aniston told The Hollywood Reporter.

"Although I haven’t seen a tabloid in so long. Am I still having twins? Am I going to be the miracle mother at 52?"

It's not the first time that Aniston has spoken about the rumours that have plagued her personal life for years.

Speaking to Allure in 2014, Aniston addressed the public interest in her reproductive life.

"I don’t like [the pressure] that people put on me, on women - that you’ve failed yourself as a female because you haven’t procreated. I don’t think it’s fair," she said.

"You may not have a child come out of your vagina, but that doesn’t mean you aren’t mothering – dogs, friends, friends' children.

"This continually is said about me: that I was so career-driven and focused on myself, that I don’t want to be a mother, and how selfish that is."

Aniston also said the implication women without children are 'less' is grossly offensive.

"There are all sorts of reasons why children aren’t in people’s lives, and no one has the right to assume. Its quite rude, insulting, and ignorant."

Similarly, speaking to InStyle in 2018, Aniston referred to the rumours as reckless.

"The misconceptions are, 'Jen can't keep a man,' and 'Jen refuses to have a baby because she's selfish and committed to her career.' Or that I'm sad and heartbroken. First, with all due respect, I'm not heartbroken," she shared.

"And second, those are reckless assumptions. They don't know what I've been through medically or emotionally. There is a pressure on women to be mothers, and if they are not, then they’re deemed damaged goods. Maybe my purpose on this planet isn’t to procreate. Maybe I have other things I’m supposed to do?"

Indeed, Aniston has been doing lots of other things.

Other things like forming her own production company, winning a slew of awards, producing and starring in multiple television series, appearing as the face of some of the biggest brands on the planet, and donating to dozens of causes.

Yes, despite what the tabloids continue to believe, Jennifer Aniston is doing fine, thank you very much.

S
simple simon a month ago

" ...who can’t have children, or are trying but are having a difficult time," she said.
"There are all sorts of reasons why children aren’t in people’s lives

Exactly! So how 'bout we stop our stock standard question to adults we meet being 'do you have kids?' When you meet someone, if they have kids, and want to talk about them, they will tell you. You don't need to ask them. And following on from the above, we really shouldn't be asking them.
M
mamamia-user-482898552 a month ago

Reply
Upvote
3 upvotes
@simple simon It's just small-talk - I'm not sure it's realistic to expect people to abandon small talk. "Do you have kids?" is really just up there with "what do you do for a living?" "Where did you grow up/go to school?" and "Did you see [insert stupid TV show]?" as icebreaker topics of conversation. Personally, I don't mind being asked about whether I've got kids (I don't); but I do mind judgemental attitudes.
S
simple simon a month ago

Reply
Upvote
@mamamia-user-482898552
Well, it was in reference to people who want to have children but "can’t have children, or are trying but are having a difficult time".  You might say it's just making small talk, but they basically have to deal with this every time they meet someone.
In respect to such involuntary childless people, I think we should all stop asking this question.
M
mamamia-user-482898552 a month ago

Reply
Upvote
2 upvotes
@simple simon Sure, but again it's unrealistic to expect people to know the circumstances of someone's family structure. I think the more realistic thing to ask is that people don't hound others for reasons and explanations when they discover someone doesn't have children. Lots of small talk can be potentially triggering: asking about someone's childhood, for instance, may also dredge up unpleasant memories. Asking someone what they do for a living can be awkward if they're unemployed.
Additionally, avoiding the discussion about children basically perpetuates the invisibility of people who don't have kids. What's actually more important is that the community become more attuned to the fact that people without kids exist, and that the reasons behind that status are complex and highly personal. Some child-free and childless people are happy to be heard and noticed and to tell their stories - it's a mistake to assume this is an issue that needs to be swept away and out of sight. The onus is on everyone to learn how to navigate those conversations appropriately, not to avoid them altogether.
S
simple simon a month ago

Yes. So i think we should stop asking people we meet this as well. (As has been written about in Mamamia.) Again. If someone has a job that they find interesting, and they want to talk about, they will tell you. You don't need to ask them.

Some ... childless people are happy to be heard and noticed and to tell their stories

Really? I thought it would be triggering for them to have to deal with it every single time they have an interaction with someone. Anyway, I think we should leave this for the actual involuntary childless to publicly discuss and advise.
M
mb1111 a month ago

Reply
Upvote
Her comments resonated with me. As someone who had their first child at 36 after being married for 7 years I had all of those comments sans the tabloid pregnancy rumours. I just did not want to share my life journey with acquaintances because it was private.  Also after being told I was selfish because I was childless or career mad I wasn’t in the mood to share my fertility journey with them.  People did shut up though when I had 4 kids in 4 years lol 😂. However when I went back to work and  my husband stayed home that just ignited a different theme.  I really feel for women in the spotlight who endure these type of comments in public.
News
General
Opinion
True Crime
Politics
Sport
Explainer
Entertainment
Celebrity
Reality TV
Movies
TV
Books
Rogue
Royal
Lifestyle
Beauty
Fashion
Weddings
Home
Wellness
Health
Fitness
Travel
Food
Parents
Before The Bump
Pregnancy
Baby
Kids
Teens
School
Parent Opinion
Work & Money
Money
Finance
Career
Lady Startup
Relationships
Sex
Dating
Separation
Friendship
Family
Real Life
Couples