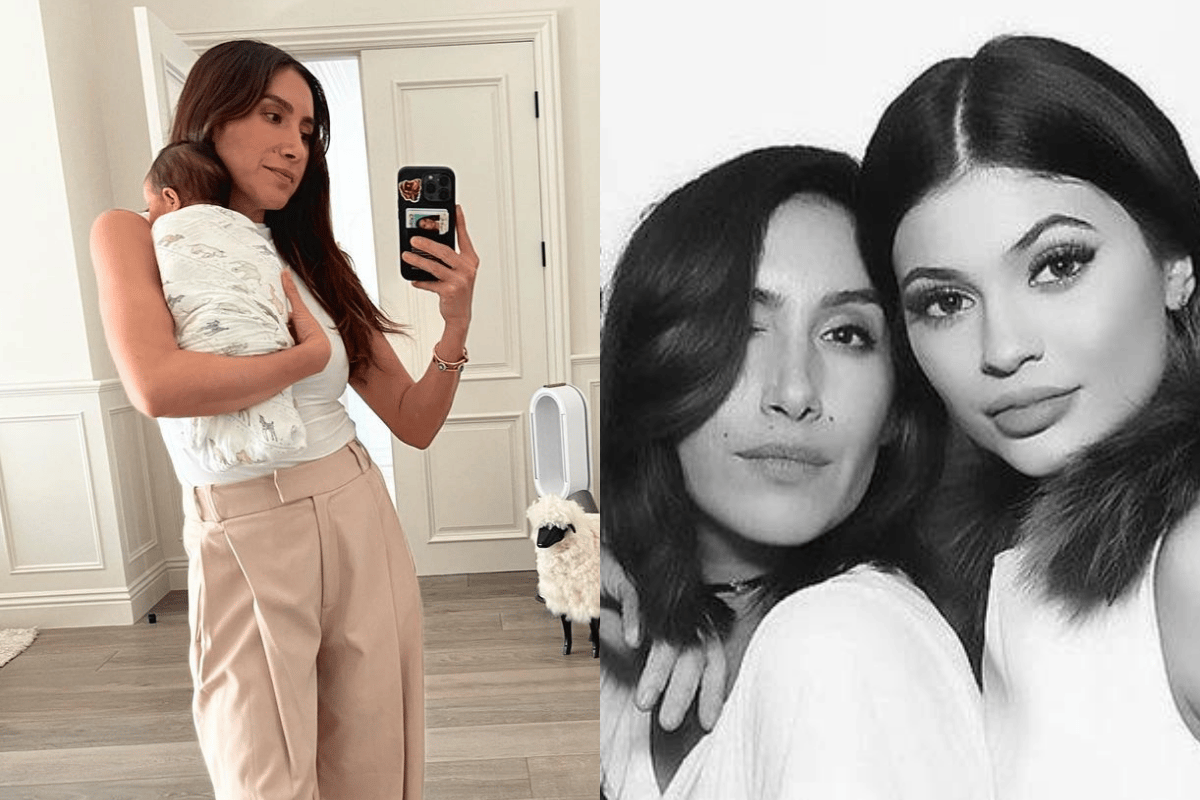 Jen Atkin's workplace is in the households of the world's most famous names.

You've likely seen glimpses of the celebrity hairstylist tending to the tresses of the Kardashian sisters in Keeping Up With The Kardashians, or in photos with her best friend Chrissy Teigen as they vacation in Europe together.

For years, Jen Atkin has been not just the hairstylist of several A-listers, but also a close confidante in their circles.

Atkin has built an empire thanks to her undeniable talent, matched with her ability to build a loyal following on social media.

In 2015, the New York Times profiled Atkins with the headline: Is This the Most Influential Hairstylist in the World?

“I’m very good at marketing myself,” Atkin explained. “I do what I do, and I’m good for what I do, but I’m not the best hairstylist.”

She's also earned the trust of her clients - part of the key to her success, she says.

“I genuinely love Jen’s personality.” Kim Kardashian told The New York Times about Atkin. “She’s snarky and witty and has phenomenal one-liners. She’s become one of my best friends.

“It’s knowing that I could hang out and get drunk with you and you’ll never take advantage,” Kardashian added. “Some people, you give them an inch and they take a mile. Jen is always on time in the morning.”

As her career has flourished, Atkin has been open about the fact that she wanted to wait to have children.

In November 2015, when Atkin was 35, she made the decision to freeze her eggs so that she and her husband, photographer Mike Rosenthal, could hopefully one day have kids.

Atkin spoke about her choice to Forbes in 2017, explaining: "I think a lot of women feel ashamed that they’re not having children, or that they’re waiting longer, and nobody talks about it. I sacrifice quite a bit to run three businesses, and my husband and I made a joint decision to freeze embryos...

"I do want children one day, but I’m not quite ready, and the minute we did it, the weight of the world was off my shoulders."

Five years after she underwent that process, Atkin announced the birth of her first child, a son called River Julién, who was born in March 2021, via surrogacy.

Atkin had not posted about any part of the surrogacy process previously but has recently opened up about her experience on Instagram - sharing details with her four million followers.

"I wanted to talk openly about it [because] it felt very lonely at the time," she explained. "I also got upset at how costly it is, and I don’t understand how most employers don’t help cover this cost for women."

In 2020, the pair decided surrogacy was their best option.

"I know a lot of people have been asking for details about miscarriages, failed IVFs, etc but I’m not sharing any of that [because] I don’t think anyone has to explain why they chose surrogacy, period."

The 42-year-old continued: "Our society doesn’t normalise surrogacy, adoption, or fostering. Being adopted myself I have always known the importance of celebrating, without judgement, every family’s unique journey."

Atkin added, "It doesn’t matter how you decide to become a parent, or if being a parent to a little human lasted a million days shorter than it should have, you are still a parent and it deserves massive celebration."

The entrepreneur said that the process had been particularly difficult due to the COVID pandemic.

"Because of coronavirus, obviously it was really hard for us not going to appointments. But our surrogate was so incredible, she took photos and videos - really made us feel like we were a part of every single part of this pregnancy and we're so grateful to her for that."

In 2022, Atkin revealed she was now a mother of two, after welcoming Sloane Soleil Rosenthal, who was born in March.

"She truly is the sunshine of our home and an Aries Queen navigating a house full of Pisces. God help her," she wrote in a surprise post to Instagram.

Atkins went on to ask close friends and loved ones to donate instead of sending gifts.

"She’s got all of brother’s hand-me-downs so we truly don’t need a thing. Because Gifts x Flowers = dogs barking at the door, we’re asking to please visit @hopeofthevalley. We want to help the countless number of unhoused families + notice all the tents that line our streets. The reality is $49.20 can feed 24 people. We’ve made a personal family donation in Sloane’s name to help their mission to prevent, reduce and eliminate poverty, hunger and homelessness and are grateful for the work they do.

"We’re working on a video to share of the past 10months and want to thank Dr Andy Huang, our wonderful surrogate and her family, our Surrogacy consultant Stephanie Levich, and Dr Robert Katz for helping us to expand our family."

Atkin and Rosenthal have been together for eleven years and married in 2016.