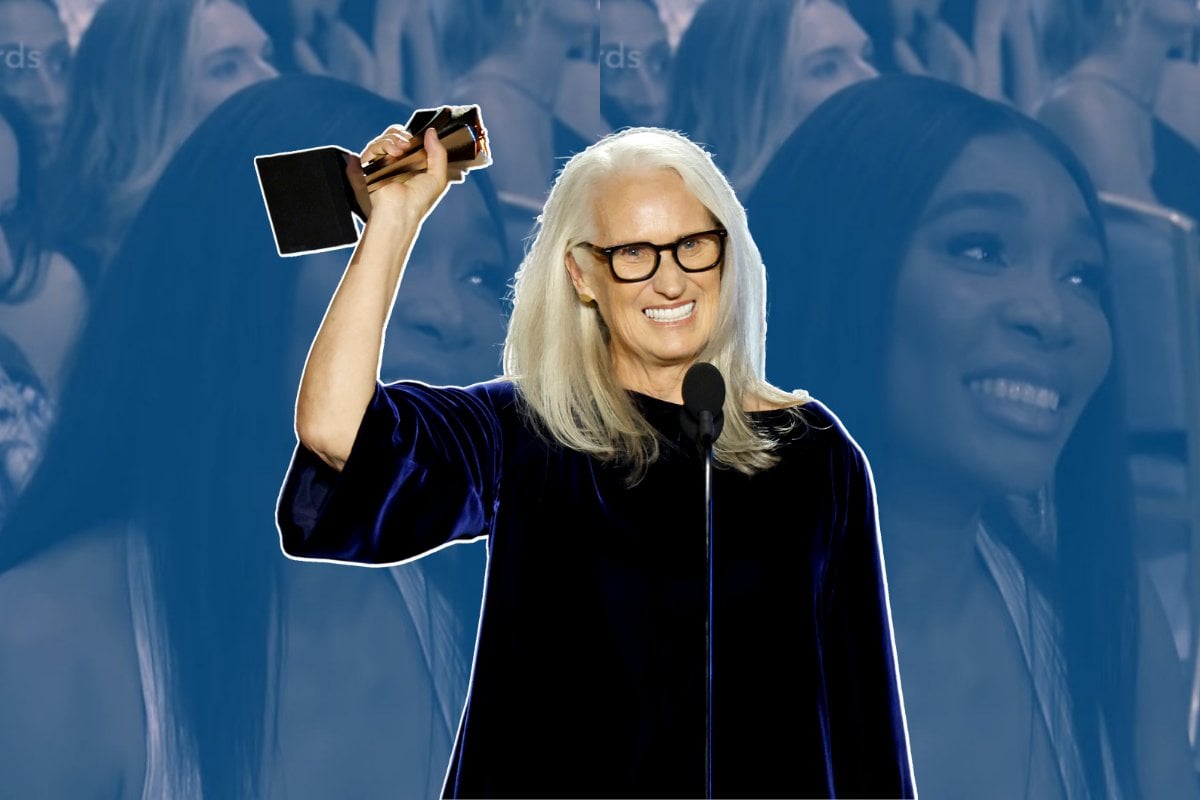 Just days ago, Jane Campion was an internet darling.

She is the first woman to be nominated for Best Director at the Oscars twice. She's the favourite to win this year, having already taken out the two corresponding awards at the Golden Globes, the BAFTAs and the Critics' Choice Awards.

The New Zealand director's The Power of the Dog, is one of - if not the - most decorated films of the 2022 awards season.

So when Campion responded to negative comments from American actor Sam Elliott about the film, everyone loved it. She was called 'iconic' and users garnered hundreds of likes and laughs for reaction memes.

But just as quickly as she gained it, Campion lost the goodwill.

While accepting an award at the Critics' Choice Awards, Campion made unnecessary comments about tennis legends Venus and Serena Williams.

"You do not play against the guys like I have to," she told the sisters, sitting in the audience.

Now, the Oscar favourite - who just days ago was being praised for her 'clap back' against prejudice - has apologised for airing her own.

In February, actor Sam Elliott spoke on Marc Maron's WTF podcast about his dislike for Campion's film - a Western psychological drama based on the book by Thomas Savage.

Elliott, who has starred in many westerns, said the cowboys in the film reminded him of all-male strip dance troupe Chippendales.

"That's what all these f***ing cowboys in that movie looked like, running around in chaps and no shirts. There were all these allusions to homosexuality throughout the f***ing movie," he said.

"Well, what the f*** does this woman from down there – she's a brilliant director – know about the American west, and why the f*** did she shoot this movie in New Zealand and call it Montana and say, 'This is the way it was'. That f***ing rubbed me the wrong way, pal."

The comments garnered a lot of controversy, and responses from stars Jesse Plemons and Benedict Cumberbatch.

Cumberbatch said "that sort of denial that anybody could have any other than a hetero-normative existence because of what they do for a living or where they're born" was indicative of a "massive intolerance within the world at large towards homosexuality still and toward an acceptance of the other and anything kind of difference."

On March 12, Campion herself responded.

"I think it's really unfortunate and sad for him because he's really hit the trifecta of misogyny and xenophobia and homophobia. I don’t like that. I'm sorry, he was being a little bit of a B-I-T-C-H. I'm sorry to say it but he's not a cowboy, he's an actor. The west is a mythic space and there's a lot of room on the range. I think it's a little bit sexist," she told Variety at the Directors Guild of America awards.

"I consider myself a creator. I think he thinks of me as a woman or something lesser first."

Her comments received plenty of praise online and spurned a number of memes.

An award win, a speech, and Venus and Serena Williams.

Campion swept all three of the awards she was nominated for at March 13's Critics' Choice Awards.

While accepting the award for Best Director, Campion acknowledged women at the ceremony.

Addressing Venus and Serena Williams, who were in attendance as their father is the subject of the film King Richard, Campion first said it was an honour to be in the room with them and jokingly requested tennis lessons.

She then thanked her fellow Best Director nominees, who were all men.

Social media users pointed out that the Williams sisters have had to compete against men. On court, they have both competed in mixed double tournaments. But beyond that, they have come up against not just sexism, but racism, throughout their entire careers.

That Jane Campion whiplash is a perfect distillation of white feminism.

The violence of Jane Campion words, the laughter, sniggering and & clapping in that room is so sick

If we served Jane a bit of what she dished out to Serena and Venus, her White woman tears will come take center stage

Jane Campion calling Sam Elliott a bitch and a fake cowboy (💯) then like two hours later getting on stage to take a random shot at Venus and Serena Williams is a pretty perfect encapsulation of old white ladies incapable of recognising that their struggle is not the only one.

In a statement, she said: "I made a thoughtless comment equating what I do in the film world with all that Serena Williams and Venus Williams have achieved. I did not intend to devalue these two legendary Black women and world-class athletes.

"The fact is the Williams sisters have, actually, squared off against men on the court (and off), and they have both raised the bar and opened doors for what is possible for women in this world. The last thing I would ever want to do is minimise remarkable women. I love Serena and Venus. Their accomplishments are titanic and inspiring. Serena and Venus, I apologise and completely celebrate you."

Neither of the Williams sisters have yet publicly commented on Campion's remarks, although Venus was seen being embraced by the director at a Netflix event following the awards show.

The Oscars are now less than two weeks away.

Whether Campion will have an opportunity to right a wrong on Hollywood's most prestigious stage is yet to be seen.

Reply
Upvote
Such a weird and gross comment for her to make at that moment. Its a shame, I was excited to finally see a female director winning.