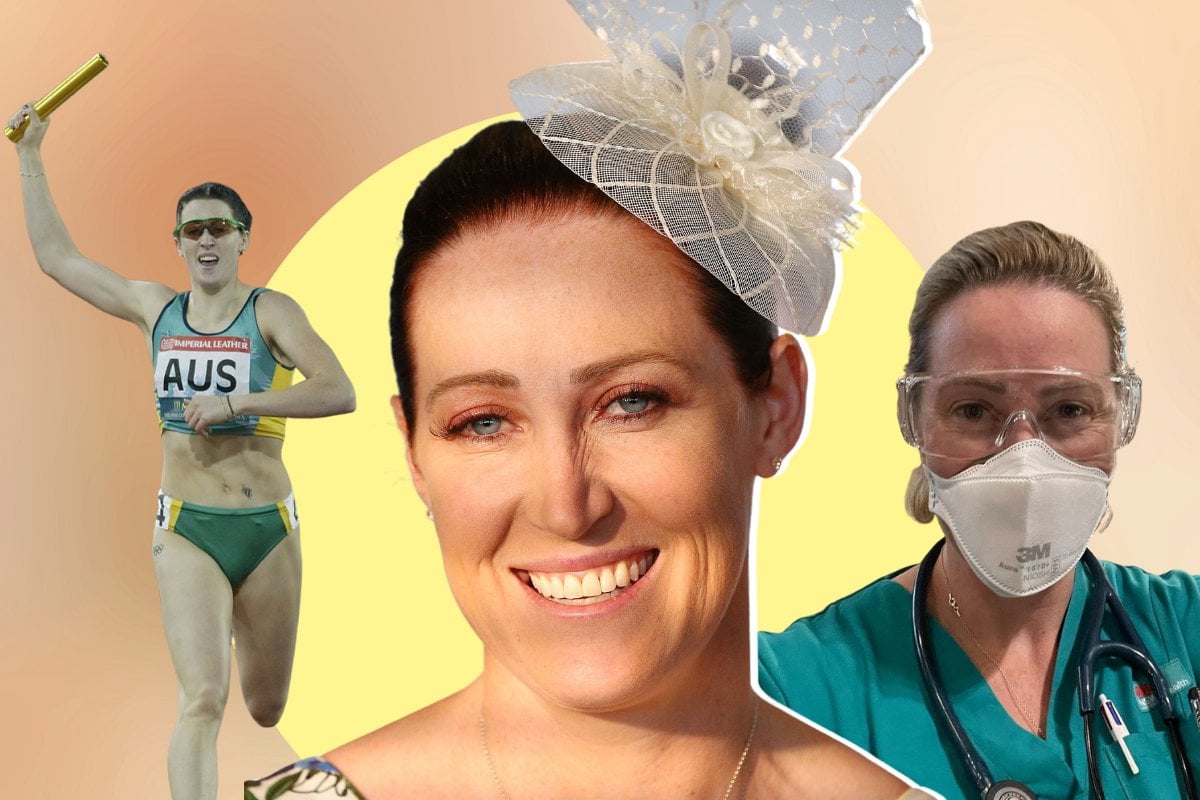 Content warning: This post deals with eating disorders and miscarriage and may be triggering for some readers.

Dr Jana Pittman is arguably one of the most underestimated women in Australia.

On top of that, Pittman is a doctor, soon-to-be mother-of-six, and she most recently wowed the nation when she took on Channel 7's brutal SAS Australia course.

Her progression into stardom came from a childhood where Pittman saw herself as an outcast among her peers.

"I've always felt a bit weird, quirky in that I'm extremely driven and studied all the time," she told the ABC.

"I talk really fast and I guess I'm not to everybody's taste. I struggled to fit in. I have always struggled with self-esteem."

On the track though, she was a different person.

Her one dream, despite becoming the best of the best, was for her own father to be able to take a day off work.

“My father is an amazing man and he worked so many hours in the day. He’s over 70 years old now and still works every single day on a building site. He’s an engineer but he also builds houses,” she told The Leadership Lessons.

“It was my way of saying: right, I’m going to make my dad have a day off and he’s going to come and enjoy the track with me. It literally started just to impress my dad and then somehow around the age of 14 or 15, I started looking like I had a little bit of potential.

“I ended up qualifying for the Olympics in Sydney, in my home country, when I was only 15 years of age.” 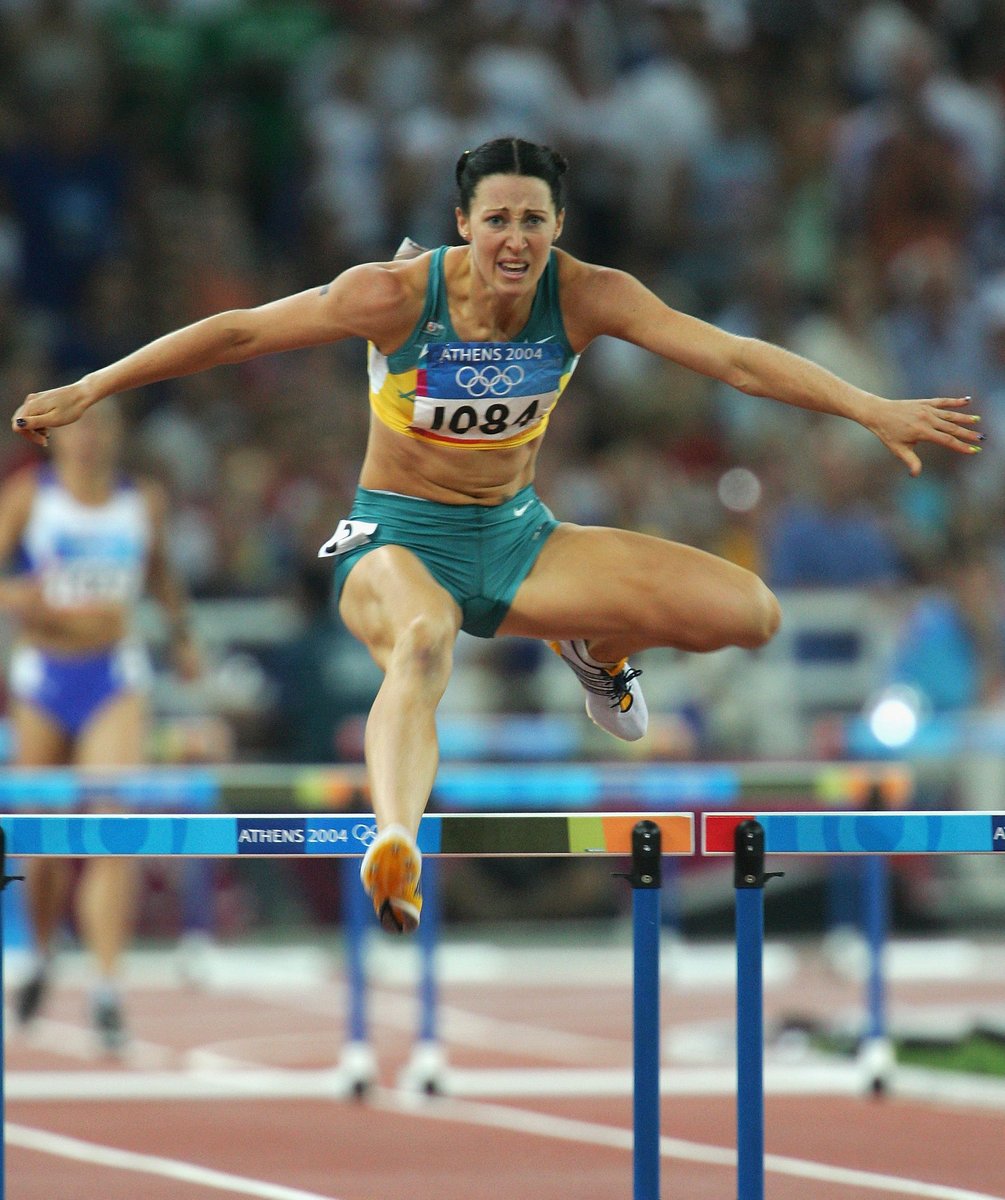 Pittman was the first Australian woman to compete in both the Summer and Winter Olympics, as a hurdler and for bobsled.

However, Pittman faced scrutiny from the media and the public after an injury put her place at the Olympics in jeopardy.

When warming up for the final race in the 2004 Athens Olympics, she tore the cartilage in her knee, and was advised that she wouldn't be able to compete.

A surgeon in the UK claimed they may be able to fix it, and post-surgery, Pittman threw away her crutches in front of waiting media.

"One of the things I wholeheartedly wish I could take back was when I threw my crutches away," she told the ABC.

"I saw that as a moment of showing Aussie strength, of showing, 'Look what we can do' but, looking back on it, I can see how dramatic that would have looked.

"And it just fuelled the whole 'Jana Drama'. Actually, I think that's where it started."

It continued throughout the early 2000s, as she told Mia Freedman on No Filter.

"I just did too much media, and I think people were a little bit sick of it.

"I was sponsored by Channel Nine, and the rights of the Olympics [belonged to] Channel Seven. So whenever I did a story with Nine, Seven had to run one as a counter. I think there was just literally too much, a running saga in the newspapers in front page... And I think the average bloke didn't want to see that."

Then cameras caught her blowing off steam behind-the-scenes after a race loss.

"I got through to the [back] room, and other than your coach, no media is allowed back there at all. That's when you're allowed to let all that emotion and adrenaline out of your system."

What she failed to realise in the moment, was the camera over the fence that had caught her every movement. Pittman admitted the entire situation was "really hard" for her. "They captured the real wrongness of it."

Instead of sympathy, compassion or an ounce of understanding - Pittman was ostracised and she began to struggle with poor mental health and bulimia.

"I honestly don’t know what snapped but I vividly remember the day my strict eating became disordered," she said in her book Just Another Hurdle. "I started on a long and slippery road. I seemed to be living inside my thoughts all the time, with a little demon voice that bargained with me about everything. What I could eat, what I shouldn’t, what I was allowed to feel and what I should block out."

In what was a chaotic year, Pittman fell into disordered eating, admitting she would indulge on junk food and then find herself feeling guilty.

“One of the hardest parts about it was that when the issues started happening with my diet, I was at my best in sport,” she explained to Mia Freedman on No Filter.

“So there was that… it was almost like a negative reinforcement saying, well, you’re getting away with it." 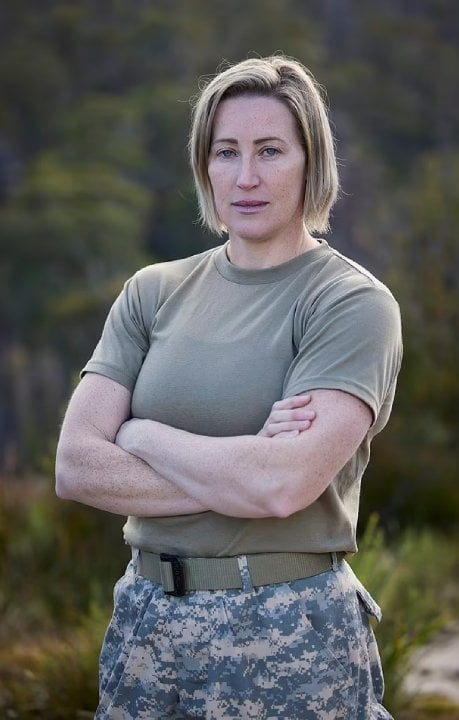 “Whereas if you’ve got an eating disorder or anyone who’s experienced it knows it’s really hard to beat, and if things start going wrong in life you can say, well, I need to fix this problem because it’s causing me relationship issues, it’s causing me problems with my work and my mindset. For me, I was winning world titles while this was happening. So it kept reinforcing in a positive way – well the skinnier you are, the faster you are, the better you are.”

Pittman eventually turned to therapy for help, although admitted an illness like bulimia is not a disorder that ever completely goes away.

The star athlete, with a backdrop of articles criticising her every move, would go on to retire gradually from her epic career.

"I never announced it," she told No Filter. "Usually you would stand up in the media and say 'I'm done', but mine just kind of transitioned... My last international competition was in 2014 [bobsled at the 2014 Winter Olympics]."

She told the SBS program Insight that while she may not fully be retired, letting go of her former career has been a difficult transition.

"I'm not really sure I've actually coped with it [retirement] yet. I think it's probably the hardest thing I've ever dealt with," she said.

"My poor family, every minute I'm like 'I'm retired, I'm done' but then five minutes later I'm like: 'No I'm back at the gym can you come and look after the kids?'"

Nowadays, the devoted mother is juggling her new career as a doctor with her four kids - soon to be six following her recent announcement that she's expecting twins. 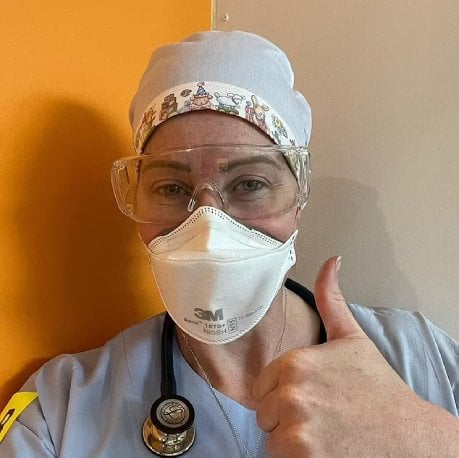 Pittman may not have won a gold medal at the Olympic Games, but it only redirected her drive towards medicine - specifically women's health.

“Sometimes no matter how hard you try at something, we are human and we are fallible,” she explained to The Leaderships Lessons podcast. “When one door closes – and that for me was a giant door, the Olympic gold medal – another one opens.”

Her epic sports career ending was not her only inspiration to go into medicine. She told Mia Freedman it was the loss of her own children during pregnancy that made her so passionate about women's health.

"It was really just bad luck and I think that's what a lot of women [do]... We really get hard on ourselves when we lose a baby but we don't realise that it happens to so many of us," she said.

"I lost three babies, and that really hurt. It's hard, and I didn't process it until later, because a lot of [us as] women just don't feel like we can stand up. We don't even tell people we're pregnant [until after] 12 weeks. And therefore, when we do lose a baby prior to that, we're not able to share that emotion."

Listen to Mia Freedman's interview episode with Jana Pittman on No Filter. Post continues after audio.

Pittman's eldest child is 14-year-old son Cornelis, who she shares with her first husband and former coach, Chris Rawlinson.

Two of her children, daughters Emily, six, and Jemima, four, were born via IVF.

Her youngest (for now), Charles Brian Pittman-Gatward, was welcomed just months after she married Paul.

Her dedication to being a mother, alongside her incredible work as in obstetrics and gynaecology, has been a difficult feat, but one she relishes in.

"Thought I wasn’t clever enough, too old, single mum, mortgage to keep," she shared in an Instagram post back in May.

"I had lots of excuses... Almost didn’t sit the entry exam out of fear of failure. Hard to imagine now what could have happened if I had listened. So grateful to my family and friends who push me (and hold me back) but also proud that my nerves, drama, emotion and fear which I used to think were weaknesses, actually became my weapons for success, those personality traits translated into passion, drive and hope."

"Love and honour who you are!"

For free help and support for eating disorders, contact the Butterfly Foundation‘s National Support line and online service on 1800 ED HOPE (1800 33 4673) or at [email protected]