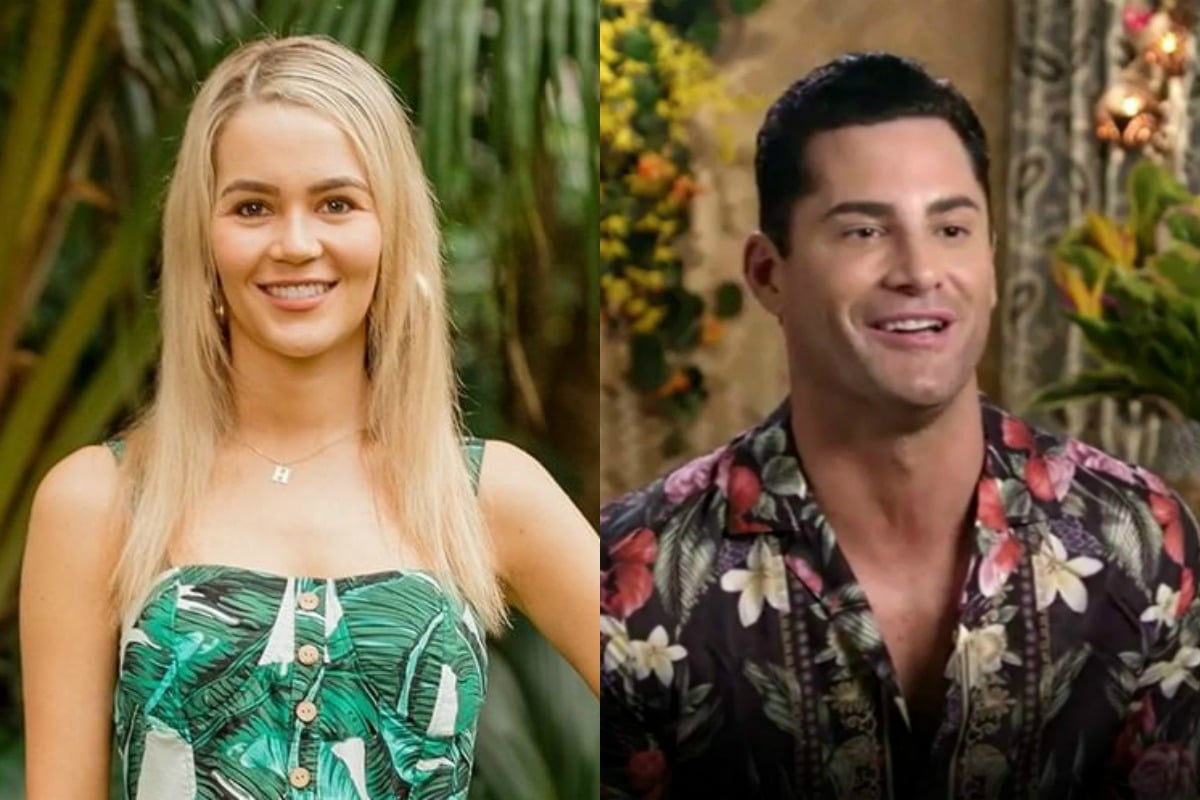 1. "That environment makes everyone crazy." Bachelor in Paradise's Helena on what Jamie is really like.

Jamie Doran gets a pretty rough edit on Bachelor in Paradise.

From the running animal footage on his arrival, to the 10 minutes dedicated to his decision to leave Fiji because he thought Timm had gone, to the Star Wars style font over screen while he speaks.

We get it: Jamie is intense.

Speaking to Mamamia following her exit on Monday night's episode, Helena Sauzier said Jamie's edit was perhaps a bit of an exaggeration (but not... by much).

A post shared by Bachelor In Paradise Australia (@bachelorinparadiseau) on Jul 22, 2020 at 4:16am PDT

Helena found herself learning Jamie had a bit of a thing for her after he began having multiple conversations with others, even telling Timm she "gets his quirkiness".

But Jamie didn't really have a chance, with Helena saying there was one person she had hoped to see in Fiji who she missed... just.

"I actually did ask to see Jackson and he asked the same for me, but we just missed each other," she told Mamamia.

"I think he'll probably find someone in there, we'll have to wait and see."

2. Oh. Bachelor in Paradise's Jules has responded to Alisha and Glenn's relationship.

They're the wholesome couple we love watching on Bachelor in Paradise.

And now Alisha's ex-boyfriend Jules has responded to her new relationship with Glenn.

Jules Bourne, who was linked to Alisha Aitken-Radburn on season two of the show, told the So Dramatic! podcast that Channel 10 have "spoiled" his ex-girlfriend's new relationship.

"In the promos that I've seen with the engagement ring on a finger – if that is not Glenn and Alisha proposing to each other, I will eat my hat!" he told the podcast.

Jules also explained that there is no bad feelings between him and Alisha.

"I don't want to put out stalker vibes but all the information is there. If you pay attention to Alisha's Instagram, she has moved to Perth, fact. Glenn lives in Perth."

Alisha previously ended things with Jules at the show's reunion special last year, after they briefly got back together outside of paradise.

"Jules has a habit of sort of dangling the carrot with me," she said at the time.

For more evidence Alisha and Glenn end up together after Bachelor in Paraidse, read our earlier article here.

3. Sophie Turner and Joe Jonas have announced the birth of their first child together.

A representative for the couple shared the news with Page Six and said, "Sophie Turner and Joe Jonas are delighted to announce the birth of their baby."

Rumours began circulating earlier this year that Turner was pregnant, when paparazzi caught the couple walking around Los Angeles, California. The photos that were taken suggested she was expecting a child.

However, neither Jonas, 30, nor Turner, 24 ever confirmed the news... until now.

Congratulations to the new parents!

Over the weekend, the 31-year-old model and actress married estate agent Harry Wentworth-Stanley in an intimate ceremony at Cowdray Park, in Midhurst, West Sussex. (The same place where Prince Harry and William used to play polo, back in the day.)

"It was a beautiful ceremony and they are just so happy. It was a very private and intimate ceremony and that is what they wanted," a source shared with the Daily Mail.

"Cressida did not want a big fuss, and did not want others to talk about it. You most certainly will not be seeing her wedding in Hello Magazine. She is also aware that [Prince] Harry is in the headlines and knew the attention her wedding would attract if it leaked out," another source added.

Unfortunately, we don't know any specifics about who attended the wedding, however, we do know that the UK COVID-19 limit for weddings is 30 people; and therefore, the event had to be small.

After dating for three years, Prince Harry and Cressida parted ways in 2014. However, the two remain close friends as Cressida attended his wedding to Meghan Markle in May 2018.

5. Leaving with a producer and the two Britts: What we know about Bachelor in Paradise's Jackson Garlick.

It looks like Jackson Garlick, (A.K.A. Angie Kent top four contender, A.K.A son of Garlo Pies founder) is joining Bachelor in Paradise tonight, and this is exactly what we needed.

In case that mini-recap didn't cover it for you, we first met the 26-year-old in Angie Kent's season of The Bachelorette last year, where he made it all the way to hometowns before being eliminated. 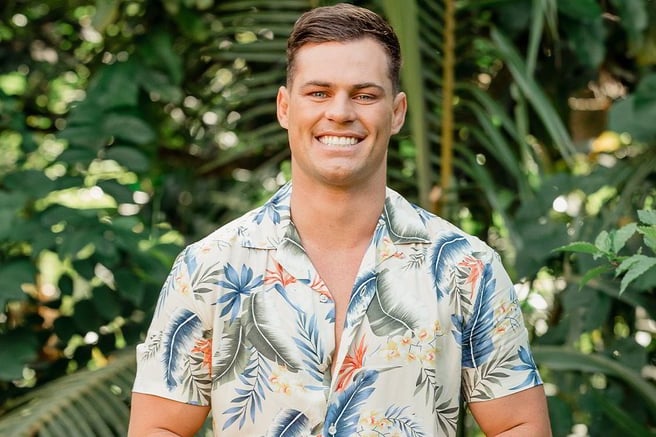 You may remember him as the guy who offered his family's homemade meat pie to coeliac and vegetarian Angie when entering the mansion.

Or maybe as the one who went through a celebrity, Instagram-photoshop scandal:

Here's everything we know about Jackson Garlick, ahead of his Bachelor in Paradise entry tonight.

He finds love... with a producer.

At this point, being a producer on any of the shows in The Bachelor franchise may be as good as being a contestant.

According to Woman's Day, a particular female producer for the show was on the lookout for love when faced with the selection of boys, and really, can you blame her?

"She [the producer] had her eyes on a lot of the boys but she ended up hooking up with Jackson," an anonymous source said.

For more on Jackson Garlick, read our earlier article here.