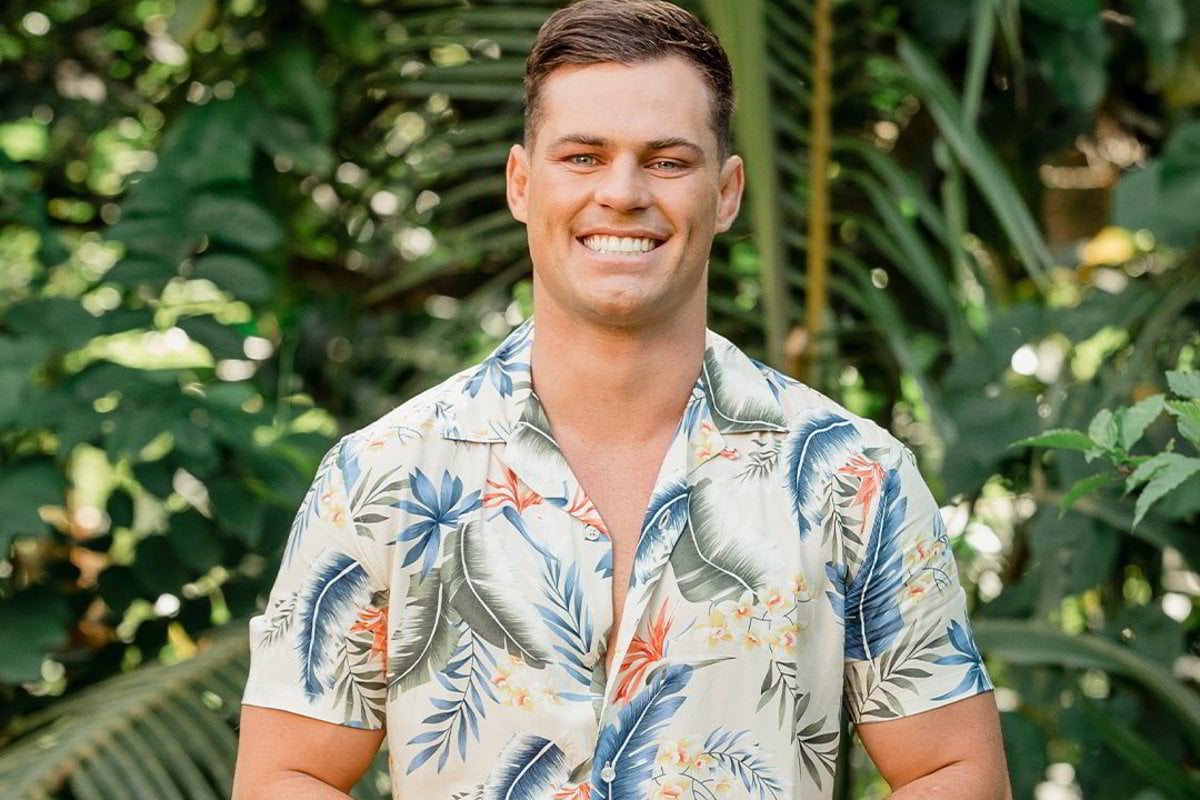 It looks like Jackson Garlick, (A.K.A. Angie Kent top four contender, A.K.A son of Garlo Pies founder) is joining Bachelor in Paradise tonight, and this is exactly what we needed.

In case that mini-recap didn't cover it for you, we first met the 26-year-old in Angie Kent's season of The Bachelorette last year, where he made it all the way to hometowns before being eliminated.

You may remember him as the guy who offered his family's homemade meat pie to coeliac and vegetarian Angie when entering the mansion.

Or maybe as the one who went through a celebrity, Instagram-photoshop scandal:

Here's everything we know about Jackson Garlick, ahead of his Bachelor in Paradise entry tonight.

He finds love... with a producer.

At this point, being a producer on any of the shows in The Bachelor franchise may be as good as being a contestant.

According to Woman's Day, a particular female producer for the show was on the lookout for love when faced with the selection of boys, and really, can you blame her?

"She [the producer] had her eyes on a lot of the boys but she ended up hooking up with Jackson," an anonymous source said.

Listen to Mamamia's daily entertainment podcast, The Spill, where hosts Kelly McCarren and Kee Reece discuss everything Bachelor in Paradise. Post continues below.

Last night's evictee Helena Sauzier added to the suspicion, hinting that Jackson would find someone, despite the pair going in with hopes of seeing each other.

"I actually did ask to see Jackson and he asked the same for me, but we just missed each other," she told Mamamia this morning.

"I think he'll probably find someone in there," she laughed, with a rather big emphasis on "someone"...

A fight for Brittney's heart.

In tonight's promo, Jackson is shown to be getting close with Littney-Brittney.

"Jackson walks in and I'm like damn boy, yes! He's got them blue eyes, them nice teeth," Brittney is heard saying.

We have our fingers crossed that this could finally be Brittney's big romantic break, but Jackson will have to make it through her BFF/potential - but not really - boyfriend, Jamie first.

"Why would I help the spark between Brittney and Jackson when I also want to stay in paradise," Jamie said, and I don't know, maybe because you want the best for your "best friend" (besides Timm of course), in paradise? ¯\_(ツ)_/¯

A potential relationship with Brittany Hockley is on the cards for Jackson too, as keen-eyed fans noticed Brittany captioning her first Instagram post of the show: "Wonder if there are penguins in paradise?"

Those who are very familiar with the ins and outs of season 5 of The Bachelorette may remember Jackson Garlick dressed as a penguin when he first got to know Angie Kent.

Possibly a coincidence. Possibly a very definitive hint that Britt will be getting to know Jackson in the coming weeks. 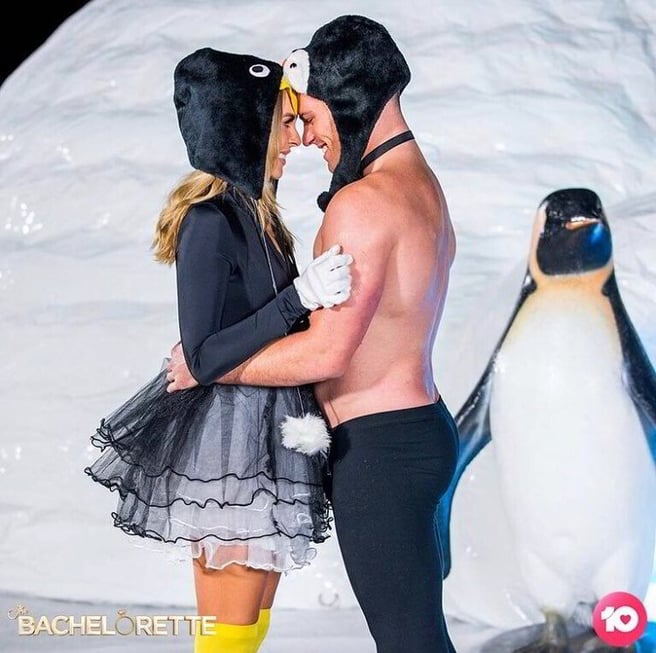