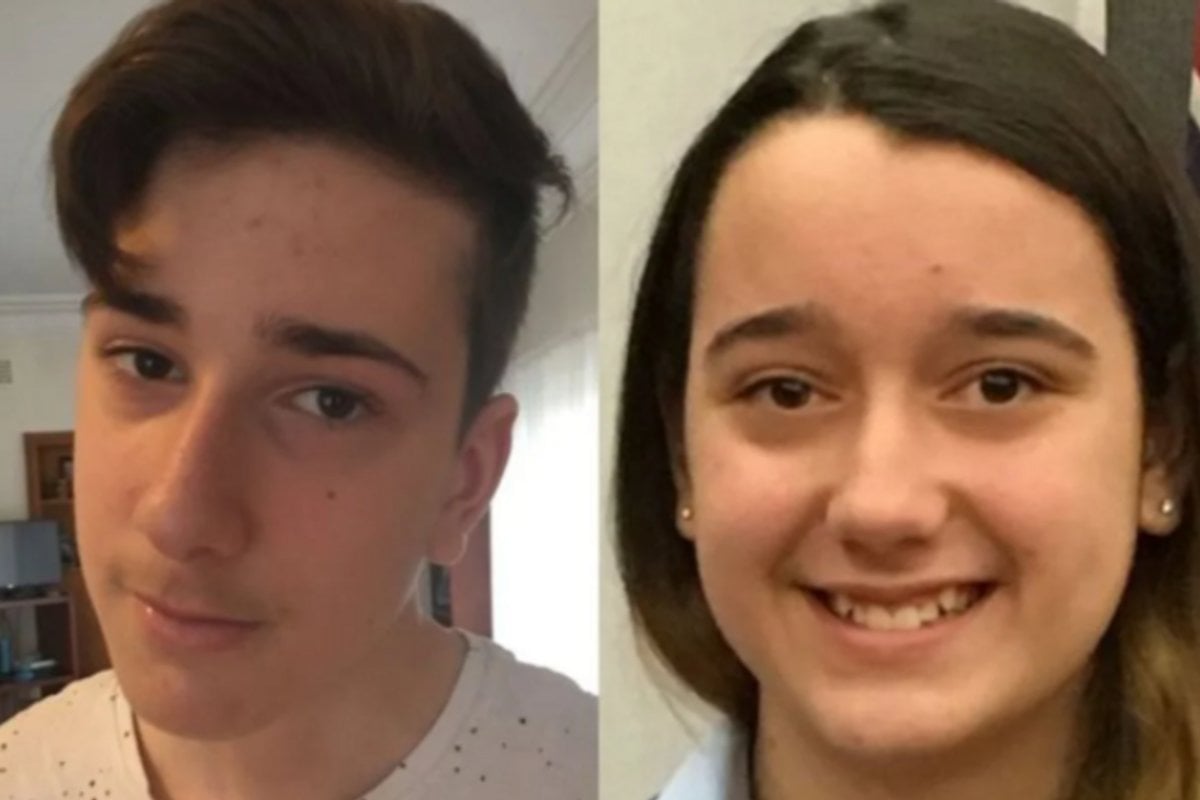 On a Thursday evening in July 2018, 36-year-old Olga Edwards returned to her West Pennant Hills home to find that her 15-year-old son, Jack, and 13-year-old daughter, Jennifer, had been shot by their father.

Today, an inquest found their deaths were "preventable".

Watch: Women and violence: The hidden numbers. Post continues below.

The teenagers were killed by 67-year-old John Edwards, who stalked his daughter as she walked home from school that afternoon. Later that day, after emptying two rounds of bullets into his children, Edwards took his own life.

Five months after her children's murder, Olga Edwards also took her own life.

Olga made her first police report in December 2016, where she described three instances to police of John assaulting Jennifer and Jack.

Police "erroneously recorded" it as "domestic violence - no offence detected".

"Had the incident been categorised as assault or domestic violence, it would’ve appeared in the (firearm registry’s) system in relation to John’s suitability of holding gun," said O’Sullivan.

Gun registry staff, who were working without any formal training, also failed to recognise John Edwards' long pattern of domestic violence when they gave him various permits and a licence to shoot and buy pistols and rifles.

"To describe this as a tragedy is to import a sense of inevitability that nothing could have been done to change the outcome," she said.

"Instead, the evidence before this court plainly reveals the deaths of Jack and Jennifer were preventable."

O'Sullivan said that Edwards had formed the intent to murder his children by April 2018, when he acquired his second pistol. He then spent about a week organising the logistics, including hiring a car, getting a specialist to wipe his digital devices and writing letters to estranged family members.

She said it was difficult to imagine the pain Olga must have felt on July 5, 2018, when she found police at her home and her children dead.

"This moment was the crystallisation of the fear she had harboured as a victim of domestic abuse, as the mother of two children who had been the victims of domestic violence at the hands of their father, and as a wife and mother involved in protracted, acrimonious family law proceedings."

Olga and the children had disclosed the abuse and violence to multiple agencies, however, none of them effectively acted to assist them.

O’Sullivan also detailed previous unpublicised information about the murders, including that Edwards reloaded his pistol with another 10-round magazine during the shooting.

Listen: John Edwards and the family murder that shook Australia. Post continues below.

O’Sullivan made 24 formal recommendations in her findings, including better domestic violence training for NSW police officers and regular audits of police reports to ensure they comply with best practice.

Despite the NSW Police's overhaul of the gun registry in response to the deaths, she said more was needed to address the "serious, systemic failures" present until July 2018.

She also called for better information sharing between the registry, police and Family Court to verify answers given by applicants, including whether they were subject to family law proceedings.

"Notwithstanding, the deaths of Jack and Jennifer serve as a stark reminder of the broader systemic problems that face too many women and children every day."

Police said they had implemented significant changes to systems and procedures regarding reporting and supervision of domestic violence incidents since July 2018.

"The NSW Police Force continues to identify ways to improve responses to firearms and domestic violence offences," they said in a statement.

If you think you may be experiencing depression or another mental health problem, please contact your general practitioner. If you're based in Australia, 24-hour support is available through Lifeline.

Reply
Upvote
1 upvotes
What this doesn’t include is that they recorded the reports as ‘no offense detected’ with zero investigation because the perpetrator had previously told the police that his wife would probably make a false report. They happily accepted his word because it seemed more likely to them that Olga was a mean woman trying to alienate his children than that he was a calculated abuser.
Which - despite what all the MRA trolls would have us believe- happens in the majority of cases where a father claims ‘parental alienation’ to explain away abuse allegations. That’s despite the fact that it hasn’t even been proven to exist, and was popularised by none other than Woody Allen.

Reply
Upvote
1 upvotes
@cat  Tell that to the 5000+ members of an Australian Facebook support group that parental alienation doesn't exist. In this country it doesn't because our country is a legal backwater. The US and UK legal systems openly acknowledge it in their rulings. Parents DO turn their children against the other parent, usually a typical personality type i.e. parents with a personality disorder.
*This comment in no way defends the misogynist monster that was John Edwards and what he did to his poor children. He simply got pally with the police and it worked, a tactic of violent men for decades now.

Reply
Upvote
1 upvotes
@anonymous I think I’m going to go with what the psychologists say over Facebook groups.
I’m not surprised that the  US mention it in rulings, in the vast majority of cases where a father claims parental alienation the court sides with them. Unfortunately decades later they are now learning that this meant thousands of children were given to their abusive parent.
It is not admissible in UK courts and is strongly discouraged in Canadian courts.

Reply
Upvote
1 upvotes
@anonymous it's called an echo chamber. Facebook groups have a lot to answer for. I have yet to meet a legitimate victim who is doing anything other than protecting the children. These men (yes, they are mostly men) are consummate manipulators and liars.
I know of many cases where they are court ordered to deliver their precious children to a person they know is capable of incredible cruelty. The days they spend apart from their children are filled with terror.

Reply
Upvote
@kiwicat its genuinely terrifying. I always think of the case in the US where two little boys were killed on a supervised visit with their father that the grandparents had begged the court not to allow. He had already murdered their mother at that point.

Reply
Upvote
1 upvotes
I am so sick of hearing this idea that every time a woman reports that a partner/ex-partner is being abusive towards their children, that it is regarded as an attempt by the woman to discredit the man in an upcoming court case. At least do some background checks before coming to a conclusion. To believe this often means ignoring all existing facts. Why is it that the ex-husband is automatically believed but the woman is not trusted when clearly it is men killing women? Believe women.
News
General
Opinion
True Crime
Politics
Sport
Explainer
Entertainment
Celebrity
Reality TV
Movies
TV
Books
Rogue
Royal
Lifestyle
Beauty
Fashion
Weddings
Home
Wellness
Health
Fitness
Travel
Food
Parents
Before The Bump
Pregnancy
Baby
Kids
Teens
School
Parent Opinion
Work & Money
Money
Finance
Career
Lady Startup
Relationships
Sex
Dating
Separation
Friendship
Family
Real Life
Couples