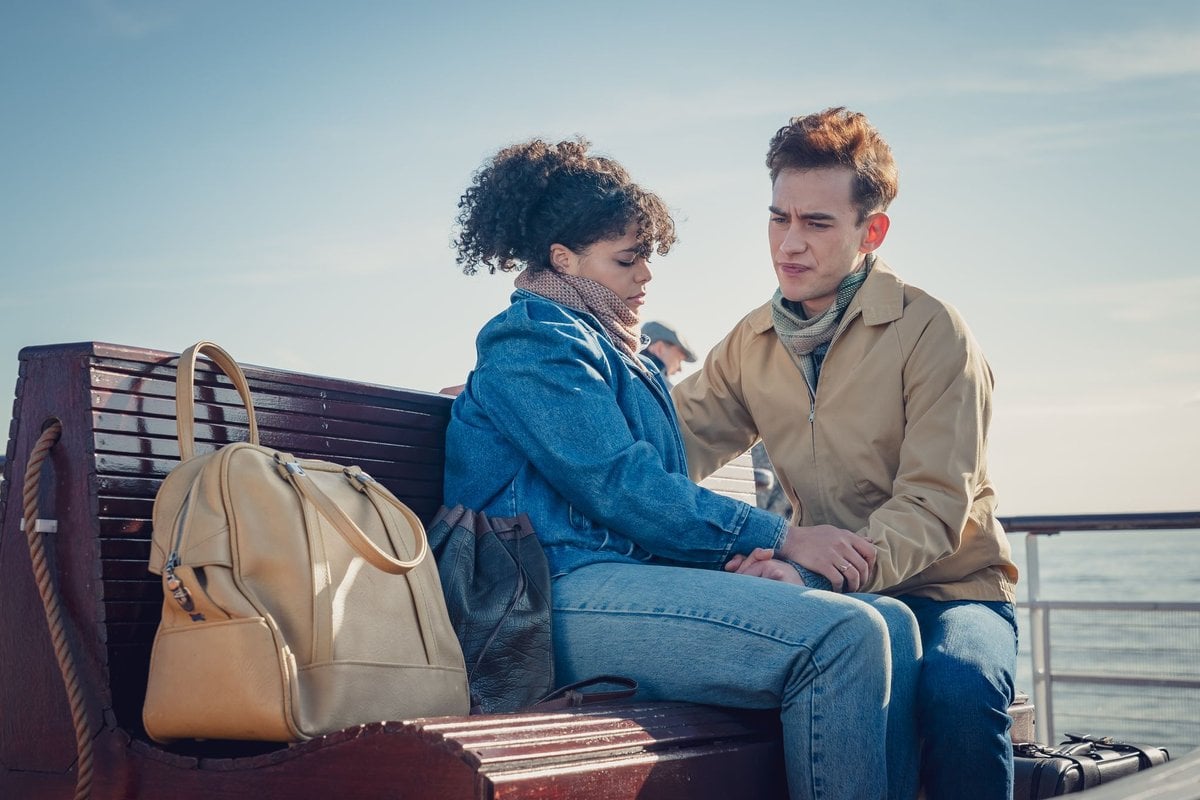 Once the characters from It’s A Sin enter your mind, they are destined to live there forever.

That’s both the power and the pull of this new Stan drama, created by critically acclaimed screenwriter and television producer Russell T Davies, whose previous works include Queer as Folk and Years and Years.

It’s A Sin is a five-part prestige Stan drama set against the gritty and glamorous world of London at the kickoff of the 1980s, focusing on the city’s vibrant gay scene and the friendships and chosen family that flourished within it.

Take a look at It's A Sin, streaming only on Stan. Post continues after video.

There’s Ritchie (Olly Alexander) who goes against his conservative parents' wishes and moves to London to study drama and become a star, all the while hiding his sexuality from them.

He soon sets up home with Roscoe (Omari Douglas), the son of Nigerian immigrants, who walks out on his family when they try to make him leave the country, and Colin (Callum Scott Howells), the quietest boy of the bunch who moves to the city from South Wales Valleys to be a trainee on Savile Row.

Rounding out the gang of housemates are fellow drama students Ash (Nathaniel Curtis) and Jill (Lydia West) who acts as a sort of den mother to the group of young gay men she lives with in a rambling old London house they nickname The Pink Palace.

The lives of the five friends are soon rocked by a mysterious new disease that begins to spread through their community, a disease that threatens the buoyant world of first jobs, first loves, and first explorations of sexuality they are living in.

It’s hard to believe that it’s been 40 years since the first deaths from HIV/AIDS were recorded, including the first linked fatality in Britain. In It’s A Sin, Russell T Davies expertly captures the confusion and tragedy that followed.

A moment in Britain's history that has never before been given this style of narrative retelling and reverence. 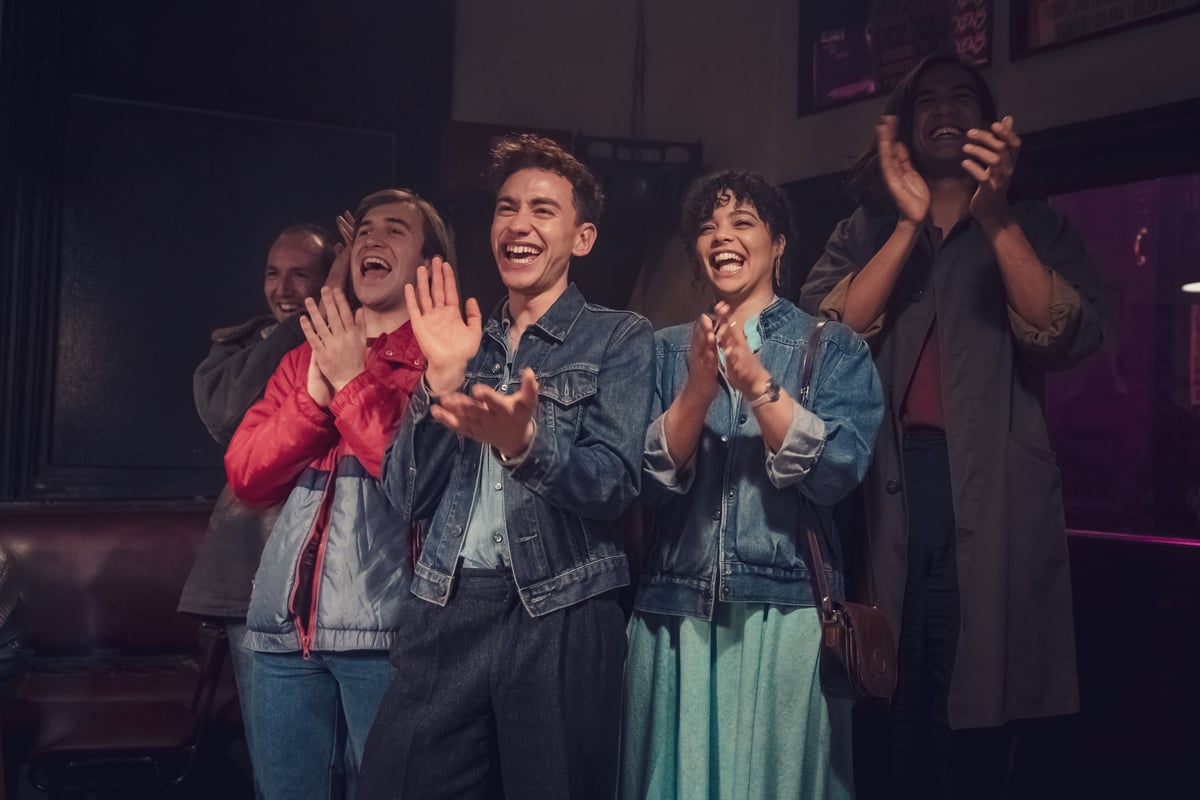 The brilliant dynamic between the characters of It's A Sin anchors the show. Image: Stan.

Creating the series from his own experiences as a young gay man living in London at that time, and basing some of the characters on his own friends, Davies’ story spans a decade in the lives of these young people.

It captures the exuberance they felt at a time when the gay community in London was flourishing, only to be hit by tragedy at the onset of the London AIDS epidemic — a mystery illness that initially does not seem like it can be real, a disease doctors say only affects gay men, a “gay cancer” as some of the characters initially scoff in the opening episodes before the full force of the epidemic takes hold.

Through the eyes of these five young friends, viewers are shown a side of history that is not talked about nearly enough, a crisis that the past few decades have somewhat swept away, even though it still deserves to be at the forefront of our minds.

Through its story and characters, It’s A Sin shows the shame and public ridicule that was associated with HIV/AIDS at the time. A time when thousands of people were left to die alone and ashamed, with misinformation running rife and governments and health systems failing to provide adequate education and care.

Despite the heartbreaking scenes peppered throughout It’s A Sin, the show still manages to burst with humour and love.

The brilliant dynamic between Ritchie, Roscoe, Colin, Jill and Ash anchors the show and as a viewer, you are easily enveloped into their tight-knit and chaotic world.

Alongside the break-out younger cast members, It’s A Sin also features performances by Neil Patrick Harris who stars as Colin’s kind employer who makes him feel comfortable about his sexuality, and Stephen Fry as an MP who is keeping his sexuality hidden.

Stephen Fry even went on to say that he read the script to It's A Sin “through a wall of tears” as it brought back memories of the friends he lost to the virus in the 1980s while he was living in London.

Stan’s new drama It’s A Sin cannot be underestimated for just this reason. 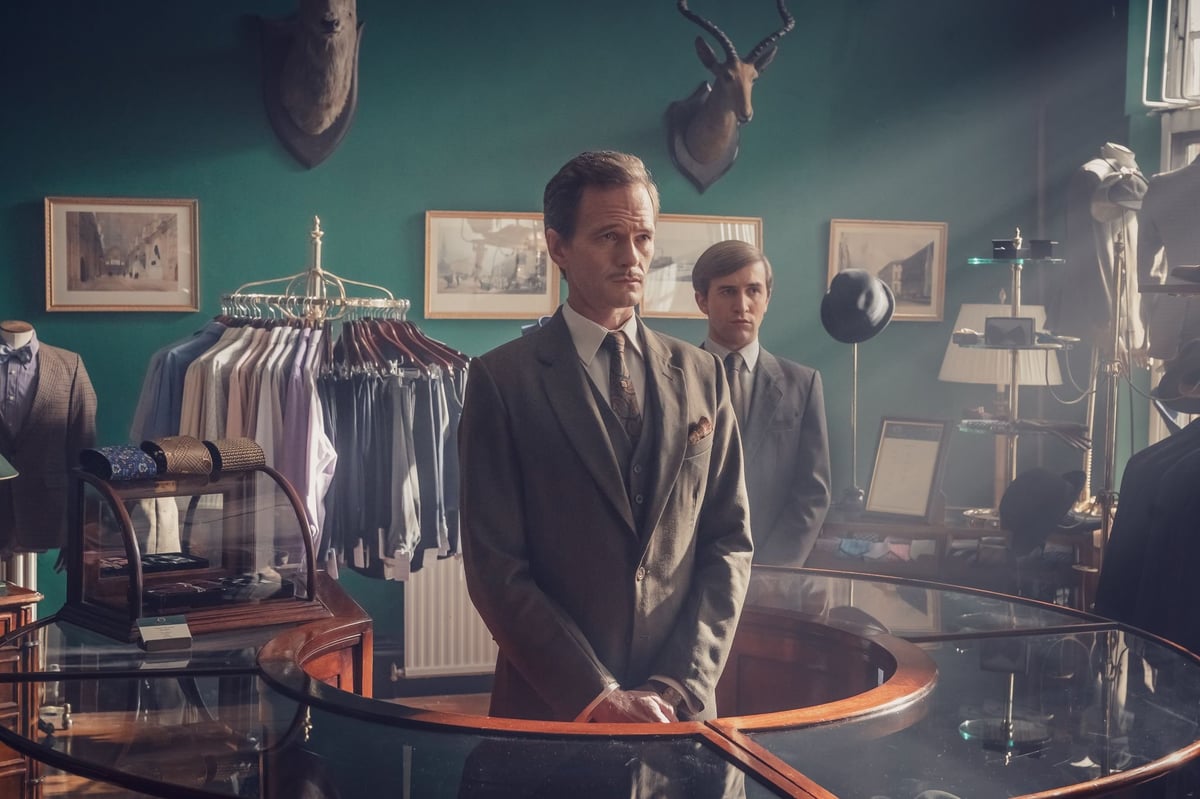 The series highlights how the gay community was rejected and shunned, forced to ultimately suffer in silence with a new disease that no one understood.

As a result, thousands of stories went untold and names were forgotten.

It’s A Sin is a brilliant fictionalised account of all those people and all those names, the ones the world turned away from but who still deserve to have their stories remembered.

It's more than just a brilliant drama series; it's a reminder of our history and the work that still needs to be done.

It's A Sin will premiere Saturday, January 23, only on Stan

Want $50? Take our 5-minute survey for your chance to win.