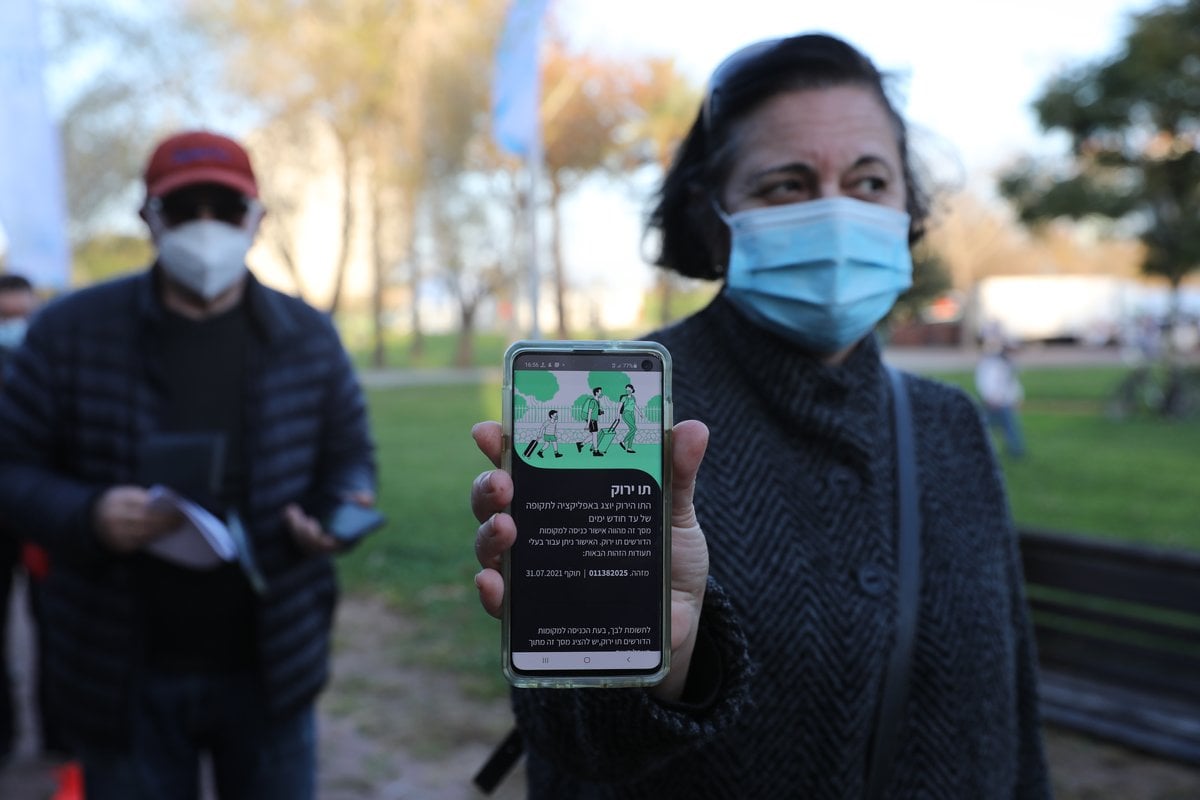 As governments around the world, including Australia, navigate their COVID-19 vaccination programmes, health authorities are watching one with particular interest:

The country, which was among the first to begin administering the Pfizer and Astra Zeneca jabs, has managed the fastest vaccine rollout in the world.

Since its programme began on December 19, 2020, at least half of the population has received at least one dose, while 35 per cent have received the full two-dose course.

Israel's case numbers are falling, and as a result, restrictions are easing, offering the rest of us an early glimpse at a post-vaccine world.

A key feature of this 'new normal' in Israel is called a 'Green Pass'. And although other governments are already toying with the idea, it's proving to be rather controversial.

What is the Green Pass? And how does it work?

The Green Pass is a permit issued by the Israeli government's Department of Health that will give holders access to certain venues, including gyms and leisure facilities, and cultural events.

The pass is being issued digitally to people who have had both doses of the Pfizer or Astra Zeneca COVID-19 vaccine, or have recovered from a COVID-19 infection (and will therefore have stronger immunity to the virus).

On Wednesday, for example, dozens of people with Green Passes were able to attend an outdoor concert in Tel Aviv — a novelty after months of public health restrictions. 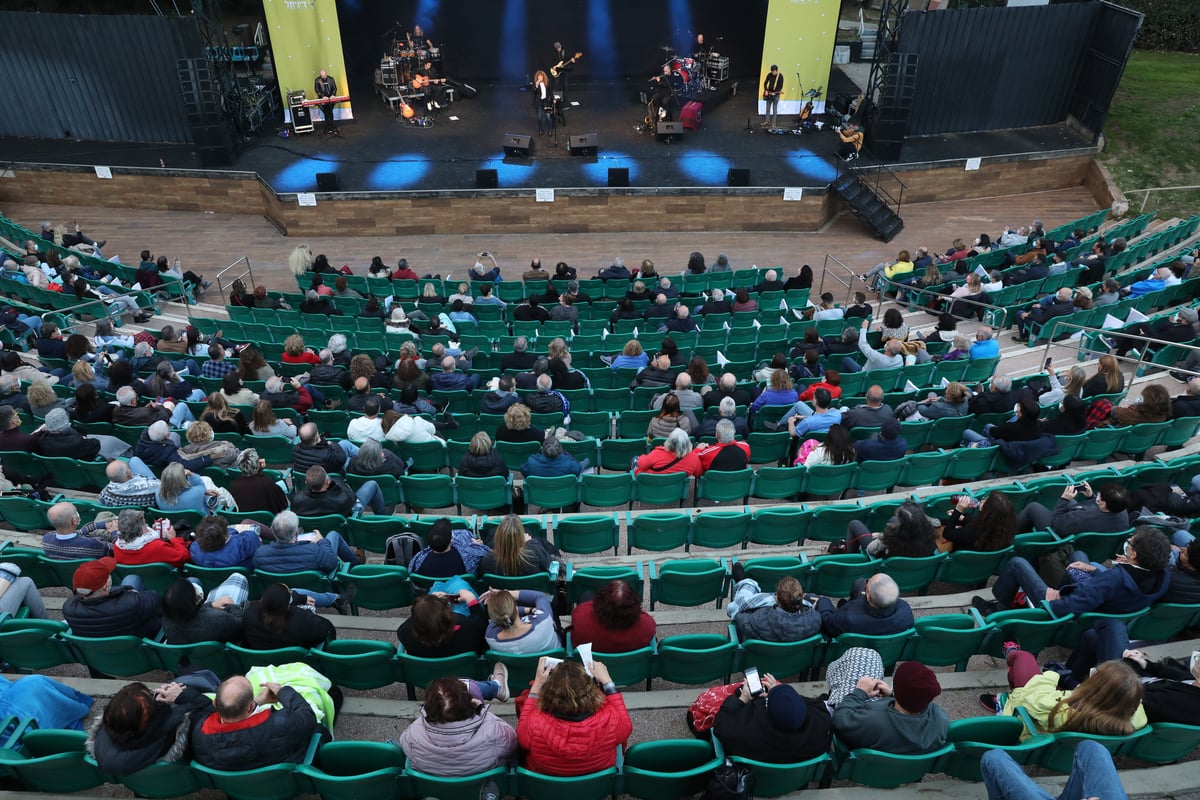 Not all are happy about the programme, though. On the same evening, dozen of protestors gathered in the capital calling for the government to cancel the Green Pass.

According to The Jerusalem Post, the group argued the system was discriminatory and created two tiers within Israeli society: a privileged "vaccinated class" and a lower class made up of those who can't get the vaccine or choose not to.

Are other countries considering a 'Green Pass' programme?

Versions of it, yes.

Great Britain is among them.

With more than 19 million Britons having received their first vaccination, Boris Johnson's government is in the process of reviewing a 'certificate' programme that would allow fully immunised citizens to access certain hospitality venues and leisure activities.

However, speaking to the press this week, the Prime Minister expressed his reservations.

"There are deep and complex issues that we need to explore, ethical issues about what the role is for government in mandating all people to have such a thing," he said.

“We can’t be discriminatory against people who, for whatever reason, can’t have the vaccine. There might be medical reasons why people can’t have a vaccine... some people may genuinely refuse to have one.”

Australians will be able to access a digital record of their COVID-19 vaccination on their smartphones, via their MyGov account or Medicare app.

However, with no active community cases and restrictions largely eased across the country, there are currently no formal plans for the certificates to be used for access to venues and events. Should future outbreaks occur, that decision will be up to state and territory governments.

However, Prime Minister Scott Morrison has at least contemplated the idea of a "vaccine passport" system to kick-start international travel.

Speaking to the media on February 19, the Prime Minister said such a programme would be dependent on the cooperation of multiple jurisdictions, particularly airlines, which would be the "gatekeepers".

How would a "vaccine passport" work?

A COVID-19 "vaccine passport" is an official certification that a traveller has been fully immunised against the virus. People with this document would be permitted to travel between participating countries without the usual restrictions, such as quarantine periods.

Some airlines have already adopted the concept as means of encouraging travel.

Listen: The Quicky investigates why celebrities and wealthy individuals are granted exemptions to quarantine in their own luxury homes and come and go as they please while the rest of us can't. (Post continues below.)

Qantas, for example, is preparing to begin a voluntary trial of a digital vaccine certificate programme: "It will be in an app on your phone, that you can present along with your travel documentation that shows proof of vaccination and also, if you had required to have a COVID test before travel, the results of that test," Qantas Chief Financial Officer Vanessa Hudson told media.

Some countries are also making plans around the idea.

Israel and Greece have forged an agreement to create a 'travel corridor' based on vaccine certificates. And other countries, including Sweden, Denmark, Austria, Hungary, Spain and Iceland, are eyeing off similar plans.

Of course, the system would require the participation of multiple governments, which is why Greece and Austria this week urged fellow European Union countries to adopt a blanket 'vaccine passport' programme that would allow inoculated people to travel freely within the bloc.

While the leaders committed to considering the idea further, no agreement has been reached. For one, several states, including France, have opposed the idea until further information is available about the effectiveness of the COVID-19 vaccines.

The World Health Organisation has a similar stance on the issue.

Earlier this month, it issued an interim position paper in which it opposed the idea of 'vaccine passports' as a condition of travel.

"There are still critical unknowns regarding the efficacy of vaccination in reducing transmission," it concluded.

"In addition, considering that there is limited availability of vaccines, preferential vaccination of travellers could result in inadequate supplies of vaccines for priority populations considered at high risk of severe COVID-19 disease."

Reply
Upvote
3 upvotes
Yeah, I have no problem with this. People who refuse to get it should have consequences for their actions, as they are not putting the needs of the community they live in first.
Agree with others below, though. If you have an actual medical reason for being unable to get the vaccine, you should also get a pass.

Reply
Upvote
3 upvotes
I have no issue with a pass, but they need to either quick smart do the research on vaccinations for children and pregnant women or have some sort of exemptions in place for those for whom vaccinations are currently unavailable or not recommended.