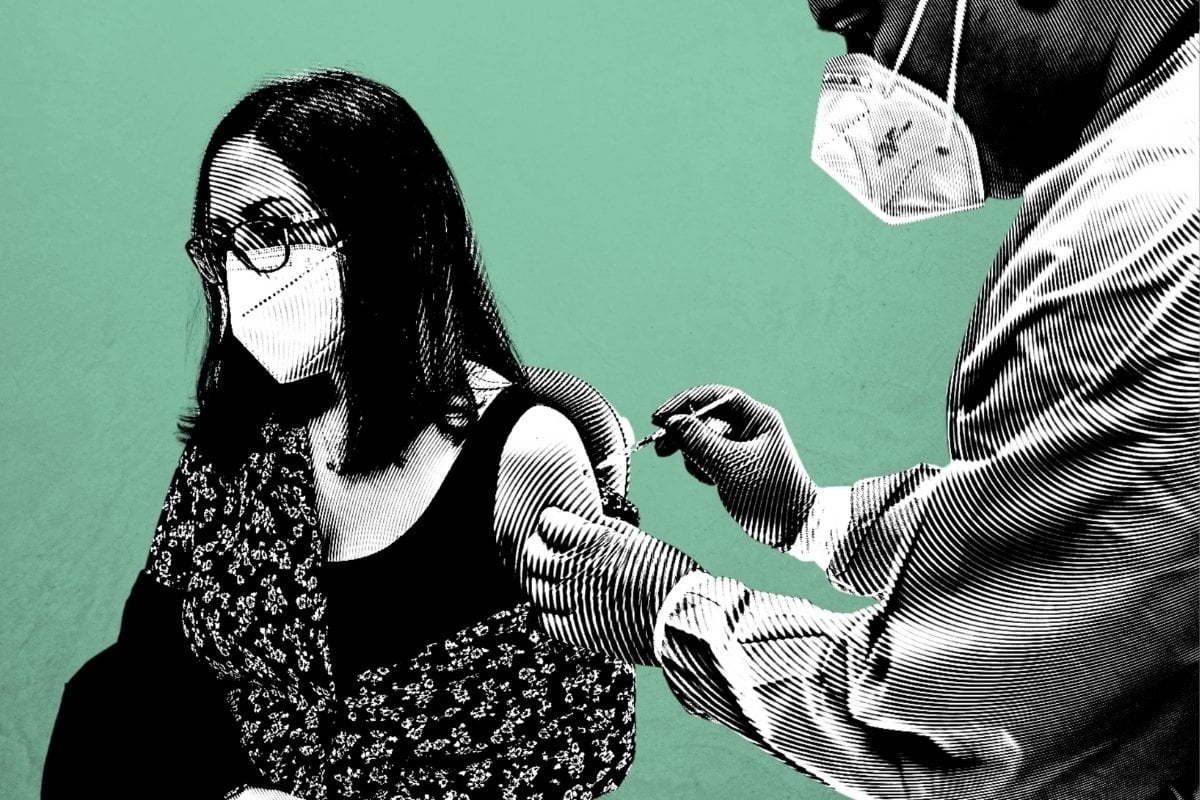 Australia is preparing to embark on one of the largest logistical exercises in the country's history: the rollout of the COVID-19 vaccine program.

The Government has its sights set on all eligible people being offered the vaccine by the end of October 2021, through a rollout via more than 1000 distribution sites including hospital hubs, GPs, state-run clinics and, in the broad stages, some approved pharmacies.

The plan will include asylum seekers, people in immigration detention and on bridging visas, and a portion of doses will be set aside for some of our Pacific neighbours.

Which vaccines will we get?

The Australian program will begin with the Pfizer/BioNTech-developed vaccine, of which Australia has secured 20 million doses.

That vaccine requires two jabs at least 21 days apart, and it has 94.5 per cent efficacy rate (by comparison, the flu jab was between 40-60 per cent effective in 2019).

It is the first vaccine to have been approved for use in Australia by the Therapeutic Goods Administration — the regulatory body that signs off on the safety and effectiveness of medicines.

"Unlike other jurisdictions, this was a formal approval, not an emergency one," Prime Minister Scott Morrison told the media last week. "We are one of only a handful of countries to have gone through such a comprehensive and thorough level of oversight to ensure the vaccines are safe."

Listen: Mamamia's daily news podcast, The Quicky, chats to experts about what you need to know before you get the COVID-19 jab.

The next in line for TGA approval is the Oxford University/AstraZeneca vaccine. We'll have 53.8 million doses available, 50 million of which will be manufactured in Melbourne. This jab requires two doses at least 28 days apart and has an average efficacy rate of about 70 per cent.

Australia has also secured 51 million doses of a promising third vaccine called Novavax, pending the outcome of ongoing clinical trials. Preliminary results suggest it could be 89 per cent effective.

Recipients will not be given a choice as to which brand of jab they are given. But Prime Minister Morrison reiterated that there will be plenty to go around.

"We'll be vaccinating more than 25 million people, having secured 140 million doses — enough to cover the Australian population several times over," he said.

Still, the Government has been clear: these vaccines are not a silver bullet. They are designed to complement existing measures — which will remain in place long after the vaccine rollout — including quarantining incoming travellers, contact tracing and social distancing/hygiene.

So when will I get my vaccine?

To achieve its October deadline, the Government has plotted out a schedule that prioritises those most at risk.

The Department of Health states that it has identified priority groups "by taking into account current public health, medical and epidemiological evidence on who would be most affected if they contracted COVID-19". It has also flagged that the groups may change if new data becomes available.

As it stands, the first vaccines will be distributed from the end of February and are reserved for:

There are no specific dates yet available for the remaining groups, but they will occur in phases over the following eight months in this particular order...

Group 1b: including seniors, healthcare workers, Australians with a disability.

Group 2a: including Australians in their 50s and 60s, Indigenous Australians

Group 2b: the rest of the adult population

But only if recommended.

Which vaccine will I get?

As it stands, frontline healthcare workers, quarantine and border staff, residents and staff in residential aged-care and disability facilities, and any children under 16 who are recommended to have the vaccine, are scheduled to receive the Pfizer version.

Meanwhile, the bulk of the population will likely receive the AstraZeneca one.

You may have seen headlines in recent days about South Africa abandoning its rollout of that particular jab as it struggles to wrangle its outbreak.

This decision was based on a small-scale study that suggested its efficacy against mild-to-moderate infections from the South African variant of the virus could be as low as 10 per cent.

However, Australian authorities have insisted there is no cause for major concern.

Not only does the study involve a small sample size (2000 people aged 31) and relate to a particular variant of the virus, it has not been published or peer-reviewed.

COVID-19 vaccines are rigorously assessed by the @TGAgovau before they can be used in Australia. Visit https://t.co/g4IbPPSzQn to learn more about the rollout of the #COVID19 vaccines. pic.twitter.com/J3GY6gyueZ

As viral immunologist Associate Professor Nathan Bartlett explained via The Conversation, "For Australia, it's too early to bin the AstraZeneca vaccine as part of our rollout, especially as the South African variant is not yet prevalent here. If we did that every time we got new data, we would never get any vaccines out.

"I think, at this point, it is still better to have the AstraZeneca vaccine in Australia than to not have it."

Professor Trevor Drew, Director of the CSIRO’s Australian Centre for Disease Preparedness, was among the team that did pre-clinical trials testing of the AstraZeneca vaccine on animals in the early stage of the virus' outbreak (back before it was declared a pandemic).

Speaking to Mamamia's daily news podcast The Quicky this week, he said, "We can be pretty sure now, with several million people vaccinated all over the world, that this vaccine is safe and has a strong level of protection. So it's effective.

"I think what is less clear at the moment is just what will be the effect of this vaccine in terms of how the virus might evolve going forward. But that's for the future. And many of the technologies that we now use in vaccines will allow us to rapidly adapt a vaccine to a variant strain should it be necessary.

"I'm certainly not worried. I would be very happy to receive the vaccine, as I know my colleagues are."