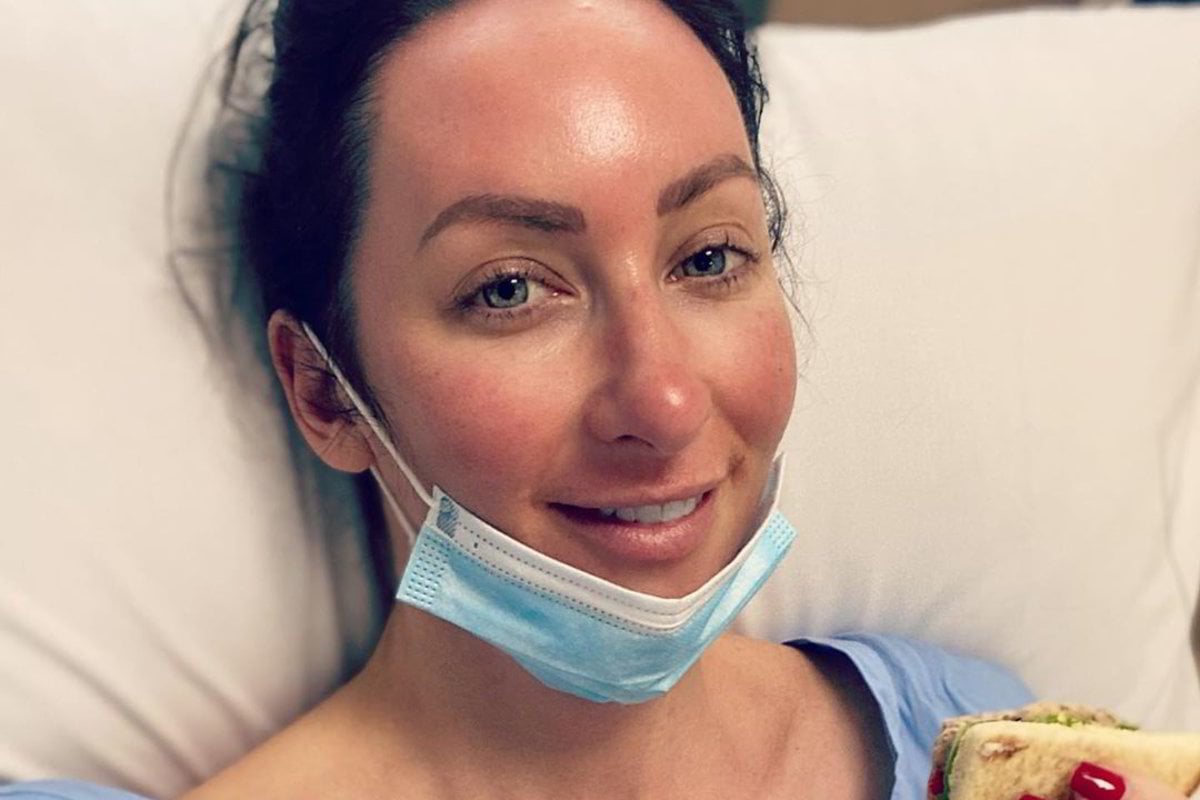 In 2018 I fulfilled my long-held dream to travel to New York with Ness and Sha, two of my closest girlfriends at the time.

That trip proved to be an important turning point in my life. Besides spontaneous sidewalk pizza and wine stops, lunching in Central Park and bar-hopping around Manhattan, I spent a lot of time in the hotel with what I thought was gastro. One day I’d feel fine, and the next, I would have severe diarrhea and be so bloated I looked like I was in early pregnancy.

You know that feeling when you don’t want to wreck a big event or holiday by being the sick and miserable one, so you just try to push through? I hadn’t come all the way around the world to be stuck on a toilet while my friends headed out to the city that never sleeps! Ugh.

But returning home, I still felt off. I know my body and amidst all the business of life back home, I could hear it trying to tell me something. The blood in the toilet bowl (not a period) was the final straw, and it was then I realised things were NOT right. I booked in to see my GP who could have easily put my symptoms down to hemorrhoids, a bacterial infection or IBS; but instead she made the life-saving decision to refer me to a gastroenterologist for a colonoscopy.

A colonoscopy? At thirty-three?! Isn’t it just the over 50s who get sent that test in the mail? Nope.

As a single mum, in the middle of filming Gogglebox, putting days aside in my schedule to fast, drink the ghastly laxative powders and have someone look after me and my young son post-procedure was really inconvenient.

But what was more inconvenient was the news that came out of the doctor’s mouth when I woke up from my slumber.

She had found two large polyps in my intestine which she had cut out, but said I needed to come back the next day for the test results. I looked at my diary and said I had my eyebrows booked in for a touch up. Could we do another day? The doctor didn’t look impressed and said, ‘This is serious, Isabelle.'

‘What are you testing for?’ I asked.

I went on to film that night, and even though physically I felt fine, the anxiety bubbled away underneath.

I never thought the C word would come at me this early in life. But what I’ve learned is that if you allow your thoughts to wander away from what’s really going on, the anxiety perpetuates. I didn’t have cancer so there was no need to give any air time to that in my brain. Was there? Instead, I laughed and cried at the TV with my mum and grandma and went to get the results the next day.

As I was sitting in the waiting room, I decided to do a little research. I must admit that my first search was, ‘Can you have sex with a colostomy bag?’ Turns out you can! Phew, and just as I had a little chuckle to myself I was overwhelmed with a sense of calm.

There was no point in wondering about the worst just yet. One thing that I have developed over time is a self-assurance that I can cope, no matter what I’m faced with. I don’t know if that comes from being a single mother or if it developed through the many curveballs life has thrown and coming out the other side stronger than ever. But I try not to worry about the things I can’t control because, ultimately, that level of anxiety and cortisol in the body is what will harm me in the long run. What will be will be and I will deal with it.

Anyone who’s been to a doctor's appointment of this nature understands, it can be like having an out-of-body experience: everything starts to go into slow motion. ‘The polyps,’ she explained, ‘were high-grade cancer, but the good news is, it hasn’t reached the lining of your bowel. You’re very lucky; if it had been another month or so, you may be in a very different situation.'

Listen to Mamamia Out Loud, Mamamia’s podcast on what women are talking about this week. Post continues below.

According to the Cancer Council, Australia has one of the highest rates of bowel cancer in the world, with around one in 13 Australians developing this cancer during their lifetime.

It’s a common misconception that bowel cancer is an 'old person's disease.' it’s more common in people aged over 50, yet more than 1,500 young Australians ﻿ ﻿are diagnosed each year.

I had no idea about these stats and the word 'lucky'  from my doctor kept repeating in my head. What if I had ignored my symptoms? What if my GP hadn’t referred me on?

Bowel cancer can have no symptoms, so I was lucky I had a chance to act on mine. It just goes to show that by not ignoring my body, I saved my own life.

Now I have the inconvenience of fasting, drinking the powder and errmm… sitting on the porcelain bus for a few hours every six months to stay on top of things.

I’ve had several more polyps cut out since then, but they’ve never had a chance to grow into something more sinister. Thank god. Inconvenience versus the alternative... I know what I’d prefer.

Visit this link for more information about bowel cancer in Aussies under 50. If you're under 50 and want to participate in bowel screening, click here.﻿﻿

Reply
Upvote
Great article, and best of luck Isabelle. Due to family history (all the great ailments run in my genes 🙄), I’ve gone for a colonoscopy every 5 years since I was 35. Appreciate the reminder as I’m due again next year!
I’d rather deal with the gag-worthy prep and they find little to nothing than deal with a cancer diagnosis.... or worse. Not forgetting it’s the best sleep ever!
R
rush 2 years ago

Reply
Upvote
My husband was in a similar situation last year with some minor symptoms, so he went to the doctor, who said "well, you're probably too young (42) for it to be bowel cancer" - hey, guess what he had?! He was also lucky that it was caught early and responded well to treatment, but his was a particularly aggressive type that could have gone the other way very easily. Younger people need to understand that we are all vulnerable to illnesses, if you have symptoms, go to the doctor!
C
cat 2 years ago

Reply
Upvote
1 upvotes
@rush I think the issue is government health advertising, which focuses on the age groups where it will have the most impact- a good idea economically, but it does imply that anyone who is under 50/the age for regular testing is essentially immune.
G
guest2 2 years ago

Reply
Upvote
1 upvotes
@rush what is with some GP's believe cancer is an older person's disease? No wonder Dr Google is so popular, it is probably just as efficient.   Hope your husband is doing well with his recovery.
M
mamamia-user-482898552 2 years ago

Reply
Upvote
@guest2 Statistically speaking, cancer is an older person's disease. It's not unreasonable to give some reassurance to an anxious younger patient who comes in for a check that in all probability, it isn't cancer. For all the younger patients your average GP sees with undifferentiated symptoms, the majority won't have cancer. So yes, as a doctor, you definitely must rule it out if you suspect it (and you must always keep the "worst case scenario" in the back of your mind), but conversely, you don't assume and act as though it's most likely to be something relatively rare for that age group.
And please, don't use Dr Google. Go see someone who's actually trained and knows what they're talking about.
R
rush 2 years ago