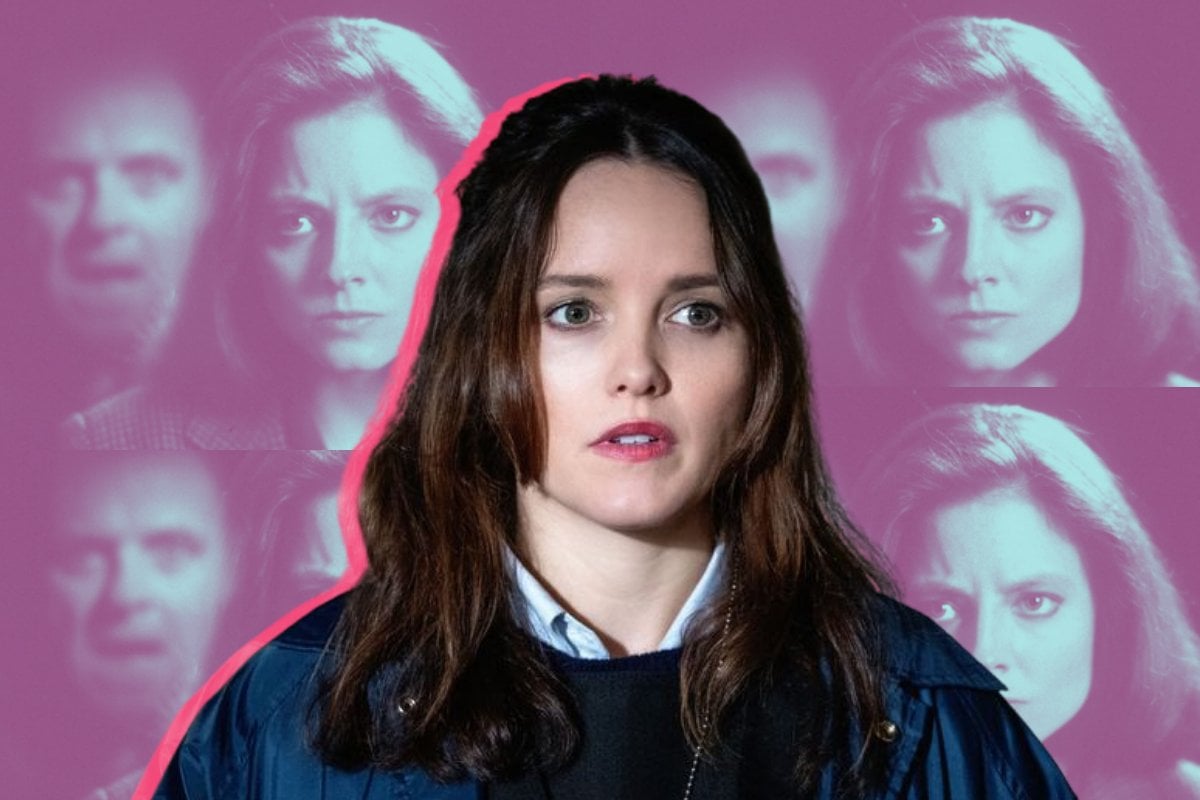 In 1991, audiences were left both shocked and enthralled by The Silence of the Lambs.

It scooped up Best Picture, Best Director, Best Actor, Best Actress, and Best Screenplay at the Oscars in 1992.

The film follows the story of Clarice Starling (played by Jodie Foster), an FBI agent who is assigned to work with a psychopathic serial killer and former psychiatrist named Hannibal Lecter (Anthony Hopkins), so she can track down and capture the serial killer dubbed Buffalo Bill.

Despite the satisfying end to the iconic film, fans often wondered what happened to Clarice after The Silence of the Lambs.

Watch the trailer for Stan's Clarice. Post continues below.

The new Stan series is set in 1993 and was created by Star Trek: Discovery executive producers Alex Kurtzman and Jenny Lumet.

The story picks up one year after the events of The Silence of the Lambs and focuses on a new chapter in Clarice's life that quickly turns dark. Australia's Rebecca Breeds plays the iconic role of Clarice in the series.

While the new series has a whole new generation on the edge of their seats, it's had many asking: are The Silence of the Lambs and Clarice based on a true story?

The short answer? Yes and no.

The Silence of the Lambs is not based on a specific true story. It's actually based on the book of the same name written by Thomas Harris and Harris drew a lot of inspiration for the book from real-life events and real people.

Who is Hannibal Lecter based on?

Harris based the character of Hannibal Lecter on a convicted murderer he met in a prison in Mexico.

Who is Clarice Starling based on?

FBI agent Clarice Starling is based on a real life FBI agent named Patricia Kirby, who Harris met while conducting research for his novel.

Harris got the idea of an FBI agent using a serial killer to catch another from the Green River Killer case.

While working on the Green River Killer case in the 1980s, criminal profilers Robert Keppel and Dave Reichert spoke to death row inmate Ted Bundy, to try to understand the psychology of the killer and why he was killing people.

With Bundy's help, Gary Ridgway aka the Green River Killer was eventually caught in 2001. He later confessed to murdering 71 people. 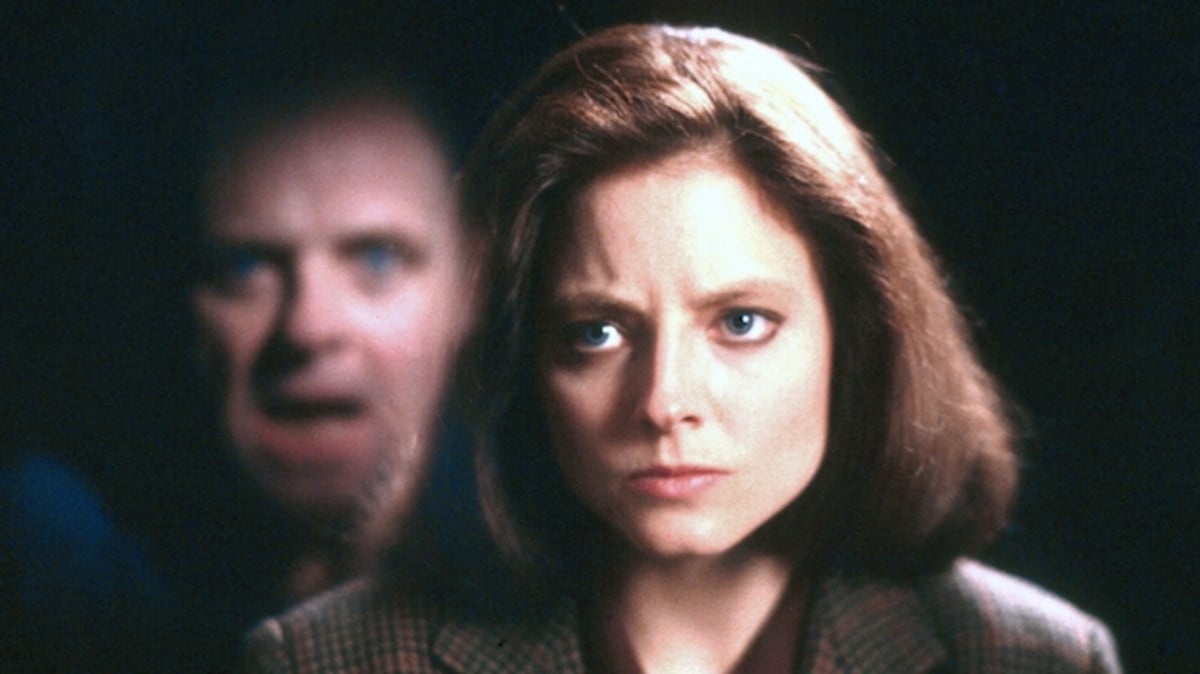 Jodie Foster and Anthony Hopkins in The Silence of the Lambs. Image: Orion Pictures.

Who is Jack Crawford based on?

The character of Jack Crawford is based on FBI agent John Douglas, one of the first criminal-profilers in the United States. Douglas' book was the source material for Netflix's groundbreaking series, Mindhunter, and one of the main characters is based on him.

Who is Buffalo Bill based on?

In The Silence of the Lambs, Buffalo Bill's original goal was to transition into a woman. Maligned by society and dealing with a range of mental health issues, Buffalo Bill begins killing women so he can wear their skin.

There are many problems with this film looking back 30 years later. Its portrayal of transgender people is problematic at best, and the character of Buffalo Bill is an absolute minefield of hurtful stereotypes.

However, the character came about at the end of America's serial killer period, when there was intense law enforcement and public interest in this relatively new type of killer. And Buffalo Bill's crimes are actually an amalgamation of several real-life killers.

In the original movie, Starling finds out that Buffalo Bill skins his victims because he is making a suit out of their skin so he can wear it. Real life serial killer Ed Gein used to wear the skin of his victims and admire himself in the mirror, as if he was trying on a dress. Gein is believed to have killed nine people, and he also inspired the character of Norman Bates in Psycho.

In the movie, Buffalo Bill pretends to be vulnerable and helpless to lure his victims in. He pretends to have an injured hand when he approaches Catherine and asks her to help him load a couch into his van. He then abducts her. 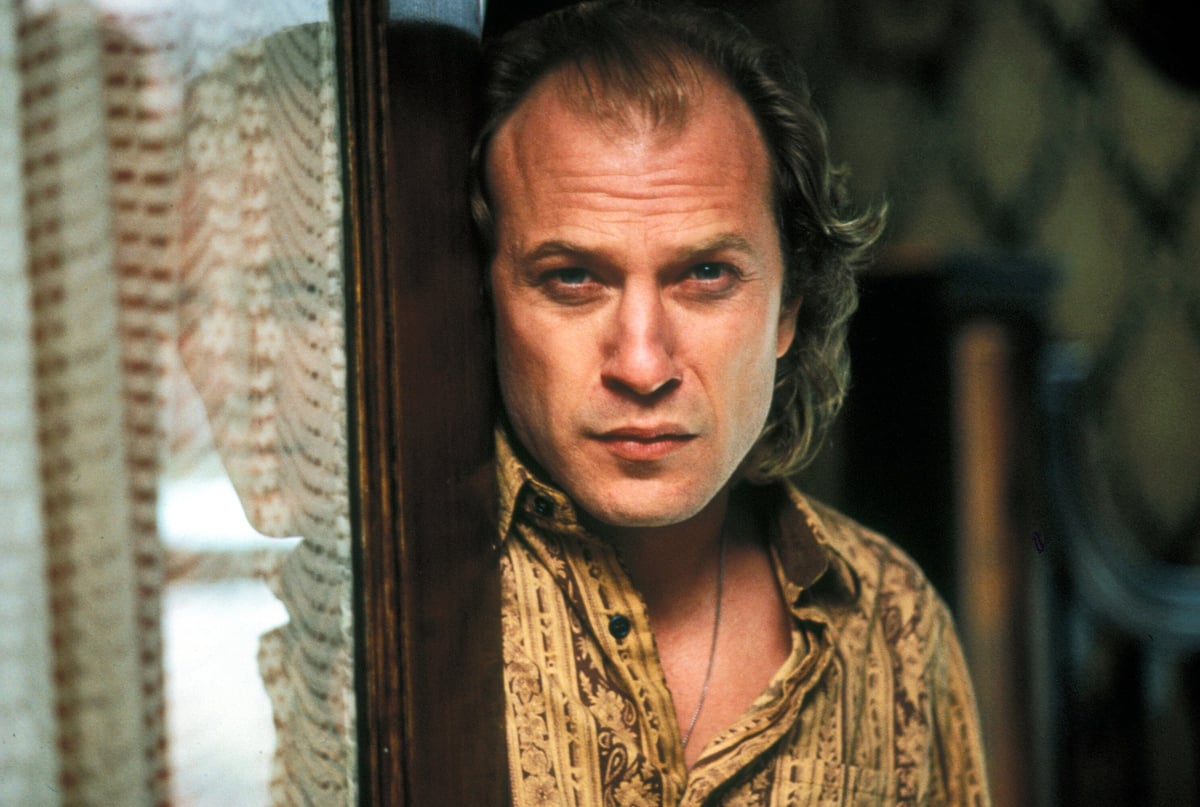 The character of Buffalo Bill in The Silence of the Lambs. Image: Orion Pictures.

Once Buffalo Bill has abducted his victims, he keeps them in a pit in his basement. This part of his story was inspired by real life serial killer Gary Michael Heidnik.

Heidnik, also known as Bishop Heidnik, was the head of the United Church of the Ministers of God in Philadelphia.

The 50 members of his congregation would meet at his house every Sunday and they apparently had no idea he had six women chained up in a pit in the basement just below their feet.

Heidnik abducted his first victim, Josefina Rivera, in 1986 and held her captive in a pit in his basement. He then abducted a further five women, who were thrown into the pit, chained up, tortured and repeatedly sexually assaulted over a period of several months.

Heidnik made Rivera the "boss" of the other women and she was rewarded with hot chocolates, hot dogs, and the chance to sleep outside of the pit. He also took her out of the house and used her to abduct more women.

Rivera eventually convinced Heidnik to give her a few minutes of freedom during one of these trips, so she could see her family. When she was out of Heidnik's sight, Rivera ran to the 7-11 around the corner and alerted the authorities.

Clarice is streaming only on Stan now, with new episodes dropping weekly.