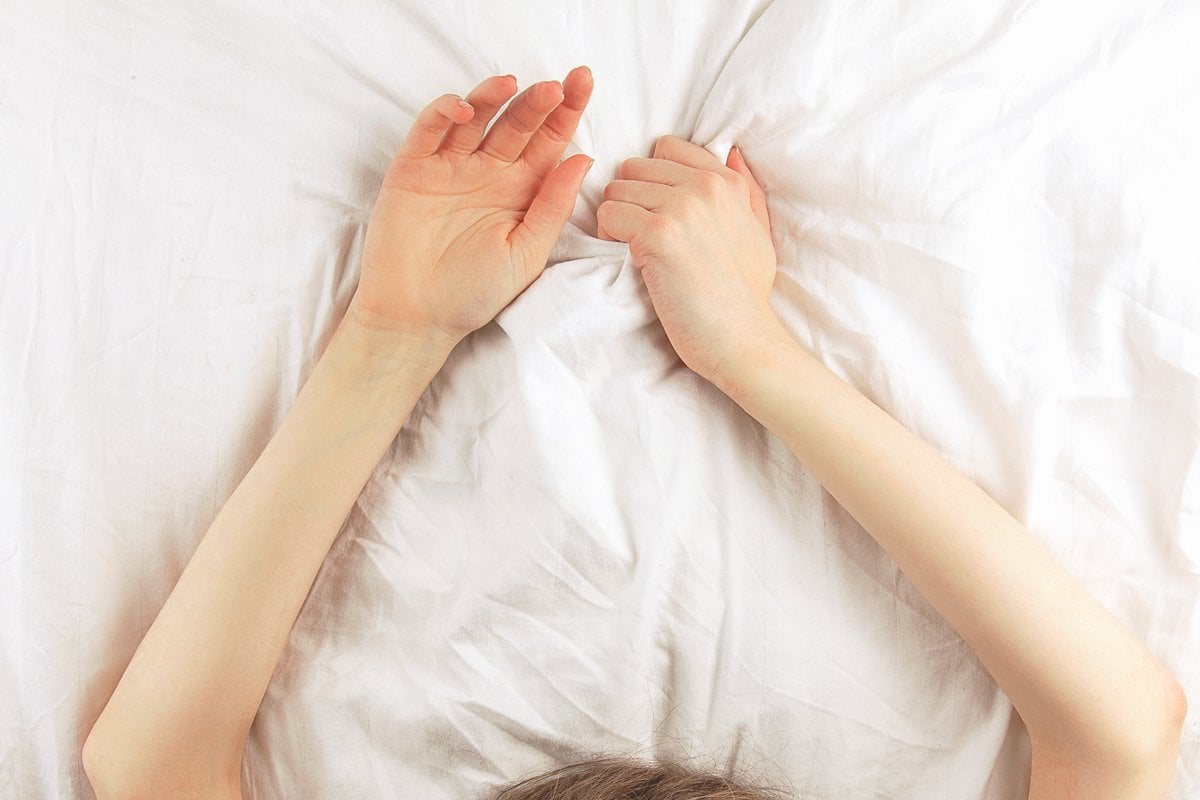 I’m sure there are some people who would find face-swapping during sex to be a complete betrayal.

It’s not technically cheating, but there is a hugely deceitful component to it that would surely disturb any partner on the receiving end, if for some horrible reason they were to find out it was happening.

I’ve face swapped during sex a handful of times in my life.

Every single time I’ve done it, it meant the relationship was basically over and I didn’t accept it yet. I’d swap my partner for someone I was fantasising about that week — whether it was a person I’d seen on the last episode of a Netflix show I’d watched, a guy from my local cafe, or an ex — I could usually finish without much of an issue.

I felt horrible after, but I was too afraid to admit that there was something seriously wrong with the relationship.

Watch: The things our partner doesn't know... Post continues below.

Recently, I asked five women around my age if they’ve ever face swapped during sex.

Some of the answers surprised me:

This is kind of sad, but when I was in my frisky uni years and had just broken up with my high school sweetheart, I found swapping random hookups' faces with his to be the only way I was turned on for a year or two.

Then, I did the same when I was with another long-term boyfriend. At first, it wasn’t necessary, and I’d only swap my ex's face for his when I wasn’t in the mood or wasn’t attracted to him.

The relationship was kind of abusive the longer I stayed, which led to face swapping almost every time we ever had sex. At that point it was to keep my sanity and to not look visibly distressed during sex.

I have never face swapped during sex. I don’t think it’s indicative of a healthy sexual situation to have to imagine someone else while with your current partner.

Me, personally, I only initiate or reciprocate when I’m interested in the person.

I used to face swap my ex with the dad of one of the kids I babysat in university. It’s so messed up on so many levels.

That to me was a huge red flag that there was something wrong with my relationship in the sex department, but I felt too afraid to confront that because the rest of the relationship was so happy.

I felt really conflicted about it for a long time, but ultimately I knew that what I was doing wasn’t fair to my ex.

Obviously I never told him about the face swapping, but the relationship ended pretty shortly after that started.”

I don’t think I’ve ever done it when I was happy with someone.

Maybe once or twice just out of the blue, but I didn’t really take it all that seriously. I don’t know, it’s so easy to say that but if I found out my partner was doing it with me I’d be so upset.

It’s a selfish thing to do, really. If I do it, it’s definitely not often.

Yes, I’ve definitely done it. I feel like everyone does it sometimes.

I can only imagine how often someone might do it when they’re married for a long time. I don’t really think it’s all that natural to just be with one person forever, and even though it’s a harsh reality, you and your partner will be attracted to other people over the course of your relationship.

It’s totally natural, and I’ve usually found that fighting it is worse than embracing it.

The general consensus seems to be that face swapping during sex does happen, but it usually means big trouble for the relationship.

Fantasising every once in a while seems normal, healthy even.

It’s only when you begin to mentally replace your partner with someone else during sex that you should become concerned with the health of your relationship.

Some women might be too afraid to confront the fact that they’re not sexually satisfied with their partners.

Others might have unresolved emotional conflicts about past relationships. Regardless of the reason, face swapping always warrants a check-in about your relationship’s health.

Even though your partner probably won’t find out you’re doing it, it still isn’t fair to them. Everyone deserves to be and feel desired, and you shouldn’t keep anyone from that. Especially not yourself.