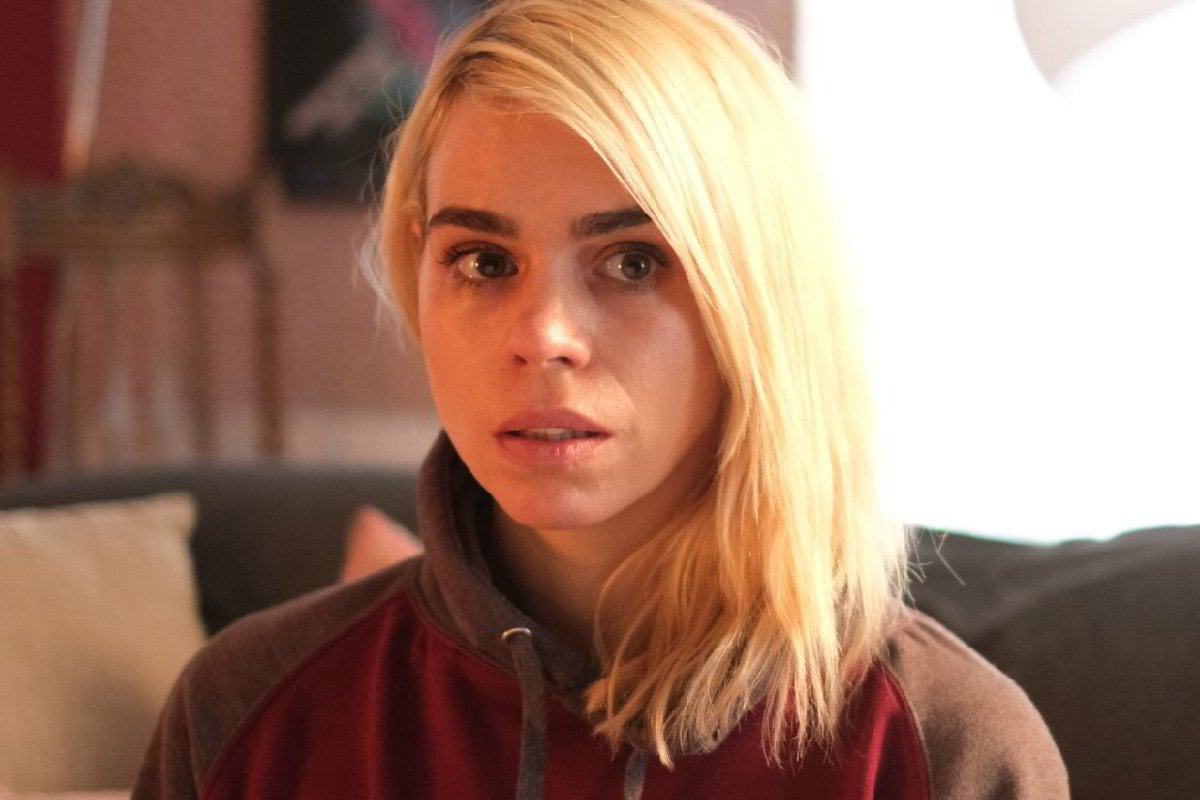 There's a scene in episode seven of I Hate Suzie where Suzie Pickles slams her phone into a car window, grabs hold of the door handle and screams "open the f**king door" at the male driver.

By the time the episode reached that climax, my jaw was firmly clenched, my chest was filled with an intense anger and I wanted Suzie Pickles to smash this random man's windscreen in with a golf club.

That's the sheer brilliance of the new British comedy-drama, starring Billie Piper, which premiered exclusively on Stan on Friday.

Watch the trailer for I Hate Suzie, which premiered exclusively on Stan on Friday. Post continues below.

The series follows Suzie Pickles (Piper), a 30-something former pop star turned actress, who has just landed a surprising role as an ageing princess in a Disney movie, when her phone is hacked and photos of her performing a sex act are leaked on the internet.

Each episode follows Suzie through a "stage of grief" as she processes her privacy being violated and as her personal and professional life crumbles around her.

What makes this series a completely different viewing experience to any other TV show to date, is the fact the viewer also goes through the eight stages of grief alongside Suzie.

Episode one, 'Shock', explores the disconnected feeling you experience when you're trying to process unexpected news. The disbelief that the world is continuing to turn and people are continuing on with their lives, and expecting you to do the same, when all you want to do is sit on your bed, stare at the wall and process.

Watching Suzie try to get through a photoshoot with a bunch of strangers at her house, while her husband, Cob, is discovering her infidelity, and her best friend/manager, Naomi, is trying to manage the situation, is frustrating to say the least.

There's so much happening that you - as the viewer - just want everyone to go away so you can process the bombshell that's just been dropped. You - alongside Suzie - experience that feeling of shock and the world becomes annoying white noise which you wish you could temporarily tune out. 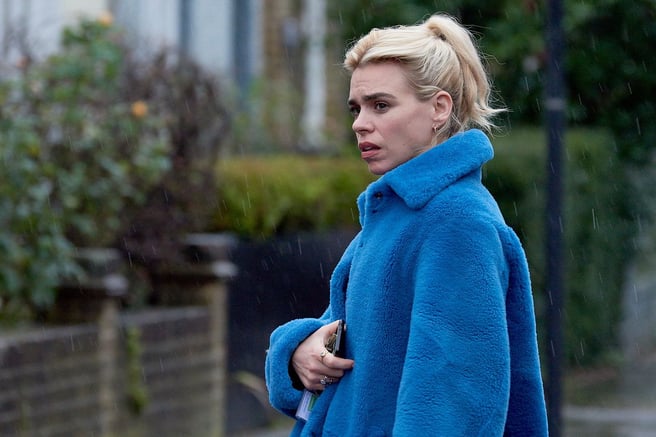 Episode two, 'Denial', explores what happens when you try to deny a wrongdoing and just make the situation worse. It'll make you relive all those times you've tried to get yourself out of a situation and ended up only digging yourself a deeper hole.

Your heart will beat faster and you'll feel a creeping sense of menace as Suzie realises her family could now be in real danger in episode three, 'Fear'.

Episode five, 'Bargaining', will have you believing - if only for a short time - that there's an easy solution to all your problems, a way to get out of things without having to trudge through the hard stuff.

You'll push your way through 'Guilt' and an awkward family gathering in episode six, and feel rightly frustrated by the time you reach episode seven, 'Anger'.

And over that 32-minute episode, as Suzie struggles to get through a frustratingly pointless rehearsal and make it back to her son's birthday party in time, you'll feel the anger rise within you.

Why isn't the director listening to Suzie? Why is the guy in the shoe shop so incompetent? HOLY HECK WHY DO DRIVERS STOP AND MAKE YOU CROSS THE ROAD IN FRONT OF THEM WHEN YOU'RE NOT READY TO?

I KNOW THEY'RE TRYING TO HELP BUT HOLY HECK STOP IT.

By the time Suzie slams her phone on the window and yells "open the f**king door", you'll be begging her to create an even bigger scene because you're just so p*ssed off.

And then in episode eight, 'Acceptance', you will be lulled with a sense that everything is going to be okay, before you're hit with a twist at the end.

I Hate Suzie is a gritty, funny, frustrating watch that will make you feel a whole rollercoaster of emotions over the eight-episode first season.

And after you've frantically Googled 'is there going to be a second season?' you'll want to watch it all over again.

You can watch the entire first season of I Hate Suzie on Stan now.