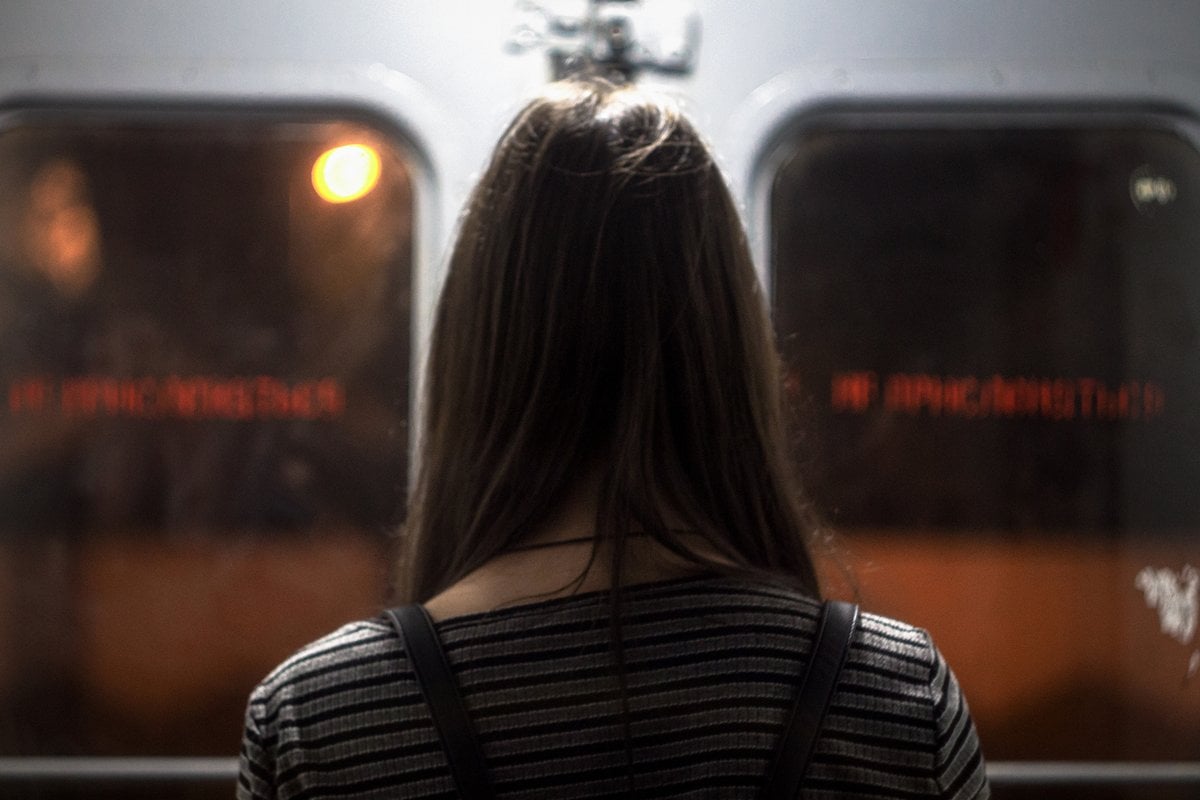 I can imagine what you’re thinking.

"If you weren’t on the same page about having kids, why did you get married in the first place? Surely that’s an example of an irreconcilable difference."

Believe me — now that I’m divorced, I fully understand I should never have married my husband. Hindsight makes that obvious.

But in the beginning, I naively thought love and time would conquer the differences between us. I hoped the idea of having kids would grow on me, like a song you begin to love after hearing it enough times.

I get it now. It was selfish to act on that hope. I should have spoken up the moment I realised I couldn’t match my husband’s enthusiasm about kids.

After all, he made it clear from the start that not wanting a family would be a deal breaker. I ignored the significance of that deal breaker because I was too afraid to lose him. Instead, I kept trying to mould myself into the wife he wanted.

The whole time, I wasn’t just lying to him. I was lying to myself as well.

When I met Jayden at a mutual friend’s party in spring 2010, I was instantly smitten. His rugged looks combined with his gentle good humour pulled me out of my shell.

We retreated to a private corner away from the other guests. There, we chatted and flirted all night. Later, several of my friends commented they’d never seen me looking so love struck.

But there was one problem.

He wanted kids. I didn’t.

A few days into our entanglement, I learned Jayden was a family man who wanted to be a father almost immediately.

In contrast, I didn’t feel ready for parenthood. A few years prior, I’d had an abortion, and I was still recovering from the associated trauma.

That put me in a difficult position. Jayden said he wasn’t interested in a serious relationship with a woman who didn’t want kids very soon. Having kids was one of his biggest priorities in life.

I didn’t mean to give him the impression I was as keen on kids as he was. But I wasn’t exactly vocal about my doubts. I thought I’d eventually want a family, too.

I just need to warm to the idea, I told myself.

Jayden proposed on our six-month anniversary.

Later that year, on our six-month anniversary, Jayden shocked me by asking me to marry him.

I said yes because I didn’t want to let him down. But I also knew his proposal meant he was serious about starting a family with me.

After I accepted his proposal, he said he wanted me to ditch the birth control. I felt conflicted, but I knew how much fatherhood meant to him.

The next month, I had a pregnancy scare.

The following month, a late period terrified me into believing I might be pregnant. The experience made me realise I was nowhere near ready to be a mother.

I didn’t want to let Jayden down, but I also needed to buy myself more time. Behind Jayden’s back, I made an appointment to get contraception again.

I begged him to calm down. Crying my eyes out, I told him I took motherhood very seriously.

Down the line, I wanted a baby — just not quite yet, I said.

Begrudgingly, Jayden agreed not to break up with me. Nevertheless, he added: "I hope you’ll feel more confident about having kids once we’re married."

I wasn’t lying when I made that statement. I sincerely thought I’d get more maternal with time. It wasn’t until later that a tiny doubt began to niggle at the back of my mind. What if I didn’t ever want kids?

We had other, related, arguments.

Because we had differing attitudes to parenthood, Jayden and I clashed over other things, too. For instance, we often argued about where we’d eventually settle.

Jayden grew up in a small town in Oregon. As a boy, he’d spent his weekends on the foothills of Mount Hood, hiking, skiing, and mountain biking with his dad. Full of nostalgia for his childhood home, he wanted us to move back there after our wedding.

I expressed some reservations. I preferred our poetic life in the bohemian desert oasis of Joshua Tree, California. I loved drinking guava margaritas in retro bars and looking up at the Milky Way marbling the sky.

"But they have great schools back in Hood River!" Jayden insisted. "It’s the perfect place to raise a family."

I winced, but said nothing. As I explained earlier, our future kids were a touchy topic for me.

Noticing my silence, Jayden added coaxingly: "They have the best beer in Hood River, too!"

I shrugged and looked away. "What’s wrong with the bars here in Joshua Tree? Besides, I’m more of a cocktail kinda girl."

We dropped the subject for a while.

Sometimes Jayden backed me into corners.

One day, Jayden returned from a week-long visit to his parents.

"Mum and Dad said they can’t wait for us to move up to Hood River after the wedding!" His eyes sparkled as he squeezed both my hands. "Won’t it be great to have my parents just a few blocks away? They can help us out by babysitting."

My immediate reaction was horror.

Without even consulting me, he’d told his parents we planned to move near them! And he was already getting their hopes up about having grandkids!

But Jayden was beaming so brightly, I couldn’t bring myself to dampen his joy. Instead, I offered him a weak, twitchy smile as he drew me into his arms.

When he asked if I was excited about our future, I didn’t know what to do. So I mumbled something that sounded like assent.

Can you see the problem here?

As you can tell by now, our relationship lacked balance.

A perpetual people-pleaser since childhood, I’d never learned to articulate my own needs and wishes. On the other hand, Jayden was always confident and assertive.

My biggest fear was disappointing or losing him. So I let him project his hopes, his wishes, and his vision of the future on to me. Much of our relationship was shaped by what he wanted.

Over time, my resentment mounted because in almost every circumstance, I bent to Jayden’s will. I began to feel like my impending marriage was a vortex about to suck me in.

As much as I loved Jayden, my gut was telling me to escape.

Things came to a head one week before our wedding. Without realising what I was doing, I found myself rebelling against the life Jayden had planned out for us. The unfeeling, drunken one-night stand I had at my bachelorette party was sudden and uncharacteristic.

I didn’t cheat because the stranger I met at the bar was more attractive, or kinder, or better than my husband-to-be.

Rather, my one-night stand was an unconscious, last-ditch attempt to sabotage an already failing relationship. I didn’t understand it at the time, but my body was trying to stop me committing to a life I didn’t want.

By the way, I’m not trying to justify my cheating. I’m only explaining how it came about. Those close to me know it will forever remain one of the biggest regrets of my life.

My marriage ended about two years later after Jayden found out I strayed and divorced me.

Thankfully, I never did fall pregnant during my two-year marriage to Jayden. Our hypothetical children wouldn’t have deserved to deal with the fallout from our divorce. They would have deserved a mother who wholeheartedly wanted them.

To this day, I still feel excruciating guilt for stringing Jayden along despite my doubts about having children. I know I should have been far more upfront with him.

But I also know I’m not the malicious, manipulative person some folks have made me out to be. I believe I had to experience that relationship to learn a hard but important lesson. I needed to learn how to speak up for what I want.

That may sound simple enough if it comes naturally to you. But for many like myself, it’s much more difficult in practice. Especially if you have trouble knowing what you want.

All I can say is: self-reflection is key. When it comes to important issues like having kids, if you and your partner aren’t on the same page, that’s damn near impossible to fix.

By delaying an important conversation, you’re only prolonging each other’s pain. So get it over and done with. Split if you need to split.

Just don’t bury your differences under the rug, like I did.