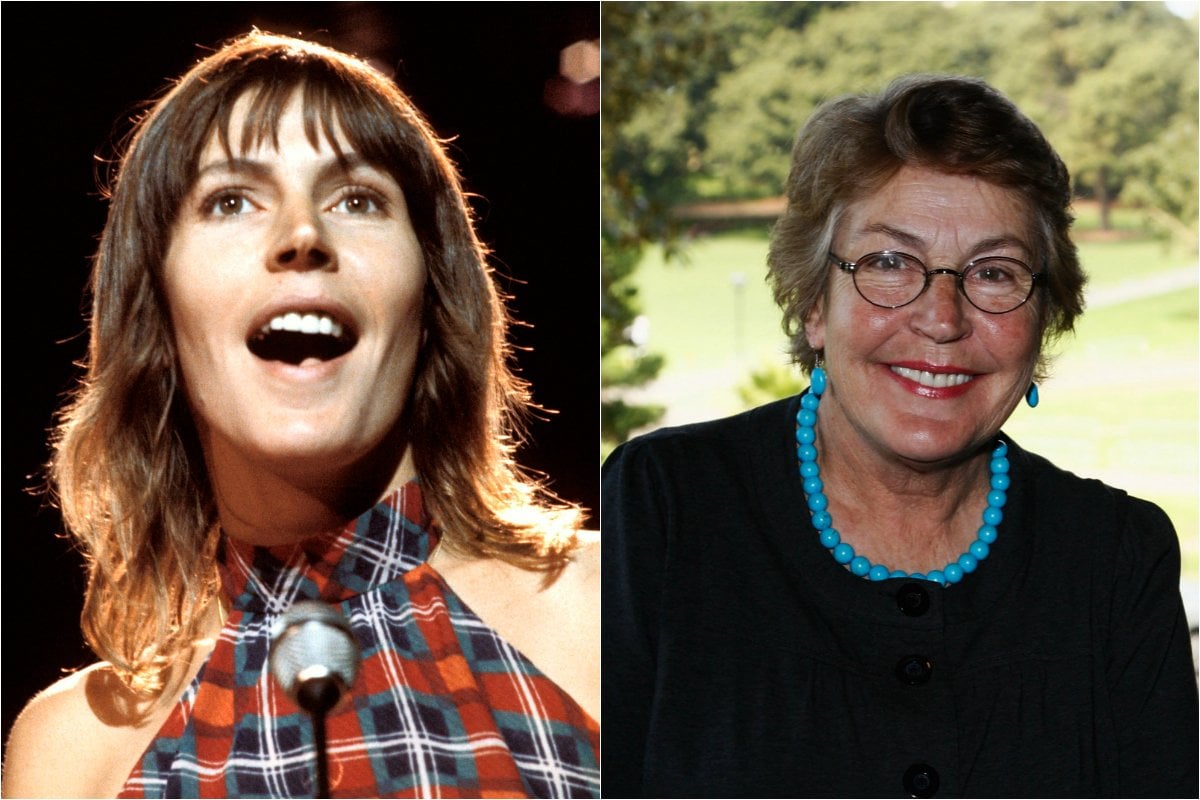 Australian icon Helen Reddy, who rose to international recognition with 'I Am Woman', has passed away at the age of 78.

On Wednesday morning, Reddy's children Traci Donat and Jordan Sommers confirmed her death via a statement on her Facebook page

"It is with deep sadness that we announce the passing of our beloved mother, Helen Reddy, on the afternoon of September 29th 2020 in Los Angeles," the statement read.

"She was a wonderful Mother, Grandmother and a truly formidable woman. Our hearts are broken. But we take comfort in the knowledge that her voice will live on forever."

Sommers shared a photo with his mother to his Instagram page, alongside purple hearts.

Helen rose to fame in the 1970s with three US number-one singles, selling over 15 million albums and 10 million singles. She was also the first Australian-born performer to win a Grammy Award.

The woman whose voice would one day become the anthem of the Women’s Liberation Movement was born into an Australian showbiz family in Melbourne in 1941.

Helen Maxine Reddy Jr, whose life was chronicled in Stan's original film I Am Woman, was born to actress Stella Campbell and writer, producer, and actor Maxwell David "Max" Reddy.

From a young age she was quick to join the family business, making her professional debut aged four at the old Tivoli Theatre in Perth.

"It was instilled in me: you will be a star," she said of her parent's push for stardom in her childhood, according to an article published by People. "So between the ages of 12 and 17, I got very rebellious and decided this was not for me. I was going to be a housewife and mother."

At the age of 12, Helen withdrew from the showbiz life on the road with her parents and opted instead to live with her aunt Helen "Nell" Reddy, who was the namesake for the younger Helen, according to a New York Magazine article. 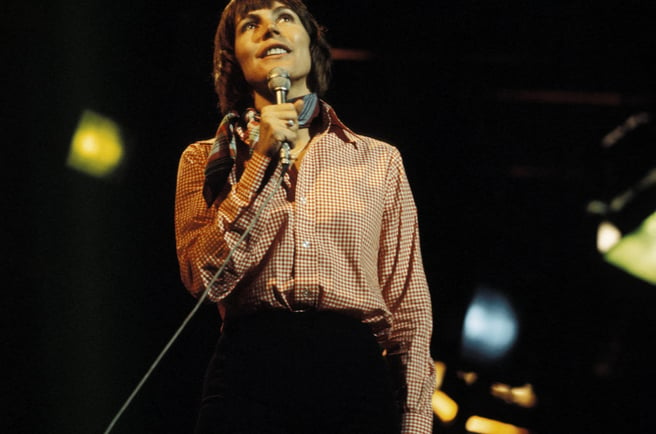 Favouring a more domestic-focused life over a career on the stage, Helen married Kenneth Claude Weate at the age of 20, a considerably older musician and friend of the family. However, the couple divorced soon after welcoming their daughter Traci.

Now in her early twenties and a single mother, Helen Reddy knew it was time to return to one of her first loves and embark on a professional music career.

As part of her prize from winning a talent competition via the Australian TV show Bandstand that drew in over 1,300 entrants, she was granted a trip to New York City.

In 1966, Helen arrived in New York with her three-year-old daughter Traci in tow and just $200 tucked away in her pocket to see her though the trip. A trip that was supposed to be the launching pad for her international career.

But in a devastating blow to the young singer, who thought she was travelling to the Big Apple to record a single for Mercury Records as part of her prize, it soon became clear that she had only been granted an audition, not a recording contract, and that they had already viewed her tape.

Helen's fate had already been decided, and the answer was a firm no.

"They wanted a male singer or group. I was taken to lunch and wished a lovely visit. There was no audition," she has since said of the experience.

Despite the knockdown, Helen decided to stay in New York for the sake of her career. But despite working hard to break into the music scene, she and her daughter were soon down to their very last $12.

Knowing that she might soon be forced to return to Australia, Helen's New York-based friends decided to throw her a party that would double as a fundraiser, with each of the attendees kicking in $5 each to help keep her going.

Take a look at the trailer for Stan Original Film I Am Woman below. Post continues after video.

The night of this party would also turn out to be the first time Helen Reddy would lock eyes with her future husband, Jeff Wald.

"Jeff was invited, and he didn’t pay the five dollars," Helen would later tell reporters, "but it was love at first sight."

The couple were married soon after meeting, but the early days of their marriage were filled with hardship.

In her autobiography The Woman I Am, Helen Reddy wrote about the early days of her career and marriage, saying that although Jeff was charming, she also married him out of desperation over her right to work and live in the United States.

At the time, Jeff worked as a secretary for William Morris on a meager salary and according to New York Magazine, "Helen supported them for six months doing $35-a-night hospital and charity benefits. They were so broke that they snuck out of a hotel room carrying their clothes in paper bags."

"When we did eat, it was spaghetti, and we spent what little money we had on cockroach spray," Helen said of that time in their lives.

But soon, the tables began to turn for Helen Reddy.

Helen, Jeff and Traci moved to Los Angeles and Helen became increasingly frustrated as her husband found success managing musical acts such as Deep Purple and Tiny Tim while seemingly forgetting his earlier promise to manage her career.

After close to a year of no professional progression, Helen presented Jeff with an ultimatum, saying that he either had to work on her career with the same dedication he afforded to other clients, or he could leave. 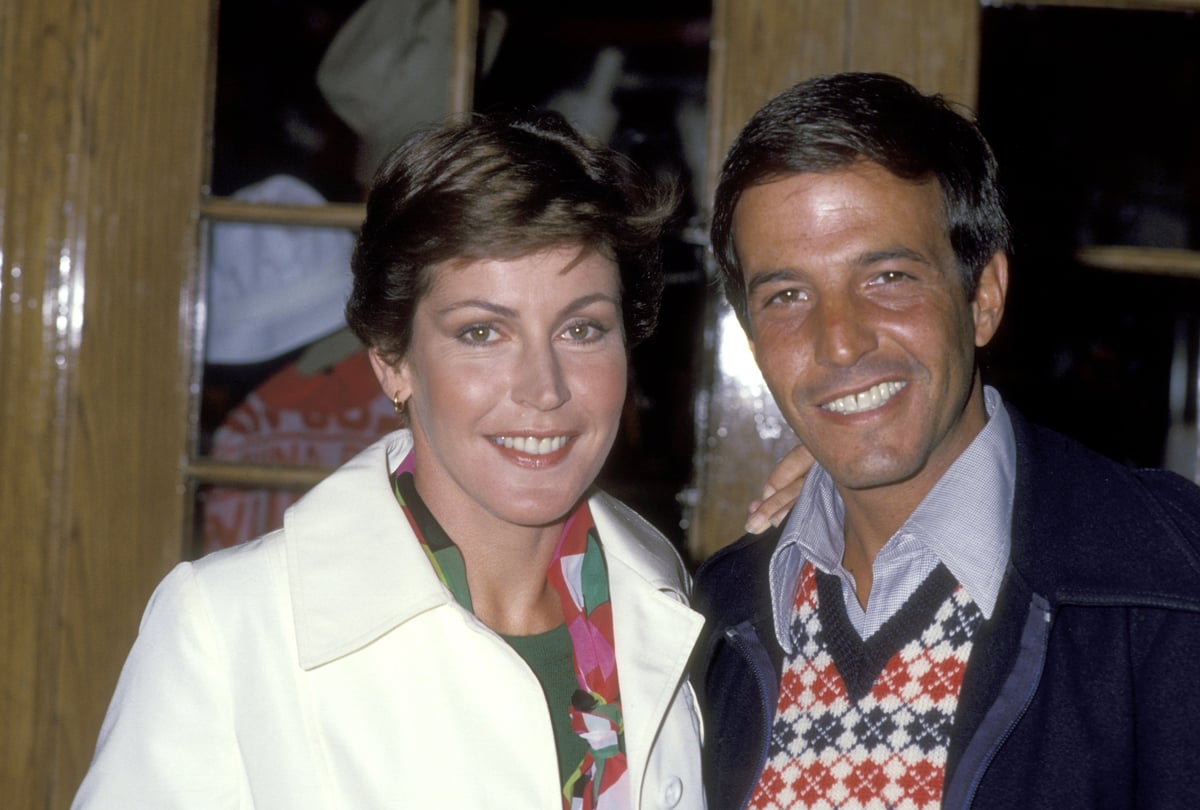 It was enough to shake Jeff into action and he spent the next five months incessantly calling Capitol Records executive Artie Mogull until he reluctantly agreed to let Helen record just one single, on the proviso that Jeff promised not to call for at least a month.

The result of the deal paid off for Capitol Records, however, when it resulted in Helen's cover of I Don't Know How to Love Him from the musical Jesus Christ Superstar written by Andrew Lloyd Webber.

The single began moving up the charts in the spring of 1971 and peaked on the charts at number 13, and this was just the beginning for Helen Reddy.

According to The Billboard Book of Number One Hits, Helen was looking for songs that reflected the music she knew women wanted to listen to and the power of the increasingly strong women's movement. But no matter how hard she looked, there were none to be found in the options the record company sent her way.

"I realised that the song I was looking for didn't exist, and I was going to have to write it myself," she said.

"It was early in 1971 and I'd been involved in the women's movement for eight or nine months," she went on to tell The New York Times. "I was looking for material that reflected the feminist consciousness but there was nothing with anything positive to say.

"I've always rejected songs like 'Take me back, baby, I'm on my knees/Begging you please.' And 'I can cook up a mess of grits in three minutes' is not my concept of womanhood either.

"The lines 'I am strong, I am invincible, I am woman' kept going over and over in my head and I thought, 'I guess that's the beginning of a song."

This song would turn out to be the hit anthem 'I Am Woman' which reached number one on the Billboard Hot 100 in December 1972, spurred on by the fact that hundreds of women across America called their local radio stations requesting it be played.

"It came to me and it wouldn't leave me," Helen said of the iconic song, according to Houston Public Media. "It was simply a phrase that — over and over, 'I am strong, I am invincible, I am woman.' And I thought, well, this has to be a song.

"It was so hard. So hard. You know, so many radio stations would say, 'Well, we're already playing a female record.'"

"Capitol Records said, 'That women's lib crap is gonna kill her,'" Jeff Wald said, in an interview years later with NPR. " 'Why are you letting your wife do this stuff?'"

Helen went on to become the world's top-selling female singer in 1973 and 1974, reportedly selling 80 million albums, and had her own weekly prime-time television variety show.

She also holds the honour of being the first-ever Australian musician to win a coveted Grammy Award, with I Am Woman winning the Best Female Pop Vocal Performance in 1973.

Along with the historic win for Australia, Helen's Grammy's acceptance speech is infamous thanks to the fact that, along with thanking her team, her family and Jeff, she ended the speech by thanking God "because she makes everything possible".

'I Am Woman' went on to become the anthem of the Women's Liberation Movement, underscoring and being performed at marches, rallies and events, thanks to the fact that the song lyrics perfectly encapsulated the movement's message.

While her career success was spiralling, with a starring role in the 1977 Disney film Pete's Dragon and a Golden Globe nomination, in the years to come the media attention turned toward her marriage.

In 1982, Helen initiated divorce proceedings and, as she chronicled in her book, their marriage break-down turned ugly.

"I had often been threatened that if I ever left my husband/manager, he would 'bad-mouth me out of the business,'" Helen said in her autobiography. "He planned to accuse me of child abuse, even though I had never in my life raised a hand to my child. It was beyond devastating. He had struck at me where I lived as a mother.

"Several of my performing contracts were cancelled, and one promoter told me he couldn't book me in case a certain someone 'came after him with a shotgun.' It seemed to me that this person was trying to destroy my livelihood." 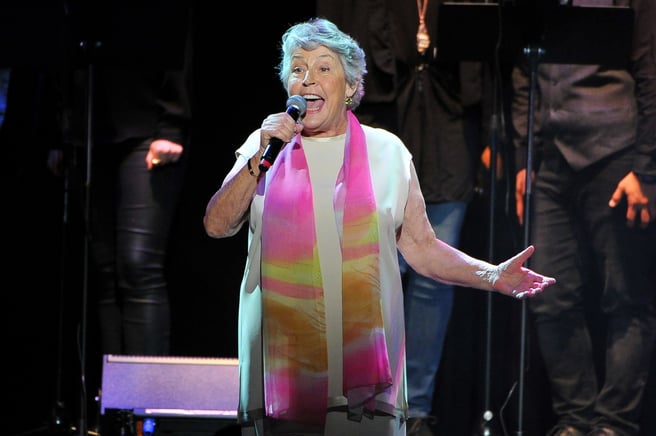 After decades of success, Helen Reddy announced her retirement from performing in 2002 and performed a farewell performance with the Edmonton Symphony Orchestra. She also moved her life back to Australia to spend time with her family.

Despite stepping back from full-time performing, Helen was still prepared to lend her voice to political and social movements and appeared at the 2017 Women's March in Los Angeles.

According to a statement on Helen Reddy's official website, she retired from live performance and practiced as a clinical hypnotherapist and motivational speaker in Australia for ten years.

However, after singing a duet with her sister at her sister’s 80th birthday party, Helen decided to come out of retirement in July 2012 and return to the stage where, in addition to a selection of her hits, she treated audiences to songs from her vast catalogue she had never before performed live.

Helen's extraordinary life, chronicled in the Original Film I Am Woman, and her legacy is still available on Stan and will no doubt inspire another generation of women.

This article was originally published on August 19 and was updated on September 30, 2020.