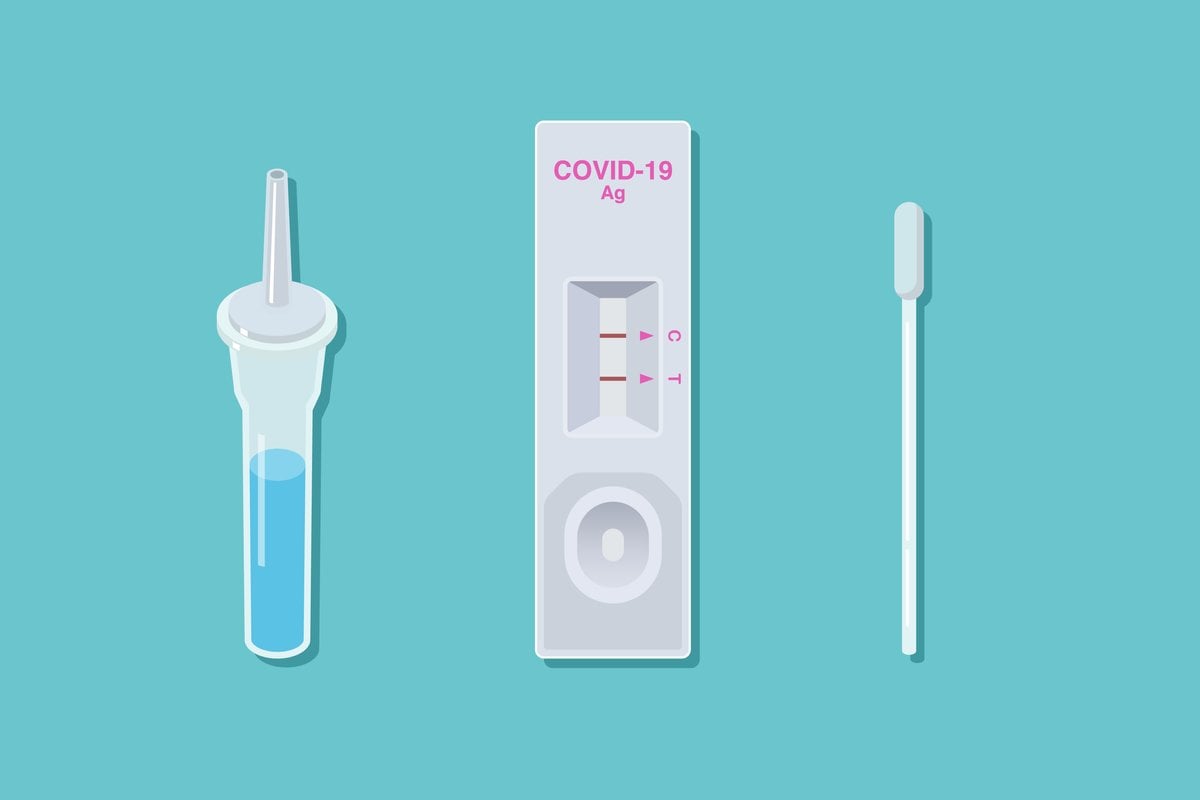 With Christmas around the corner and COVID-19 case numbers rising, it’s important to keep getting tested when you have symptoms, have been exposed to the virus, or are going to a high-risk environment.

Now we have access to PCR tests (known as RT-PCR, or reverse transcription-polymerase chain reaction, tests) and rapid antigen tests to detect SARS-CoV-2, the virus that causes COVID.

So which test should you use? And what’s the difference?

How the tests work.

RT-PCR converts viral RNA to DNA and amplifies the genetic sequence, making billions of copies, to a point where these copies can be detected.

Because the test can amplify tiny amounts of viral genetic material, it’s considered the gold standard and can detect infection in earlier stages than other tests like rapid antigen tests.

Rapid antigen tests instead detect viral proteins. The proteins bind in the solution to antibodies that become fluorescent to indicate the presence of the proteins.

But they’re less sensitive than a PCR test because there is no amplification process.

How effective are they?

While both tests are more likely to correctly detect an infection when the person’s viral load is high, PCR tests are more sensitive than rapid antigen tests.

An Australian study comparing the sensitivity (correctly diagnosing SARS-CoV-2 infection when you have it) of one type of rapid antigen test compared to a PCR test, found 77 per cent of positive antigen test results aligned with PCR test results.

This rose to 100 per cent when people were tested within a week of the onset of symptoms.

The Therapeutic Goods Administration provides a list of approved rapid antigen tests, which have results that align with PCR test 80-95 per cent of the time, provided the test is done within a week of symptom onset. Some of these tests are rated as very high sensitivity, with 95 per cent agreement with PCR tests.

Which test to take when?

Take a RT-PCR test if you:

A PCR is the test of choice in these situations because it is more accurate at diagnosing an infection.

Consider a rapid antigen test if you:

The rapid antigen test is considered to be a screening tool. In other words, it can indicate that you might be infected, but a PCR test is needed to confirm the result.

While a negative rapid antigen test result is not a guarantee that you aren’t infected, it does provide more protection for your contacts than not testing.

How often should I take a rapid antigen test?

It depends on the reason you are taking the test. If you’re part of a surveillance program, take the test when you are asked to.

How does the Omicron variant affect testing?

The highly mutated Omicron variant appears to still be detected by both PCR and rapid antigen tests.

Ordinarily, a PCR test indicates whether or not you have a SARS-COV-2 infection but not which variant you have. Genome sequencing is needed to find that out.