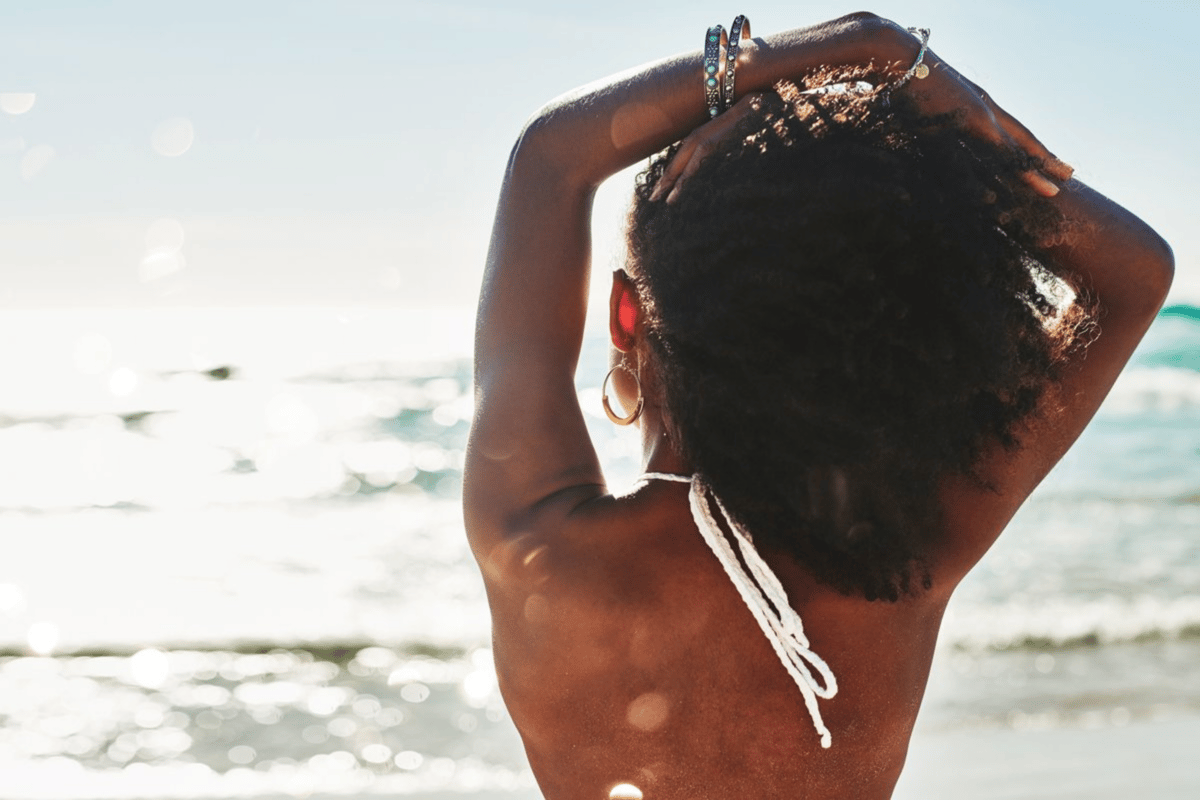 The salty air whipped through my hair as I pulled into the clifftop carpark and turned off the engine. My best friend and I were days into a road trip up the Algarve coast in Portugal and it was one beautiful beach after the next.

With the roof still down, we stood on the front seats of our convertible Fiat, posing in bikinis for a selfie.

"Hey," a deep voice called out from a passing 4WD. "Do you girls need a hand with that?"

As the man parked up and got out of his car, I couldn't help noticing, he was tall, dark and very sexy, with washboard abs and bulging biceps. I happily handed him my iPhone and he moved around the car, capturing us from every angle with a cheeky grin behind the lens.

His mate, who'd just emerged from the vehicle, looked on with a huge grin on his face. He was tanned with blonde hair and a six-pack of his own, tattoos running down his ripped left shoulder.

Propping himself up against our bonnet, he introduced himself as Gabriel. He was a surfer from Lisbon, with an intoxicating Portuguese accent.

As the flirting heated up, our photographer – Alvin, a pilot from Canada – invited us to join them later that night for some sunset drinks on a more secluded beach down the coast.

At 7pm we pulled up in an Uber to a restaurant that sat out on the sand, overlooking the Atlantic waves. The boys were already sitting at a table on the balcony and we joined them immediately.

We sipped white wine from local vineyards, ate the most delicious clams and watched the sunset. After dinner, the boys invited us back to their apartment for more drinks - but I suggested a walk on the beach instead.

We ran down to the shore in the dark. The atmosphere was electric. Laughing, Alvin grabbed my friend, and pretended to throw her into the water, her arms clinging around his naked chest.

I was standing in the shallows when Gabriel walked up and put his arms around my waist. We started kissing and soon his hands had slipped under the thin material of my summer dress. Slowly, he slid his cool fingers inside me.

Taking me by the hand, he led me back towards rows of deckchairs spread out across the sand. Bending me over one, he dropped to his knees behind me and, pulling my panties to the side, began to lick me out. I stifled a moan into the night air.

Standing up, he yanked his shorts down as I sunk to the sand, ready to take him in my mouth.

He was harder than anyone I’d ever had before.

Soon, we were having sex on one of the deckchairs, it was frantic and intense.

The next night my friend and I were at a bar in Lagos, playfully imagining where the previous evening could have gone. Encouraged by the temptation, I picked up my phone to send Gabriel a message.

Within half an hour we were back at our hotel suite and the boys were knocking on our door. Answering in just a silk cami and sleep shorts, I led Gabriel to my room.

At once his mouth was on mine, kissing me hard and fast as we fell backwards onto the bed. In smooth movements he undressed me quickly.

Finally naked, his hands were everywhere as we rolled across the sheets. I ended up on top of him, and he guided my hand down to stroke his penis. But, excited at how hard he was, I went down on him instead.

After a few minutes, he suggested we 69 and I eagerly moved myself around. His tongue inside me was as hard and purposeful as his d*ck.

I moved to climb on top of him. It’s not a position I usually initiate, but I was so wet for him I’d lost all inhibitions. I began to ride him so hard I needed to use the wall above the headboard to keep my balance. I couldn’t believe how excited I was, and how easy it felt.

Suddenly we heard a knock on the bedroom door and Alvin walked in.

"Your friend told me to come here and make your night."

Still on top of Gabriel, he looked up at me and smiled.

"Suck off my mate while I f**k you?" he asked in his sexy Portuguese voice.

Grinning, Alvin walked around the bed and stood in front of me, unbuttoning his jeans. He was already hard. As I willingly took him in my mouth he reached forward, squeezing my boobs. Below, Gabriel began to thrust in and out again, as I bounced up and down.

It was a deliciously naughty dream come true and I felt completely empowered with two men in me at once.

Raising my eyebrow to Alvin, I rolled off Gabriel and onto my back. Pinning me down, Alvin laid on top of me and pushed himself inside until I gasped. Looking up, Gabriel was kneeling at my head and I opened my mouth wide to meet him.