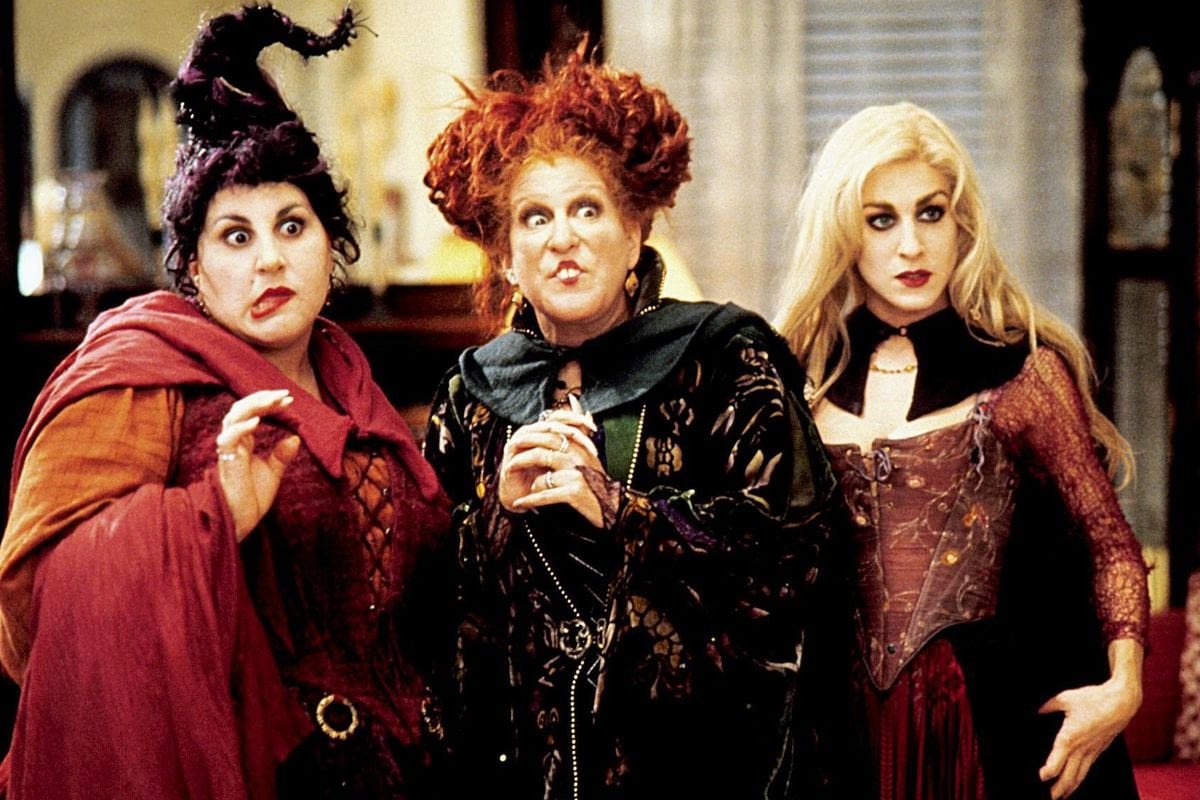 For an entire generation, Hocus Pocus is the Halloween classic of their childhood and beyond.

Twenty-seven years ago, Walt Disney Pictures brought three comical witches to our screens – the Sanderson sisters – who are resurrected by three teenagers on the night of Halloween.

Directed by Kenny Ortega – who is also responsible for classics including High School Musical – the film has stood the test of time, continuing to be a must-watch every October 31st for a whole new generation.

And now, after years of speculation, Bette Midler has confirmed a sequel is on its way.

"Sistaaaahs! It's been 300 years... But we’re BACK! #HocusPocus2 arrives Fall 2022 on DisneyPlus," she wrote on Twitter on Friday.

Sistaaaahs! It's been 300 years... But we’re BACK! 🧹 #HocusPocus2 arrives Fall 2022 on @DisneyPlus. pic.twitter.com/OFMTlfjCDq

Both Sarah Jessica Parker and Kathy Najimy have announced they will return to the film as well.

While Najimy said: "The people have spoken: I smell children... again."

Ahead of Hocus Pocus 2, here’s where the famed stars are now, 27 years later.

Well, it's news to approximately no one that Sarah Jessica Parker went on to star in the highly successful cult classic Sex and the City as Carrie Bradshaw, which saw Parker become a household name worldwide. The television show ended in 2003, and since then she has also been in the Sex and the City films as well as I Don't Know How She Does It and New Year's Eve to name a few. Parker also featured in Glee and executive produced and starred in the HBO series Divorced.

The now 56-year-old has also paved her way as a fashion designer, starting footwear line 'SJP collection' at Nordstrom.

She has been married to actor and comedian Matthew Broderick since 1997, who she shares three children with.

Critically acclaimed actress Bette Midler, now 75 years old, was perhaps the most spooky of the three sisters in Hocus Pocus.

Since then, she has continued to star in a number of successful films, TV shows and Broadway productions, namely Hello Dolly!. Her career has spanned over 50 years, and the actress has won a plethora of Grammy awards, Golden Globes, Tony awards and Emmys in her time.

Most recently, she guest-starred in Netflix's new drama series, The Politician, alongside Gwyneth Paltrow.

If Bette Midler was the most spooky of the three sisters, then Kathy Najimy was no doubt the funniest.

Since her popular role in Hocus Pocus, Najimy was the voice behind Peggy Hill for over a decade on the animated series King of the Hill. More recently she appeared alongside Jennifer Aniston in Dumplin', and was Wendy Keegan in Veep and Denise Heller in Younger.

Every movie needs to have an annoying little sister and for Hocus Pocus, Thora Birch was just that as little Dani.

Birch, now 39 years old, has since played Jane Burnham in the 1999 film American Beauty and more recently starred in the drama film The Last Black Man in San Francisco and Gamma on The Walking Dead.

Shaw, now 44 years old, has had consistent work since her breakout role as Allison Watts in Hocus Pocus.

Most recently, she appeared as Kate McPherson in the 2014 television series Ray Donovan.

In 2018, she welcomed her first child, a son named Jack, with husband Kristopher Gifford.

What about max??? It’s funny the other day I watched this and it’s a totally different experience watching it as an adult to as a child. As a kid I can remember watching this and being scared out of my mind and crying when binx the cat died at the end. As an adult, I just watch and admire the incredible performances of Bette midler, SJP and Kathy Najimy. I hope they do a sequel but only if the original cast members are in it

They didn't mention that Thackerey Binx is playing McGee in NCIS, or all the cool stuff the Doug Jones (Billy Butcherson) has done either. He was one of the Gentlemen in Buffy, the all time creepiest bad guys on that show!