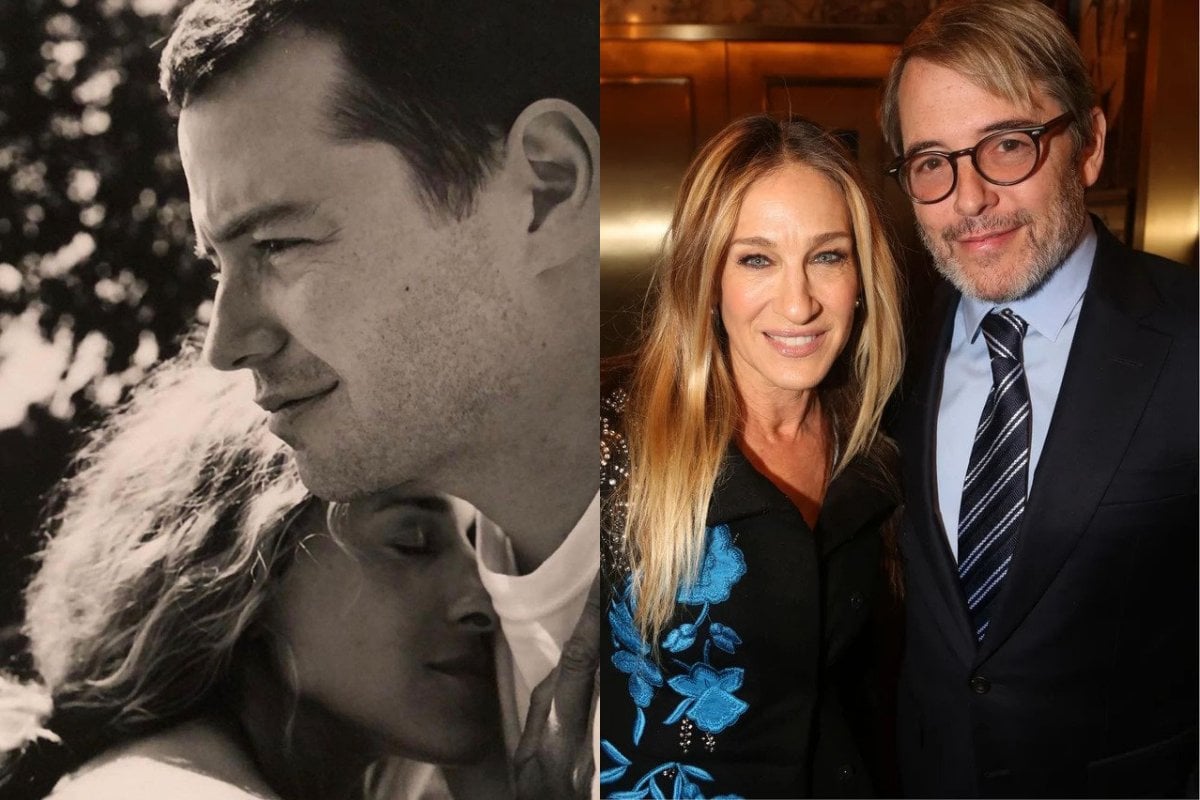 Sarah Jessica Parker used to think that she would be known all her life as the former girlfriend of John F. Kennedy Jr.

"It has become the defining factor in the person I am," she told The New York Times in 1992, not long after splitting with JFK Jr. "It’s pathetic. When I die, they are going to say, 'Oh, yeah, Sarah once dated John Kennedy.'"

What Parker didn’t know back then was that the actor she had just started dating, Matthew Broderick, would become her life partner, and that they would become known for having one of the happiest marriages in Hollywood.

"I love Matthew Broderick," Parker declared in Harper's Bazaar in 2013. "Call me crazy, but I love him. We can only be in the marriage we are. We're very devoted to our family and our lives. I love our life. I love that he's the father of my children, and it's because of him that there's this whole other world that I love."

Parker was born in Ohio, one of eight kids in a family where money was tight. She was a child actress, starring in Annie on Broadway before being cast in the sitcom Square Pegs. She met Robert Downey Jr on the set of the movie Firstborn and was in a relationship with him for seven years – trying and failing to help him overcome his drug addiction – before dating JFK Jr.

Watch: Our favourite celebrities impersonating other celebrities. Post continues below.

It was in late 1991 that Parker met Broderick. Parker’s brothers Pippin and Toby ran a theatre company and when Broderick directed a play for them, he was introduced to Parker. Broderick was best known for the movie Ferris Bueller’s Day Off, but, like Parker, he’d got his start on Broadway when he was young, having won a Tony award when he was 21.

A few months later – Parker remembers the date as being February 1, 1992 – Broderick rang her up to ask her out on a date.

"Then he left a very charming, very self-effacing message on the machine," she told The New York Times in 1996. "You know, 'Hi, it's Matthew Broderick.'"

Parker accepted Broderick’s offer to go to a movie. He remembers the moment they met up.

"I still remember very clearly seeing her walk down the street toward the movie theatre," he told the YES Network in 2012. "It's very unique, because I wouldn't remember most people the first time I saw them come down the street. [But] I remember it as clear as day."

The couple couldn’t get enough of each other. 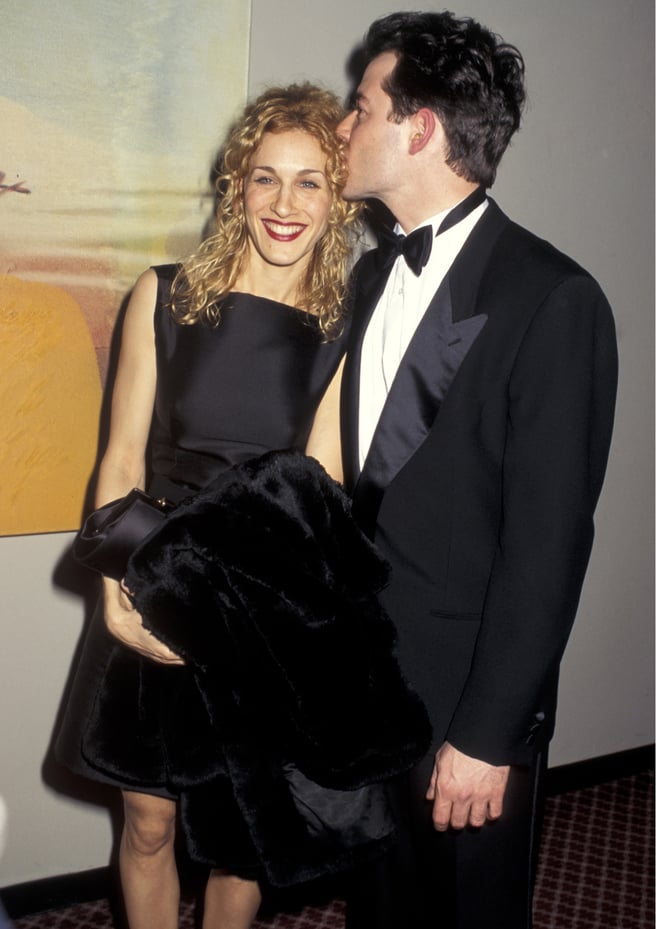 "He's probably the funniest fellow I've met in my whole life," Parker told the Los Angeles Times in 1996. "He’s so bright, so handsome, I think he's the most handsome man I've seen in my life. And he inspires me. I'm mad for him, totally."

For years, Parker and Broderick told reporters they had no plans to get married. Then in May 1997, they tied the knot in a "stealth" ceremony. They had invited 100 friends to a party in New York on a Monday night, and there, in a former synagogue, they exchanged vows in a civil ceremony. Broderick’s sister Janet, an Episcopalian minster, officiated, and a singalong followed the ceremony. Parker wore a black dress.

"Our logic was we didn’t want to call attention to ourselves that day, because we’re actors and we get attention all day long," she told Glamour in 2009. "It was a party for everybody else. Matthew bought a suit off the rack and I bought the first dress I looked at. I wish I had worn white, or off-white, I should say."

The following year, Parker was cast in the role that would make her a superstar: Carrie Bradshaw in Sex And The City. There was plenty of sex, but as Broderick later told Parade, "Sarah Jessica and I are both pretty grown-up about watching each other’s love scenes on the screen." 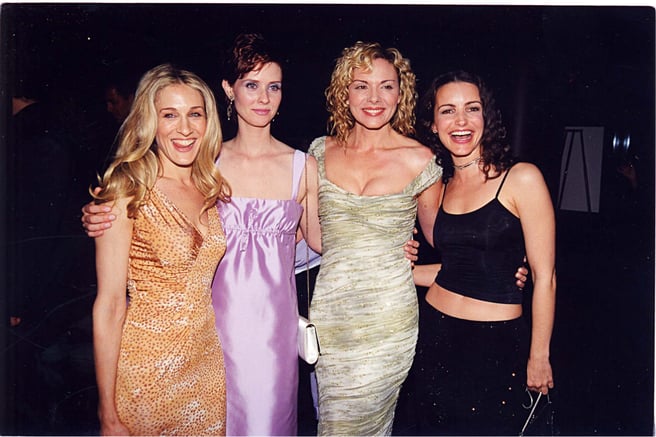 When Parker became pregnant, Carrie went through a phase of wearing high-waisted or no-waisted dresses on the show. Parker gave birth to James Wilkie Broderick in October 2002, at the age of 37. He was named after Broderick’s late father, James, also an actor.

Parker and Broderick "explored a variety of ways" of having another child, including adoption, but eventually decided on surrogacy. The surrogate, a woman called Michelle Ross from Parker’s home state of Ohio, became pregnant with twins, and Parker and Broderick went public with the news in early 2009, causing a tabloid frenzy. Star revealed Ross’s identity, and soon there were stories describing her as a "tattooed bisexual rocker", claiming she had been criticised for "not paying attention to her own son".

Parker said Ross had been followed. She’d had her phone and computer hacked, and she’d had threats made against her.

"I am incredibly outraged by the sort of extraordinary and unprecedented invasion of her privacy," Parker told Today. "It keeps me up every night." 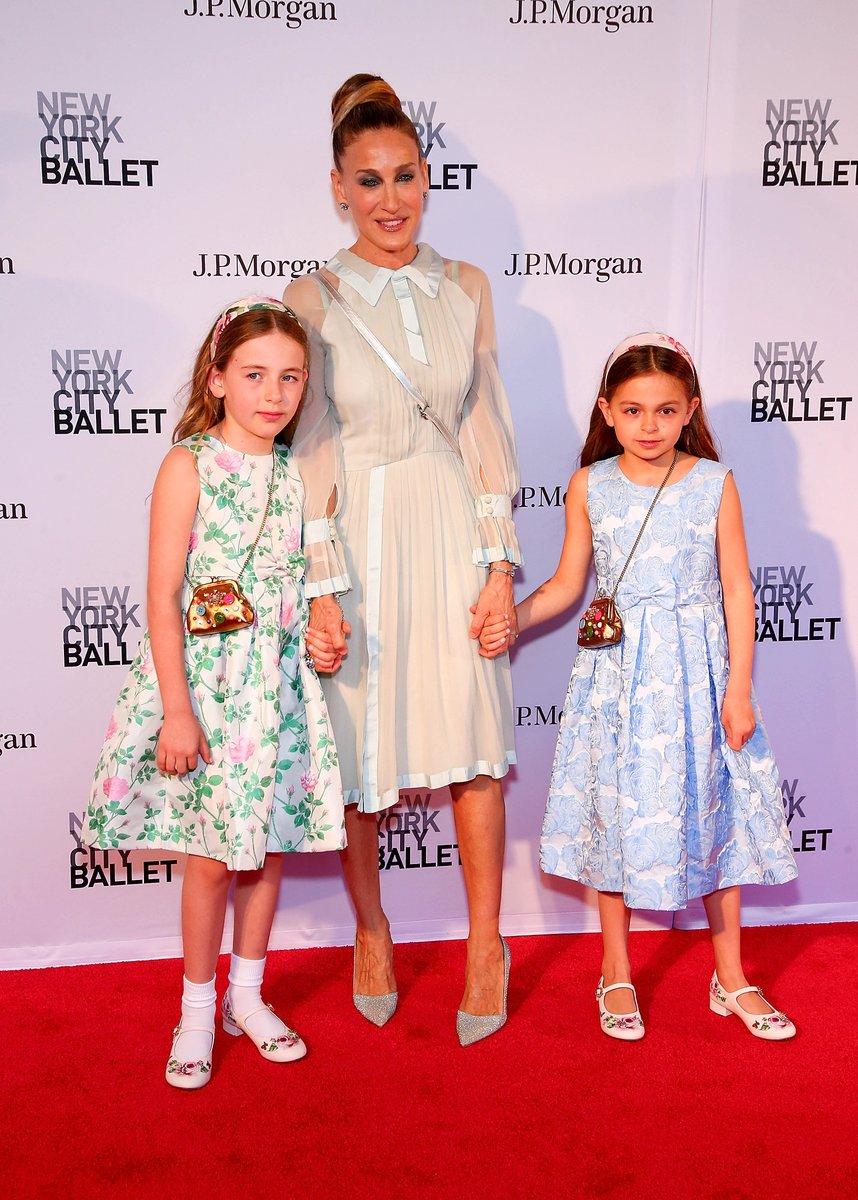 When Ross went into labour with the twin girls, Parker remembers her son’s reaction.

"I came back into the room and saw James Wilkie combing his hair down in a certain way and standing in front of the mirror," she told Vogue. "And he doesn't know that I heard him say, 'I have to be handsome when I meet my sisters.' It killed me."

Marion and Tabitha were born in June 2009. Parker says the moment of meeting them was like "suspended animation".

"It's as if everything else disappears for a moment, and the world goes silent."

Having grown up without much money, Parker has been determined not to spoil her children. In an interview with KIIS FM, she said took her approach from Dolly Parton, giving her children what they need but not always what they want.

"I want you pining for something," she tells her children. "I want you to work toward something. To dream of it and hope for it and will it happen. That's hard to do when you have it." 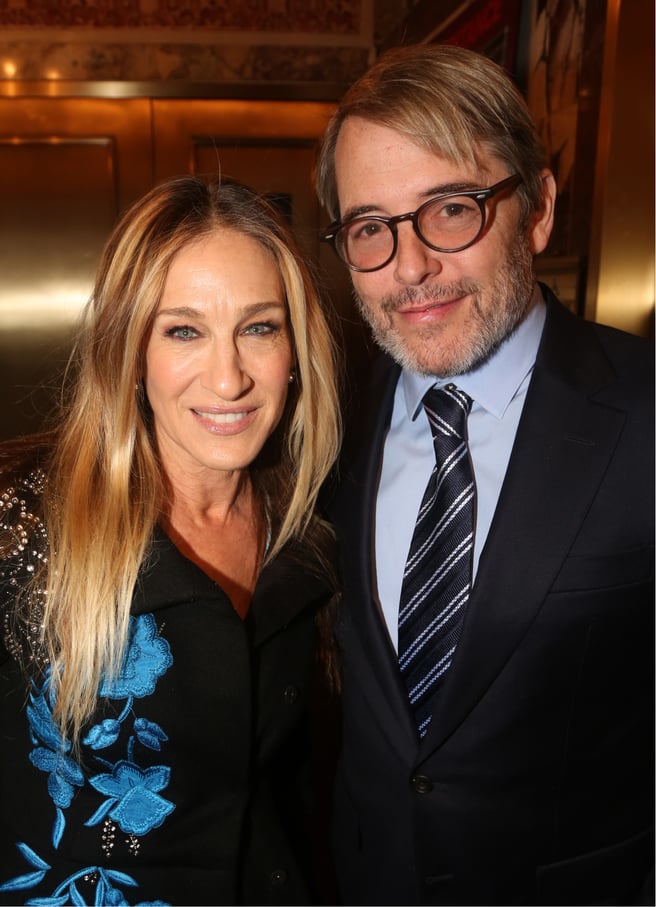 In 2020, Parker and Broderick returned to the stage together with their show, Plaza Suite. But their Broadway run was delayed due to COVID-19, and they went into lockdown.

"We’ve been watching Columbo at night and playing games and cooking," Parker told Broadway Buzz in March. "What we’ve been bingeing is laundry, really."

In May, when the couple celebrated their 23rd wedding anniversary, Parker had one simple message for Broderick, which she posted on Instagram.

Parker and Broderick rarely post photos of their children on social media. But when their firstborn, James Wilkie, turned 18 in October, Parker wrote a sweet birthday message alongside some photos.

"October 28th, 2020. My beloved son, James Wilkie, on this day, you are 18 years old. I marvel at the passing of those years but equally the young man you are becoming," she wrote.

"My love for you is an ache and an honour. As you leap toward and into your future, I remain your privileged and steadfast confidant and joyful witness to the year ahead. Happy birthday my first time voter."

In October 2021, Parker shared that their eldest was off to university, while their daughters were entering high school.

"In the span of seven days. One crosses the threshold into his freshman year of college. The other two into seventh grade. The house is different. We are different," she wrote on Instagram.

"They need us more. And far less."

In February 2022, Parker detailed more early memories about her relationship with her husband, telling Andy Cohen about their first kiss.

"It was outside an apartment building," she said on Watch What Happens Live with Andy Cohen.

"I remember describing the other night that maybe our second kiss ever, I had a Ricola [cough drop] in my mouth. It was the dead of winter, and I thought — well, it just seemed like a third party.

"So I spit it out into my gloved hand because I was getting on the subway... It was stuck on my glove. It made a sort of mark forever."

When asked when she knew Broderick was the one, Parker said, "Fairly soon after I met him."

"The fear is that I don't want [us being] a real couple to make you not believe the fantasy of it," Broderick told Hemispheres magazine about the show.

"I want it to be a believable play. So I always get scared that you might not get lost in the play enough. But as soon as we started it, I didn't feel that."

A post shared by Plaza Suite on Broadway (@plazasuitebway)

"[Sarah Jessica's] such a wonderful actor and a wonderful comedian, and people maybe aren't as aware of her stage chops," he said about his wife.

"They really are something. I think it's a real pleasure to watch her and be reminded of how good she is at that. As far as the personal, luckily we don't seem to have gotten into any fights that bleed over from the practice into the theatre, or vice versa."

And in May, the couple celebrated their 25th wedding anniversary.

"Evening Attire. Silver baby. 25 years. And counting. X, your wife," Parker captioned an old photograph of them on Instagram, alongside an invitation to celebrate the occasion.

This story was originally published in September 2020 and has been updated.