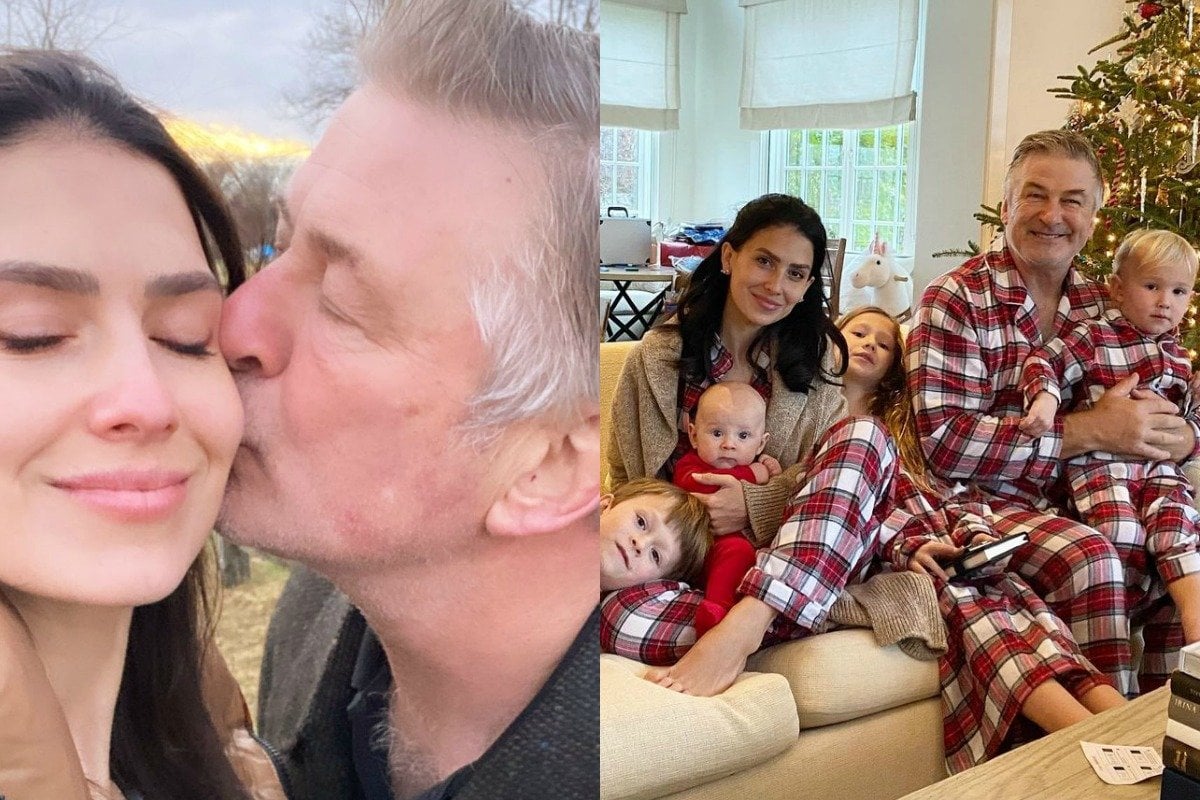 This week, Hilaria Baldwin - a name not many people knew outside of her marriage to actor Alec Baldwin - was firmly thrust into the glare of the spotlight after an internet-led investigation accused her of pretending to be Spanish.

On December 22, a Twitter user posted a now-viral thread, which began with: "You have to admire Hilaria Baldwin’s commitment to her decade long grift where she impersonates a Spanish person."

Not sure what the heck is going on? Catch up here: An Amy Schumer joke and a 'fake' Spanish accent: Why everyone's talking about Hilaria Baldwin.

Hilaria, 36, then uploaded various videos to her Instagram clarifying her upbringing in the US and explaining why she speaks with a Spanish accent.

"I was born in Boston and grew up spending time with my family between Massachusetts and Spain," she wrote on Instagram.

"My parents and sibling live in Spain and I chose to live here, in the USA. We celebrate both cultures in our home - Alec and I are raising our children bilingual, just as I was raised. This is very important to me."

"You are my life. And as hard as it is now, the dog barks, but the parade goes on. I love you," the 62-year-old concluded.

On Wednesday, Hilaria again attempted to set the record straight, telling the New York Times: "There is not something I'm doing wrong, and I think there is a difference between hiding and creating a boundary."

In what continues to be the weirdest story to end 2020, we decided to take a look back at Alec and Hilaria Baldwin's eight-year marriage - including their Spanish-inspired wedding that hasn't aged well in retrospect.

But first, here's how celebrities kept themselves entertained in isolation. Post continues below.

In 2011, the couple met by pure accident at a restaurant in New York City.

Sharing their meet-cute on Instagram to celebrate their eight-year anniversary, Alec wrote, "Eight years ago, I wandered into Pure Food and Wine on Irving Place, on an unseasonably warm February evening.

"My friend, @bocartist and I sat down (outside!) and as I turned to my left I saw a woman who would change my life. Entirely. Eight years today. Thanks for all you’ve given me. You are a gift."

Hilaria had a slightly different recollection, telling the New York Times: "I was standing near the door with my friends when he walked up and took my hand and said, 'I must know you.'"

"You must know me?'" she replied, after which "he gave me his card."

Although Alec was besotted with Hilaria, he took the early stages of their relationship slow.

"He didn’t kiss me for six weeks!" Hilaria shared in an interview for Beach magazine. "He shook my hands for six weeks. We'd have the most romantic dinner date, and afterward he'd drop me off at my house and shake my hand... My girlfriends would call me and say, 'Anything yet?' and I’d say, 'Nope, nope, nope.'"

During their first few months together, there was a lot of public scrutiny of their 26-year age gap. However, it didn't bother the couple at all.

"I didn’t really think too much of it because we’re so different," Hilaria said. "Everyone has commented on our age difference, and it is big; and I’m not someone who watches TV. So he’s somebody completely out of my world - not someone I’d necessarily think of."

Five months into their relationship, the couple moved in together and started speaking about marriage. Alec, who had previously been married to Kim Basinger for nine years, told the New York Times that it was only when he met Hilaria that he knew he wanted to get married again.

"I’ve dated a lot of people since my divorce, and have thought a lot about what I wanted and what I wanted to do," he said. "I thought about it too much, I suppose. I wasn’t really ready to take that chance and to act until I met Hilaria."

The Spanish-inspired wedding featured Hilaria wearing a traditional veil, fanning herself with a flamenco hand fan and included nuptial readings in both Spanish and English.

The couple exchanged wedding rings with the inscription 'somos un buen equipo', meaning 'we are a good team' in English.

"I liked that I brought in a bit of my culture," Hilaria later told People.

She told Vanity Fair Espana it was difficult for her to explain to her family how to pronounce her new surname.

"For now, she confesses, she has enough with learning to spell her new last name," the translated article reads, according to Daily Mail.

''I had to repeat it to my family three times: Baldddwinnn. And the third time they said Oh, we already know who it is! Why didn't you pronounce it right the first time?'' she told the publication.

Just over a year later, on August 23, 2013, their first daughter, Carmen Gabriela Baldwin, was born.

We are overjoyed to announce the birth of our daughter Carmen Gabriela. She is absolutely perfect. @ABFalecbaldwin @IrelandBBaldwin

This would be Hilaria's first child and Alec's second, who has a 25-year-old daughter, Ireland Baldwin, with ex-wife Kim Basinger.

In 2019, Hilaria discussed what it's like being a stepmother to Ireland.

"I rarely address being a stepmum, but it is part of our family. I always want to deal with it with such care... so often you hear horror stories about evil stepparents and I wanted to make sure I did right by the family I was stepping into when I married Alec," she reflected.

"I love my stepdaughter as much as I love my biological children and I become a mummy lioness when I see comments that insinuate otherwise.

"Having a stepchild is a delicate matter. Especially one who is grown. I think my relationship with her has been so successful because I never tried to step in as her mummy. She has a good mother, who I have tremendous respect for... and I put myself in Kim’s shoes: if my children ever had a stepmother, I'd want her to let me be number one."

Less than two years after Alec and Hilaria's first child was born, their son Rafael Thomas Baldwin arrived  on June 17, 2015.

In April 2019, Hilaria shared that while pregnant with their fifth child, she had suffered a miscarriage.

"I want to share with you that I am most likely experiencing a miscarriage," she wrote on Instagram.

"I always promised myself that if I were to get pregnant again, I would share the news with you guys pretty early, even if that means suffering a public loss.

"I think it’s important to show the truth... because my job is to help people by being real and open. Furthermore, I have no shame or embarrassment with this experience. I want to be a part of the effort to normalise miscarriage and remove the stigma from it."

In September 2019, Hilaria announced that she had suffered her second miscarriage.

"We are very sad to share that today we learned that our baby passed away at four months," she wrote underneath a video of herself and her eldest daughter Carmen.

This festive season, the family celebrated Christmas at their home in the Hamptons, where they've been self-isolating for the past few months.

"Almost all of us are looking! We hope you had a Merry Christmas," Hilaria wrote on Instagram.