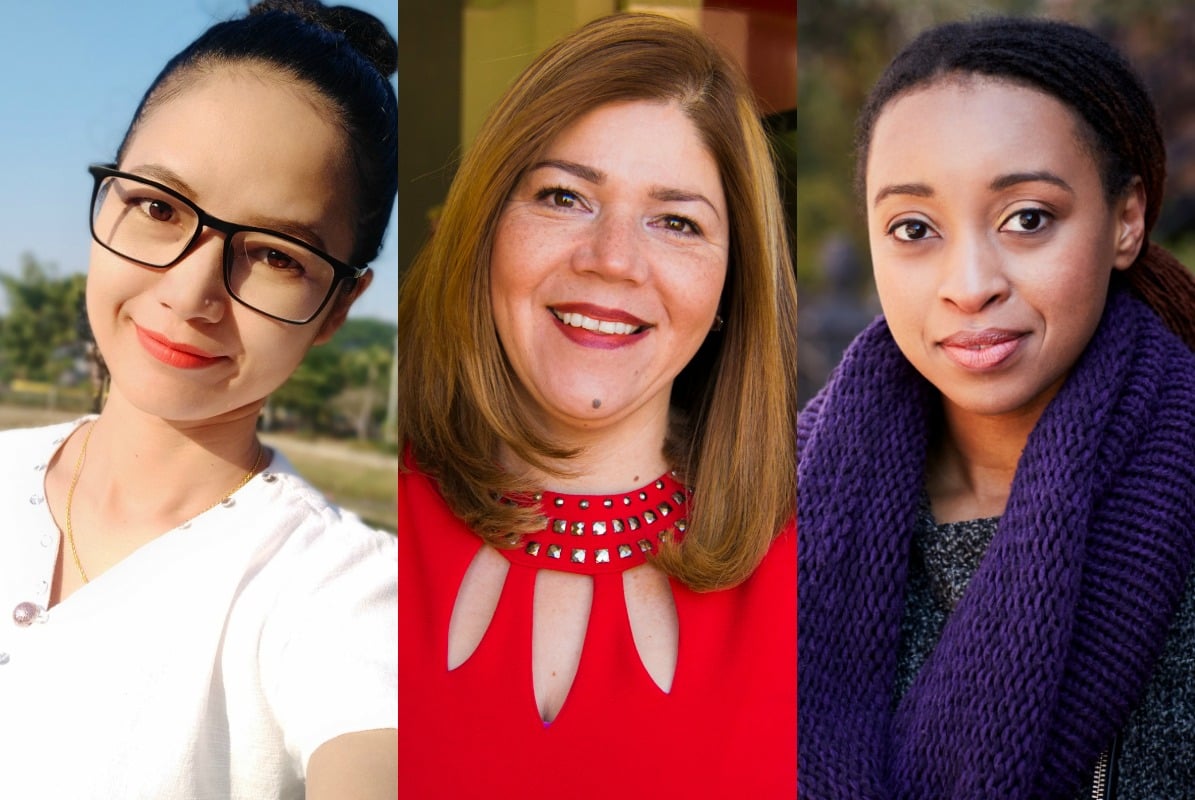 In July 2020, a UK study on baby name regret found that Lyla and Arabella were two of the most regretted girls names. The study's authors put that down to parents wishing they hadn’t given their kids the same names as popular songs – 'Lyla' by Oasis, and 'Arabella' by Arctic Monkeys.

Could this be true? Is it really such a bad thing to have your name in the title of a song?

For the past 26 years, every time my birthday has come around, people have sung the Things of Stone and Wood song 'Happy Birthday Helen' to me. It’s slightly annoying but also a bit cute. I wondered… is it worse for people who share their name with a really well-known song?

We asked readers to share their stories of people singing "their" songs at them, and years of suppressed irritation came flooding out.

Stacy: "'Stacy’s Mom' has traumatised my life since its 2003 release. As if being 13 isn’t hard enough, being 13 and your mum having 'it going on' and never being the girl for anyone really was the icing on the adolescence cake I never needed or wanted."

Laura: "'Tell Laura I Love Her'. It’s a bit weird when you’re a kid and random old men sing it to you. Actually, I find it weird at any age."

Lisa: "Every year I get the Simpsons’ rendition of 'Lisa, it’s your birthday. Happy birthday, Lisa.' Totally ruins the day for me."

Renee: "My male Year 5 teacher would always sing ‘Just walk away, Renee’ any time I’d walk up to his desk."

Molly: "I commonly get the 'Please help me find Molly' song. It’s usually people who don’t realise that Molly is also the name of ecstasy."

Michelle: "I was a little kid when the Beatles sang 'Michelle'. All these adults would start singing it at me. It was so embarrassing and I had no idea what it meant. 'Michelle ma belle...' I just wanted to disappear."

Grace: "'Amazing Grace'. Yes, I am amazing, but geez, say something original."

Susie: "My dad used to come in my room in the morning and play 'Wake Up Little Susie' all the time. He thought he was hysterical!"

Paula: "I’m a Paula and my husband is Paul. People sing the 'Hey, hey Paula, I want to marry you' song ALL THE FRIGGEN TIME."

Angie: "'Angie' by Rolling Stones, every time I see one person, at the top of his lungs. Make me avoid him."

Evie: "There’s been many a time that I’ve had my hair tied up and been told to let it down. Once I was introduced to someone and was subsequently asked if I was part 1, 2 or 3."

Sadie: "My daughter is called Sadie and she despises anyone singing 'Sadie (The Cleaning Lady)'. She’s six and hates cleaning/tidying up or helping in general."

Jessie: "My husband’s name is Jesse. I had a boss once who would frequently sing 'I wish that I had Jessie’s girl' and he thought it was the biggest joke ever."

Maria: "Ugh. The number of times I’ve heard 'How do you solve a problem like Mariiiiaaaaa?' from The Sound Of Music. It got old the first time."

Sally: "'Mustang Sally': 'All you want to do is ride around Sally.' Hahahahahahahahahahaha no. Or 'Lay Down Sally'. Self-explanatory. And it’s always said in a creepy way."

Alice: "It was definitely a challenging time when that song 'Alice, Who The F*** Is Alice?' came out."

But not everyone had bad experiences to unload. For some people, sharing their name with a popular song turned out to be a good thing.

Lucy: "I just had a guy on Tinder send me 'Lucy In The Sky With Diamonds' (you can send a song through Tinder these days). It worked. I replied to him."

Myfanwy: "My name, Myfanwy, is a traditional Welsh song. Back home a drunken night out would often end in an impromptu male voice choir rendition. Can’t say I minded at all! Now I live in New Zealand, they are few and far between, but did get sung it in a Dunedin rugby club lift post a Wales game!"

Jude: "My son’s name is Jude and he hates when people sing 'Hey Jude' at him... although when he was a baby, we were at a dinner party when his older sister (three at the time) started singing it to him when he was crying. By the end of the song every adult in the room was singing along and he was absolutely mesmerised."

Kate: "No one sang songs to me when I was growing up, but once I finished nursing school and started working, ALL of my older patients (70-plus) would always sing 'Kiss Me, Kate' when they found out my name. For that generation I believe it was a big song. I think it was from a musical called Kiss Me, Kate. I thought it was sweet, and a beautiful little glimpse into the past."

Is your name in the title of a song? Let us know in the comments below.

Reply
Upvote
Mine was the song Samantha sung by the village people in Cant Stop The Music. I was in Primary school at the time. Whilst the tune was catchy it wore very thin. My dad used to sing a another song called I Love You Samantha...apparently by Bing Crosby....i hated it and just wanted to punch him.
K
kelloneill 2 years ago