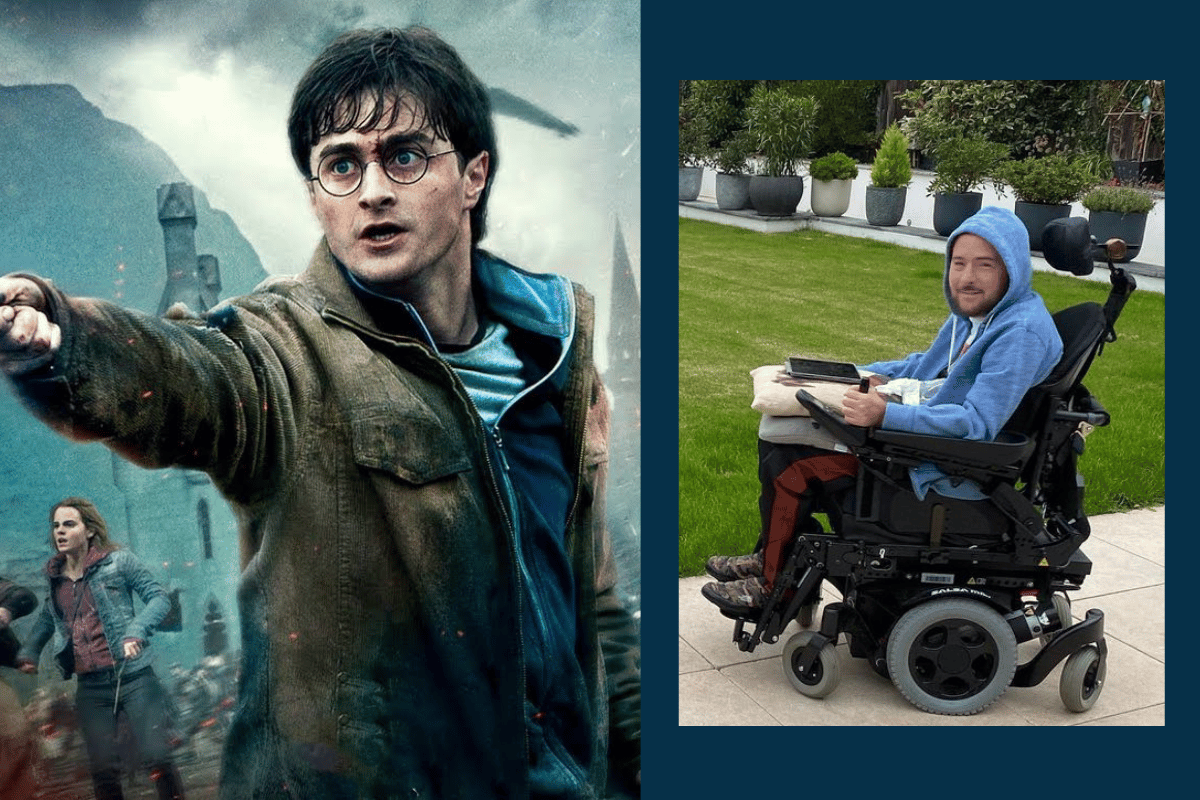 But on set, something went horribly wrong.

In the wake of cinematographer Halyna Hutchins' death on the set of Rust, and calls from Juliette Lewis and Kristen Bell for better working conditions in the movie industry, let's unpack the story behind Holmes' accident and what has come from it since.

Watch: Signs To Use When Talking About Covid. Post continues below.

The accident on the Harry Potter set.

When Holmes was 27, and rehearsing a scene for the Deathly Hallows, a film set explosion occurred.

Holmes was flying in the air when he was thrown into a wall and pulled back by a high-strength wire, breaking his neck. According to an article in The Mirror at the time, Holmes laid on the ground, conscious, before telling his colleagues, “I can’t feel my legs”. 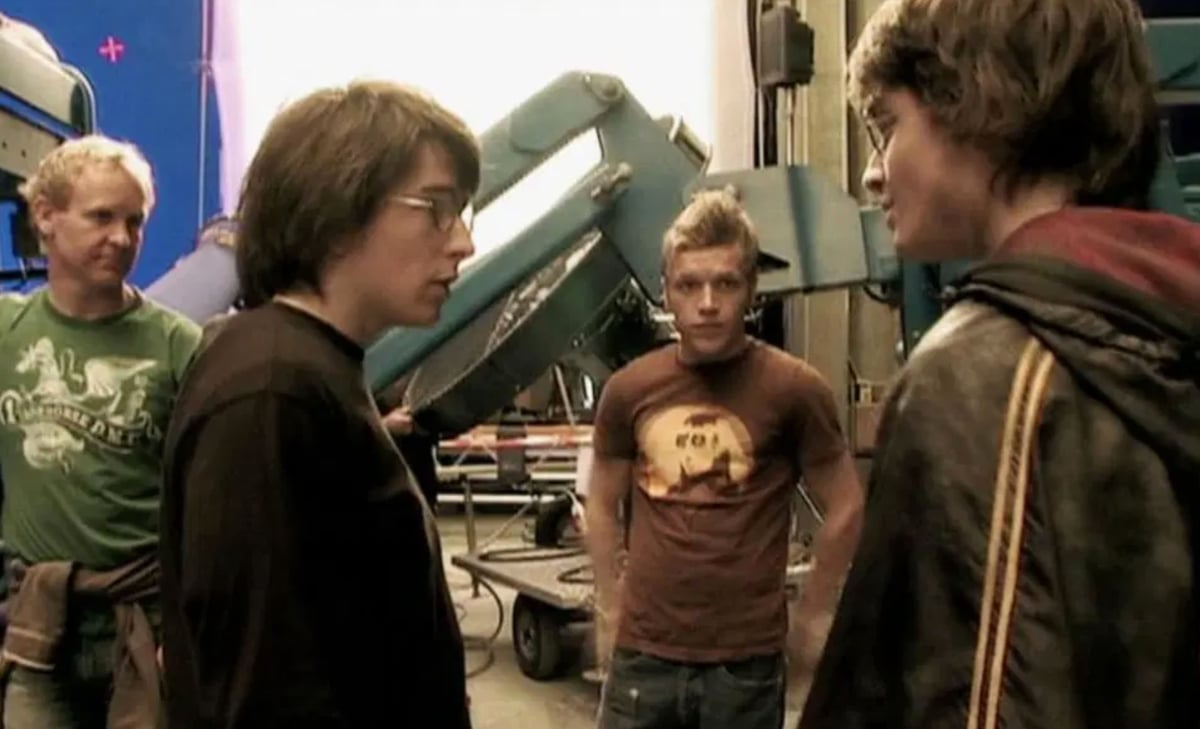 Speaking to the same publication in 2014, Holmes recalled, “I hit the wall and then landed on the crash mat underneath.”

“My stunt co-ordinator grabbed my hand and said, ‘squeeze my fingers’. I could move my arm to grab his hand but I couldn’t squeeze his fingers.

“I looked into his eyes and that’s when I realised what happened was major.” 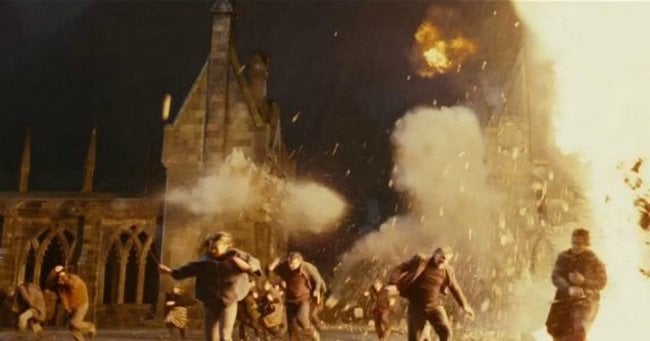 The explosion scene from Harry Potter and the Death Hallows. Image: Warner Brothers.

He was rushed to hospital by paramedics, and there he was told he would be paralysed for life from the waist down.

“My first thought was, ‘don’t ring Mum and Dad, I don’t want to worry them'," Holmes said.

Listen to The Quicky: Alec Baldwin and the prop gun: how dangerous is a movie set? Post continues after audio.

The gymnast-turned-stuntman said it was a massive shock, going from being an adrenaline junkie to not being able to move.

“I have gone from being able to stand on my hands for half an hour at a time and then all of a sudden I can’t sit up in bed,” Holmes said.

Initially, he was convinced that despite his prognosis he'd return to his stunt work and make a full recovery. But soon the severity of his condition became clear. For the next nine months, he laid in a hospital bed.

The impact on David Holmes.

The next five years were debilitating, as he relied on two full-time carers. But now, Holmes lives in a multi-million dollar custom-built home, designed to allow him to live on his own terms.

He says being positive is still the most crucial thing for him.

“If you’re positive about your disability then it can help you live with it. I haven’t let my accident affect my outlook on life and I am still very determined and positive.”

“I also haven’t let it hold me back in life and I still enjoy track days racing my car, going on holidays with my friends and am now looking forward to starting a new career.”

Daniel Radcliffe visited Holmes whilst he was still in hospital and also hosted a celebrity charity auction to raise funds to help pay Holmes' medical bills.

“It was an amazing experience,” Holmes added. “I loved it and Dan [Radcliffe] was an absolute pleasure to work with. The cast and crew were like a second family and I remain in touch with a lot of them to this day.”

The cast actually recently took part in a Wonderful Wizarding Quiz in the UK, raising money for The Royal National Orthopaedic Hospital.

Cunning Stunts is a podcast series recorded by Holmes and Radcliffe, having conversations with the UK stunt community.

“I think there’s a myth around stuntmen that they are just superhuman in some way,” Radcliffe said in an interview with Deadline.

“When the public see something really painful or horrible, they think it was a visual effect or that there’s some clever, safe way of doing it. Often that’s not the case.”

“There’s no way of faking, for example, falling down the stairs. When you get hit by a car, you’re still getting hit by a car, even if it’s going slower than it would. They find the safest way of doing it, but it can still hurt.”

The pair also discuss the need for recognition in the stunt community by the Academy.

“I literally broke my neck because people sit in front of a screen and want to go, ‘that was a good stunt’,” Holmes said in the same Deadline interview. “We risk our lives for the sake of entertainment, so it’s a bit ridiculous when all other departments get recognised and we don’t.”

It’s been over a decade since Holmes' accident and his “love of stunts, the stunt community and movies have never wavered”.

Sadly though, Holmes has had to undergo further surgeries due to his worsening condition. But the podcast, he says, has got him through it.

“My job now is living with my disability,” he says. “It’s a full-time job because it’s ever-changing, neurologically. There’s no stability. As the podcast has gone on, my spinal injury has deteriorated. So, I’m really glad that the podcast captures a bit more of the old me. I’m glad we got that time to get together when I was on better form.”

“There are people living with a lot worse in this world at the moment. So, I count myself very lucky.”