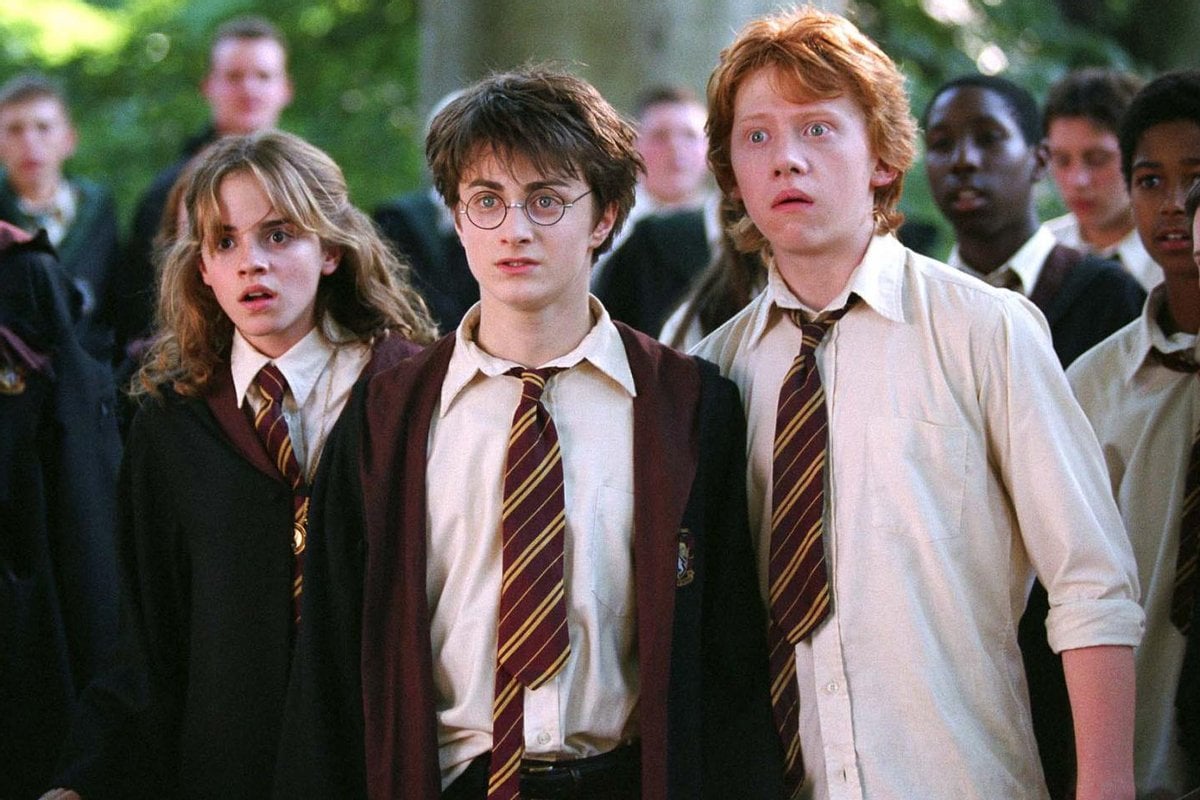 The wizarding world of Harry Potter is full of hidden details and magical secrets. But funnily enough, most of the fascinating stories from the movie franchise happened off-camera.

Including a little-known love triangle, here are 18 facts about the Harry Potter movies that you probably don't know.

But first, let's reminisce. Here's a look back at the success of Harry Potter. Post continues below.

The Harry Potter franchise not only launched the careers for many actors but it also included some well-known names, including Alan Rickman, Ralph Fiennes, Helena Bonham Carter, Emma Thompson and Kenneth Branagh.

But something you might not know is that those final three names were involved in a little-known love triangle.

In 1989, Emma Thompson, who played Professor Trelawny, and Kenneth Branagh, who played Gilderoy Lockhart, got married. 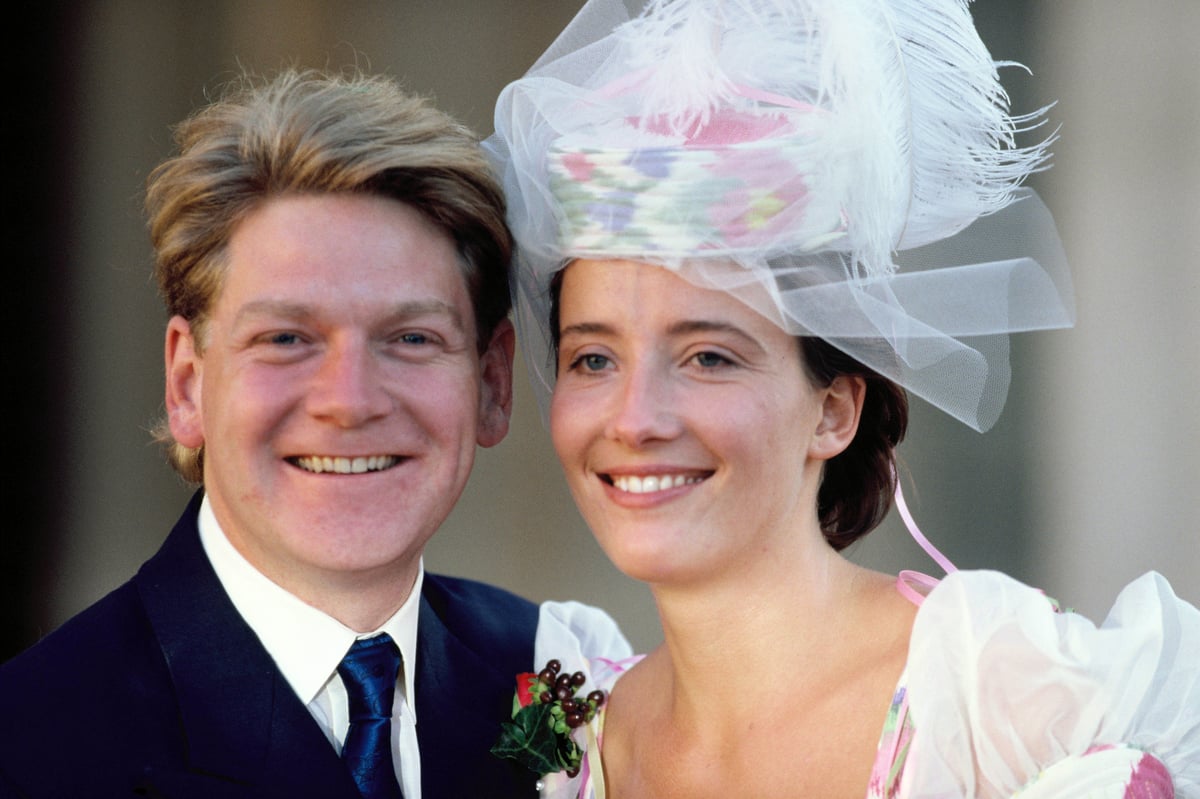 Emma Thompson and Kenneth Branagh at their wedding in 1989. Image: Getty.

They quickly became a beloved celebrity couple and were commonly referred to as "Ken and Em".

While playing on-screen love interests, the co-stars fell in love in real life.

Thompson found out about the affair and divorced Branagh in 1995. 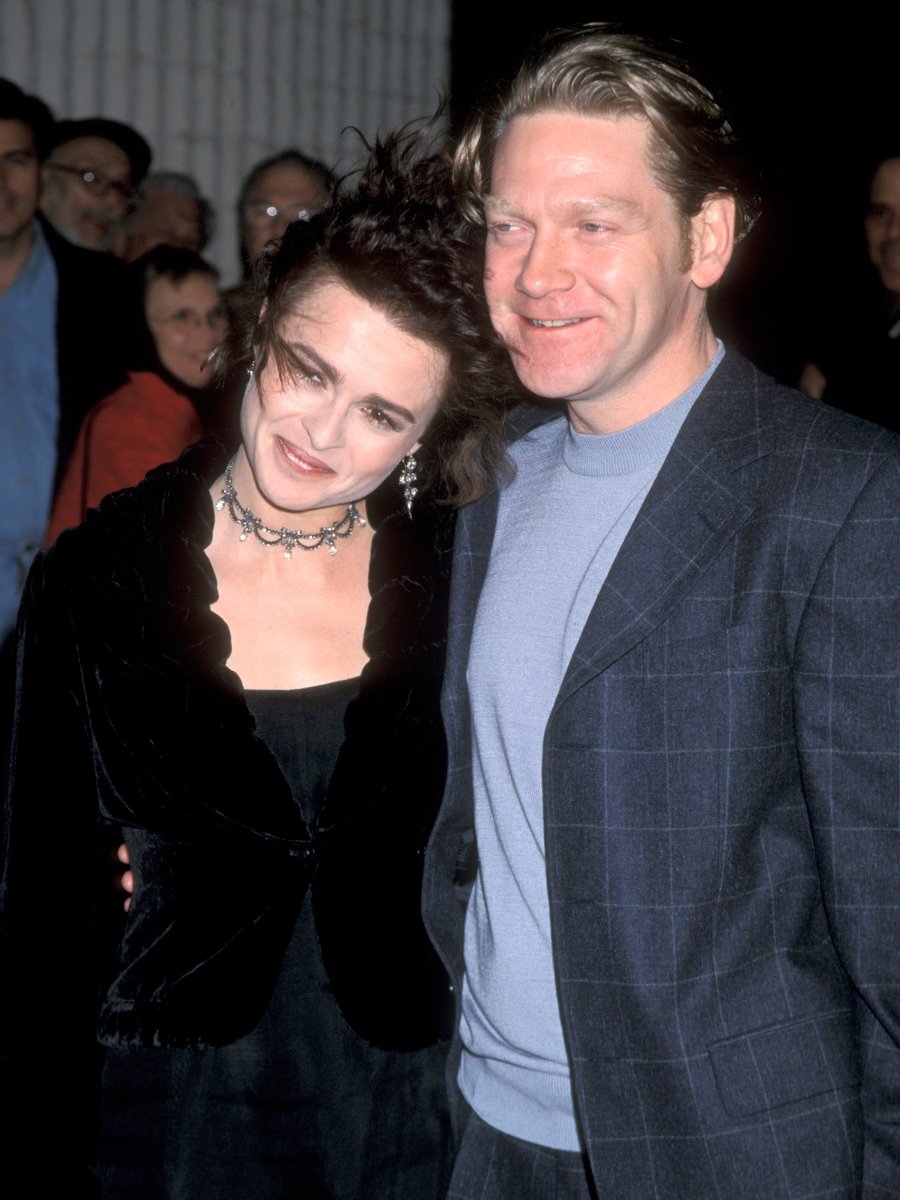 Fun fact: Thompson channelled this heartbreak when filming Love Actually. In the film, she suspects her husband (Alan Rickman, who played Snape in Harry Potter) is being unfaithful.

"I had my heart very badly broken by Ken. So I knew what it was like to find the necklace that wasn't meant for me. Well, it wasn't exactly that, but we've all been through it," she told The Telegraph.

"I've had so much bloody practice at crying in a bedroom, then having to go out and be cheerful, gathering up the pieces of my heart and putting them in a drawer," she continued.

But years later, Thompson has made peace with the affair.

"You can't hold on to anything like that," she said. "It's pointless. I haven't got the energy for it."

She even acknowledged how similar she is to Helena Bonham Carter.

"Oh, we are. Being slightly mad and a bit fashion-challenged. Perhaps that's why Ken loved us both. She's a wonderful woman, Helena," Thompson said.

2. The child actors needed teeth made.

In a 2019 interview, Daniel Radcliffe shared that the younger kids on set had to get a cast of their teeth made in case they lost any teeth. If it happened during filming, they would pop a fake one in to cover it up.

"You've got a set full of 20 10 year olds so they would cast everyone's mouths," Radcliffe told The Hollywood Reporter.

The casting team for the first film travelled to primary schools across Britain to find the actress who would play Hermione. When they arrived at Emma Watson's school, all the girls were interested in auditioning except her. It was Watson's teacher who persuaded her to audition, and she ended up being the last girl to audition on the day.

One of the biggest undertakings when creating the films was to teach the owls how to carry letters. After months of training, the production team were able to get the owls to successfully carry them to the actors.

5. Every Hogwarts acceptance letter for Harry was handwritten... twice.

Remember all those Hogwarts acceptance letters that Harry received? Well, the graphics team had to handwrite all of them... twice.

The first batch of letters were too heavy for the owls to carry so they had to individually handwrite all of them again.

The director of the first film, Chris Columbus, wanted to capture the elaborate feasts from the book perfectly so he made sure that all the food was real.

However, under warm production lights the food spoiled easily (and smelled terrible), so in the following films, they froze food and created moulds to avoid that problem. 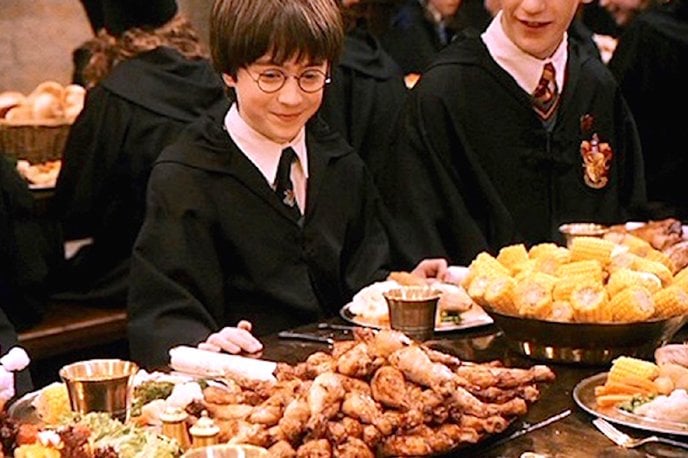 Hugh Grant was originally on board to play the role of the Defence Against the Dark Arts teacher but later had to pull out due to scheduling conflicts with his 2002 rom-com Two Weeks Notice. They also considered Jude Law for the role but he was apparently too young.

Mike Newell, who directed Harry Potter and the Goblet of Fire, didn't know that Rickman did this until he commented on his incredible dark eye colour and Rickman popped out the contact lenses right in front of him! 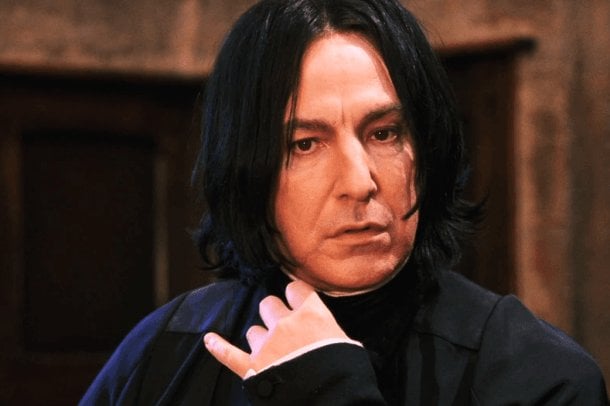 9. Steven Spielberg was set to direct the first film.

Initially, Steven Spielberg was on board to film the first movie, Harry Potter and the Philosopher's Stone. However, after a few months of directing, he dropped out as it wasn't challenging enough. The job was given to Chris Columbus instead.

"I purposely didn't do the Harry Potter movie because for me, that was shooting ducks in a barrel. It's just a slam dunk. It's just like withdrawing a billion dollars and putting it into your personal bank accounts. There's no challenge," he told Page Six.

"I just felt that I wasn't ready to make an all-kids movie and my kids thought I was crazy. And the books were by that time popular, so when I dropped out, I knew it was going to be a phenomenon," he later told Digital Spy.

10. The main characters were given homework.

When the film changed directors for Harry Potter and the Prisoner of Azkaban, new director Alfonso Cuarón gave the three leading actors an assignment. Cuarón told Radcliffe, Watson, and Grint to write an essay about their own characters.

In true character fashion, Watson wrote a 16-page essay about Hermione, Radcliffe wrote one page about Harry, and Grint didn't do the assignment at all.

"It’s quite Ron-ish not to do it," he added. "I think [Cuarón] kind of appreciated that."

11. Over 40 cats were brought in for a photoshoot.

Remember the moving cat photos in Professor Umbridge's pink office? Well, they had a "cat photoshoot" with over 40 kittens to create those plates. 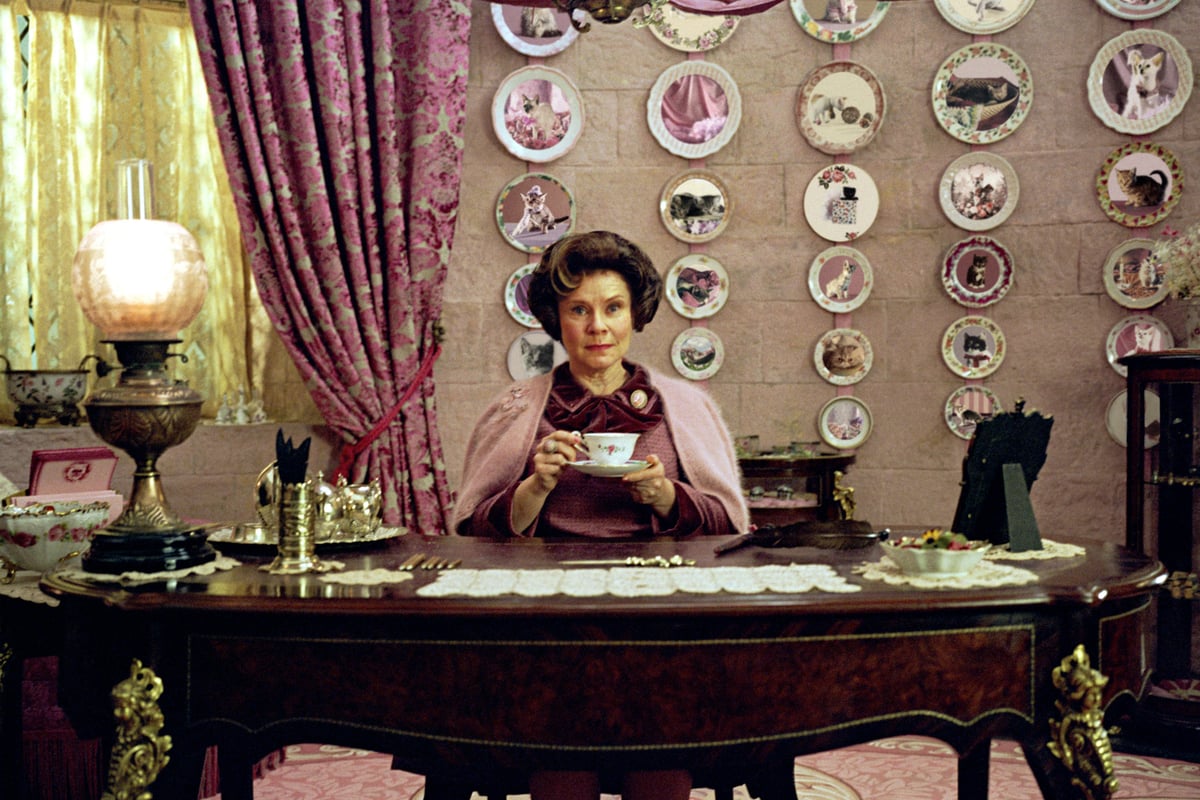 Another family connection! But this time, Bill Weasley and Mad Eye Moody are more closely related. 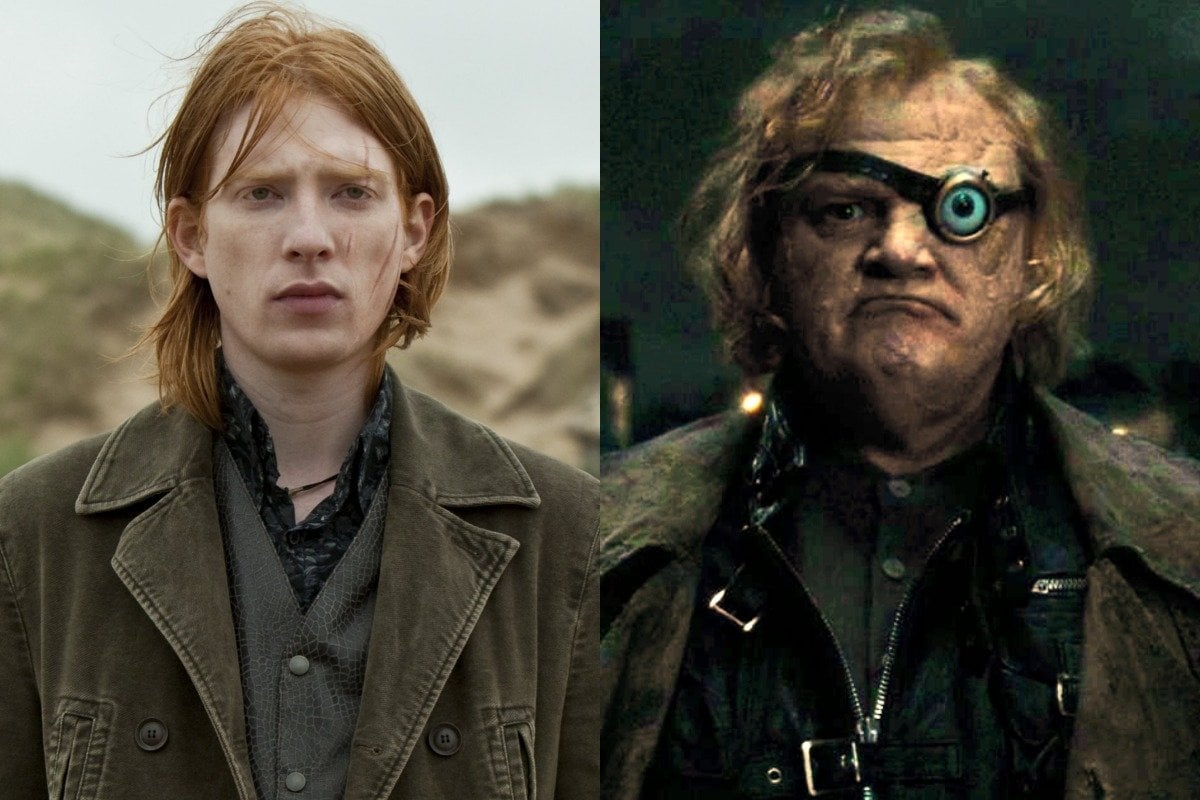 The woman who created the wizarding world almost played Harry Potter's mum. Sharing the news on her website, Rowling explained that she turned down the offer to play Lily Potter as she wasn't cut out to be an actress.

15. Russian lawyers planned to sue to the film.

This one is wild.

Robin Williams was a huge fan of the book series and asked to play the role of Hagrid.

However, one of Rowling's conditions when turning the books into films was that they only used British actors. So sadly, Williams was not allowed to audition.

17. There was an animal production team.

Throughout the films, there were plenty of weird and wonderful animals. Therefore, they needed an entire department to look after them.

18. By the end of the series, Daniel Radcliffe had gone through 160 pairs of glasses.

Honestly, we're not that surprised about this one. 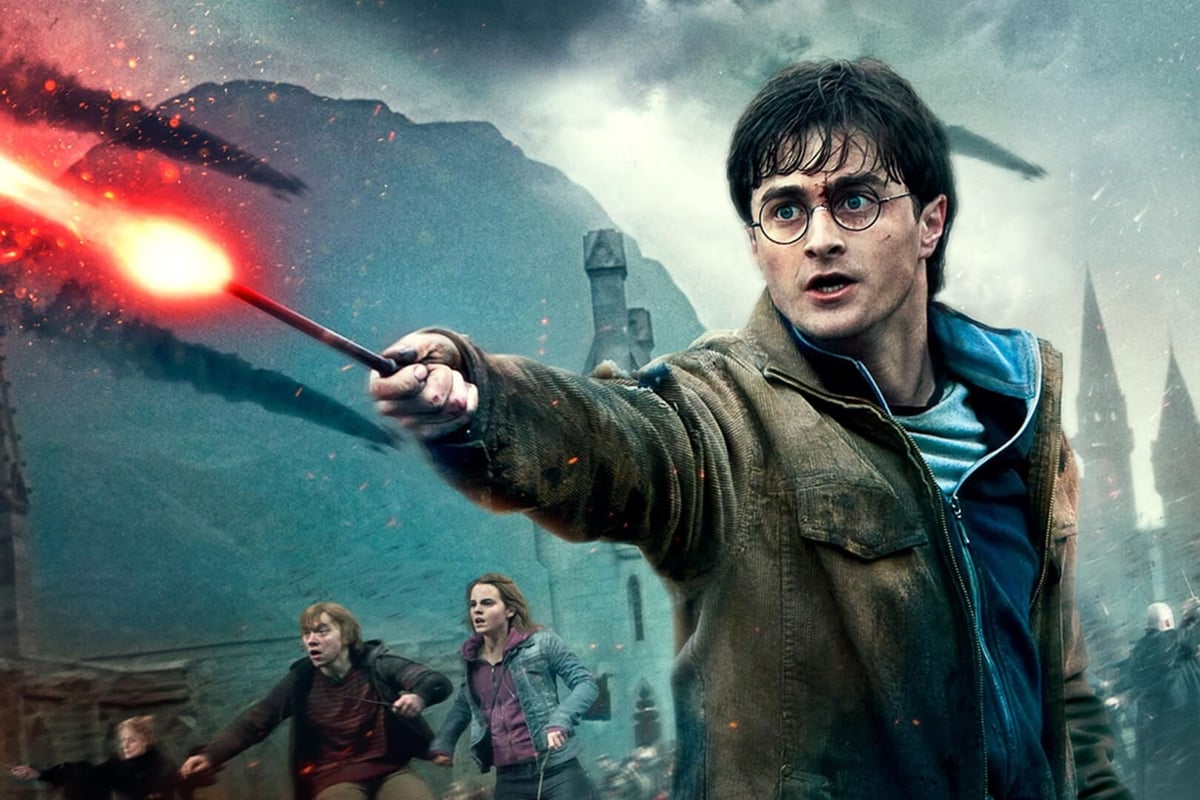