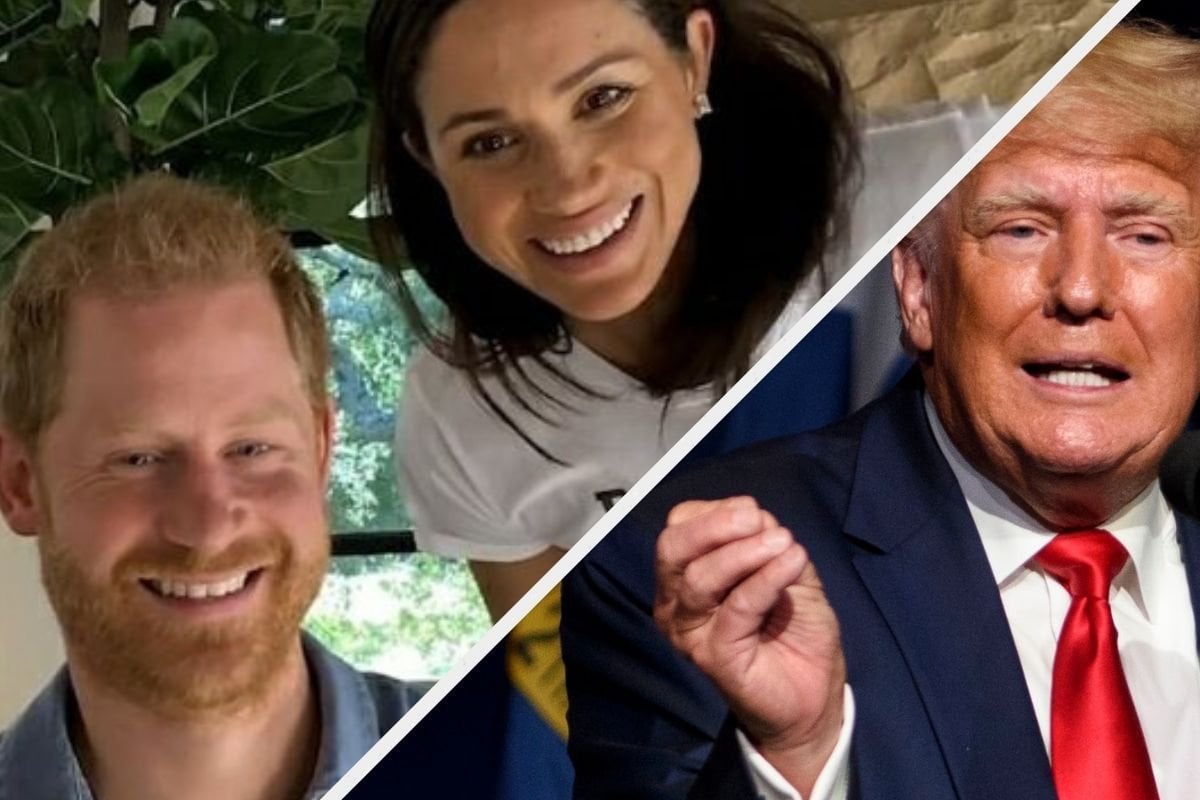 Victoria has reported nine new local cases of COVID-19 as authorities remain confident there is no large unknown outbreak of the Delta variant.

Eleven infections have been detected in the 24 hours to midnight on Sunday, although two were already reported by aged care operator Arcare.

The Arcare Maidstone outbreak has grown to six cases after another resident and a registered nurse tested positive.

The 79-year-old resident, who had both doses of the Pfizer vaccine, was moved to hospital as a precaution.

A first dose had been given to the registered nurse, who last worked at the nursing home on Saturday.

It is unclear whether the latest glut of cases will dent the city's hopes of moving to eased restrictions from Friday.

BREAKING: 9 new cases of COVID in Victoria. Concerns now that Melbourne’s lockdown could be extended.

"Given five per cent of Victorians have been tested in the last seven days, if there was a big outbreak going on I would expect to have picked it up," he told reporters on Sunday.

"That risk does fall over time but we are still concerned about that and that is where all our efforts are going."

Professor Cheng said there was no "magic number" of people getting the jab to avoid future lockdowns, with only two to three per cent of Victorians fully vaccinated.

"Once you get up to much higher coverage rates, then it makes a whole lot of things easier," he said.

Federal Health Minister Greg Hunt on Sunday announced an additional 100,000 vaccines are being made available for Victoria.

The federal government has also extended its suspension of JobSeeker mutual obligation requirements until June 15.

Ten people are now infected with the Delta variant as part of the West Melbourne outbreak, with investigators still unsure how it spread into the community.

Authorities are continuing to comb through genomic sequencing data from across the country for answers.

"We have theories. We're working through those," Prof Cheng said.

More than 1900 primary close contacts of the original Kappa variant-related Whittlesea outbreak were released from isolation on Sunday.

Six train services from Merlynston Station to Flinders Street Station were added to the list of over 350 exposure sites late on Sunday evening.

The second baby for Prince Harry and Meghan is officially here: a healthy girl who arrived on Friday.

Her first name, Lilibet, is a nod to a nickname for her great-grandmother, Queen Elizabeth II. Her middle name honours her grandmother and Harry's mother. The baby is eighth in line to the British throne.

"She is more than we could have ever imagined, and we remain grateful for the love and prayers we've felt from across the globe. Thank you for your continued kindness and support during this very special time for our family," the couple, also known as the Duke and Duchess of Sussex, wrote in a statement issued along with the announcement.

Read more: "More than we could have ever imagined." Meghan Markle and Prince Harry have welcomed their second child.

No photos of the newborn or the Sussexes accompanied the announcement. The couple has said that in lieu of gifts, they request those interested learn about or support nonprofit organisations working for women and girls like Girls Inc., Harvest Home, CAMFED or Myna Mahila Foundation.

Harry and Meghan Markle - formerly an actor - married at Windsor Castle in May 2018. Their son Archie Harrison Mountbatten-Windsor was born a year later.

The Queen, Prince Charles, Prince William and his wife Kate are delighted with the news of the birth, Buckingham Palace said in a statement.

We are all delighted by the happy news of the arrival of baby Lili.

Congratulations to Harry, Meghan and Archie.

— The Duke and Duchess of Cambridge (@KensingtonRoyal) June 6, 2021

Australia's vaccination rollout reached a new milestone over the weekend with over five million injections now completed, as the political bickering over quarantine facilities rolled on.

Federal Health Minister Greg Hunt said a record 88,000 Australians were vaccinated on Saturday, which meant that in just six days, 772,750 were completed, also a record.

"We have seen the vaccine program is accelerating," Mr Hunt told reporters in Melbourne on Sunday.

"As supply becomes available, the public is stepping up and doing their part of the job."

The minister also announced an additional 100,000 vaccines are being made available for Victoria, which remains in a 14-day lockdown due to end on Thursday.

Meantime, the latest Newspoll survey shows the coalition has drawn level with Labor on a two-party preferred basis for the first time in months but support for Prime Minister Scott Morrison has dropped.

Morrison's approval rating dropped sharply from 58 per cent in mid-May to 54 per cent, as Victoria's latest virus outbreak highlighted deficiencies in the vaccine rollout.

Meanwhile, the parties are locked at 50-50 on a two-party preferred basis with support for the coalition up from 49 per cent in May, according to the latest Newspoll published in Monday's edition of The Australian newspaper.

The last time the parties were deadlocked was in February.

Support for the major parties was unchanged on a primary vote basis however, and the coalition still leads Labor 41-36.

The coalition's boost in the two-party preferred vote was attributed to a shift in support for minor parties. Backing for the Greens dropped a percentage point to 11, while One Nation's primary vote rose from 2 to 3 per cent.

The survey of 1516 voters was conducted between June 2-5.

Alleged drug smuggling by criminals who are reportedly infiltrating Australian airlines and airports has prompted federal Labor to call for an urgent security review.

For the first time, #60Mins can reveal that there are sixteen Australian Priority Organisation Targets. Nine of those are members of a new criminal organisation the ACIC has dubbed ‘the Aussie Cartel’. pic.twitter.com/aSGVE8hbMM

The allegations include that a Comanchero bikie gang affiliate is working as a Qantas manager at Sydney Airport, recruiting criminals to help import narcotics.

"Given we follow all of the government's vetting procedures, we find these claims disturbing," Qantas chief security officer Luke Bramah told Nine, adding that the airline hadn't been made aware of any investigations of employees linked to organised crime.

Following the reports, Labor highlighted that it had been 15 years since a review of airport security.

"It is highly disturbing that the Australian Criminal Intelligence Commission ... has revealed ... federal law enforcement officials and dozens of Qantas employees might be facilitating the entry of drugs into Australia," Labor spokeswomen Kristina Keneally and Catherine King said in a joint statement.

"The combination of these revelations and the challenges of COVID-19 mean that it's now time for a new independent review.

Doctors are concerned Medicare rebate changes for some private surgery procedures will create "chaos" for patients.

The changes under the Medicare Benefits Schedule will affect orthopaedic, general and heart surgery and come into effect on July 1.

More than 900 MBS items will be affected but the Australian Medical Association says a lack of detail has been provided to doctors and health funds, said Omar Khorshid said on Sunday.

The federal government established a task force to assess the rebates as part of the most thorough review of Medicare in 30 years. It said the task force had consulted widely and received feedback from thousands of stakeholders.

Dr Khorsid said the first tranche of MBS changes in 2018 had created uncertainty for doctors and patients because private health insurers didn't have their schedules updated in time.

"Patients were left out of pocket, spinal surgeries were delayed, and doctors couldn't provide patients with informed financial consent about potential gap fees," he said.

"More than two years later, we are facing the same problems but with more than ten-fold the volume and complexity.

"We simply don't know what the rebates from funds will be, as they haven't had the time to prepare and release them in advance - including for surgeries already booked for next month."

A man has been refused bail after a woman was found with multiple stab wounds inside a Sydney unit block.

The 45-year-old woman is fighting for life after the alleged domestic violence-related assault at Surry Hills in inner Sydney.

She was discovered injured at the bottom of a staircase in the Goodlet Street unit block on Saturday morning.

Paramedics moved her to St Vincent's Hospital for treatment on stab wounds to her back and leg, internal injuries and multiple facial fractures.

She remains in critical condition.

The Waterloo man did not apply for bail and it was formally refused during the brief hearing.

He is due to next face court on August 10.

Former President Donald Trump has sharply attacked US infectious disease expert Anthony Fauci over his handling of the coronavirus pandemic, demanded reparations from China and denounced an investigation into his finances.

Speaking on Saturday in Greenville, North Carolina, at the state's Republican Party convention, Trump joined a chorus of Republican politicians who are criticising Fauci for asking Americans to wear masks to guard against the virus and who at times has been sceptical of a theory that the virus escaped from a laboratory in Wuhan, China.

Trump called Fauci "not a great doctor but a great promoter" for his frequent television appearances.

Trump's appearance had all the hallmarks of his signature campaign rallies complete with a musical playlist heavy on Elton John standards.

Trump said a criminal investigation launched by the New York attorney-general's office is "the ultimate fishing expedition," and said it was the latest attempt by Democrats to bring him down after two impeachment sagas when he was president.

"It's been a five-year witch hunt, hoax after hoax," Trump said.

- Serena Williams' bid for a record-equalling 24th grand slam singles title continues after she was beaten by an inspired Elena Rybakina at the French Open.

- British Prime Minister Boris Johnson will urge G7 leaders during a meeting on Friday, to "defeat COVID" by vaccinating the world by the end of 2022, as he pushes for a global watch system to catch new variants before they can plunge countries back into lockdown.

- David Dushman, the last surviving Allied soldier involved in the liberation of Auschwitz, has died. He was 98.

Reply
Upvote
3 upvotes
And so begins the decimation of Medicare by the Conservatives, who will have us under an American style user-pays system before we know it. It was the Whitlam and Hawke governments who set up Medicare. It will be the Conservatives who break it apart, if we let them. User-paid health care serves the rich only.
News
General
Opinion
True Crime
Politics
Sport
Explainer
Entertainment
Celebrity
Reality TV
Movies
TV
Books
Rogue
Royal
Lifestyle
Beauty
Fashion
Weddings
Home
Wellness
Health
Fitness
Travel
Food
Parents
Before The Bump
Pregnancy
Baby
Kids
Teens
School
Parent Opinion
Work & Money
Money
Finance
Career
Lady Startup
Relationships
Sex
Dating
Separation
Friendship
Family
Real Life
Couples