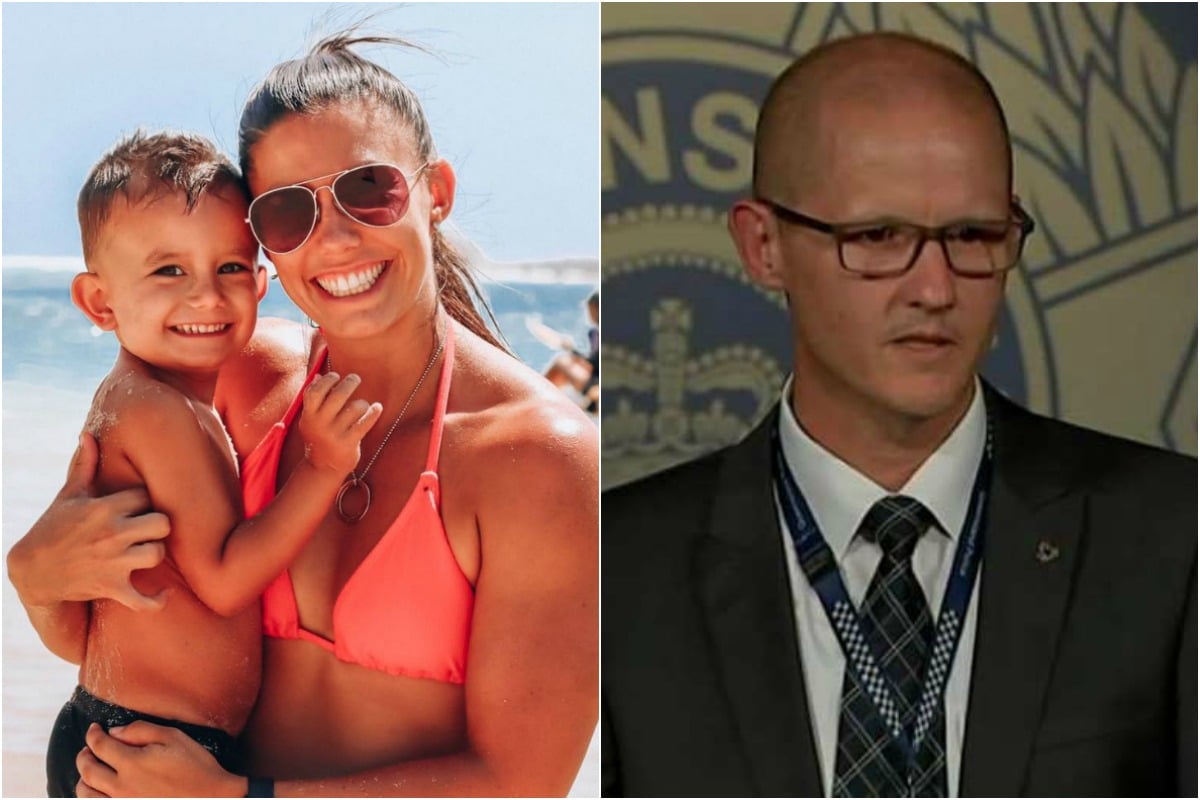 1. Outrage over detective’s comment in Brisbane family murder: “Is it an instance of a husband being driven too far by issues that he’s suffered?”

Queensland Detective Inspector Mark Thompson was holding a press conference about the deaths of Hannah Clarke and her three children, allegedly at the hands of their father, Rowan Baxter, when he told the room that it was his job to keep an “open mind.”

“We need to look at every piece of information and, to put it bluntly, there are probably people out there in the community that are deciding which side, so to speak, to take in this investigation.

“Is this an issue of a woman suffering significant domestic violence, and her and her children perishing at the hands of the husband?

“Or is it an instance of a husband being driven too far by issues that he’s suffered by certain circumstances into committing acts of this form?” he said.

Hannah and her children – Aaliyah, 6, Laianah, 4 and Trey, 3  – were burnt alive in their car on Wednesday morning. The kids died at the scene, and their mum died later that evening from her injuries.

Politicians, journalists, and domestic violence campaigners expressed their shock at the detective's comments.

"For police to be buying into that kind of rhetoric is very concerning. It’s giving legitimacy to what has occurred, it’s victim blaming," chief executive of the Women’s Legal Service Queensland, Angela Lynch told The Guardian.

Keeping an ‘open mind’ about reports the perpetrator was ‘driven too far’. Jesus Christ Almighty. We don’t fumble about like this when terrorists kill - why does family violence bring out the hand-wringers for killers of women and kids? https://t.co/97BubaqptC

What is meant by 'a man driven too far' as a potential explanation for murdering a woman and three children?
I am trying to keep an open mind about the QLD police's need to keep an open mind, but that statement is really testing me.#HannahBaxter #HannahClarke

Dear @QldPolice
There is no justification for the brutal murder of 3 children in a car fire. No one is "driven to" setting their children alight. Any members of QPS seen not to condemn this evil behaviour will be seen to be excusing it. There is no "open mind" on murder!

Police Commissioner Katarina Carroll has apologised on Thompson's behalf for the comments saying he's "gutted at the phrasing he used."

Police are urging anyone who knew the Baxter family dynamic to come forward as they investigate the brutal killing. Hannah left her husband late last year, and had been living with her parents.

Police had received several reports of domestic violence within the family over several months before Wednesday's attack.

READ: Hannah Clarke had to leave her relationship. But like so many women, she still wasn't safe.

2. Driver and worker killed after XPT train from Sydney to Melbourne derails.

A train driver and another worker have been killed in a terrifying train derailment north of Melbourne.

Authorities say it's a miracle more people weren't killed when the Sydney to Melbourne XPT diesel locomotive and five carriages came off tracks near Wallan Station, 45km north of the city last night.

There were 153 passengers on board.

A man in his 60s was taken to the Royal Melbourne Hospital in a stable condition with an upper body injury while 11 others were taken to local hospitals with minor injuries.

The engine and the first carriage off the train tipped onto their sides while others leaned off the wrecked tracks.

About 20 people remain unaccounted for and police have asked people who left the scene without speaking to emergency services, or who bought tickets but didn't board the train, to get in touch.

A Sydney couple who were on their way to visit their son in Melbourne said the crash and its aftermath were terrifying. They've cancelled their return trip.

"You just hang on for grim death. You're being thrown around, the thing's going along tilting over and you look out the window and just see dirt and debris and stuff flying up past the windows and the track itself is just twisted and bent," the man said.

"It probably went about 150 metres before it stopped, there were carriages going sideways - pretty horrifying."

A crime scene has been established. Investigations have begun and will involve the National Rail Safety Regulator, Australian Transport Safety Bureau and WorkSafe and are expected to take some time.

It could be days before the trains can be removed from the tracks, which also sustained significant damage.

3. Nine-year-old Quaden Bayles to lead Indigenous All Stars onto the field, after bullying video goes viral.

Quaden Bayles, 9, has achondroplasia - the most common form of dwarfism - and has experienced horrific schoolyard bullying.

On Wednesday, his mother Yarraka Bayles posted a heartbreaking video on Facebook calling out the bullying as her son cried and spoke about wanting to harm himself.

"We try to be as strong as positive as possible and only share the highlights... but this is how bullying affects a nine-year-old kid," says Yarraka through tears in the background.

The video has been viewed nearly 5 million times and the family have been inundated with messages of support, with the Indigenous All Stars NRL team going one step further - asking Quaden (who is a huge fan of theirs) to lead them onto the field this weekend when they play the Kiwis on the Gold Coast.

The Indigenous #NRLAllStars have invited 9-year-old Quaden Bayles, a victim of bullying, to lead them out this Saturday night ❤️

"Hey Quadey... Just wanted to wish you all the best brother, we know you're going through a hard time right now but the boys are here," says Latrell Mitchell in a video message, surrounded by the team.

"We've got your back, we're here to support you bud. We just want to make sure you're doing alright.

"We want you around, we want you to lead us down on the weekend. It's going to mean more to us than it will to you bud.

"Just make sure you're looking after yourself and hopefully we get to see you in the next couple of days."

I've listened to what he said a couple of times and he phrased it horribly. What he was trying to do is point out the kinds of comments being made in the community and urging those commenters to come forward to police. Victim blaming is not the stance the police are taking - he was referring to victim blamers in the community. Even if they are idiots who are siding with the murderer the police still want to hear from them.

So now we're saying to women experiencing domestic violence: "why don't you just leave?" but also "Don't 'drive' him to murder you by leaving" ...?