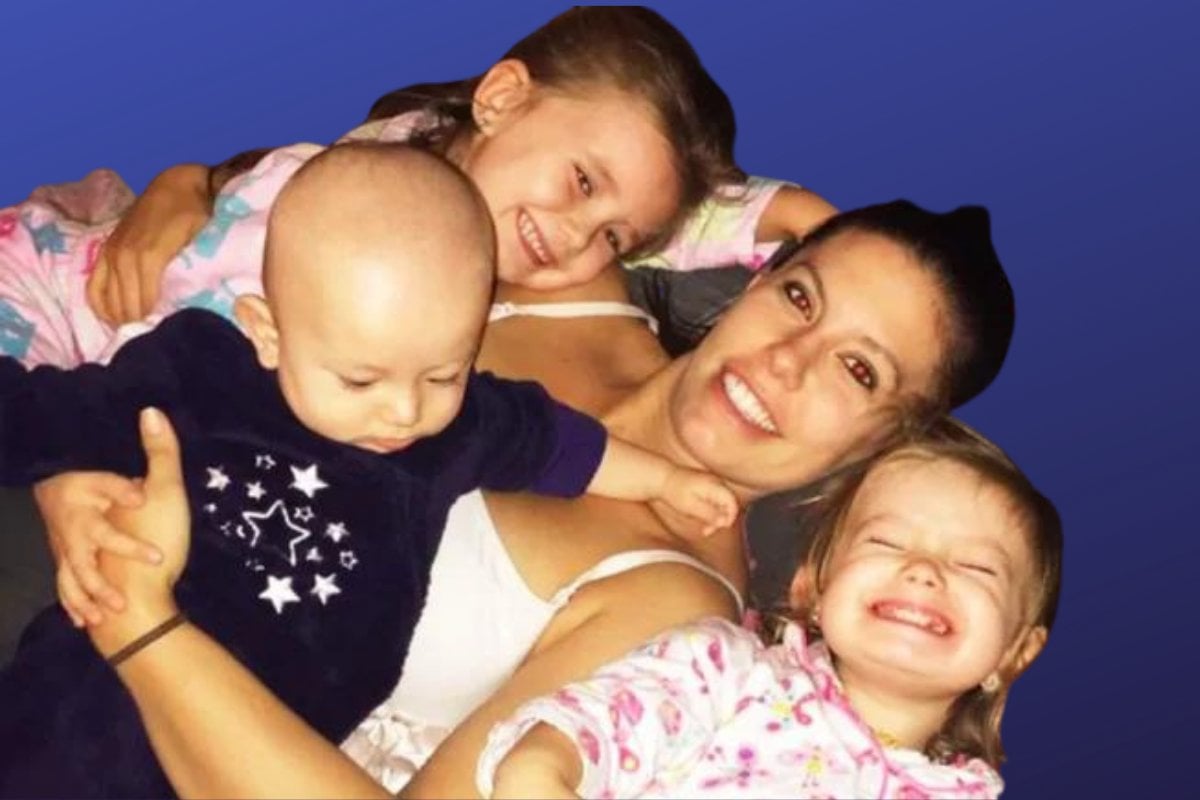 Listen to this story being read by Adrienne Tam, here.

Warning: This post deals with domestic violence and distressing details that may be triggering for some readers.

Even in her dying moments, in the face of absolute horror, Hannah Clarke was brave.

Minutes earlier, she and her three young children had been doused in petrol and set on fire by her ex-husband. I won't name him in this piece because he doesn't deserve to be remembered.

As she lay on the side of the road, in tremendous agony from third-degree burns to 97 per cent of her body, Clarke gave a clear and compelling testimony to police. She told them what had happened. She told them who did it. It was the same thing she'd said to witnesses before the police arrived on the scene.

She did not want to leave this world without speaking her truth.

Reportedly, she knew her children were dead as she lay there.

Her last words were, "It's getting worse," referring to the pain.

It's difficult to imagine the physical and mental anguish Clarke went through before she died on that sunny day in February 2020. Or in the years prior. But we must imagine it. We must be aware of what happened, how it happened, and why.

Because when it comes to domestic violence, we cannot shy away from the details, even if they haunt us.

We have to be brave. Brave like Hannah Clarke.

Watch this video on Women and Violence: The hidden numbers. Story continues below.

After nine days of harrowing testimony, the inquest into Clarke and her children's deaths closed yesterday. The findings will not be released until June. Yet, given what we have heard so far, it's astounding that the numerous red flags raised after Clarke left her ex-husband were not enough for the authorities to place more severe penalties against him.

Hannah Clarke was brave. Despite her fear of what might happen next, she left with her kids. And the systems failed them.

During the inquest, it was revealed that the perpetrator showed 29 out of 39 lethality indicators of domestic violence.

That he kidnapped one of the children and that the kids were scared of him, sometimes crying because they didn't want to spend time with him as per the custody agreement.

That Clarke's best friend told police days before her death that her ex-husband would hurt or kill her.

That Clarke had a Domestic Violence Order (DVO) against him and that she told authorities she was scared he would hurt her and the children.

That a senior constable, who was trying to put together a case for a permanent DVO, knew how terrified Clarke was but could not do anything further to help.

That Clarke told support workers she was choked during sex with him.

That a psychologist gave him a 'glowing endorsement' saying she had no concerns about his mental health, even though she knew he could be faking it so that he would be able to gain access to the kids.

The Queensland Police Union president admitted many frontline police responding to domestic violence calls were junior officers who had the least training and experience - even though domestic and family violence is the most prevalent call for service in policing in the state - and an epidemic in this country right now.

The frightening, horrifying, and infuriating truth is that Clarke did everything right - everything a domestic violence victim is "supposed to do" - and still she and her children were murdered by a man who they should have been protected from.

As counsel assisting the coroner Jacoba Brasch put it, Clarke really was "the walking dead" the moment she asserted her independence and left her husband. There were many opportunities for intervention. Every one of them was missed.

At Mamamia, we don't want to keep writing these stories.

It is only the first of April and already 14 women have been killed by violence in Australia so far this year.

What will it take for real change to happen? How many more Hannah Clarkes will there be?

Clarke's mother Sue summed it up best: "Why does it take the murder of four beautiful souls - and dozens of others every year - before governments respond?"

Hannah Clarke was brave beyond belief. It's time those in charge showed just an ounce of her strength.