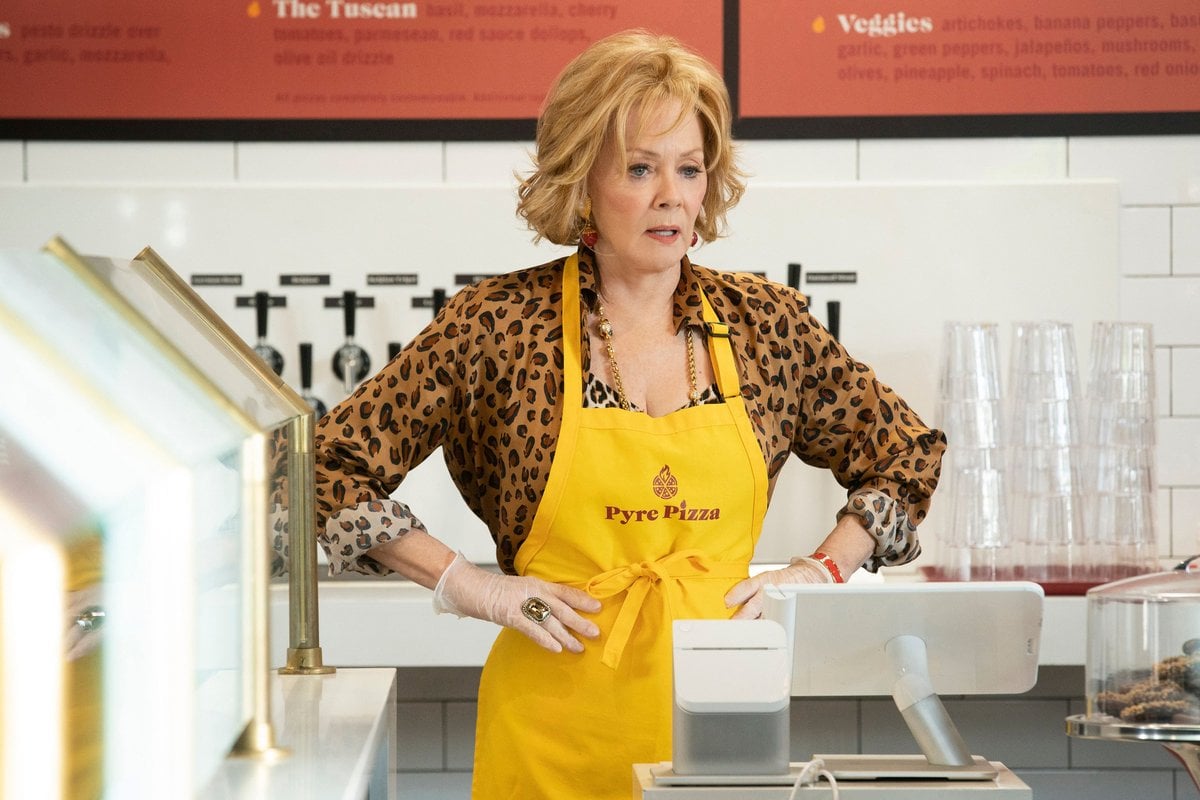 Thanks to a swell of critical acclaim and slew of award nominations, Hacks on Stan is the show everyone is talking about.

Deborah wants to retain her spot on stage, but is struggling to create new material.

Deborah and Ava are then brought together by their mutual agent, Jimmy (Paul W. Downs) and it's safe to say that their fiery work relationship, as two women from different eras of comedy, makes for spectacular television.

In celebration of the show's multiple Emmy nominations, here are four surprising things you didn't know about Hacks on Stan, the show everyone is talking about.

Listen to WATCH CLUB: The Story Behind Hacks Will Blow You Away. Post continues below.

1. One of the lead actresses had never acted before landing her role on Hacks.

One of the major drawcards of Hacks is Hannah Einbinder as Ava Daniels, in a performance that's emotionally harrowing and sharply funny.

Hannah brings such nuance to the character of Ava that it's hard to believe Hacks is the 26-year-old's first ever acting role. The role even scored her an Emmy nomination.

Before landing the role, Hannah was a successful stand-up comedian and comes from a showbiz family.

She is the daughter of founding Saturday Night Live cast member Laraine Newman and comedy writer Chad Einbinder, and while she's been on the audition circuit for a while, Ava was the first role she read for that truly felt like it should be hers.

Hannah credits her incredible on-screen chemistry with Jean Smart to a phone call that took place between the two women the night before the audition.

"The night before the audition, she called me at like 10.45," Hannah told Vanity Fair. "She’s really such a chill woman. She said, 'I watched your stand-up and I think you’re really great. I know tomorrow, with COVID precautions, it may feel weird, but I wanted to let you know I think we’re going to have a lot of fun.'"

2. The series is inspired by the antics of an iconic Hollywood leading lady.

Jean Smart has confirmed that her character was inspired by a number of stand-up comedy legends including Paula Poundstone, Elayne Boosler and Joan Rivers.

However, after watching the series, fans and critics alike have noticed the most similarities to American comedian, actress and television host Joan Rivers, who passed away in 2014.

"I really love Joan Rivers' stuff," Jean Smart told Variety. "People don’t realise how incredible she was. They think of her more when she’s on the red carpet and insulting people. And that’s not the way I think about it."

Just as Deborah Vance does in Hacks, Joan Rivers also had her makeup professionally done before she started the day and never turned down a job just because others thought it was beneath her, as Deborah says in Hacks when she turns up to open a pizza parlour and shrugs off criticism saying "a gig is a gig".

Joan Rivers was also renowned for keeping every joke she had ever made on file. She had an alphabetised index card system to keep track of all her material and would frequently go back to it as needed when she was preparing to perform.

In a similar vein, in Hacks we see Ava in Deborah’s basement which is filled with boxes of videos of old performances, press clippings and every one of the 30,000 jokes she had written in her long career.

Take a look at the trailer for Hacks on Stan.

3. The critically acclaimed series has 'upset' the Emmy Awards race, becoming the frontrunner to win the major categories.

Many of the comedy categories at this year's Emmys seemed locked and loaded before Hacks appeared on the scene.

Even as a first-year comedy, Hacks scored an impressive 15 nominations, making it the second-most nominated comedy series after Ted Lasso.

4. One of the Hacks creators also has a starring role in the series.

In Hacks, Paul W. Downs, an actor best known for starring in Broad City, plays Jimmy, Deborah and Ava's joint manager who is responsible for bringing the two women together.

Paul, along with Lucia Aniello and Jen Statsky, is the creator and executive producer of the critically acclaimed series, which has already been renewed for a second season.

All episodes of Hacks are available to watch now, only on Stan.