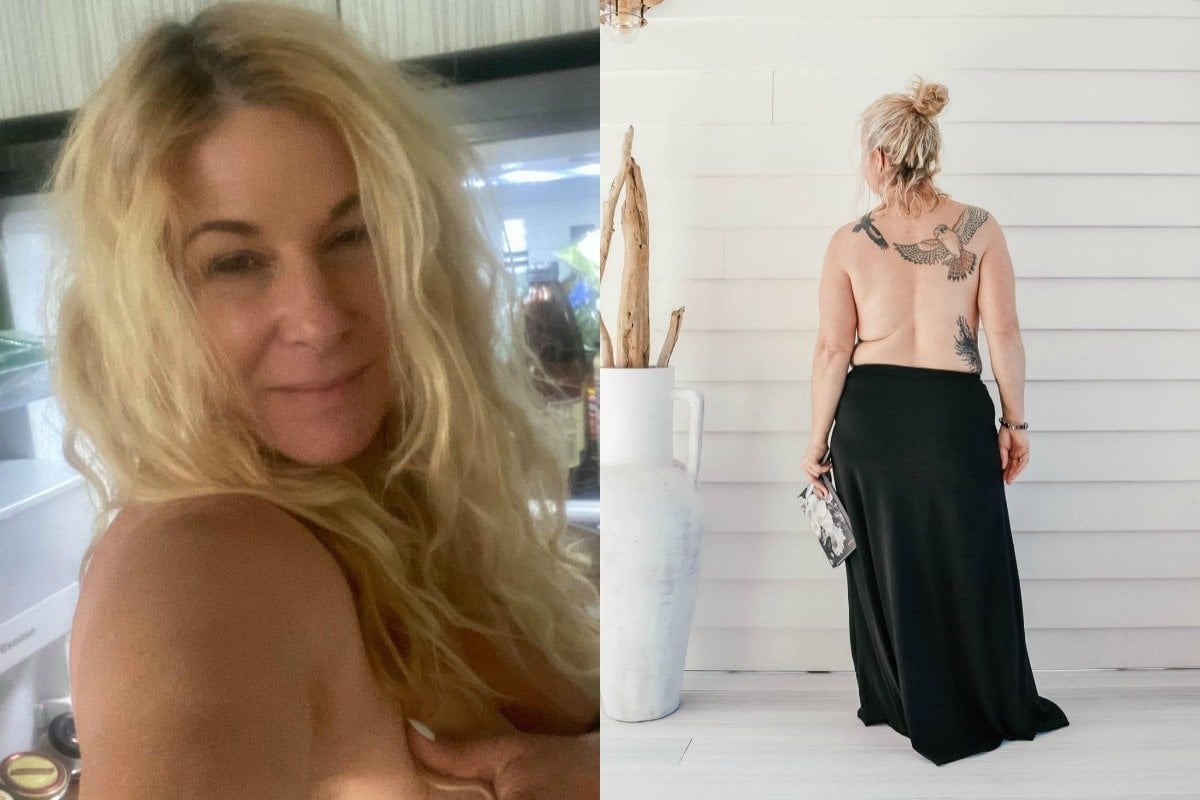 I love Gwyneth Paltrow. Her joyous celebration of her physicality, whether through her $75 ‘This Smells Like My Vagina’ candle or her recent nude selfie shared on Instagram for her 48th birthday, gives women permission to enjoy the skin they are in.

Especially older women. Being naked and sharing who we are no matter what our age can be a feminist act.

So I asked my women friends to send me a nude selfie and tell me what they loved about their naked bodies.

I was a bit nervous that they might be offended, but it was like they were just sitting there naked with an iPhone waiting to press send.

Receiving the pictures and quotes from my friends was the most wonderful gift. Every time my phone pinged I got excited! Another nude selfie. The more I looked at these beautiful women and basked in their radiant confidence, the more I experienced a sense of love about my own body. 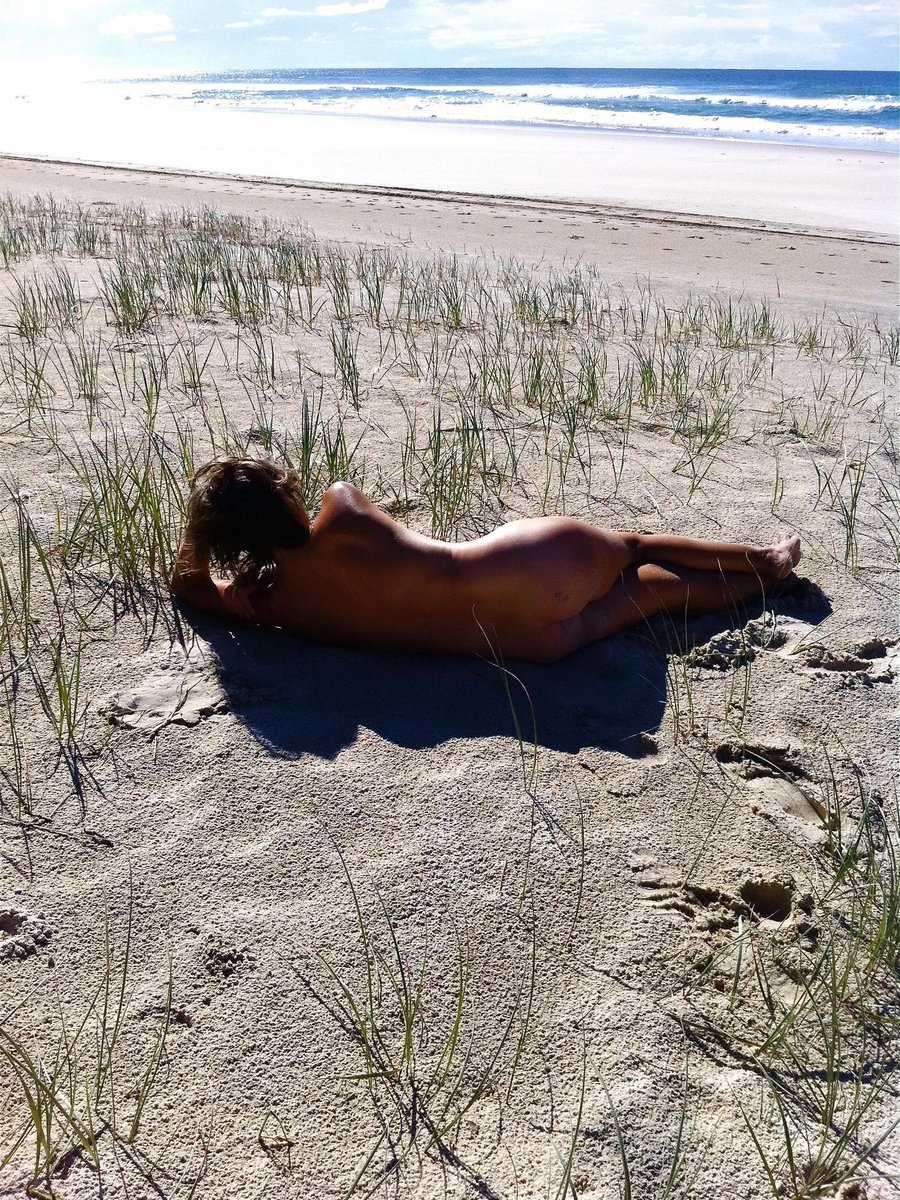 Di, 67. "I have always loved my body - warts and all - because those are the cards I was dealt and I can’t change it. As my wise father used to say - love yourself because many who are less fortunate would give their eye teeth to be you." Image: Supplied. Look at these bodies who have borne babies, who have experienced pleasure, who have climbed mountains, swum in the sea, who have loved and been loved in return, who have survived loss.

These are our warrior bodies. Our goddess bodies. Our wonderfully ordinary ageing bodies. 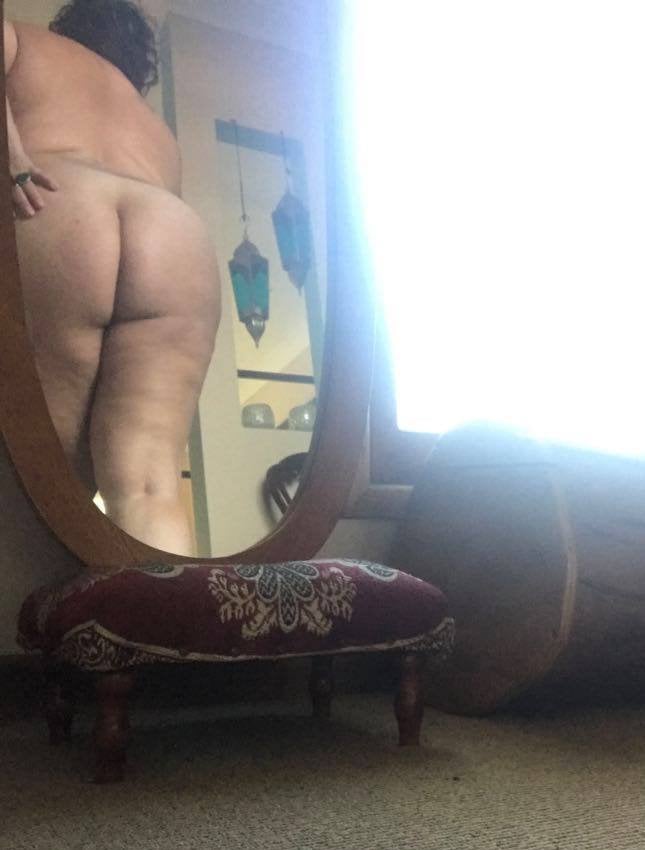 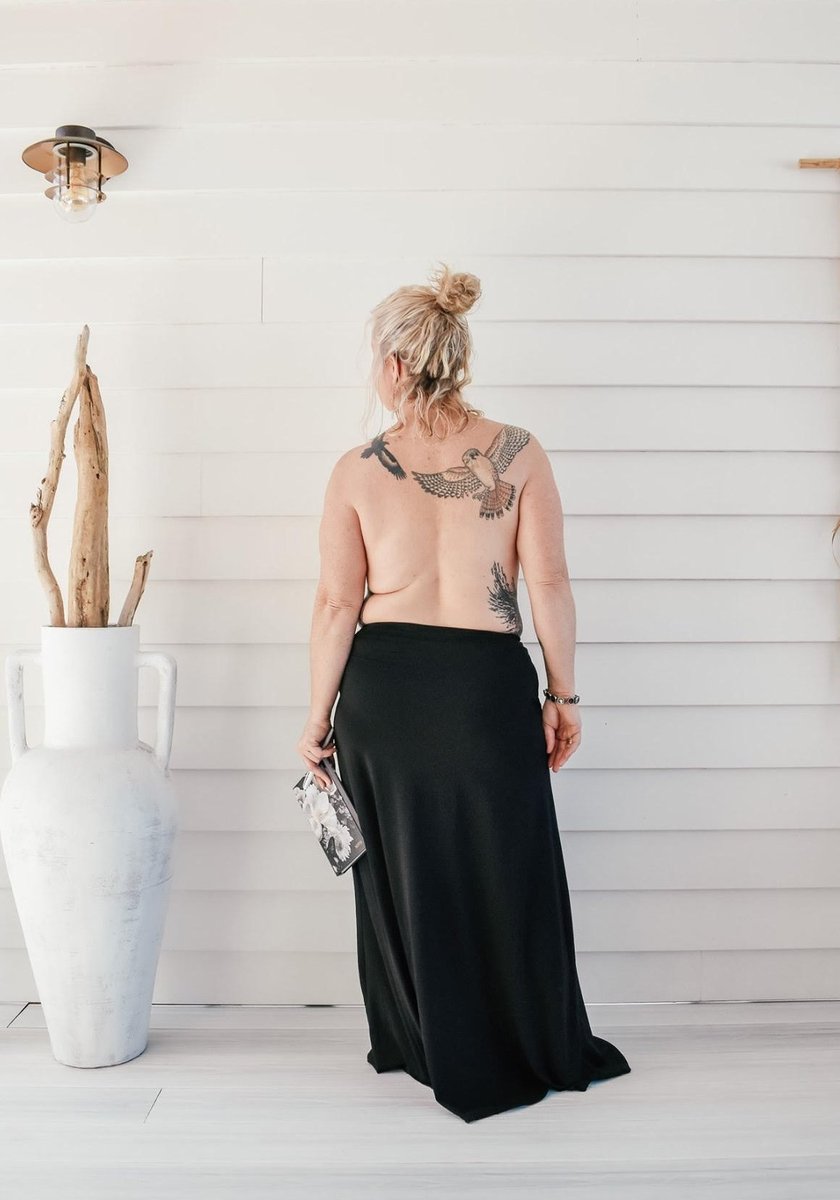 There is a prejudice that older women’s bodies are disgusting. That they’re wrong, or should be hidden. Cheeky sexy pics are for the under 30’s.

There is a sense that when you are a mum, especially when you are a mother of grown children, that all photos and images of you should be taken fully clothed. You holding your niece’s baby at a family barbecue, you at your son’s graduation, you on your birthday looking forlornly through the raging fire of candles on your cake.

The images that we curate of ourselves are sensible. They start to lose their sense of play. The images society is comfortable with are same. It’s why you don’t see half naked 50-year-olds on billboards advertising bras. I mean who wants to see a half nude old lady? Actually, I do. And I think lots of us do too.

There is something about Gwyneth’s nude selfie that was simply delicious.

In nothing but my birthday suit today... thank you all so much for the birthday wishes and thank you to @goop ‘s insanely amazing brand new body butter for making me think I can still get my kit off. 💙 #goopgenes

She is in her garden standing in the sunshine. She is completely unadorned. She is smiling a real smile. Yes, she has a beautiful body – but the photo communicates more than that.

It is the photo of a woman who has self acceptance. There is no shame. A naked woman who loves herself sends a powerful message to her sisters: don’t just look at me, stand with me.

As younger women so many of us lived in the cold shadows of self loathing. Looking at our bodies as some sort of scorecard where we no longer were whole, but fragmented into parts where we liked one bit and hated another.

We always focused on our deficits. Decided what we would improve, which bit we should hide. We tortured ourselves with gruelling exercise programs and ate so many apples on the Israeli army diet we couldn’t face another apple for a decade.

We worried about our jiggly tummies when we made love. We had sex with the lights off. Under the doona.

As women our struggle has not just been with the patriarchy, it has been with bodies.

Pre-Gwyn, my cousin Lisa sent me a nude selfie. It was a Friday afternoon and she was waiting for her husband of 30-plus years to return from the week-long work conference he had been at.

She sent me a pic of what she was wearing when she greeted him at the door with two martinis. She was wearing an apron, and nothing else! 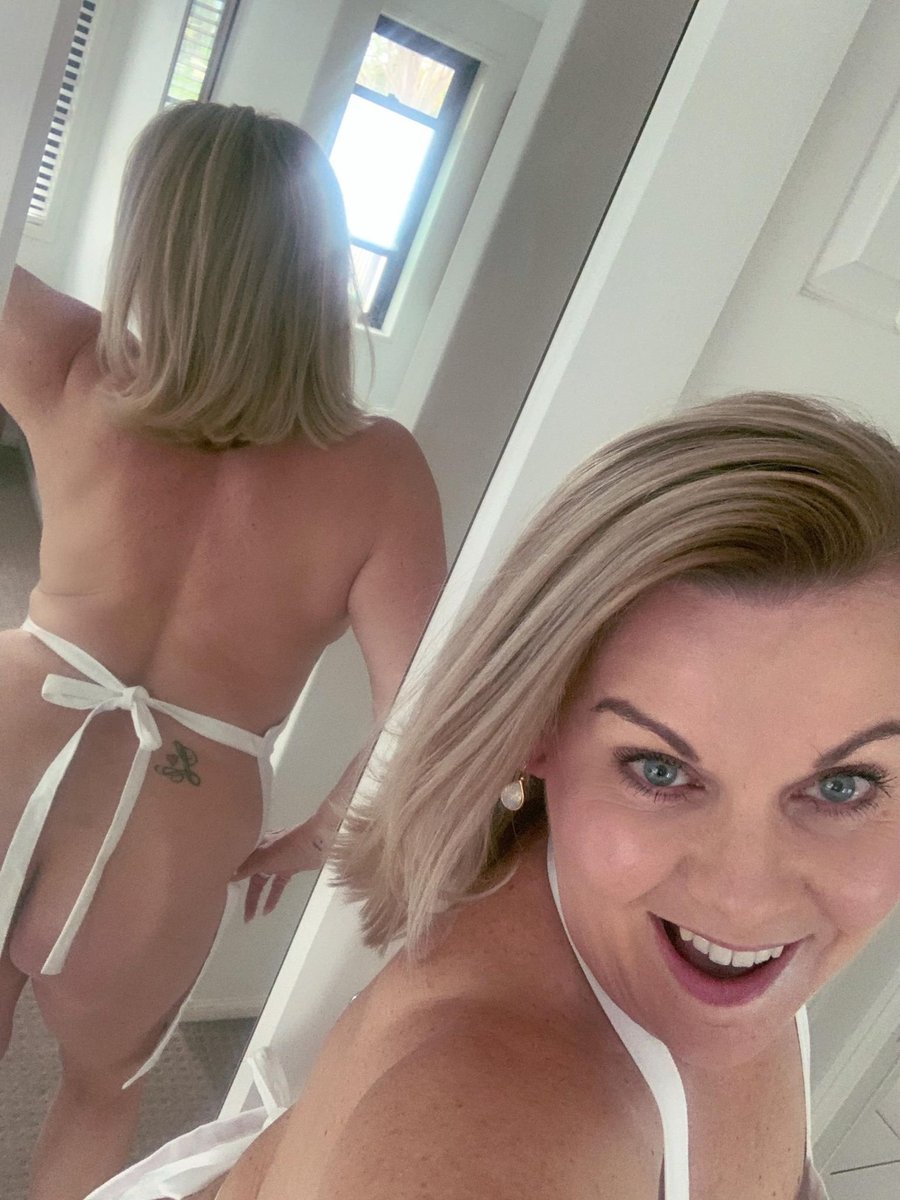 At 55 Lisa is an unashamedly juicy woman. I can see why her husband loves coming home from work. That’s one man who’s not going to the pub.

Lisa has always had positive body image. She says "my body is the vehicle that gets me through life. I look after it and I love it just like you would a Porsche."

Her self-love is infectious. The group of women friends who gather around her are drawn to her flame.

Like Lisa, I’ve always had a deep gratitude for this 52-year-old body of mine and I intend to enjoy it. I also intend to send nude selfies to my besties and to ask them for theirs. 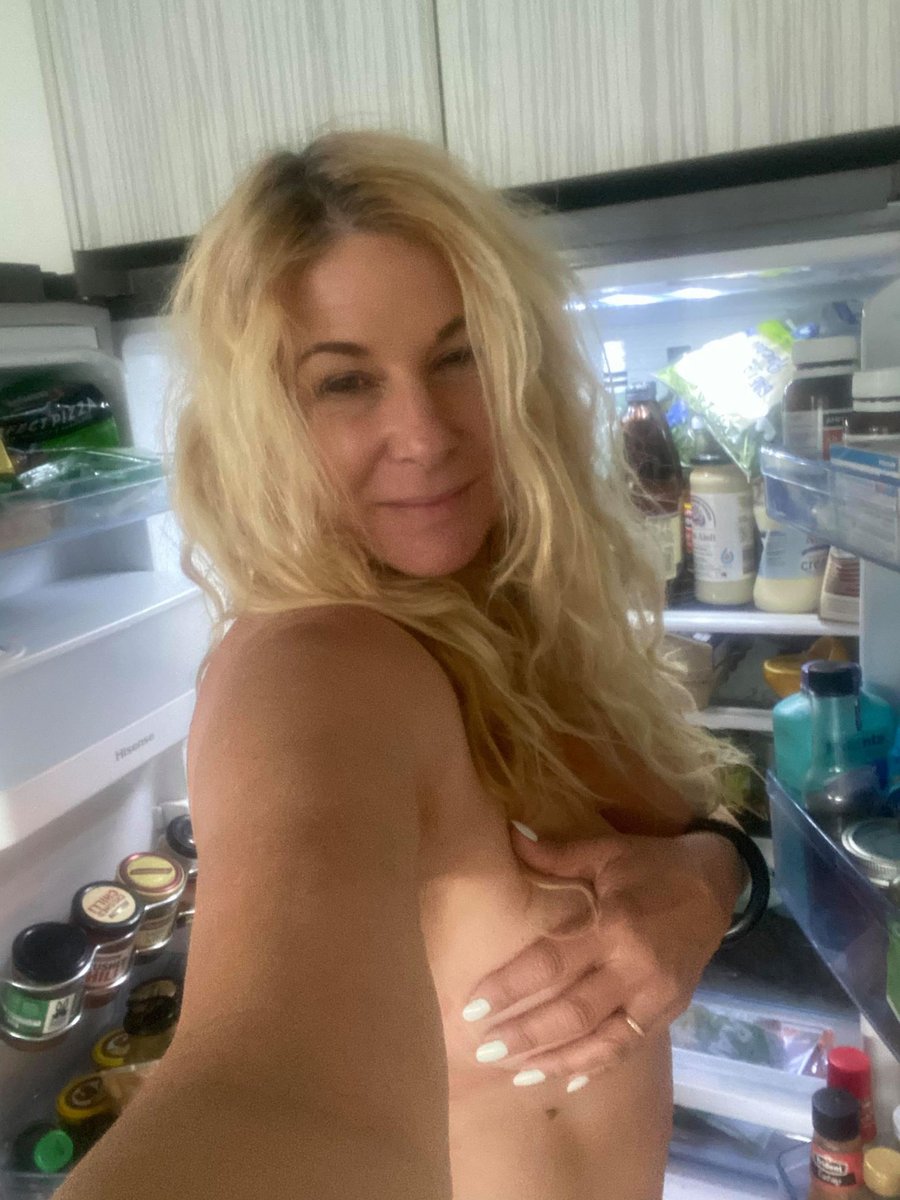 Me. Image: Supplied. I may even buy an apron, although sadly, my husband works from home!

So why don’t you try it? Slip in the bedroom and take off your clothes. Grab your phone and take a pic. Send it to your besties. Then ask your women friends to share what they love about their bodies and reciprocate with their nude pic.

You’re not just sharing nude pics, girls  - you are changing the narrative. Get prepared to feel good. Real good.

Happy Birthday Gwyn. Thanks for the nudie.