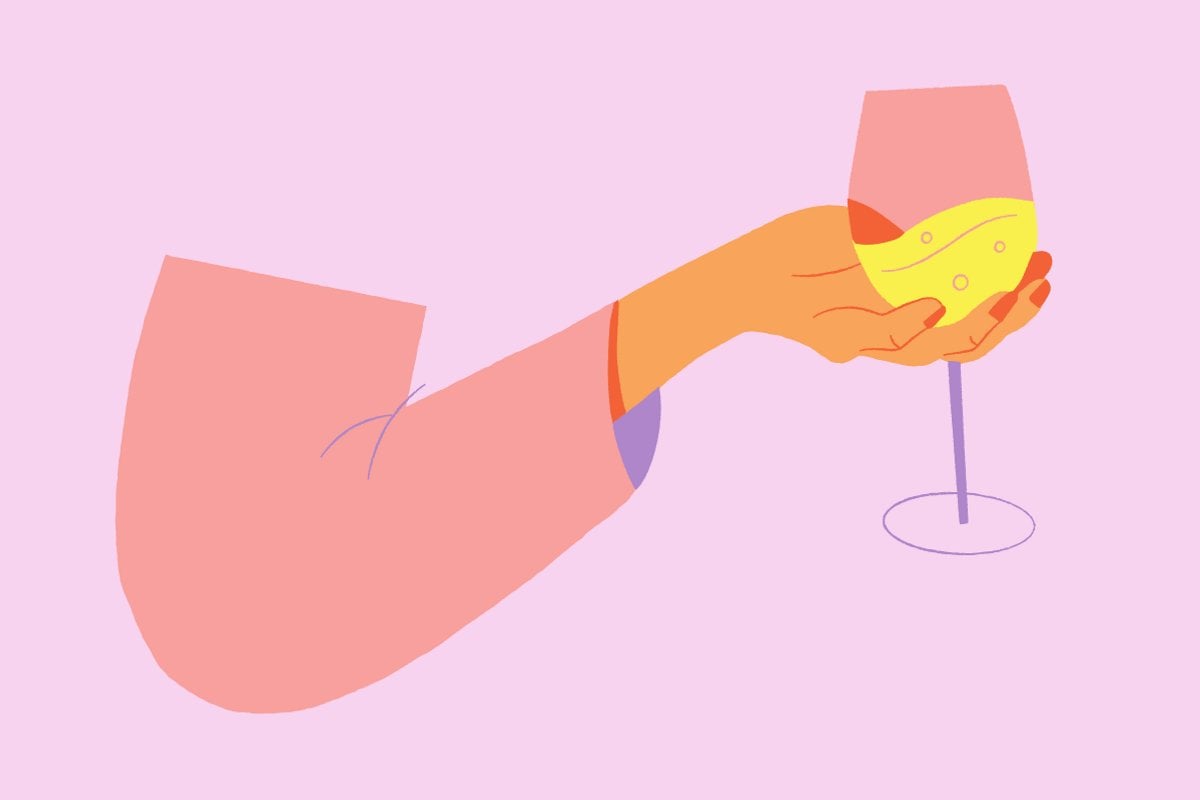 After what I can only describe as a barbaric birth experience, I watched a nurse mopping my blood off the floor and thought, "F**k you, hypnobirthing. Seriously. What the hell just happened?"

It was 2014. I had just birthed my first child, and it was nothing like I had imagined it would be.

As a first-time mum, I had bought into the narrative that pregnancy, birth, and the 'fourth trimester' is a warm and fuzzy time that feels like love and smells like talcum powder.

But for one in three Australian women who experience birth trauma, the reality could not be further from this.

My reality involved a drop in blood pressure so low I was convulsing. Terror as they held me down and started injecting things. Pain beyond description. Chills as I heard screams emanating from me; sounds I did not realise I could make. The instrument table. The pleading. The cutting. Blood on the floor. The vacuum that kept failing. The bruised baby. The haemorrhaging. The epidural needle that broke in my back and had to be removed later by a specialist with pliers.

I was completely unprepared for birth trauma.

Although the months leading up to my son’s birth were filled with preparation, nothing, absolutely nothing, prepared me for what unfolded.

I had attended antenatal classes where the other mums-to-be and I cooed over each other’s bellies, our partners rubbed our backs and reminded us to breathe. I learnt Baby First Aid and I did a hypnobirthing course, which included showing us a video of an ecstatic, 'orgasmic' birth and instructing us to listen to affirmations each night that promised each 'wave' would feel like a warm hug.

Not once was birth trauma mentioned. Not even as an unlikely possibility.

In fact, I had never even heard of the term 'birth trauma' until I was diagnosed with PTSD after my experience.

I was in complete disbelief. I thought PTSD was reserved for war veterans and I had no idea it could happen as a result of women doing this very natural thing that our bodies are designed to do.

My mental health was a mess.

I went from being a happy, bubbly, and positive person to someone suffering from a litany of mental health issues, practically overnight. 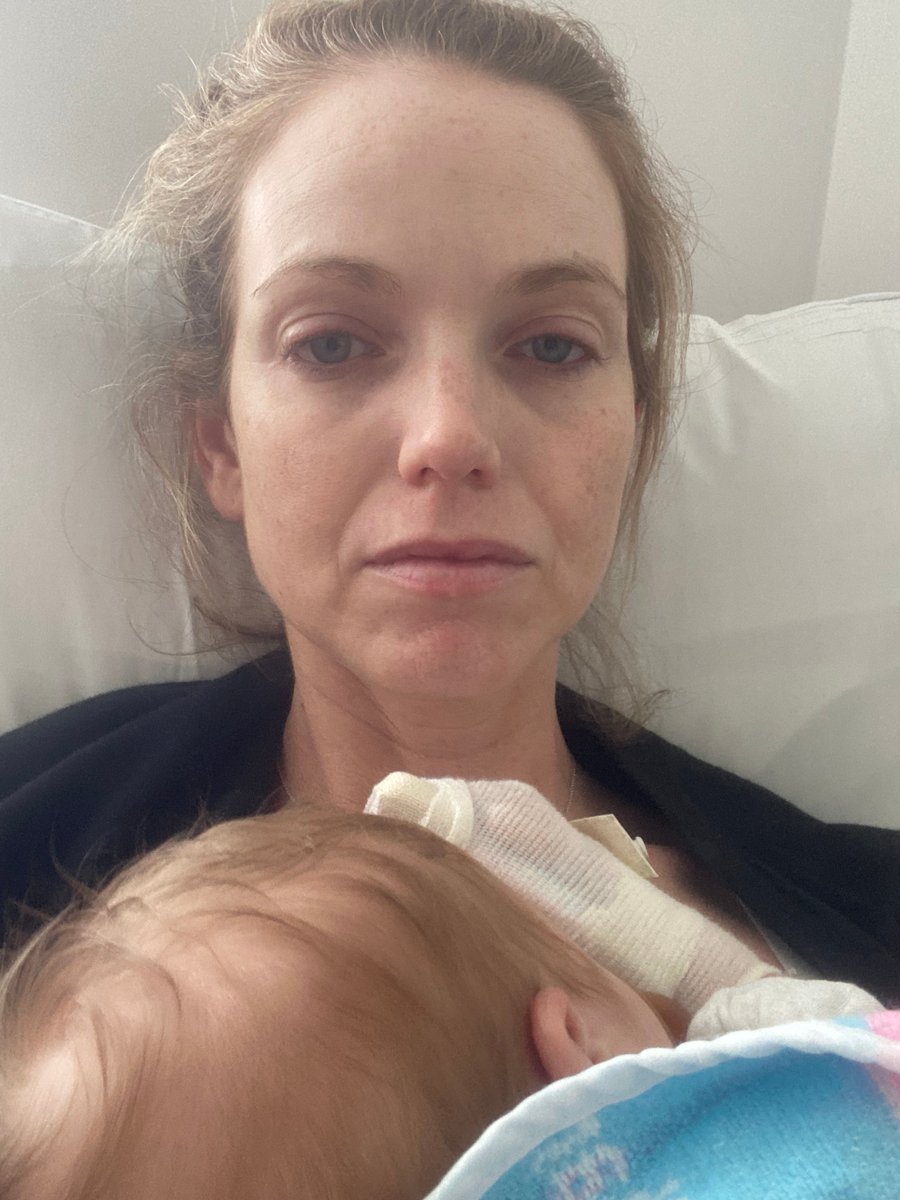 On top of the stress of adjusting to motherhood, I was having nightmares and flashbacks about the birth, and morbid daydreams of my son dying in all manner of disturbing ways.

I would see him falling off the balcony of our fourth-floor apartment. I would imagine myself accidentally letting go of the pram while walking down a hill, and his tiny body being flung over the handrail of the footpath into the sea below.

I was literally afraid to cross the road in fear that we’d be hit by a car. I checked his breathing obsessively because I was always anticipating it would stop.

Despite being exhausted, I had insomnia and was not sleeping.

Out in the world, I forced a smile and soldiered on. But behind closed doors, I was falling apart.

I was a sitting duck for alcohol use disorder.

I soon turned to wine every night as a tool to self-medicate.

Before pregnancy I had been a social drinker and never considered drinking alone. But after the birth, I used 'mummy-wine culture' as justification to mark the end of each day with a glass of Sav Blanc. Come 5pm, I’d pour myself a wine, whether or not my hubby was home to join me.

It felt like an accessible form of self-care (I sure as hell wasn’t getting to yoga!). Wine was easy, and it was helping. Or so I thought.

I had no idea that people suffering from PTSD have an increased risk of developing an alcohol use disorder.

I also had no idea that alcohol is a highly addictive drug, or that drinking too much exacerbates existing mental health issues.

After weaning my baby, I began to drink more and more. One glass turned to two, two turned to three, and on weekend nights I could easily drink a whole bottle, sometimes more.

Without knowing it, I had developed an alcohol use disorder. And the reason I didn’t know it was because I still thought drinkers fell into one of two boxes: black or white. Alcoholic or normal drinker.

I didn’t realise there was a vast grey-area of problem-drinkers in between, and that I was one of them.

Over time, the quality of my mental health deteriorated in uncanny proportion to my increase in alcohol consumption.

Fast forward to four years after the birth, where my mental health had deteriorated to such a low level that I began to think about suicide.

Something had to change.

Nothing changed, and I was at my wits end.

There was one thing I hadn't tried, which was giving up drinking.

I had begun to wonder if I was unwittingly cancelling out all this hard (and expensive) work with my nightly wine habit.

A small but persistent voice inside of me kept encouraging me to give up alcohol and see if my mental health improved.

It took a long time for me to listen to that voice, but once I did, my mental health began to improve.

My anxiety lessened, the panic attacks disappeared, I had fewer down days and, after a few months, I felt good enough to wean off my medication.

Two and a half years later, I can confidently tell you that while sobriety is not a magic bullet, it has been the most powerful thing I have done to improve my mental health.

Removing alcohol allowed me to level the playing field and see the true state of my mental health, without the fake highs, horrible lows, and hangxiety caused by drinking.

The subtle but consistent positive shifts that occur through activities such as regular therapy, good quality sleep, exercise, meditation, nutrition, supplements and so on finally stood a chance to improve my mental health and have helped immeasurably.

I finally feel like my old pre-birth trauma self again, just a wiser version. 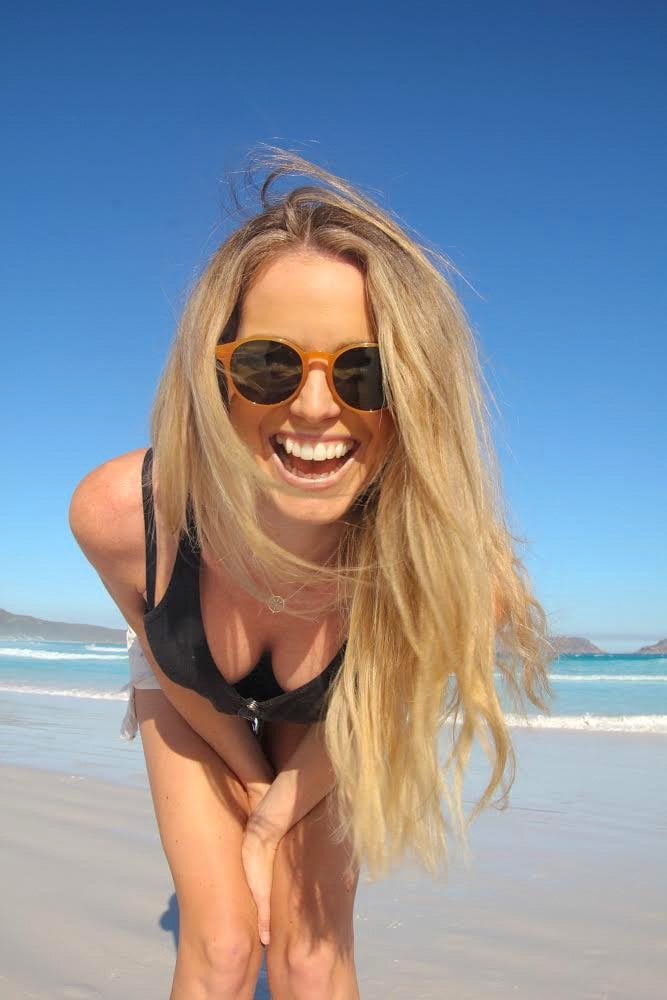 Finally back to my pre-birth trauma self. Image: Supplied.

Today, I’m genuinely grateful for the rough times I went through.

Especially the alcohol use disorder, because my journey of quitting drinking - despite not being an alcoholic or having a severe alcohol use disorder - ignited a passion within me to help other grey-area drinking women to change their relationship with alcohol in an empowered and inspired way.

It led me to finding my passion and purpose, becoming a Certified Grey-Area Drinking Coach and co-founding Thrivalist with my phenomenal business partner, Lucy Quick.

And with one in three Aussie women having traumatic births, one in ten suffering from PTSD after birth, and PTSD being a major risk factor for developing alcohol use disorder, it begs the question: why aren’t we talking about this?

Jen Clements empowers women to revamp their relationship with alcohol through her work as a certified Grey-Area Drinking Coach and Thrivalist co-founder.