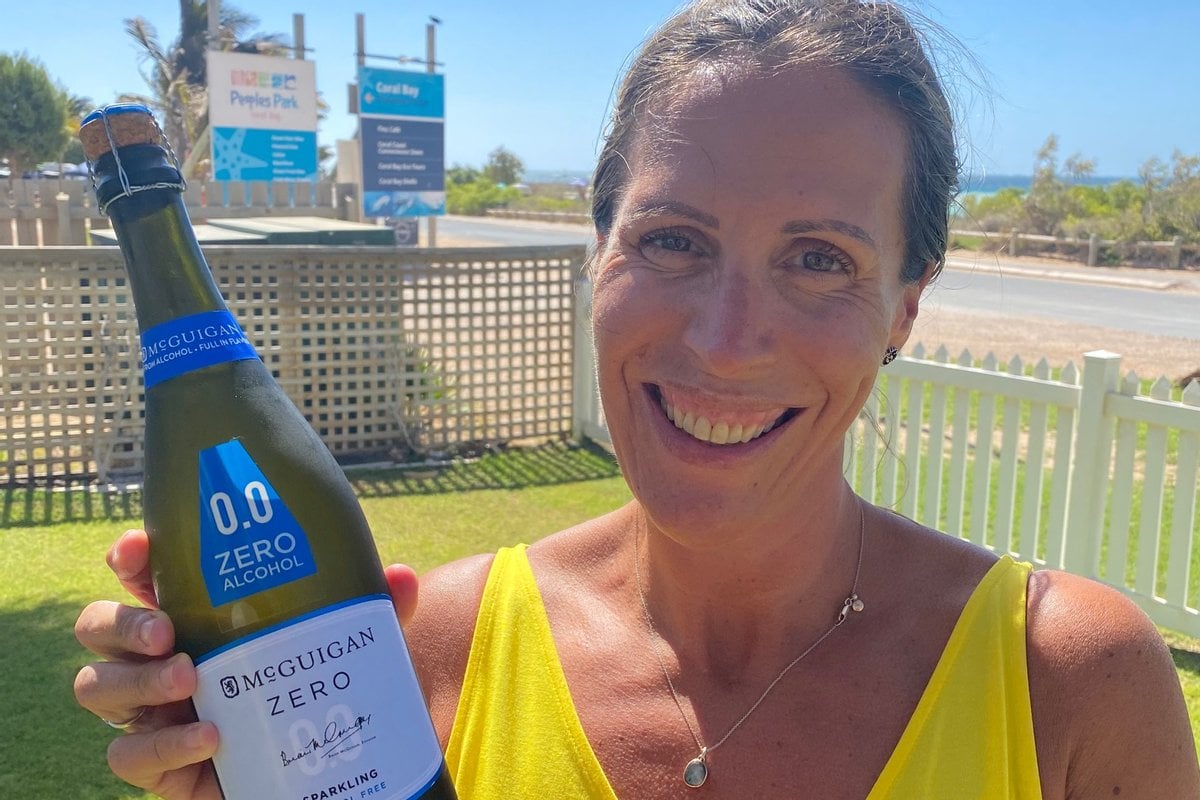 I open my eyes.

My five-year-old daughter is beside the bed, her face etched with concern.

"Mummy, what happened to your face?" she asks.

Fully awake now, I raise a hand to my cheek and wince. Then I see the blood streaked across the bedsheets. I feel the excruciating pain across the bridge of my nose, the throbbing in my skull.

I scream internally as I start to remember.

The night before it had been a friend's 40th birthday party. I'd sunk a bottle of champagne before I even got there. To loosen up, I told myself. Get in the party mood!

At the party, the drinks were flowing. The host was topping up glasses before they even got as far as half empty and I certainly wasn't complaining.

I could feel myself getting drunk, which was exactly where I wanted to be.

Later in the evening, I stumbled outside for a cigarette (I only smoked when I was drinking.)

After finishing my cigarette, I crouched down in my high heels to stub out the butt, but I lost my balance. As alcohol had robbed me of my reflexes, I toppled forward, landing squarely on the concrete, face first.

My lip split open, my nose smashed on the concrete, my eyes were blackening by the second.

Mortified, I went home. I vomited violently before passing out in bed.

Now all I felt was shame. And an overwhelming feeling that there had to be another way of living.

Since my teens I'd been a heavy drinker. Unlike most of my friends, I never seemed to have an off switch. I'd always be the one wanting to stay out the latest, ordering shots for the group, not wanting the party to end. And the next day, I was the first to suggest the pub for lunch and 'hair of the dog'.

In my twenties, I'd drink before a social event, get drunk during and then have a couple of 'night caps' after I got home.

I met my partner, Angus, when I was backpacking round the world. He loved to drink too and together we enjoyed the hedonistic lifestyle of the early 2000s without a second thought for our health, wellbeing or finances.

Working in recruitment in London, boozy lunches, dinners and after work cocktails were part and parcel of the job.

Then, life slowed down. We moved to Perth in Australia, I put my career on hold, and we had our son.

Suddenly, I felt directionless and so lonely. I'd gone from being a high flyer with a hectic social life, to living in a new town where I had no friends and spent my time cleaning up sick.

It was then that wine became my 'friend', my crutch. Whereas previously I’d only really drank when socialising, now I was counting down until 5pm each day so I could open a bottle of wine because 'I deserved it'. I'd live for weekends when I'd allow myself to drink more, and crave my Sunday lunch because I deemed it an acceptable time to drink from midday.

My mental health began to suffer. But when I went to see my GP, complaining of depression, anxiety and insomnia, he didn't even ask me how much I was drinking, so I didn't connect the two.

Myself and so many women I knew were desperately craving that late afternoon wine to 'take the edge off' after a full-on day with the kids.

If a play date was happening after midday, it was a given that it would involve drinking.

My daughter's first birthday party was more about me getting drunk with my friends than it was about celebrating her.

And all of this was normalised by humorous memes and punny t-shirts you could by online.

Slogans like 'Mummy juice' and 'I only drink wine because my kids whine'.

Heavy drinking was being popularised as a form of self-care for exhausted mums.

But the problem was, it was the opposite.

My mental health got worse. After a heavy drinking session, I'd wake up at 3am, my heart hammering, unable to get back to sleep, unable to remember anything more than snippets of the night before.

I began experiencing anxiety, became paranoid about what others thought of me and experienced panic attacks for the first time in my life.

I spent my weekends hungover, getting through the days but not really 'living' – simply existing. I wasn’t being the mum I wanted to be and with that came guilt and shame, yet I didn’t know any other way of living.

It slowly started to dawn on me: I didn't want my life to be like this.

And it was on one of these hungover Saturdays when, scrolling through Facebook, I saw someone had recommended the book This Naked Mind by Annie Grace.

It was a book exploring the role of alcohol in our lives and culture.

After I read it, I quit drinking for three months.

And while I appreciated the benefits of better sleep, a clearer head and no more hangovers, I also managed to convince myself that being able to abstain for that long meant I didn't have a problem after all.

So I started drinking again.

Within a few weeks, I was drinking exactly the way I had done before and I was full of shame and self-loathing. I knew this couldn't go on.

I realised I was a 'grey area drinker' – somewhere between rock bottom and only drinking every now and again.

And it was increasingly becoming a space I didn't want to occupy. It became obvious to me that alcohol was taking more than it was giving.

I decided to join a 100-day sober challenge with an online group of 10 people from all around the world. It was tough and gruelling at times, but I realised that cravings don't last forever and with the support of others in the group, I got through it.

As before, after the challenge I started drinking again, thinking my next hiatus would be six months. But then a friend from the online group asked, 'What do you think will be different next time?'

And suddenly it became clear. It didn't matter how many times I stopped drinking or for how long. When I returned to it, I would be – as I always had been – unable to moderate. I would always remain in that murky, grey area.

So I made one of the most life-changing decisions ever– to quit drinking completely.

It wasn't always easy. There is so much to navigate when we stop drinking – sober socialising, a change in relationships, sugar cravings (hello late night runs for Ben & Jerry's!), feeling all the feels (when we stop numbing with alcohol we start to really feel every emotion). The idea that this was going to be forever was hard to get my head around.

But I couldn't deny the benefits.

I slept better, had more energy and focus. And so much time! I never realised how much alcohol had been robbing me of this precious commodity!

Over time, I felt like I was really beginning to learn who I was and I felt, for the first time, like life had so much potential.

With more time came more mental clarity and more motivation to experience new things, meet new people (the online sober community is incredible and I have made some incredible friendships through it) and ultimately, changed my career.

I knew I’d been incredibly unfulfilled, but I never knew what I actually wanted to do. Sobriety gave me this.

I've become a person I would have baulked at a few years back – I'm an early riser, I meditate and do yoga.

It feels fantastic. I’m calmer, more content, more focused, I have deeper connections with the people I love and I’m never too hungover for an early morning game of cricket in the back garden!

I've been sober for two years now and I've retrained as a women's health coach.

My mission is to help other grey area drinkers before they reach their rock bottom. I've created a free online community for women across the globe so they can support and connect with each other.

The feedback I am getting from my community is incredible as is the feedback from the women I’ve been coaching. So many women think giving up alcohol will signal the end of their fun, but in fact it’s just the beginning!

So many women are suffering alone and 'Mummy wine culture' has a lot to answer for. It's a marketer's dream, but it became my worst nightmare.

Reply
Upvote
I can imagine it would be more challenging if your peer group likes to drink and also your age group. I’m in my late 40s and alcohol doesn’t feature as much these days thankfully and our friends aren’t big drinkers anyway. That all helps.

Reply
Upvote
I’ll take the risk of backlash by confessing that I do avoid friendships with British women expats because they drink so much! Every social occasion whether a book club gathering or even trick or treating with their kids is an excuse to drink alcohol. Had been abandoned several times by an innocent night out becoming a bender and having to get myself home because they partied on.