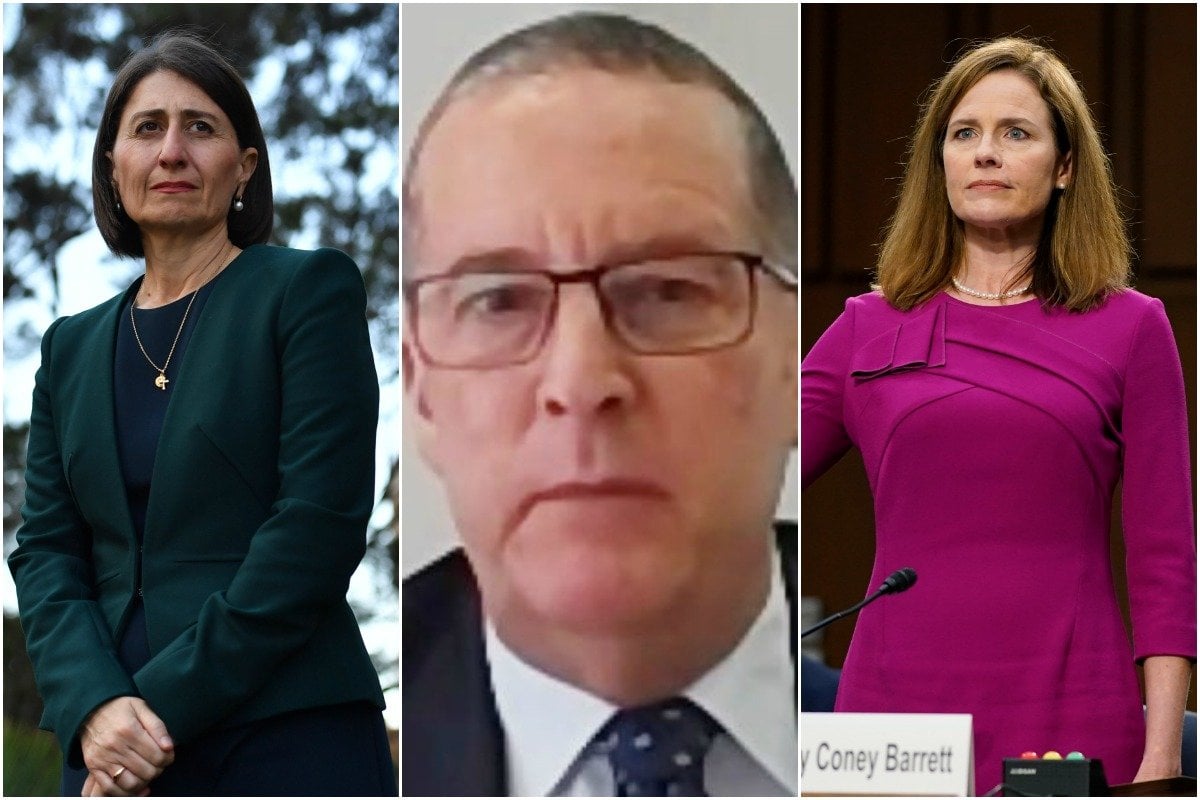 NSW Premier Gladys Berejiklian will again appear at the ICAC inquiry today, while Labor will move a motion of no confidence in the premier, which would need support from government MPs who have so far united behind her.

She insisted that she'd "stuffed up" personally but not professionally, as she fights to keep her job.

The Independent Commission Against Corruption has accused Maguire of using his public office and parliamentary resources to improperly gain a benefit for himself or for G8way International - a company he allegedly "effectively controlled".

Gladys Berejiklian has vowed to continue in her role after her relationship with disgraced former MP Daryl Maguire was revealed in an ICAC hearing. @cokeefe9 #9News pic.twitter.com/E3451vQ8dt

He was forced to quit Ms Berejiklian's government in 2018 after a separate ICAC inquiry.

But, despite her "close personal relationship" with Maguire, Berejiklian repeatedly insisted she had little knowledge of his interests.

"This premier is a fraud and today she's been unmasked," she said.

READ: "My personal nightmare." Australia just saw a different side to Gladys Berejiklian.

Mr Andrews' right-hand man Chris Eccles quit on Monday after phone records revealed he spoke to the head of police as the state's hotel quarantine program was hastily set up on March 27.

Despite having no memory of the call, the former Department of Premier and Cabinet secretary insists he did not convey a decision about using private security to former Victoria Police chief commissioner Graham Ashton.

The premier said he was "shocked" when he learned Mr Eccles had made the call and agreed with his decision to resign.

Mr Eccles is the second public official to quit amid an inquiry into the botched program, believed to be responsible for the state's second wave of COVID-19, with former health minister Jenny Mikakos resigning last month.

The Victorian Liberals and Nationals plan to go on the offensive as parliament resumes on Tuesday, moving a no-confidence motion against Mr Andrews over his handling of the pandemic.

The state recorded 15 new cases of COVID-19 on Monday in a fifth-straight day of double-digit infections, with the Andrews government under significant criticism for keeping the state - particularly Melbourne - in such strict lockdown.

Andrews acknowledged at some point Victorian authorities may have to "call it" and revise the target of five average cases per day.

READ: The Melbourne hotel quarantine bungle, and the woman who has taken the fall.

The West Australian government is ignoring calls to deploy lethal drumlines, saying there is no guarantee of catching the perpetrator that likely killed a local surfer last week.

Andrew Sharpe is believed to have been killed by a five-metre shark in Esperance.

The family of Esperance shark attack victim Andrew Sharpe say he was a “loving father, life-partner and brother” who “loved the ocean immensely” and “knew the risks” of surfing.https://t.co/DaQ01BNifd

"People are dying and more needs to be done to support our community," Esperance Ocean Safety and Support Group chairman Mitch Capelli said in a statement.

Premier Mark McGowan has ruled out deploying drumlines, but says his government is looking at further tagging and possibly installing a swimming enclosure.

The confirmation hearings for Amy Coney Barrett, the judge who President Donald Trump has picked to fill a vacancy on the US Supreme Court, are underway at the Senate Judiciary Committee.

Barrett arrived with her family for the first of four days of hearings this week at the committee.

Republicans are trying to push through a nominee as quickly as they can ahead of the election, despite taking a completely different position in 2016.

Day one of the hearings was bitterly divided, with Republican senators praising her qualifications while Democrats warned that health care protections and the Affordable Care Act are at stake if her confirmation succeeds.

Judge Amy Coney Barrett: “I have been nominated to fill Justice Ginsburg’s seat, but no one will ever take her place.” During her opening statement at her confirmation hearing, Judge Barrett said “it would be the honor of a lifetime to serve” with the other justices.” pic.twitter.com/ikZ9PQ8WfN

Senator Patrick Leahy, said that his constituents are deeply concerned over what the confirmation could mean.

"They're scared that your confirmation would rip from them the very health care protections that millions of Americans have fought to maintain, and which Congress has repeatedly rejected eliminating," he said.

"They're scared that the clock will be turned back to a time when women had no right to control their own bodies and when it was acceptable to discriminate against women in the workplace," he added.

After listening to five hours of speeches, Barrett laid out what she said was a vital but limited role for federal judges. She said that the public shouldn’t expect courts to resolve policy disputes or make value judgments and that judges “should not try” to do so.

"I believe Americans of all backgrounds deserve an independent Supreme Court that interprets our Constitution and laws as they are written," she said.

READ: 7 kids and speaking in tongues: What we know about Ruth Bader Ginsburg's likely replacement.

British Prime Minister Boris Johnson has imposed a tiered system of further restrictions on parts of England to curb an acceleration in COVID-19 cases, although anger is rising at the cost of the curtailment of freedoms.

Johnson announced a new three-tiered system on Monday in an attempt to standardise a patchwork of often complicated and confusing restrictions imposed across England.

The lockdowns will include shutting pubs and bars in areas placed in the "very high" alert level from Wednesday.

So far, Merseyside in northwest England - which includes the city of Liverpool - is the only area classified at the "very high" level.

"We must act to save lives," Johnson told parliament, adding that he did not want another UK-wide lockdown and that he understood the frustrations of those chafing at the "repressions of liberty".

Pope meets Pell and broadcasts 'warm welcome' with the world.

Pope Francis has met with Cardinal George Pell, warmly welcoming him for a private audience in the Apostolic Palace after the cardinal's sex abuse conviction and acquittal in Australia.

The Vatican released a brief video clip of the meeting, a clear sign both the pontiff and Pell wanted the reception to be seen widely.

#PopeFrancis meets with Australian Cardinal George Pell on Monday, who has returned to Rome in the past few days.https://t.co/jUuQvWRnEH

In it, Pope Francis is heard saying "Good to see you" and "more than a year" - an apparent reference to the time Pell spent in prison.

Neither man was wearing a protective mask, despite the surge in coronavirus infections in the Lazio region surrounding the Vatican, and despite the Vatican's own admission on Monday that four Swiss Guards had tested positive.

Pell returned to Rome on September 30 for the first time since 2017.

- More than 180 countries have committed to participate in the World Health Organisation's effort to finance COVID-19 vaccines to be distributed fairly to both rich and poor countries.

- A sheep farmer has been sentenced to 14 years in prison in the UK for his plot to use baby food laced with metal shards to blackmail one of Britain's largest supermarket chains.

- Facebook is banning posts that deny or distort the Holocaust and will start directing people to authoritative sources if they search for information about the Nazi genocide.