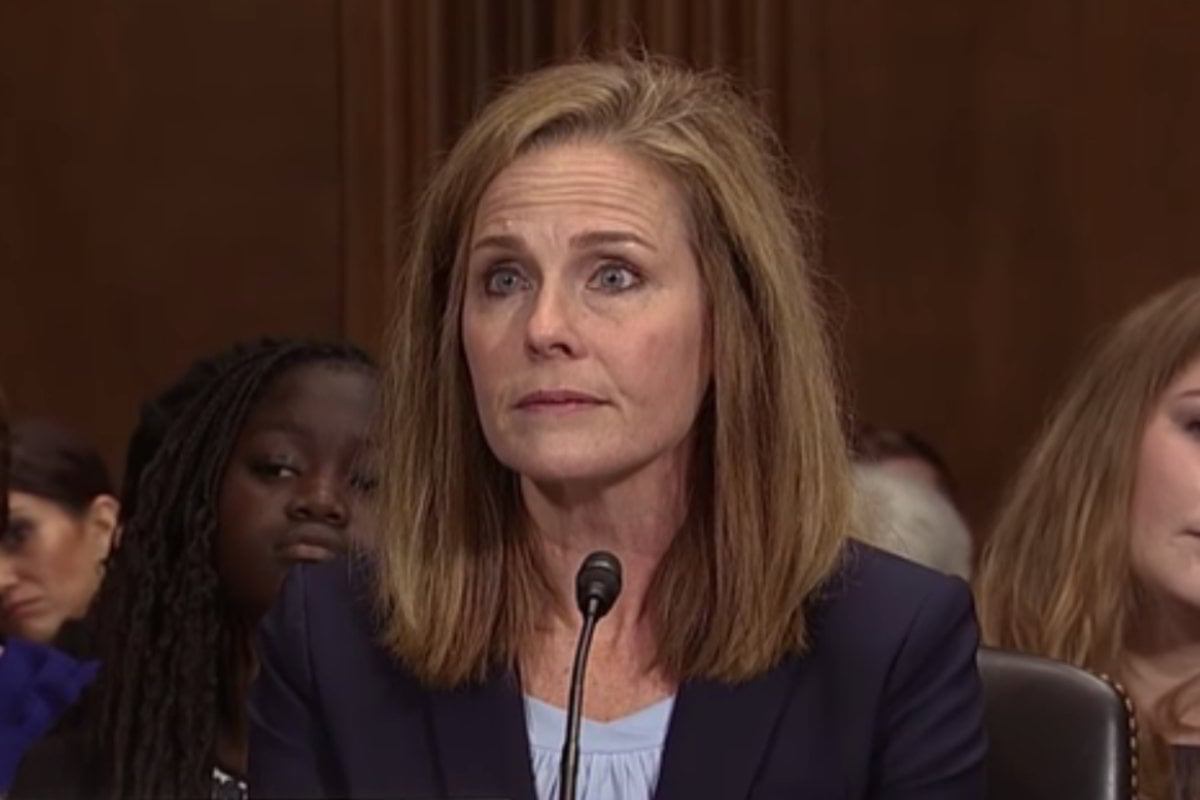 Ginsburg, a women's rights trailblazer and Supreme Court justice since 1993, died aged 87 on September 18, leaving a vacant space on the Supreme Court bench.

Six weeks out from the Presidential election, Trump and his Republican colleagues have announced their intention to replace Ginsberg - despite many of those same Senators preaching judges should not be appointed so close to an election in 2016, when they blocked President Obama's last opportunity to place a judge eight month's out from that year's vote.

This could, in theory, mean appointing a judge during America's 'lame duck' period after an election, where the Presidency and the Senate may be won by Democrats.

Pushing ahead with plans for Trump's third US Supreme Court nomination would cement a 6-3 conservative majority in the court.

The death of liberal icon Ginsburg upended the election campaign season, giving Trump and his party an opportunity to strengthen its grip on the court whose decisions influence most spheres of American life, from healthcare to gun rights to voting access.

Trump has announced his intention to appoint a woman, with the president saying he had a handful of candidates to work through.

Here's what we know about them. 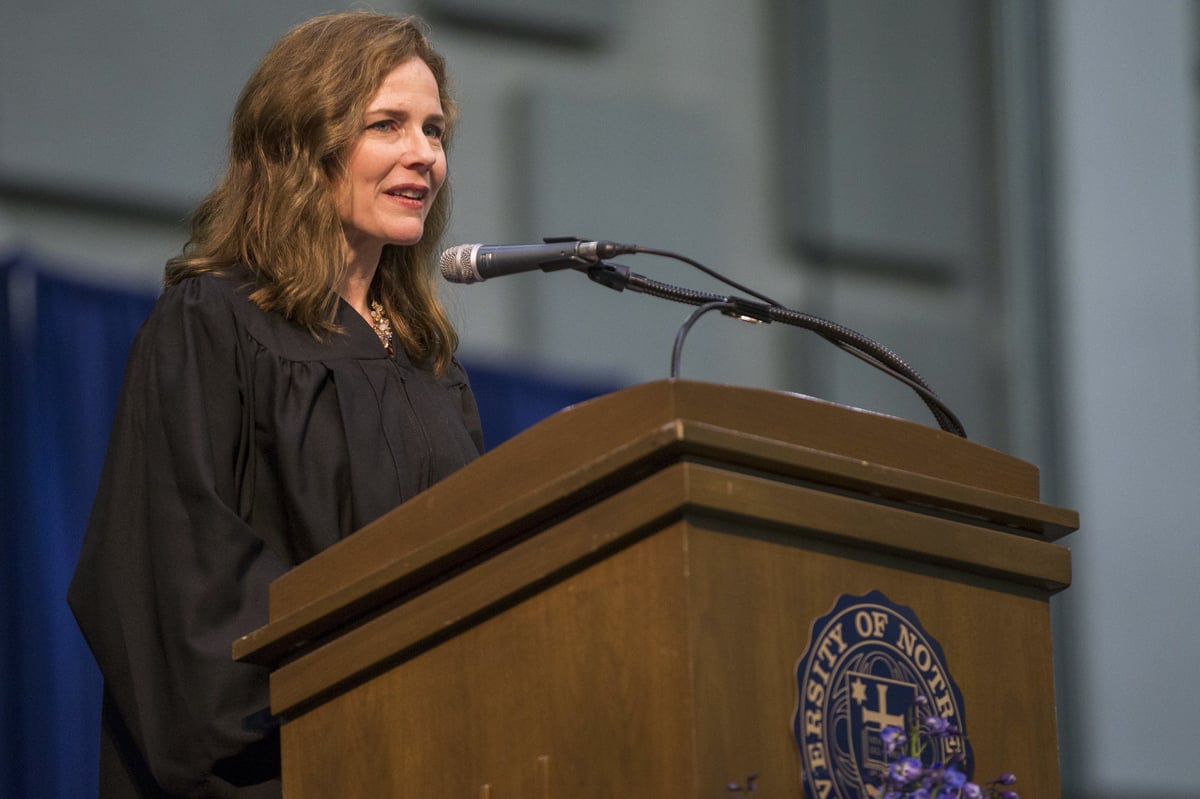 Indiana's Judge Barrett was an option for Trump's second Supreme Court nomination, which ended up going to Brett Kavanaugh.

Now, Judge Barrett is regarded as the leading contender to replace Justice Ginsburg.

She is currently sitting on the United States Court of Appeals for the Seventh Circuit in Chicago - one court below the Supreme Court.

According to the New York Times, if appointed, Judge Barrett would be the youngest sitting justice at 48, with the least amount of courtroom experience; but she is held in high esteem by conservative Christians and was a clerk for late Supreme Court justice Antonin Scalia.

Judge Barrett and her husband Jesse Barrett have seven children, all under 20, including two adopted from Haiti.

They are members of a Christian group called People of Praise.

Members of the group swear a lifelong oath of loyalty, called a covenant, to one another. They are assigned and are accountable to a personal adviser, called a 'head' for men and a 'handmaid' for women. According to the group, they've recently dropped the term 'handmaid' in favour of 'woman leader'.

The group teaches that husbands are the heads of their wives and should take authority over the family, the New York Times reported, and has adopted a number of Pentecostal practices such as speaking in tongues and divine healings.

In 2017, legal scholars said loyalty oaths such as Judge Barrett's could raise questions about a nominee's independence and ability to remain impartial.

On Monday and Tuesday, Judge Barrett met with President Trump and has emerged as his overwhelming favourite, according to CNN sources. 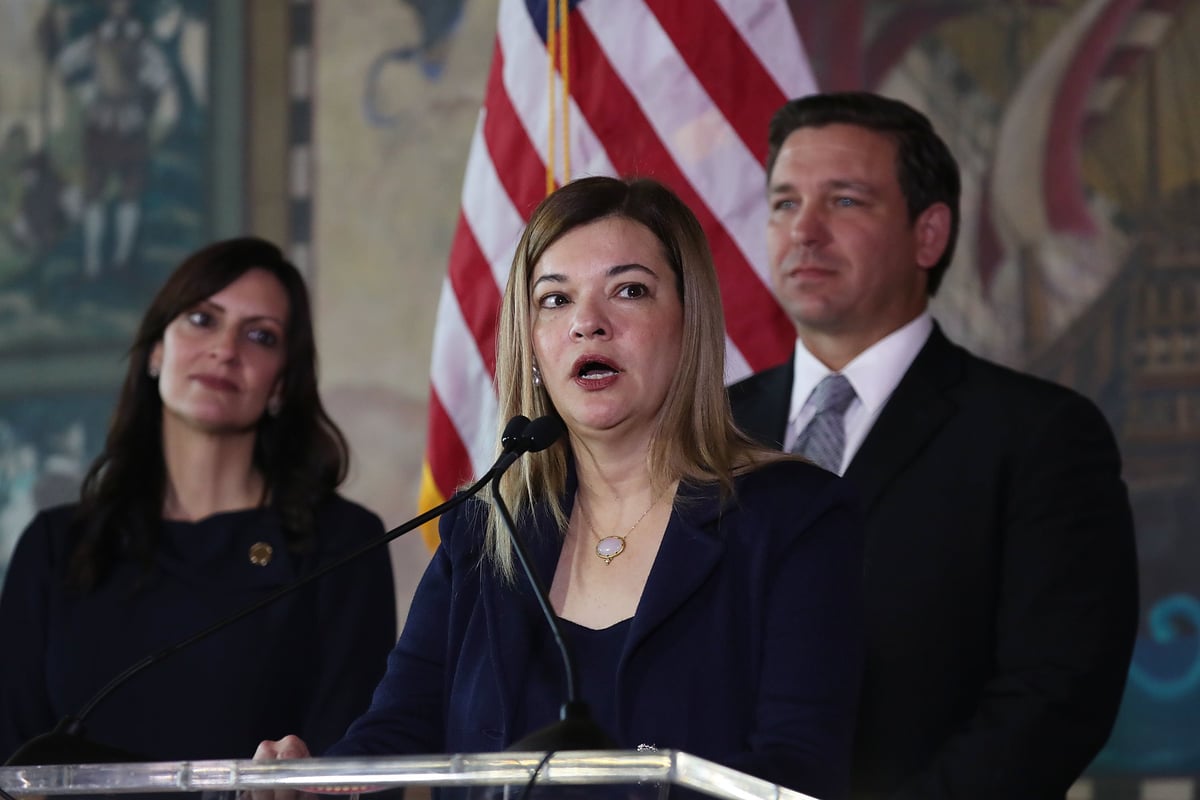 Florida's Judge Lagoa is an outside chance for the nomination, though insiders believe Trump is leaning towards Barrett.

Judge Lagoa is a Cuban-American, the daughter of parents who fled Fidel Castro's rule, which is attractive to a president who needs to win Florida in the upcoming election.

She was the first Hispanic woman to be appointed as a Justice of the Supreme Court of Florida.

If appointed, Judge Lagoa, a graduate of Florida International University and Columbia Law School, would be the only justice who didn't receive a law degree from Harvard or Yale.

Judge Lagoa's past rulings suggest she would be well within the conservative wing of the court. For example, she opposed a local minimum wage hike as a Florida Supreme Court justice and voted to uphold a law requiring those who have served their prison sentences to pay public debts before being allowed to vote as a Circuit Court judge.

However, Judge Lagoa is on record as saying Roe vs. Wade, the historical Supreme Court decision legalising abortion in the US, is "binding precedent".

This is a key sticking point for many conservatives, including Missouri Republican senator Josh Hawley who has said he will only support a nominee that will "understand and acknowledge that Roe was wrongly decided".

Trump is expected to meet with Judge Lagoa when he travels to Florida this week.

Trump will announce his choice on Friday or Saturday, to allow time for Ginsburg's body to lie in repose at the Supreme Court on Wednesday and Thursday, where members of the public can pay their respects.

Republicans hold a 53-47 majority in the chamber and can confirm a justice by a simple majority. So far, only two Senators have indicated they will not support the vote.

Republicans will try to rush through to nomination before the election, but Democrats have vowed to do everything in their power to prevent Trump from confirming a nominee.

"We have arrows in our quiver," House Speaker Nancy Pelosi said Sunday.

When asked if she would launch renewed impeachment proceedings against Trump to stymie his efforts, she replied "we have our options".

The American election is November 3.

Reply
Upvote
1 upvotes
Glad to see the GOP have found the gender traitor they’ve been waiting for. Aunt Lydia would be proud.
A
anonymous 2 years ago