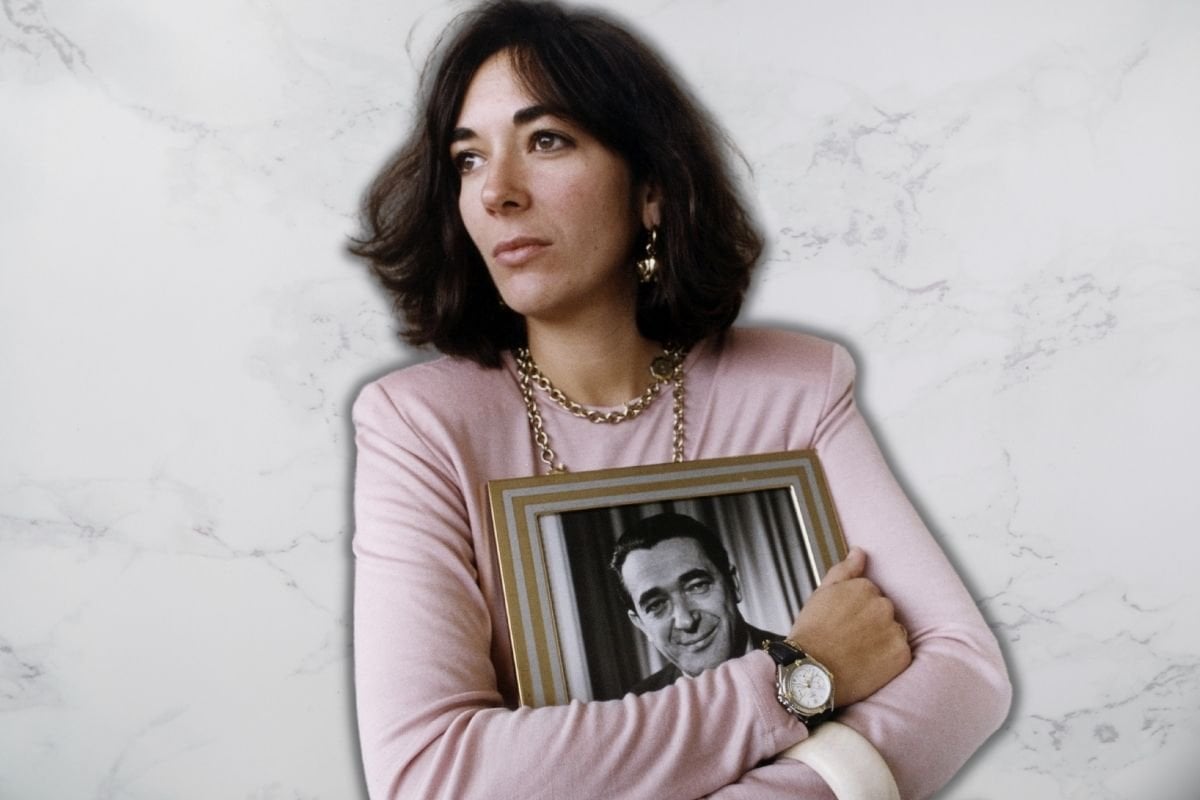 Before Epstein, there was Robert. A tyrannical, egotistical father who was quite happy to have his favourite daughter - Ghislaine - on his arm.

Media mogul Robert Maxwell was once one of the richest men in Britain. He loved opulence and power and brushing shoulders with the rich and famous. 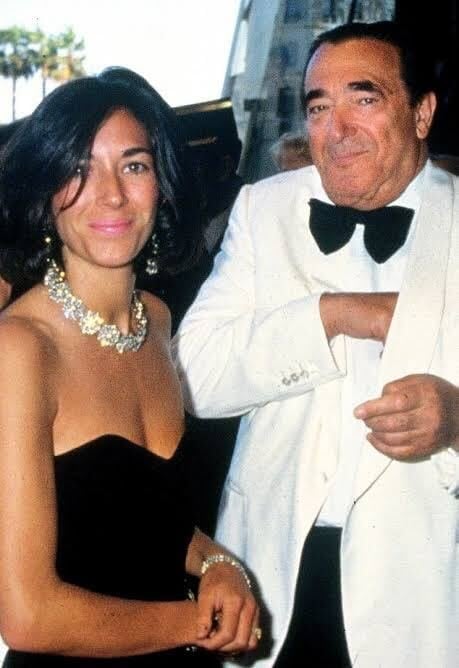 His daughter helped him do that. She was personable and beautiful and the life of every party. The perfect antidote to her father's more grotesque and bullying qualities.

When he died, her life fell apart.

It was 1991, and he vanished at sea. While his death was ruled accidental, many believe he was in fact murdered to cover up his secret double life as a superspy for the Israeli government.

Listen to Part I of our True Crime Conversation's series on the Maxwells. Post continues below.

After his death, it was Ghislaine who faced the media to "thank all the many hundreds of people who have sent messages of support to us at this very, very sad time."

But as the financial crimes of Robert Maxwell were laid bare for the public to see in the wake of his death, (he'd stolen AUD $812 million from the pension fund of the Mirror Group, wiping out shareholders and condemning pensioners to poverty), it was Ghislaine and her siblings and mother who were forced to face the scrutiny, outrage and police questioning.

The family name was left in tatters, and two of her brothers - Ian and Kevin - found themselves in the dock, fighting fraud charges themselves. They successfully defended themselves, but the damage was already done, and Ghislane fled to America in search of a fresh start.

She'd already met Jeffrey Epstein by the time she moved to New York, but once her father died - their relationship blossomed.

It's impossible not to draw comparisons.

Here's a 29-year-old woman, who has lived her whole life alongside her father; she was his favourite daughter, his confidante, the 'face' of many a Maxwell party. She was his shadow, and then she became Epstein's.

As she became Epstein's right-hand woman, she did the same for him. She was his girlfriend for a time, his confidante, and his ticket to the highlife and the ears to some of the most rich and famous in the world. 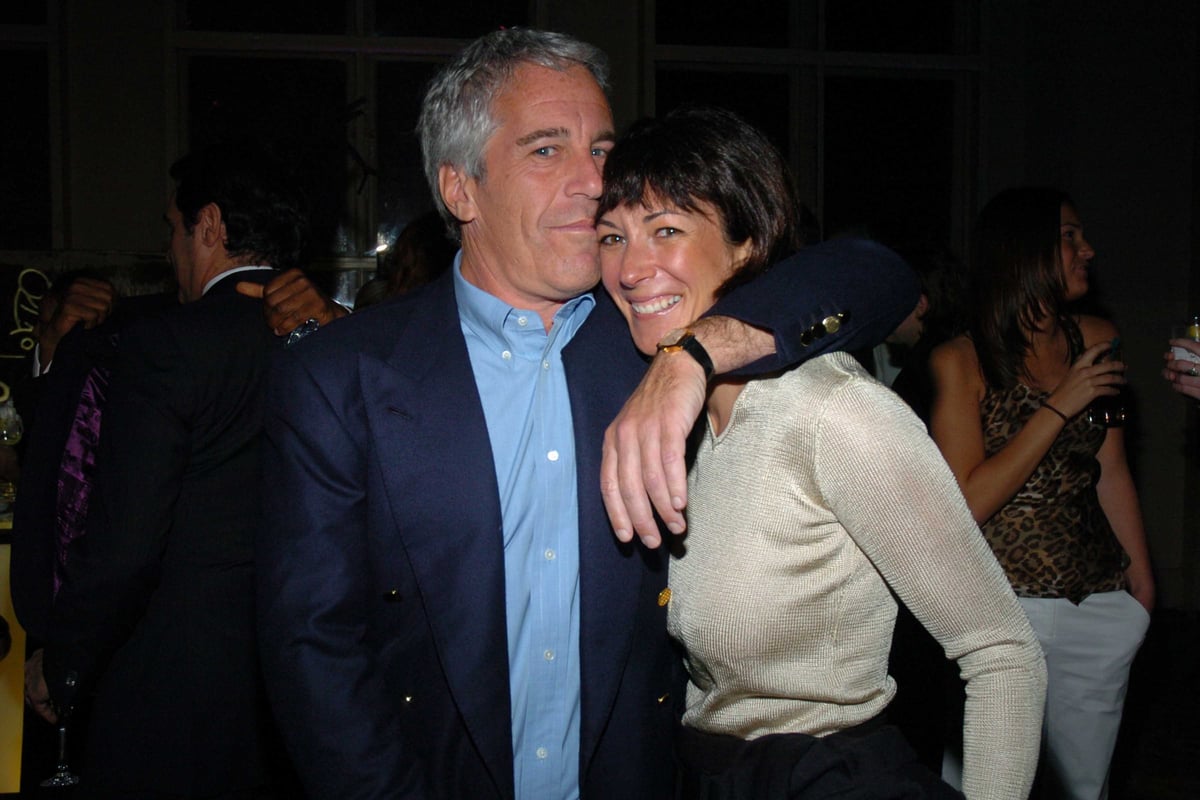 And what did she get in return from both of these men? A lavish lifestyle of glitz and glamour, and a devotion she so craved.

Jeffrey and Robert had similarities too; egotistical, selfish, confident, brash. They were both men who knew what they wanted and were quite happy to twist the arms of those around them to get there. Ghislaine softened them, humanised them. And she was happy to take their lead and to their bidding.

But then she took that devotion too far. She used that well-rehearsed charm to groom and recruit teenage girls for Epstein to sexually abuse. She allegedly also did the same for other men at Epstein's request, as the pair's crimes became more and more depraved.

As author Nigel Cawthorne told me on this week's True Crime Conversations, "We don't know if they needed this for perhaps blackmail purposes". The theory goes that by getting more willing participants to be complicit in their crimes, they'd save their own backs.

It worked for a while, until it didn't.

Once you've abused that many girls - federal officials have identified 36, but there's said to be hundreds - it's bound to get out, eventually.

She's facing up to 65 years in prison when she's sentenced in June.

But once again, she's been forced to face the music for the crimes of the men she supported, alone. It was only after Jeffrey Epstein died by suicide while awaiting his own trial in 2019 (a fact that remains disputed, with many suspecting he, like Maxwell, was murdered), that authorities even turned their attention to her. They pounced on her secret hideout in a quiet corner of New Hampshire, with helicopters and teams of FBI agents in June 2020.

She likely would have always had her turn in court. But any focus that was on the primary offender in this story (Epstein and his wicked ways), has now shifted to her and her alone.

She was free to flee from the downfall of her father - to create a new life using the weight of his name, but not his crimes.

But then she went and did it all over again. She became the supporting act to another criminal. Another criminal who died under suspicious circumstances.

This time, however, she couldn't just move abroad and start again.

This time she was guilty, too. And now she alone will pay the price.

L
lisalilyjack a month ago

Reply
Upvote
1 upvotes
Or, she should be treated as a willing participant and deserves to be facing the full wrath of the law.
It's not as if the other two got off scott free.
<
<deleted> a month ago