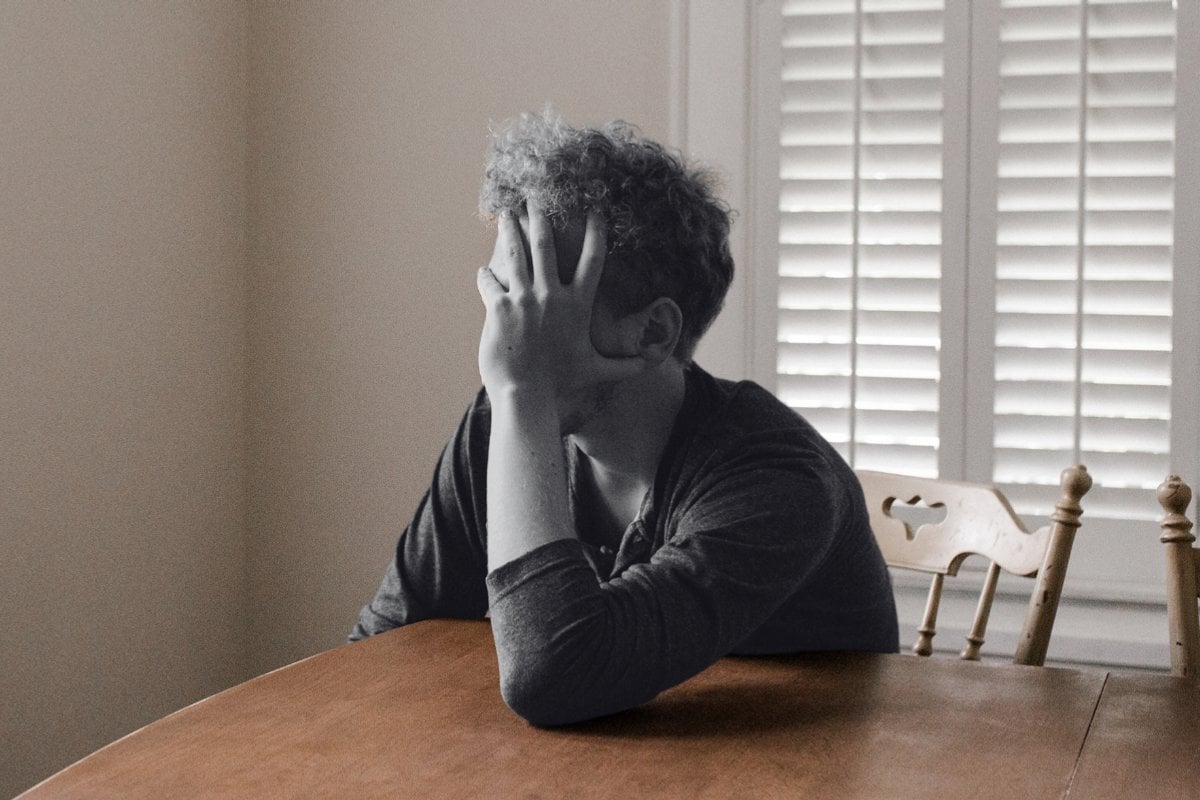 "My son died last lockdown. I have his phone. His last messages were trying to reach people and see people. Our young people are vulnerable. Look out for them. Especially young people with mental health illnesses and [that] use drugs."

When Sydney went into lockdown recently, these were the heart wrenching words of warning from a mother on Twitter.

As the parent of a child who struggles with his mental health, losing him is a fear we live with daily - especially when restrictions crank up the pressure.

Since our son was a teenager, we have experienced this emotional rollercoaster, which never gets easier.

Diagnosed with ADHD, OCD and generalised anxiety disorder, and dependent on self-medication, he is sadly in a mental healthcare system that lacks adequate funding, and often, only jumps into action when it’s too late.

Sometimes, I think only his fighting spirit, medication, and our vigilance (he would call it intrusion) have kept our son alive and capable of pursuing an independent life for himself in the city.

However, each time lockdown strikes, the lack of structure to his days, the absence of socialisation, and his limited financial resources risk throwing him into a spiral of fear, negativity, and ultimately, depression.

During these strained periods, keeping the communication channels open is even more imperative - but that doesn’t guarantee he will reciprocate.

Countless times, when he has gone silent, we’ve raced to his unit in a state of panic, the obvious terror at the back of our minds that this is it.

A friend of mine is in a similar situation. After a bad experience with medication some years ago, her daughter refuses to seek treatment. Hence, my friend experiences the same cycle each time her daughter experiences psychosis: her neighbours call out the police, who cart her off to a psych ward for assessment, from where she is usually released within a matter of days.

This scenario has played out repeatedly over the past several years, but without her daughter’s permission, she is powerless to secure her the help she needs.

Understandably, emotional rollercoasters like these take a toll on our own mental health.

Tabitha, whose son struggles with similar difficulties says: "The COVID lockdown was hard for us as a family -especially for my son. He was discharged from an inpatient program within a month of everything shutting down, and it was a challenge for him to leave one locked-down environment for another. We were unable to schedule any kind of face-to-face therapy sessions for him, and he was uncomfortable with virtual sessions. He was too frustrated to deal with the extra hoops required during the pandemic and ended up coming off his meds and dropping out of therapy.

"We stay anxious for him. I have been able to see a wonderful therapist who helps me deal with the uncertainty, but the stress and worry regarding his mental illness has definitely impacted our family."

I rely on therapy, anti-depressants, and good friends to support me through the darkest times, because there is little support elsewhere, other than groups such as Lifeline and Beyond Blue.

This situation is incredibly isolating. Unless you have been in our shoes, it is impossible to understand the pervading fear that touches every aspect of our lives, from the mental health of our other children and the impact on our careers and finances, to our decisions about going away.

It doesn’t help that the stigma around ADHD, addiction, and even suicide is still rife.

Because suicides are not reported in the media, most people are probably not even aware that in 2019 it was the leading cause of death among Australians aged 15 to 24.

I am also conscious that therapy comes from a place of privilege that other parents in a similar situation can’t afford, but even with the financial resources, no therapist is on call 24 hours a day, or each time we’re speeding down the highway to save our son, feeling desperate.

And, naturally, parents tend to prioritise their kids' treatment over their own, in the hope that someday they will reach a place of happiness and independence.

During the last crisis, I phoned more than 20 psychiatrists for an appointment for my son and the earliest availability was three months later.

Which leaves parents with few choices during these crises: to take their kids to a mental healthcare unit - which many kids are unlikely to agree to when they’re in a highly emotional or psychotic state - or to call out an ambulance or the police, the ramifications of which we are understandably nervous about.

The government keeps bragging about its investment of millions into mental healthcare, but as someone in that system, I see little evidence of funding at the grassroots level.

Some improvements have been made in terms of police training, but while I agree that education is fundamental to the way we treat people with disorders such as ADHD, Autism Spectrum Disorder, and Bipolar Disorder, what we need right now is comprehensive staff training in hospitals, an increase in the number of psychiatrists and beds on our psych wards, and more rehabilitation centres.

Thanks to COVID, this problem is unlikely to improve anytime soon. And my fear is that if the government bungles mental healthcare like they have the vaccine rollout, many of our young adults will fall through the cracks.

Reply
Upvote
Thank you for sharing your story. As a parent who is dealing with very similar issues it was an interesting read to see that others have experienced the similar frustration of desperately seeking help from multiple sources only to be told of months long waiting periods. We are in a situation where our daughter is mid teens so we have the reassurance of her living with us. I can’t imagine the anxiety that you must feel with your son living independently. Telling your story was very generous of you- hopefully making people realise that there are other people going though similar things and that you aren’t alone.
D
desley_brown19 10 months ago