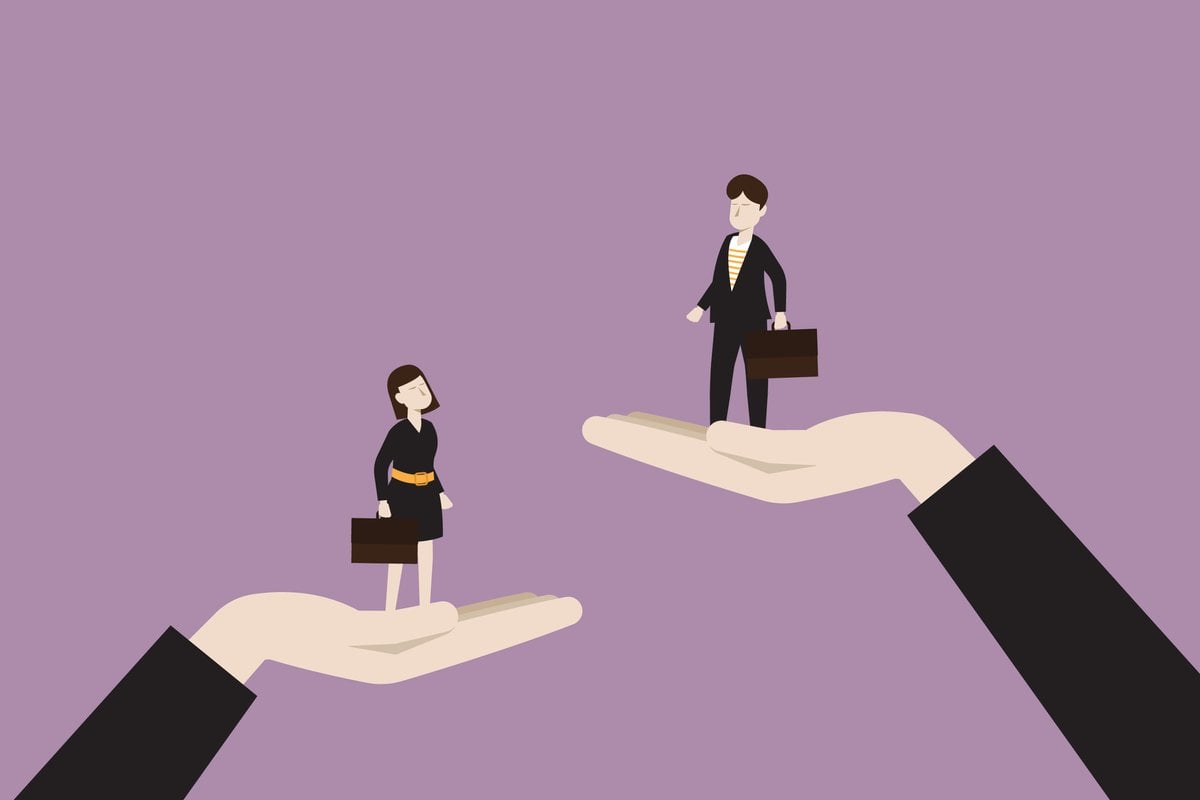 Not that you need one, but here’s another reason to hate COVID-19.

Australia’s national gender pay gap has widened during the past six months of the pandemic – up 0.8 percentage points to 14.2 per cent. That means women working full time are now taking home $261.50 a week less on average than their male counterparts.

Watch: Men vs women negotiating their salary. Post continues below.

Today marks the 61 extra days women have to work from the end of the financial year to achieve the same average annual pay as men. Put simply, women would have to work 14 months of the year to earn the same as men.

You’re probably not surprised, but you are right to be angry. After all, we’ve been working to close the gap for decades, and while it’s lower than its peak, this is still a backwards step that we can’t afford.

At the current pace, it will take 26 years to close the total remuneration gender pay gap.

Equal Pay Day is a symbolic reminder of all the structural and cultural drivers that work against women’s equality, including outright discrimination, as well as factors relating to family and care (including interruptions in paid work, part-time employment and unpaid care and work) and industrial and occupational segregation.

Australians value fairness, but our board rooms and decision-makers still don’t adequately reflect the make-up of our communities.

Not only do women often encounter bias that makes it harder to get to the top, even when they make it, the pay gap persists for women in leadership roles – in fact, it’s even greater.

Increasing diversity in leadership can drive positive change within an organisation. Evidence shows that having more women in top positions has trickle down effects for the whole organisation – and bringing more women into the room can improve behaviours in male-dominated workplaces.

Although we know that increasing workplace diversity benefits everyone, there’s a lack of data on pay gaps for Aboriginal women, other women of colour, LGBTQI, and others who are more likely to be discriminated against because of their identity as well as their gender.

We can expect there’s a compounding effect that creates a greater gap for these women.

The gender pay gap begins at graduation and widens over time.

Listen to The Quicky, Mamamia's daily news podcast on fixing the gender gap. Post continues below.

A particularly worrying outcome of this gap is that women retire with half the superannuation compared to men – consequently, 40 per cent of single retired women live in poverty and 44 per cent of women with a partner must rely on their partner’s income to support their retirement.

The WGEA data shows women’s average full-time wages are lower than men’s across every industry and occupation in Australia. Women working full-time earned on average $1575.50 in a week, while male full-time workers were paid $1837. On a per-hour comparison, men earned $2.20 more than women.

The industries with the largest pay gaps included professional, scientific and technical services, which have a 25 per cent gap, and financial and insurance services at 24 per cent. Healthcare has a gender pay gap of around 21 per cent.

The increase in the gender pay gap this year is driven by high earnings growth in the construction industry, a male-dominated industry, which also received a boost in the face of COVID.

As workforce data reveals, women are more likely to be in casual or part-time employment, and work in industries such as travel and hospitality that were impacted most.

This new data doesn’t put a value on all the unpaid work done at home and caring for relatives – and we know who does the bulk of that. Imagine what the gender pay gap would look like if that unpaid work was included!

The WGEA report is further proof progress made on gender equality outcomes can quickly disappear.

But let’s not just get angry – let’s get even.

WGEA Director Mary Wooldridge says research over a number of years proved employers that consistently did pay audits closed their managerial pay gaps faster than all other companies.

These audits help employers identify and address discriminatory pay, to ensure that women are equally compensated and valued.

Pay audits are part of the requirements under the new Victorian Gender Equality Act, which provides the authority for my role as that state’s first – and Australia’s first – Gender Equality Commissioner for the Public Sector.

I am confident that these audits of Victoria’s public sector bodies – including all local councils and universities – which are due on December 1 this year will help close the gender pay gap faster because it will highlight where the problems are.

It will also close the data gap by including intersectionality and allow us to see where inequality is compounded for Aboriginal women, women of colour, women with disability, LGBTIQ and more.

Of course, it’s not enough to simply measure the problem: under the Act organisations must also make a plan, take action and make real progress in addressing the issues. If they don’t, they can be held accountable by me, as well as their staff, the general public and their clients.

Two years from now, I’ll get progress reports – and the legislation requires meaningful improvement. I’m hoping it won’t come to it, but I will not be afraid to call out those organisations that don’t show serious improvement over time.

After all transparency is key – by requiring organisations to provide this data and make it public, we’ll have the clearest picture ever of the nature of gender inequality in these workplaces and how to address it.

These aspects combine to give us the strongest chance of closing this stubborn gap – and showing the rest of the country how it’s done.

Dr Niki Vincent is the Commissioner for Gender Equality in the Victorian Public Sector.